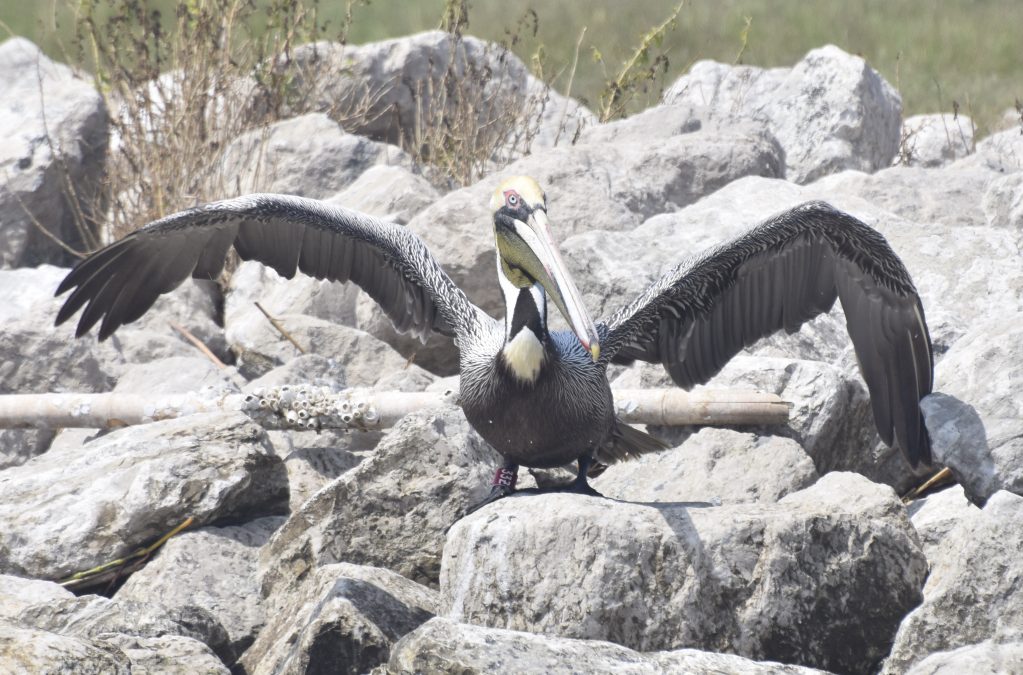 The distance is about 700 miles as the crow flies. But a brown pelican transported from Louisiana to Georgia in 2010 was bound and determined to cover that ground and return to the Bayou State.

And back home it is.

This brown pelican was covered in oil during the Deepwater Horizon Oil Spill in 2010, rescued and cleaned then flown to and released in Georgia. It was spotted in March on a rock jetty on Queen Bess Island in Barataria Bay by a Louisiana Department of Wildlife and Fisheries (LDWF) biologist.

The pelican was tagged “Red 33Z” when captured on June 14, 2010, at the Empire Jetties in Barataria Bay in the wake of the giant oil spill. It was taken to a triage facility and then to a rehabilitation facility in Louisiana. After that, it was taken via plane to a U.S. Coast Guard station in Brunswick, Georgia, and released on July 1, 2010.

“It’s truly impressive that it made its way back from Georgia,’’ said LDWF biologist Casey Wright, who spotted and photographed the pelican last month. The 33Z tag remains on the pelican’s right leg and can clearly be seen in the photograph taken by Wright. It isn’t known exactly when the bird came back to Louisiana.

“Brown pelicans, like most seabirds, are thought to be hard-wired, genetically, to return to their birth colony to breed, despite moving long distances during the non-breeding season,’’ LDWF Non-game Ornithologist Robert Dobbs said. “That may be an overly simplistic generalization, but re-sighting data of banded pelicans often support that pattern.’’

The pelican was one of 582 successfully rehabbed during the aftermath of the spill. More than 5,000 birds, dead and alive, were collected in Louisiana because of the disaster. This comprised approximately 65 percent of the bird recoveries throughout the Gulf of Mexico. Brown pelicans made up 22 percent of all recoveries. Data suggest that the spill resulted in between 51,000-84,000 birds killed, and the actual number was likely on the high end of that scale.

Eleven birds that were unable to be released were taken to zoos.

Queen Bess Island, which was heavily impacted by the oil spill, is a key colonial water bird nesting colony that accounts for 15-20 percent of young brown pelicans hatched in Louisiana in a given year. The island, managed by LDWF as a refuge now, had been reduced to about five acres of available nesting habitat before the restoration project in 2019-20. It now has about 36 acres. 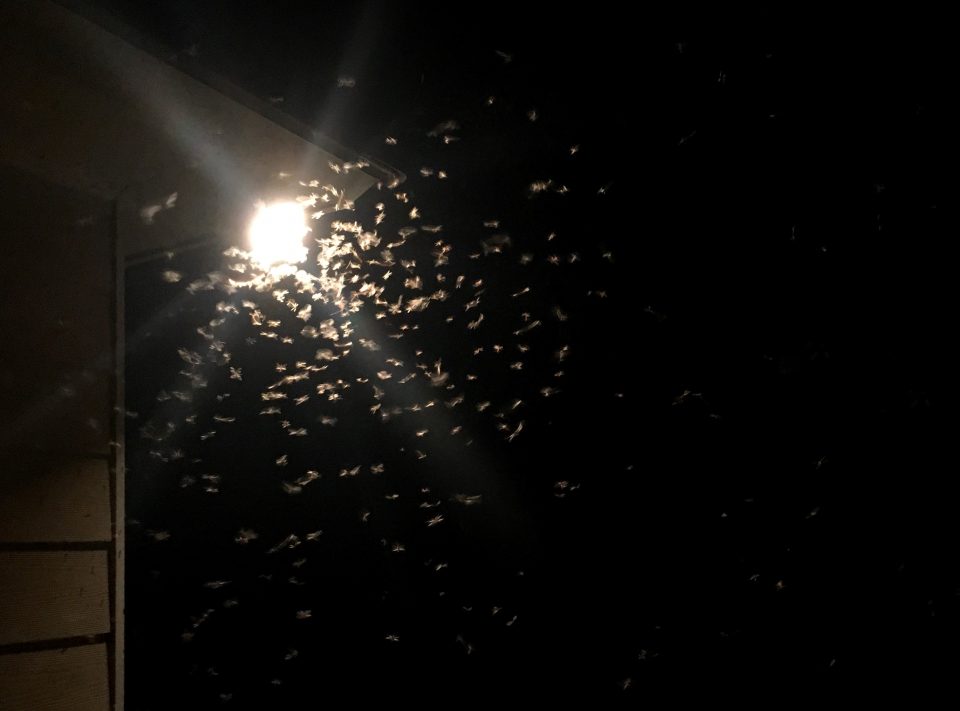 Swarming termites attracted to a flood light. They will be swarming through June. There can be thousands around one light. Photo by Qian “Karen” Sun/LSU AgCenter

What you May Not Know About Termite Swarming Season