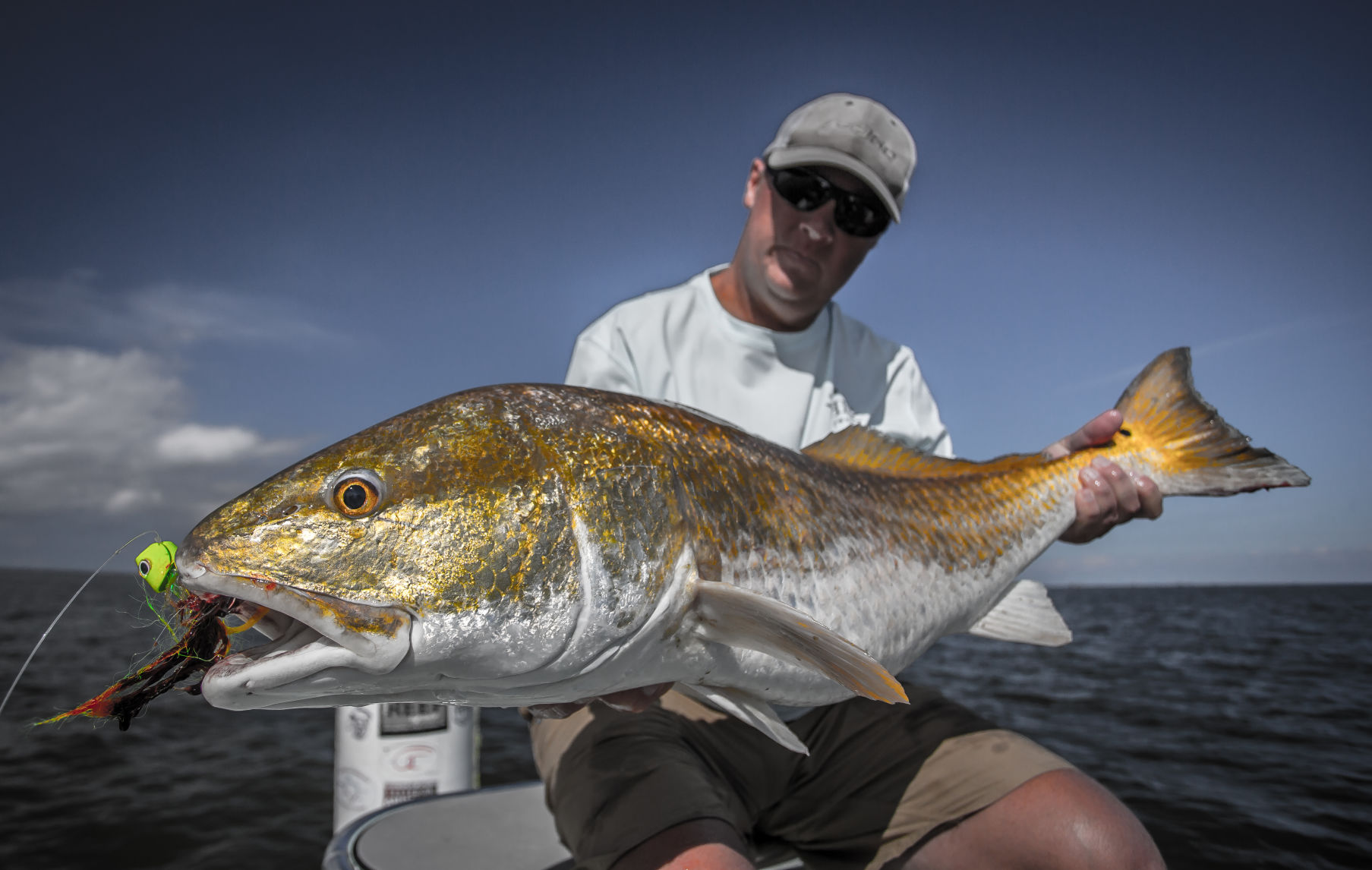 Summer is still hanging on at times locally — even if by just a thread. Several days this past week had high temperatures above 85 degrees.

But make no mistake — autumn is preparing for its seat at the table, too, and that’s changing the way that people are catching fish.

A late-week cold front, combined with another weekend front dropped high temperatures into the 70s with low temperatures even touching the upper 50s in some places.

The autumn fronts are good for anglers. They’re sparking the beginnings of the busiest time of the year for local fishermen who are hungry to sink their hooks into massive redfish and trout — two of the biggest prizes of the autumn and winter fishing season.

“It’s almost all the way here,” Houma native Ross Toups said. “These little fronts are starting to change the weather pattern and we’re hearing that people are loading up on some pretty fish. I’d say once the weather changes all the way, we will see things really pick up. For us, this is the best time of the year.”

In lower Lafourche Parish on the stretch of marsh between Leeville and Fourchon, things are beginning to heat up on the water — even while temperatures are cooling down.

“It’s just a great time to be outside,” he said. “There’s a good feeling to the air.”

But the anglers aren’t just out there to get their Vitamin D. They’re catching massive fish, as well. Besson said the red fish in the marshes have been hitting. Speckled trout have been a little more finicky, Besson said, but they tend to become more available once the weather turns from cool to cold.

“The reds are hot right now,” Besson said. “You’d have a hard time to not catch them right now. They’re out there and they are almost jumping into the boat. It’s going to be like this for the next several weeks, too.”

While the marshes in southern Lafourche Parish are hot, the action about 15 minutes to the south in Grand Isle isn’t as ripe.

Inshore fishing on the island has been prime, but the early-autumn fronts have just about ended the offshore fishing season, as seas have become too high for boaters to get on the water.

On the rare warm day, some anglers still try and brave the elements and get deep into the Gulf of Mexico. But those opportunities will be few and far between in the next coming weeks as warm days will be harder to find.

“The offshore season is just about over,” Cut Off man Reese Guidroz said. “You can go out there, but you need a huge boat or you’re going to take a beating. Right now, almost everything will be inshore. It’s not worth it. You can’t have a good time. It’s like being on a roller coaster.”

Further inland north of the Leeville/Fourchon area, Bayou Lafourche is home to freshwater cats and bass and anglers have filled ice chests with both in recent weeks.

Folks have reported success jug lining in the bayou with delicious freshwater cats.

Freshwater fishing is also hot in Terrebonne Parish with anglers having success with both bass and sac-a-lait toward Bayou Black.

Houma native Bill Toups said lower water levels have been good to anglers, touting that even better days are still to come.

Toups said the early-season fronts are good, but prime conditions begin when high temperatures are in the 50s — if not lower.

“When the waters get lower, we will see the best time of the year,” Toups said. “It’s been really good to have those fronts. They’ve helped us a lot. Now, we need more of them to come to really get things rolling.”

On the other side of the parish in lower Terrebonne, anglers are seeing a similar pattern as in Lafourche with huge bull reds and redfish filling up boats.

Speckled trout have been spotty, anglers said, but that is expected to change in the coming days when we officially transition out of summer and into fall and winter.

The only hinderance to locals right now is rain and the downside to fronts are that they often come with 8-12-hour periods of rain and wind.

Next week’s forecast calls for spotty showers and temperatures in the upper 70s. •