A Letter to the Girl Who Didn’t Get Asked 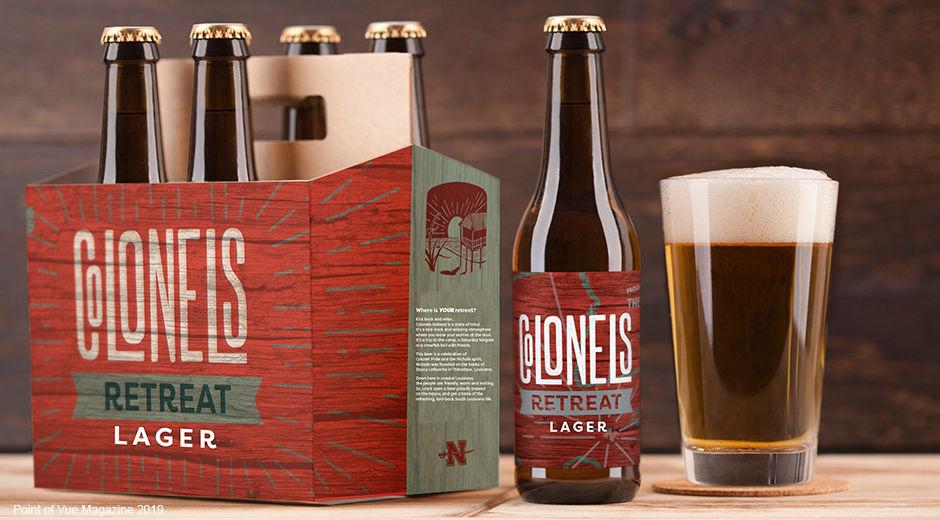 It all started with an idea, as most great things do, many years ago in Colonel Country. What if Nicholls had its own beer? Something the University, its students, faculty, and fans could enjoy while also giving back to the school they all know & love… it’s brilliant! But where to start?  The staff of the Nicholls Office of Marketing & Communications and Nicholls Alumni Affairs quickly got to work to find out.

After many years of researching brewers and distributors, awaiting legislation hiccups, and getting key support on board, the current administration gave the Nicholls beer project its blessing; and staff members were ready to press forward. Thus, the Colonels Retreat beer was born.

Director of Alumni Affairs, Katherine Mabile, spearheaded getting the project off the ground along with the Director of the Office of Marketing & Communications, Jerad David, who states, “Once we were approved, we decided on partnering with local leader in craft beer, Bayou Teche Brewing. They have been really great to work with.” Based in a small town north of I-10, family-owned Bayou Teche Brewing prides itself on producing beers that reflect our unique handcrafted Louisiana lifestyle, and the Colonels Retreat is no exception.

Next, the team looked no further than their own backyard. “I’m really proud that we were able to utilize student talent,” Jerad shares. “The students in the Nicholls Marketing Department conducted a market research project to the compile data we needed. Then we brought it to the graphic design students in the Nicholls Art Department for a brand concept, including packaging. And boy, they delivered! They really did a stand-up job producing the look of the whole Colonels Retreat brand.”

Jerad and Katherine were so impressed with the branding that it got their wheels turning. They are planning to develop some other Colonels Retreat merchandise, like hats and t-shirts, to compliment the beer. And being that every purchase of the brand directly benefits the University and its students, why not? Royalties from the sales will go straight to Nicholls scholarships, the Alumni Federation, and more.  There is also talk of getting the Nicholls Farm involved in other products like wine and honey, once it’s fully renovated; and possibly utilizing the Chef John Folse Culinary Institute to develop a custom spice. “The sky’s the limit, this was just the first step,” Jerad beams.

Next, two tastings were held. One at the Office of Alumni Affairs, and one at the office of the Colonels Retreat distribution partner, Buquet Distributing, in Houma. “Bayou Teche Brewing offered us three options,” Jerad, states, “and all of them were awesome. But we finally narrowed it down to the lager. Who knows? We may be able to bring the other two to the market sometime in the future as well.”

So, when do we get to taste it?

The Colonels Retreat beer will be officially launched at the first Nicholls home football game of the season on October 5th at the Alumni Federation Tailgating area.  Sodexho has also agreed to sell it at the stadium during games, and it will be available at Rouses Markets that week.

“We are looking forward to the success [of this project],” Jared says. “We’re excited to see what the next step will be.”