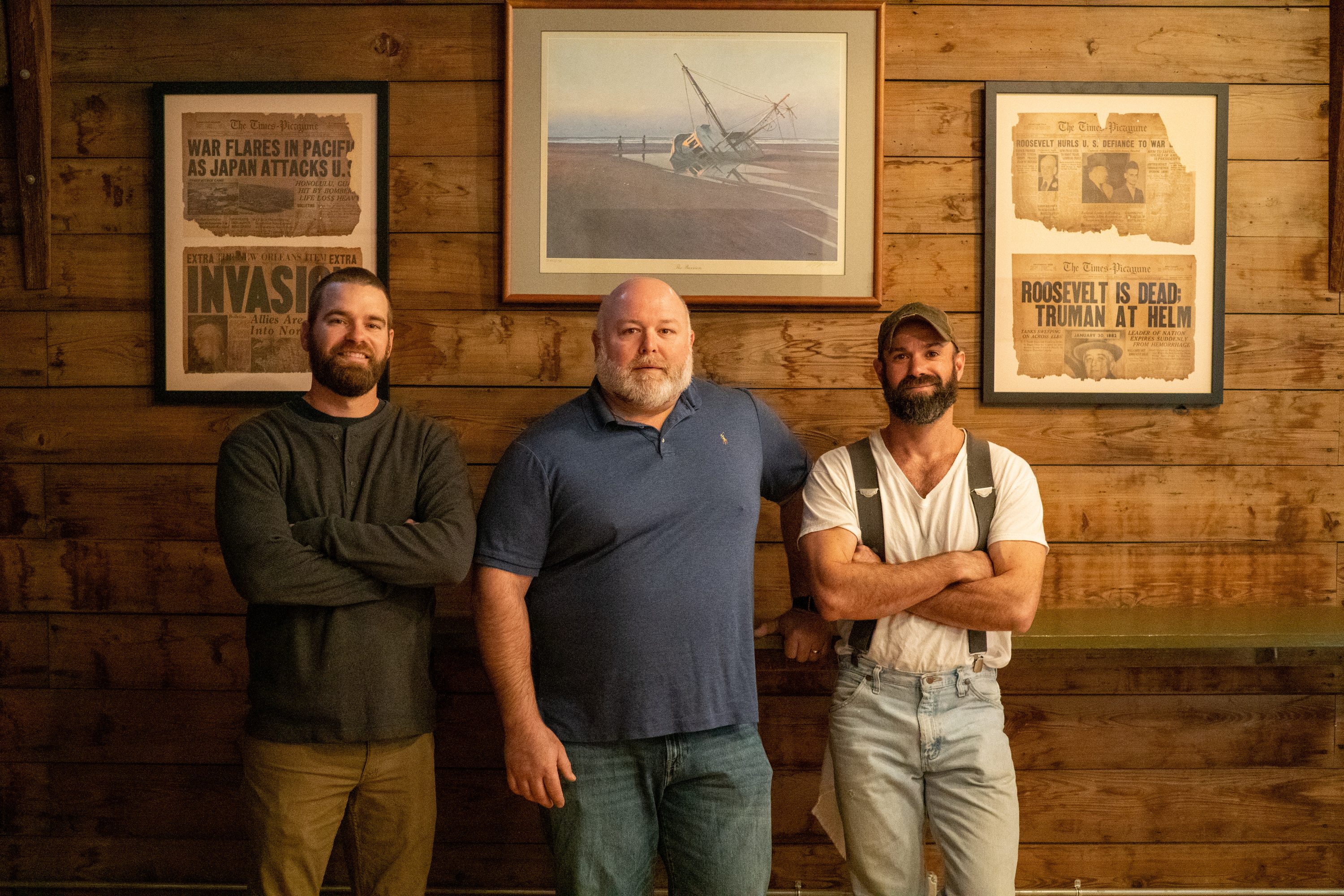 A Taste of Authenticity

“Authenticity is at the heart of success.” — Unknown

When people take pride in where they’re from, they search for local products that carry that feeling through their taste, story or brand. Houma’s Bayou Terrebonne Distillers has all three.

Two hundred and eighty-nine bottles of the authentic Louisiana whiskey were reserved in the first 72 hours, says Noah Lirette, who runs the distillery with his cousins Nick Hebert and Rodney Lirette. “It’s a good looking whiskey. It’s mature; it’s been in those barrels for quite a few years,” Noah says. “And it’s got a good taste.”

Noah says they were serving the whiskey to patrons in the facility’s bar room, making different cocktails for them to try. “People seem to like it, seem to enjoy it,” he continues. “And it’s a good thing because once we bottle all of it, it’ll be gone forever.”

Bayou Terrebonne Distillers opened up to the public around Mardi Gras, hosting private and public tours that give guests a behind-the-scenes look at the distilling process and educate them on the history of the family and the historic building. The bar room is another feature of the facility, where patrons can try out Bayou Terrebonne’s different products such as LA-1 and “Contraband,” an unaged white whiskey.

“We’ve had very positive feedback, both with our product and our facility,” Noah shares. “I think people really appreciate the genuine nature of our operation and the story that we have.”

Noah, Nick and Rodney are all the great grandchildren of Lily Lirette, who began making moonshine along the bank of Bayou Terrebonne to support her family during Prohibition. According to legend, local revenuers looked the other way because her moonshine was so good.

About a 100 years later, her great grandchildren are continuing her legacy with Bayou Terrebonne Distillers, the first distillery in Terrebonne Parish. “People see the authenticity of our story,” Noah says. “They know it’s more than just a hobby; it’s a tradition for us.”

Not just because of their story and the historic facility in Downtown Houma that they produce the whiskey in, Noah also highlights that it’s the quality of the product that brings the people in. “If the quality isn’t there, then you’re not gonna keep a good customer base,” he adds. “We’ve had excellent reception on the taste and quality of our spirits thus far.”

After they opened up the distillery to the public, the COVID-19 pandemic hit the Bayou Region. The family had to adjust, temporarily closing down the facility to the public and suspending normal operations for about a month. But during that time, they were able to produce a product that’s been vital in the fight against the coronavirus — hand sanitizer. Noah says they made approximately 200 gallons of hand sanitizer, and the distillery sold some to the state and businesses and donated some to museums, the library and public venues.

“We knew that we could, and if we could, we should,” he remembers. “…We realized there was a demand for this product, and we needed to make some money in the meantime, while we couldn’t service customers and get our product out there.”

Around press time, in mid-July, Gov. John Bel Edwards ordered all bars, including those with food permits from the Louisiana Department of Health, to be closed to on-premises consumption, limiting them to curbside takeout or delivery service. Therefore, Bayou Terrebonne Distillers had to close its bar room to the public again.

“It’s unfortunate. We’re a very new business; interacting with customers is how we grow and how we get our name out there,” Noah shares. “Being so new, so young, it’s definitely a hardship for us.”

Fortunately for the family, they can still produce their whiskeys under the new order. Noah says “Good Earth,” a bourbon whiskey aged in barrels whose name means “Terrebonne” in French, will be available around Christmas.

“[Closing the inside of bars] was a tough break for sure. But we just gotta keep on going, keep on making whiskey,” Noah says. “…Once things are back open, come visit us.” POV