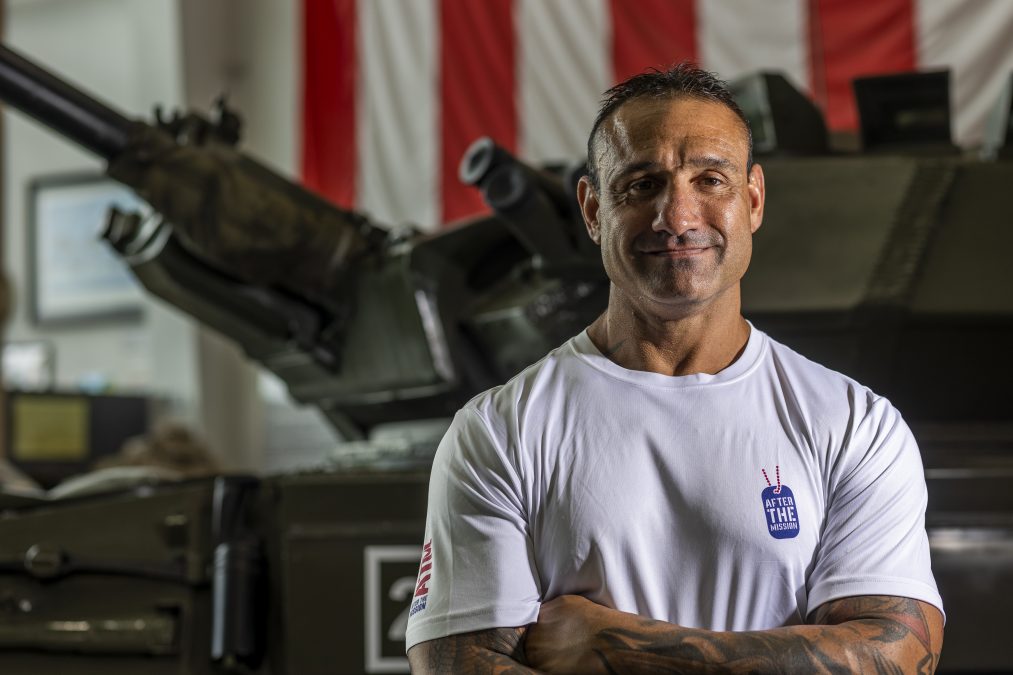 Riding a bicycle from New Orleans to Key West, Florida, and then on to Washington D.C. sounds like a fantasy, but it was very much a reality for Houma activist Ricky Folse. Ricky said the 2,400-mile trip wasn’t easy, but it was important to him to complete as he raised awareness for veterans and the new battles they face once they return home after the mission ends.

Ricky completed the trip in a nomadic fashion, traveling from city to city, visiting homeless centers where he focused on volunteering at soup kitchens and camps. ”It was the best time of my life because I was able to wake up every day just to help people,” he said. “I wanted them to know they were not forgotten and that I care about them. That myself and the people behind me want better things for them.”

Veterans, and more specifically ones who suffer from post-traumatic stress disorder (PTSD), are near and dear to Ricky’s heart. Not only does he have family members that are veterans, but through his career in mixed martial arts (MMA) and as owner of the Tree-A-Nator tree services, he’s met friends that are veterans. His father practiced martial arts and Ricky said he remembers his father working out three to four hours a day since he was a child and that inspired him to get into the arts as well. He worked at it as a kid, but it was at age 19 that he decided to get into the sport.

Ricky has had almost 80 fights between MMA, pro-boxing, kickboxing, and four years of training in Thailand. It was in Thailand he met two combat veterans that became his close friends. Upon returning home in 2019, COVID changed the world forever, and his veteran friends were stuck at home, battling their demons with PTSD. Both of them started drinking to deal with the harrowing thoughts and memories. One went to New York to check into a VA rehab. His other friend lost his battle. This is what led him to plan the bicycle trip in 2021, “I wanted to do something,” he recalled. The week he left for the trip, he lost yet another friend who struggled with PTSD.

When Ricky returned from the bike trek, he was full of emotions, passion, and a new purpose. He took his experiences from his journey and the pain of losing friends and founded a nonprofit that focuses on veterans and PTSD awareness. He chose the name After the Mission. “I chose that because when they come back, they don’t have a mission anymore, and it gets to them,” he said. “That’s why my heart’s into it…because of all of the suffering I have witnessed.” 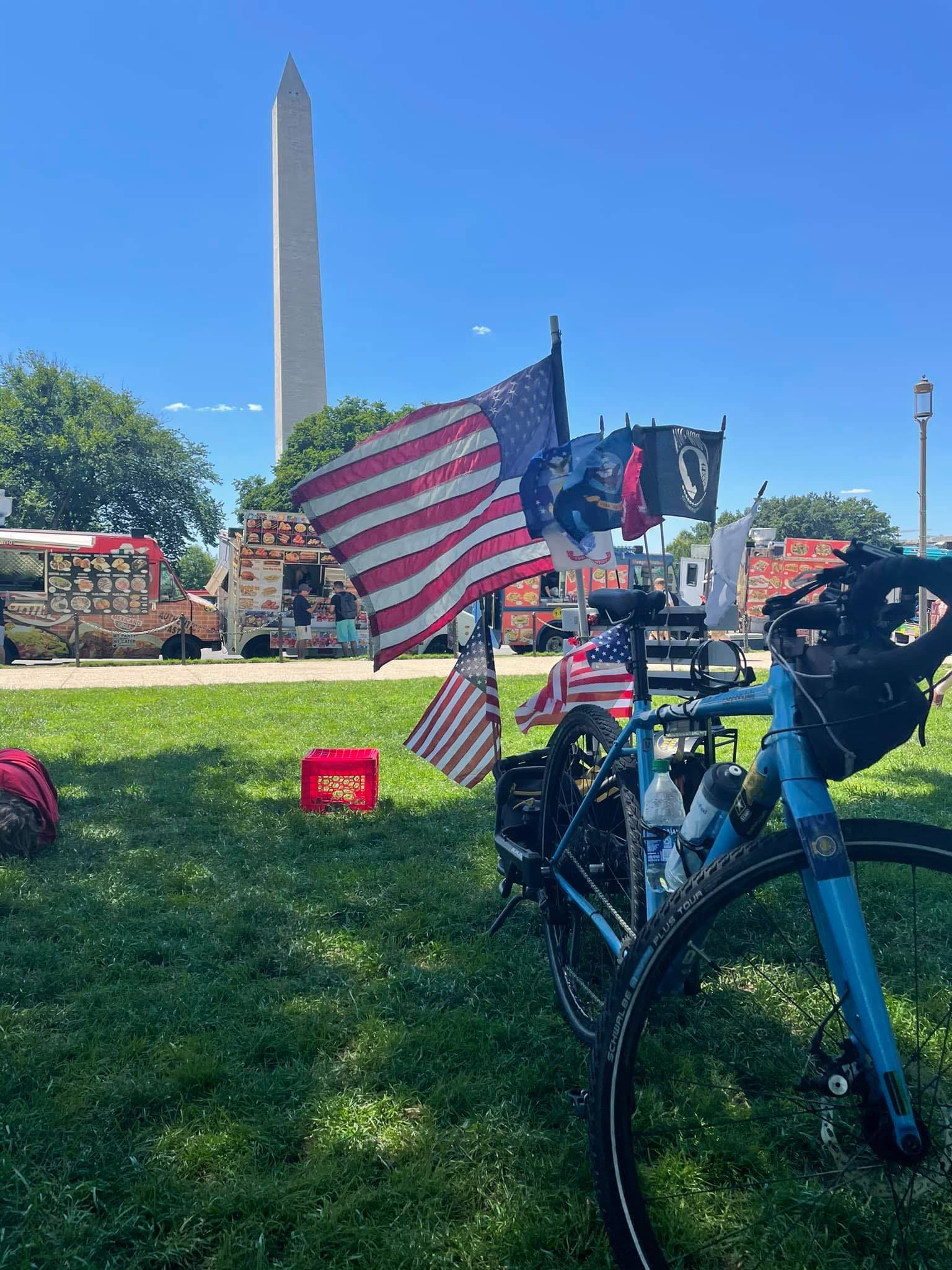 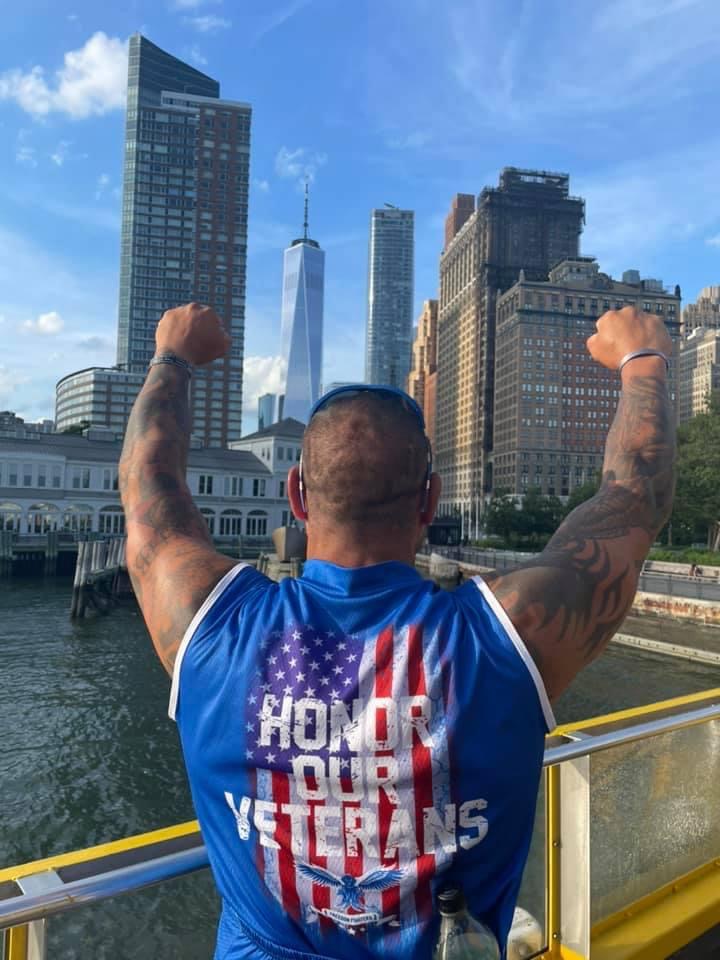 After the Mission held its first official event in May at On The Canal Bar in Houma. The event showcased big name DJs and was well-attended by local and regional supporters. So far, Ricky said he has had great support from local and state leaders, friends, and family for the cause and he plans on continuing events and fundraising to raise awareness, and remind veterans they are not forgotten.

While Ricky’s last fight was supposed to be in 2019 when he left Thailand, he came out of MMA retirement to jump in the cage at the Houma-Terrebonne Civic Center in late June for the “Summer Salute,” a huge local fundraiser that drew large crowds both in-person and on the live stream. Ricky reiterated that the proceeds made from these events goes straight to the non-profit to continue advocacy efforts and allow them to inch closer to their ultimate goal.

The ultimate goal is to establish a local veterans’ retreat to help veterans transition into a foreign world, our everyday world, after serving. “They’re trained to go to war, but they come home with these experiences they feel alone with, and left with bare resources,” he said. His goal is to buy 12-15 acres of bayouside property on the outskirts of Houma. He envisions the retreat to have a wooded-area, nature trail, obstacle course, softball field, a pavilion, a building for veterans to have meetings, a bunkhouse, and a dock along the water for recreation.

The second phase involves bringing in five-to-ten tiny homes to create a place for detoxed veterans getting out of rehab or who are homeless to have a safe place to transition into the world. Ricky also said they plan to help veterans get resources they may need. “We’ll help them get jobs by people who appreciate them in our community. We’ll help them get counseling by other veterans, and get into physical fitness programs,” he shared.

Ricky envisions the retreat being operated by veterans as well, which will allow the veterans who need the help, to be helped by those who have walked in the same combat boots. He also shared the phase three vision, which includes apartments that provide low-income housing for veterans. “A lot of the jobs in the military don’t transfer over,” he said. “Think about it. These men and women have people under them. They drive million-dollar equipment, come back here, and get jobs such as sweeping the floor. I couldn’t handle that. How can we expect them to?”

Meeting veterans on his journey and having to experience loss because of the system’s deficiencies when it comes to veterans taught him one big lesson– it’s unacceptable how hard veterans need to fight after they come home. “Our veterans, living in the streets, sleeping in tents, living under bridges, being delayed and denied their benefits, and they just give up and die…that’s unacceptable. I will not stop until I have people marching in the streets with me to fight for our veterans the way that people fight for other causes. We have to march for the people who have fought for everybody to have the right to protest,” he said.

For more information or to support the mission, visit afterthemission.net.