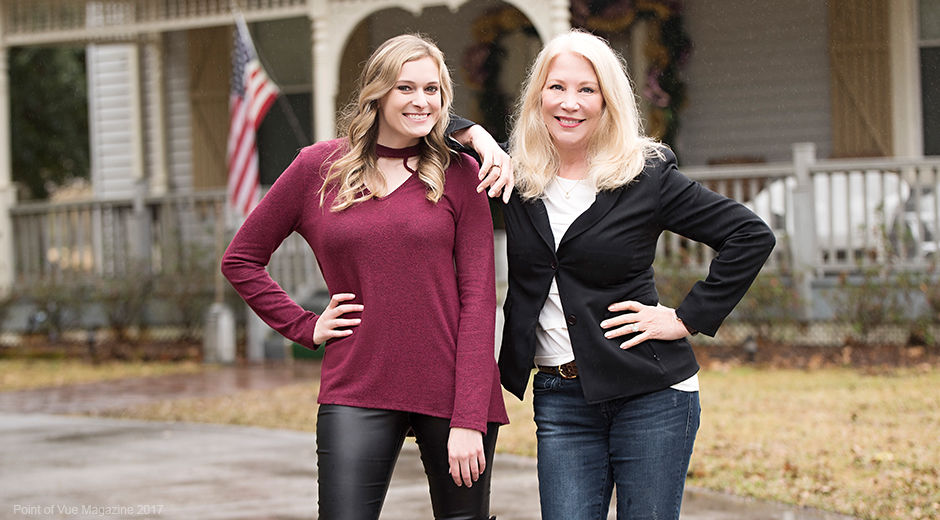 All You Need is Love

In 1979, while making a home visit to inquire about two children who were missing school in Houma, Sister Rosario O’Connell discovered a sick infant lying in filth on the floor of the home and a sibling that wasn’t sure where their mother was. Sister Rosario placed a call to child protective services but was told that since there was nowhere to place the children, nothing could be done.

Tiny in stature but full of Irish spitfire, Sister Rosario made it her mission to create a safe haven for infants and children.  She opened the Louis Infant Crisis Center and developed a program to help nurture and save these children based on a simple idea of faith and love. The Center focused on healing the child by addressing their negative behaviors and providing a safe and nurturing environment in which they could heal.

Sister Rosario passed away in January 2016 but her program lives on. The Louis Children’s Crisis Center is currently run by executive director Carolyn McNabb and assistant director Paige Liner.

“I met Sister at the office when I was right out of law school,” shares Carolyn, “and I fell in love with her. Every now and again she would butt heads with the state over what was best for a certain child and she was relentless. And when she couldn’t get anywhere, she would send me after them. She taught me everything I know about child advocacy.”

As Sister Rosario was getting up in age, she was starting to get worried about how the program would survive after she was no longer there. Carolyn had a thriving law practice but knew she had to help. “As Sister’s health started failing, she could not stand the thought of the program shutting down,” explains Carolyn. “But she also couldn’t stand the idea of someone inheriting the program that didn’t care as much for kids as she did. And she knew I did. She knew I didn’t have my own kids and would have the time to dedicate to the kids.”

Carolyn has since closed her last case and is making the transition to working for just the Center full time. She plans to continue to do exactly what Sister Rosario taught her to do: focus on the kids first.

The Louis Children’s Crisis Center accepts children from the state department of child and family services. If it is determined that a child must be removed from their parents, that child can be placed in a group home such as this one. All of the children at the Center come from outside of Terrebonne Parish. They are licensed to care for children from ages 2 -13 years old, both boys and girls.

“We basically take kids that are in state custody and feed them and clothe them,” explains Paige. “We take them to school and enroll them in extracurricular activities. We teach them morals and right from wrong. They are so broken when we get them. We are their mothers.”

The majority of the children that come to the Center are in crisis. The Center helps to get them in therapy right away and helps adjust their medicines. They try to dig deep and customize their treatment based on exactly what their problems are.

“Some of them are in such hostile situations,” shares Paige. “They are so grateful when they come to us. The younger they are, the harder it can be. They miss their parents for a while but then they kind of have their moment then the wall comes down and they trust us. It takes a while for them to let their guard down and know we are here to love them and care for them and not hurt them. It’s a process.”

“The children’s bad behavior is for a reason,” states Carolyn. “They are trying to tell you something. It’s our responsibility to discover what it is they need and provide that to them.”

Carolyn and Paige have big plans in place for 2018 to continue on with Sister Rosario’s mission. Carolyn plans to journey to Baton Rouge to visit with some of the departments and determine if the laws that are currently in place are the right ones that ultimately help the children the most. Her goal is to help the state truly understand that if they can send them to the Center or a group home such as theirs first, they can help get the child ready to live with a family much faster, saving the state money and years of crisis in a child’s life.

The Center receives a small per diem per child from the state and a small allowance for clothes and incidentals. This money truly takes care of the bare minimums. All of the extra things the Center provides for the children are paid for by private donations.

“I am very thankful for the community support Sister built up over the years,” says Carolyn. “It helps us normalize these children and let’s them have experiences that normal children have like going to museums or even to the movies.”

Carolyn’s current wish list for the Center includes a chicken coop and a vegetable garden. They want to be able to teach them how to take care of something and the importance of raising your own food. Carolyn hopes to teach the children meaningful skills and responsibility.

“To Sister, these weren’t just any children. They were her children. She knew each and every one of them personally, knew their stories and knew the ways they had been hurt and needed to heal,” says Carolyn. “This is how I am with them. I know them. And I love them. It is an honor to carry on in Sister’s name.”