The Call from the School Nurse 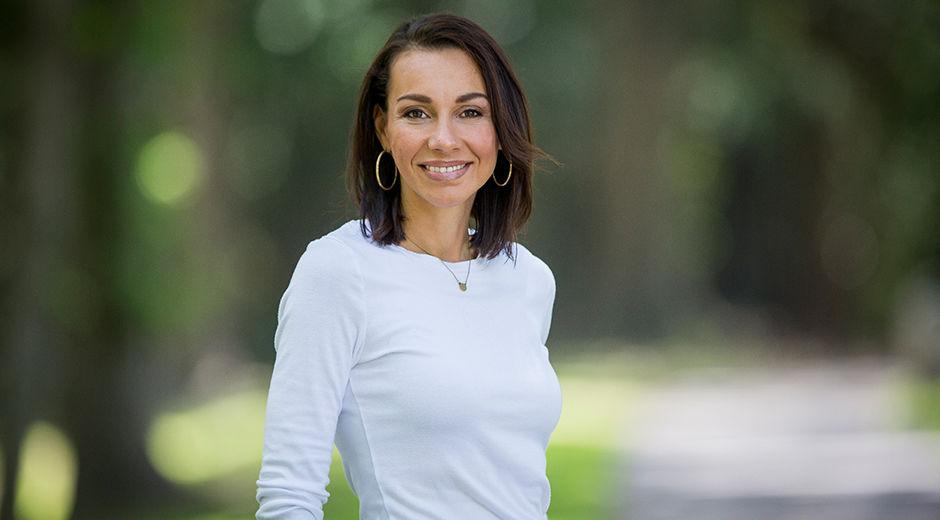 A broken upper and lower jaw. A tibial plateau fracture in the right leg. A blood clot. A completely crushed left side of the face. A brain injury. And a life-threatening aortic dissection.

But an unbroken spirit.

If you met Galliano native Erica Callais Howell, you wouldn’t realize she went through such a traumatic incident one morning in January of 2018 that left her with the above-mentioned injuries.

She credits her faith, family, doctors and community for her remarkable recovery, but two factors that undoubtedly are reasons for her rehabilitation are her perseverance and positive outlook on life.

“I’m just blessed that I’m here. There’s so many more important things in life than dwelling on that one negative that happened in this case,” Erica shares. “That was probably the hardest time of my life, but it also led to my greatest accomplishments.”

In a cruel twist of fate, it was accomplishing goals she set for herself that would eventually lead to her near fatal encounter.

As part of their New Year’s resolution in 2016, Erica and her husband, Jonathan Howell, made a decision to pursue a healthier lifestyle. “When he and I first decided to do it on January 2nd, we actually came walk here on the Nicholls’ track, and one mile was a struggle, just walking,” the Thibodaux-resident remembers. “So little by little, I realized that I kind of enjoyed walking/running.”

Erica began running in her neighborhood and eventually ran into a friend of hers, Jamie Rodrigue, who also lived in and jogged around the neighborhood. Jamie introduced her to Abby Tregre, another exercise enthusiast, and the trio got into the routine of meeting up and running together in the early mornings.

Jamie and Abby’s goal was to run a marathon; Erica had no intention of joining them. However, after realizing she had trained with them enough to possibly accomplish this feat, she decided to run alongside her partners and signed up the week of the marathon.

“That was, I think, an example of mental endurance, more than physical. I was surrounded by some great cheerleaders with Jamie and Abby, and we worked together to complete the marathon,” she says.  “…The overall sense of accomplishment was amazing. It’s something, when I look back, that was never a goal and never thought that I would be able to accomplish. I’m proud of us that we were able to do it together. ”

“The mental fatigue of it – committing to 26.2 miles – was definitely a window into the future,” she adds, “and the endurance that I’d have to continue as the journey progressed.”

Her mental endurance was vigorously tested after the morning of January 30, 2018.

Jamie and Abby decided to go exercise at a local gym, which lead Erica to run her route solo, at around 5:30 a.m. It was same route (from Brandywine Boulevard, to Kleinpeter Drive by way of LA 1, and back to Brandywine Boulevard) she had been running with the same essentials she always carried: a shoe light, reflective flipbelt, cell phone and MP3 player.

“When I was coming towards LA 1, in the front of Kleinpeter, a vehicle hit me, we believe, on my right shoulder. And from there my memory is pretty sketchy. We believe I hit my head there,” Erica says. “… After this, unfortunately, that person did not stop. At some point I got up and remembered thinking that I needed to get home, that I was hurt and needed to get home.”

Then, while she was incoherent and stumbling down LA 1 in an attempt to get home, a driver noticed something was wrong and pulled off to the side of the road to assist Erica. Another bystander stopped to help her as well, but this time it was someone she knew – Abby’s mother, Kathy Tregre. Unfortunately, even with those two trying to help her, another car coming towards the southbound lane of the highway struck Erica while she was wandering in and out of the roadway. That person did pull over after, however.

Kathy was able to identify Erica, who wasn’t carrying identification, and rushed over – after the scene had settled and Erica was being taken care of – to Erica’s house to notify Jonathan. Fortunately, he was able to be alongside her as she was transported to University Medical Center in New Orleans – a decision made by the EMT’s on scene.

“That medical facility had the ability to identify and fix my aortic tear. Most people that have that kind of tear unfortunately don’t make it because of time frame wise, the bleeding out,” Erica explains. “They were able to take me [to New Orleans], realize I had a tear, and pretty quickly – once they realized that was the injury – they were able to repair it without doing open heart surgery.”

The doctors then had to also remove a blood clot that formed before they were able to stabilize her.

With a total of two weeks hospitalized, multiple surgeries, a transfer to Thibodaux Regional Medical Center for more care and surgery, physical therapy, being out of work for six months and battling depression, it’s an understatement to say the months following the accident were challenging for Erica – who bears no ill will towards the person who hit her and drove away, and even says prayers for them. She persevered by remaining grounded in her faith and having an excellent support system consisting of her friends and family.

Erica continues to achieve what has always been her main goal: to be there for her husband and three children, Ethan, Caroline and Camille. She finished physical therapy this past January. Although she currently is unable to run at the capacity she used to, earlier this year, she was able to be a running partner for Caroline during a 5K fundraiser for her school. To keep up with her healthy lifestyle, Erica found other ways to remain active such as yoga, pilates and Zumba.

“Waking up with a purpose, every morning, I think helps,” she says for people going through different types of recovery and wanting to get back to their normal lifestyle. “Focus on the positives of each of your accomplishments every day…And you take it step by step.” POV