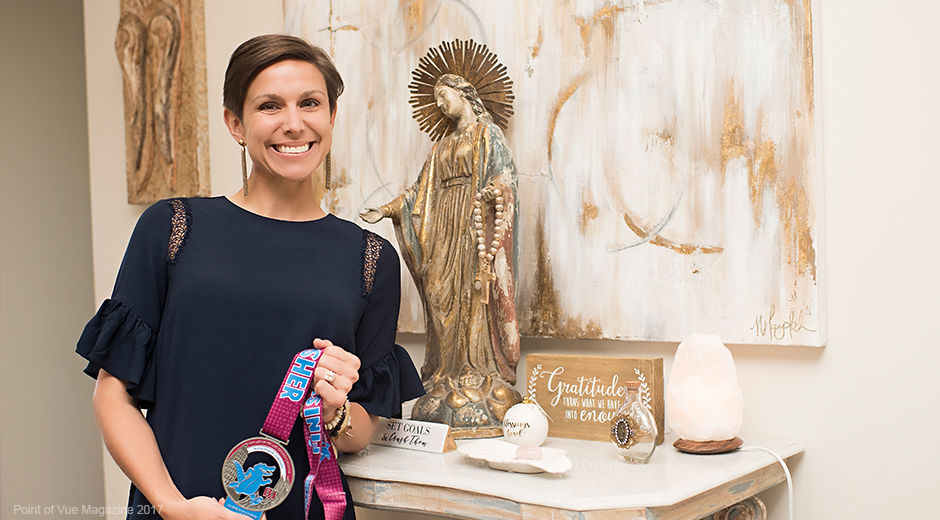 Last year, the Our Lady of the Lake Amazing Half Marathon in Baton Rouge was clouded by weather conditions that were unfavorable for its runners. Houma native, Sunny Downer, felt the cold rain and sleet the day would bring and got back in bed, willing to not even participate in the event. Later, she moved past her nerves and started the race, but at mile five of the 13.1 mile race, her worries began to creep back. She started to feel ungrateful, hurt, and sorry for herself.

That’s when she looked on the side of her and saw a little girl, with physical disabilities, being pushed in a wheelchair by a group dressed in bright pink—the signature color for members of Ainsley’s Angels. She noticed the smile on the little girl’s face and had a change of heart.

“I thought to myself, ‘How can I be ungrateful, complain, or take my mobility for granted when there is this little girl over here that is just enjoying this ride,’” Sunny says.

Sunny finished the race alongside the girl and team from Ainsley’s Angels, an organization that not only builds awareness for America’s special needs community, but also helps them experience the joy of starting and finishing endurance events.

It’s no surprise that Sunny was able to finish the race despite the grueling conditions, as she has proven herself able to persevere and shine through her darkest moments.

Just over seven years ago, Sunny was an alcoholic and addict. At her lowest point, she isolated herself from her family and friends and had suicidal thoughts. She describes them as not wanting to die, but not wanting to keep living the way she was living—hurting people.

Fortunately, she has a great support system in her husband Blair, and the rest of her family and friends. On Valentine’s Day, seven years ago, they assisted her in getting help and she checked into a rehabilitation facility in Mississippi, which Sunny calls “the ultimate gift of love.”

“I am blessed that everyone supports me,” she says, “That’s a huge driving force and blessing I have in my life, that they loved me unconditionally through it all.”

During the three months of treatment at the facility, Sunny got sober and recommitted herself to her faith and family. She later found an activity that helped with the treatment of her sobriety—long-distance running.

She and Blair started running together about two and a half years ago, after the birth of their second child, Huntington. It started as an activity they can do to spend time together and stay healthy for their children. Soon, it became a way for Sunny to carry the confidence she gained in running to other aspects of her life, such as business and motherhood.

“Sometimes I’m not so nice to myself,” says Sunny, “The first words out of my mouth for anything is I can’t. Running and triathlons have given me this outlet of putting a goal out for myself, committing to it, and then working for it.”

Another aspect of her life that’s helped her along this sober path is her faith in God. Besides her morning and evening prayers every day, Sunny also feels close to God when she is training for or participating in runs and triathlons. It keeps her not only mentally and physically fit, but spiritually fit too. Her spirituality leads her through her sobriety and her second chance in life, which she dedicates to the service of others.

After that faithful encounter with the Ainsley’s Angels group one year ago, Sunny joined the organization and started fundraising for them. She reached out to a family friend, 18-year-old Matthew Denicola, a marathon participant with cerebral palsy. She set out to raise enough money to get Matthew a custom racing chair, a needed upgrade from the traditional wheelchair his parents would push him along courses in before. They ended up raising enough money to get the chair and a trailer for the family to haul it in. After exceeding in this goal, Sunny set another objective—to push Matthew through the Amazing Half in 2018.

On March 11, the weather conditions held out for this year’s runners of the Amazing Half. Sunny trained for six months, but never pushed Matthew in the chair until the day of the race. She fully intended to push Matthew for every bit of the 13.1 miles, but it was a lot more than she anticipated. Fortunately, Blair was there to support the two as well as another volunteer, Shannon Dutruch, who signed up a week before the event. Together, the team alternated miles and got Matthew through the finish line.

“We worked as a team. We got him over the finish line and it was emotional,” says Sunny, “This morning, [a day after the race] I woke up a little bruised, but I’ll do it all again in a heartbeat.”

Sunny achieved her goal of getting Matthew across the line and another one she set, to raise $2500 for Our Lady of The Lake Children’s Hospital. The next morning, after she fixed her coffee, said her morning prayers, the adrenaline wore off, and the bruises were still fresh, Sunny asked God, “What’s next?”

What’s next for her might be too much to handle for most individuals. Through Ainsley’s Angels, she will do a triathlon this summer with Matthew’s little brother, Daniel, who also has cerebral palsy. She makes sure to spread the message of service to her children, Lola and Huntington. While continuing to work on her own sobriety every day, she sponsors people going through recovery and tries to help anyone who reaches out to her.

Every two months, Sunny goes back to the treatment facility that saved her life in Mississippi, interacts with the patients, and shares her story of hope. She tells them to start with realistic goals, not worry about with everyone else is doing, commit, work hard, and once you see what you accomplished, set another goal.

“I think with anything in life, whether it be recovery or committing to something else, we are all going to have setbacks. The last seven years of my life has been small goals being met and setbacks,” Sunny says. “There have been days when I’ve had huge setbacks, but I always wake up the next morning grateful for the day and grateful for a second chance. The biggest lesson to be learned is whether or not we are going to pick ourselves back up.” 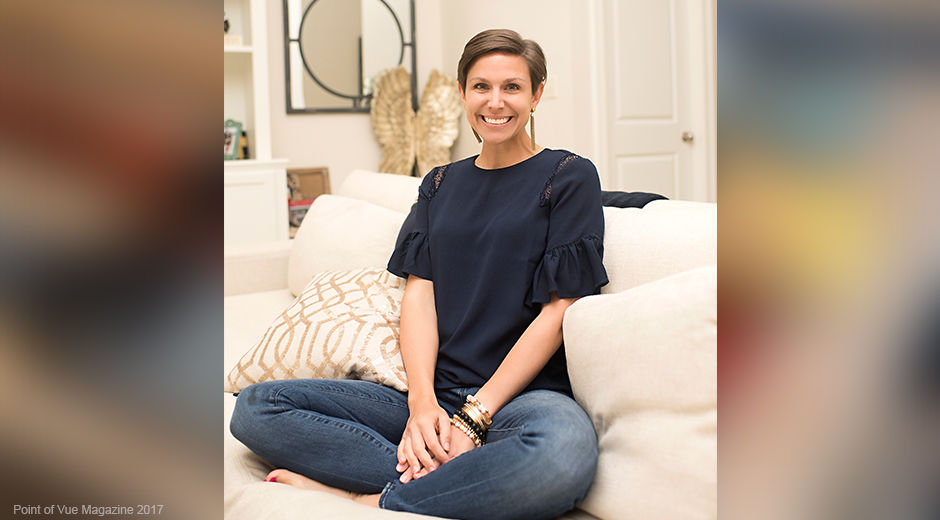 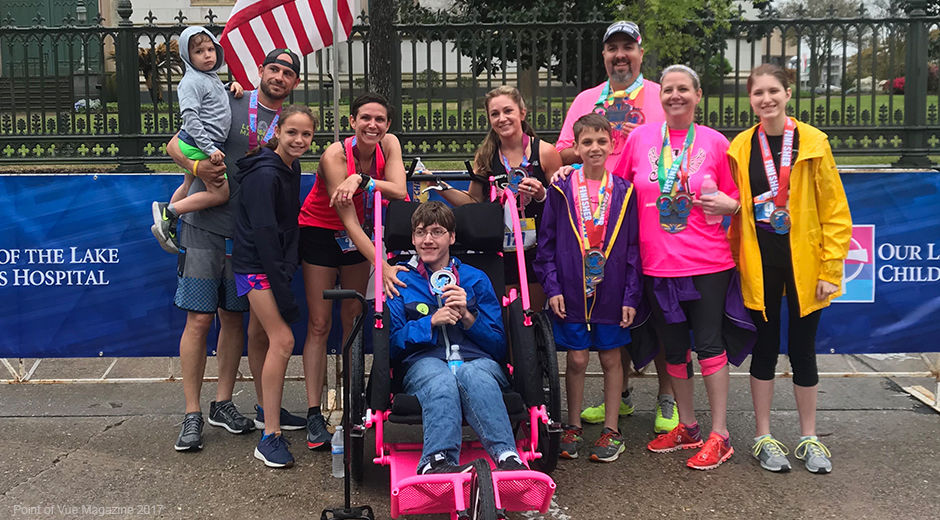 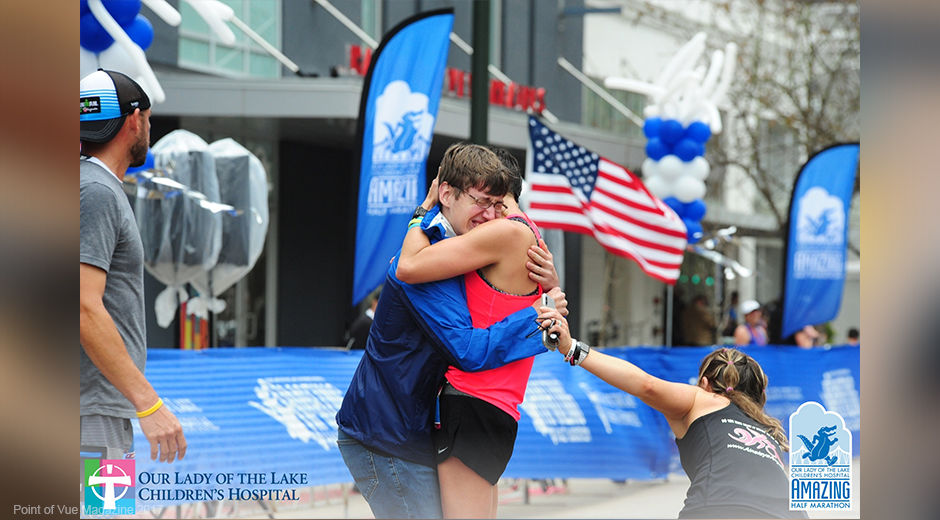 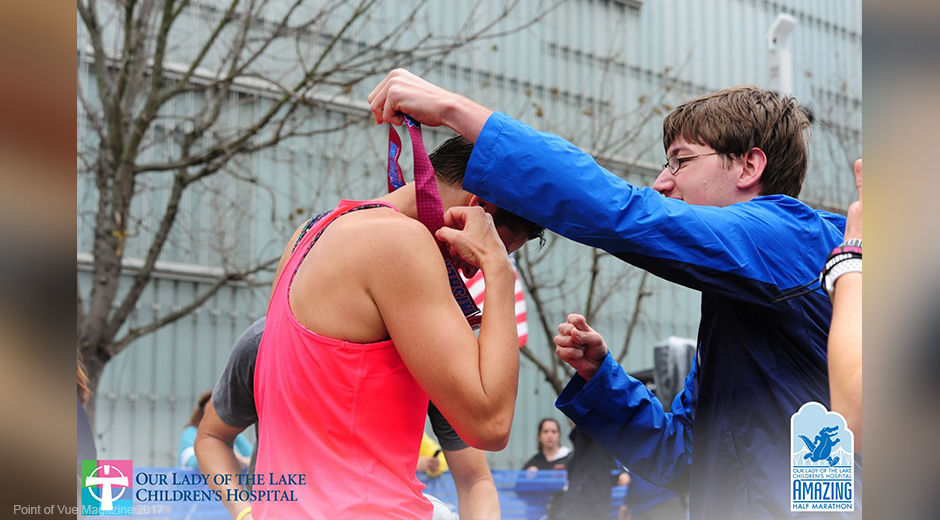 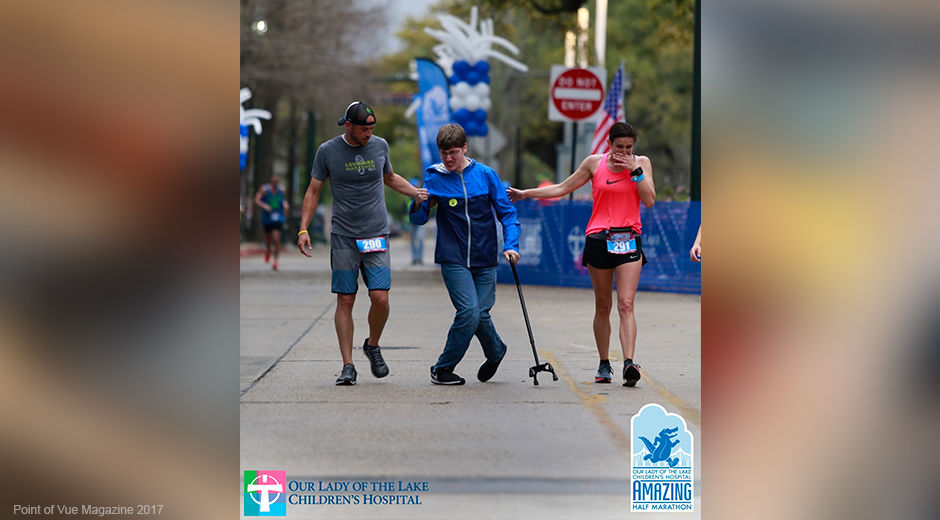 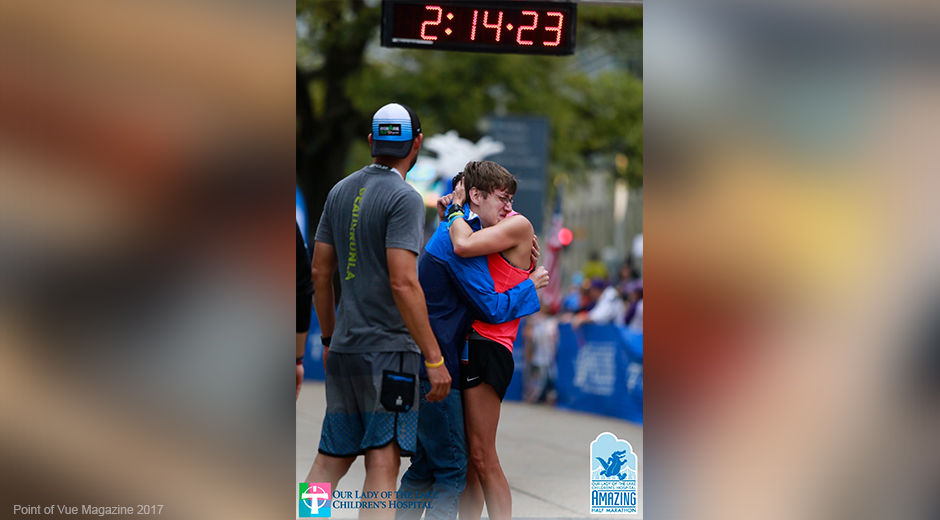