Weight Gain: Is it Hormones or Habits? 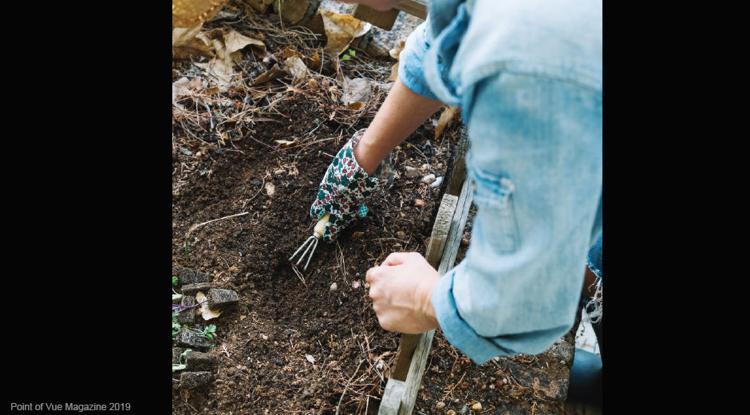 I can’t remember exactly when it was. Maybe it was during that Monopoly game from my childhood when I was short on money and the only property I could afford was Baltic Avenue—the second cheapest. Or maybe it was after I sold Baltic Avenue to pay the “Get Out of Jail” fee. Or maybe it was after being first to lose the game through bankruptcy when I grabbed the “B” encyclopedia from the bookcase to console myself. Sobbing, I struggled to look up “Baltic Avenue” and instead found the entry on “Baltic Sea,” where I learned about this old Viking island where archaeologists had excavated the largest underground silver hoard in history. How fascinating, I thought as I cheered up, that we could dig in the dirt—at one time the favorite entertainment of young boys—and figure out the life history and culture of the Vikings as well as the silver-minting people from whom the Vikings pillaged!

And this memory recently got me wondering: What would archaeologists learn about my culture by excavating where I’ve lived—like my childhood backyard?

My family’s backyard was part of a funky little bayou town. By “funky,” I don’t mean that you can dance to it. I mean that fresh seafood was plentiful and readily available, but it only stayed fresh for a short period of time. One of the only ways to inoffensively dispose of seafood waste was to bury it in the ground and cover it up with dirt. There, it would either decompose and add vital nutrients to the soil or fossilize and become a future archaeological find. Either way was good, I thought. Often, when the family had a meal of seafood, it was my job to dig a little pit and drop a package of newspaper-wrapped crustacean shells into it for unceremonious burial. For this and other reasons, my kid years were not very funky.

Our backyard was also a cemetery for the humane interment of our past pets—mostly dogs and cats with the occasional undomesticated marshland mammal. I buried each of our late dogs in an organized sequence of rows and in a direction where their noses faced south. I remember fondly our trips south to Grand Isle where we could see the lush rows of live oaks along the chênières, and so I figured that our dogs would have appreciated being oriented in the direction of those trees so that their dog spirits would float toward their favorite natural thing in life. I didn’t organize our late cats in any particular sequence or direction because cats have no souls. Probably because they have nine lives instead.

There are lots of bricks in my backyard, too. When termites began using our house’s chimney as their own private airport, my dad tore it down with a sledgehammer and we buried the fragments in a big ditch dug in the center of the backyard. That, together with some broken cinder blocks and large shards of concrete, might lead future archaeologists to infer that our backyard was once a grand stone henge where the community would gather to have wild festivals celebrating the autumnal and vernal equinoxes. Archaeologists might figure from fossilized pollen grains that our climate was continuously mild—so mild that maybe we would not recognize the seasonal equinoxes at all and instead conduct our wild festivals all year long.

Maybe because I was the eldest son that I became the gravedigger for the family. Or maybe I simply enjoyed assuring that future archaeologists would understand significant parts of our culture. At the very least, I hope that they would understand that me and my kind ate crabs and shrimp and loved cats and dogs. And I hope they don’t get those two things mixed up.

We all need to do our part in assuring that future civilizations will remember our history and culture, particularly in this age of land loss. I’m confident that there are enough things buried in back of my childhood home to give them a good indication. I’m also pretty certain there’s a Monopoly game buried somewhere out there as well. Together, the bucking horse, the shoe, the racecar, the battleship,

the wheelbarrow, the flat iron, the Scottie dog, the top hat, and the thimble made a nice little silver hoard. You don’t need to be so funky when you’re a Viking.   POV