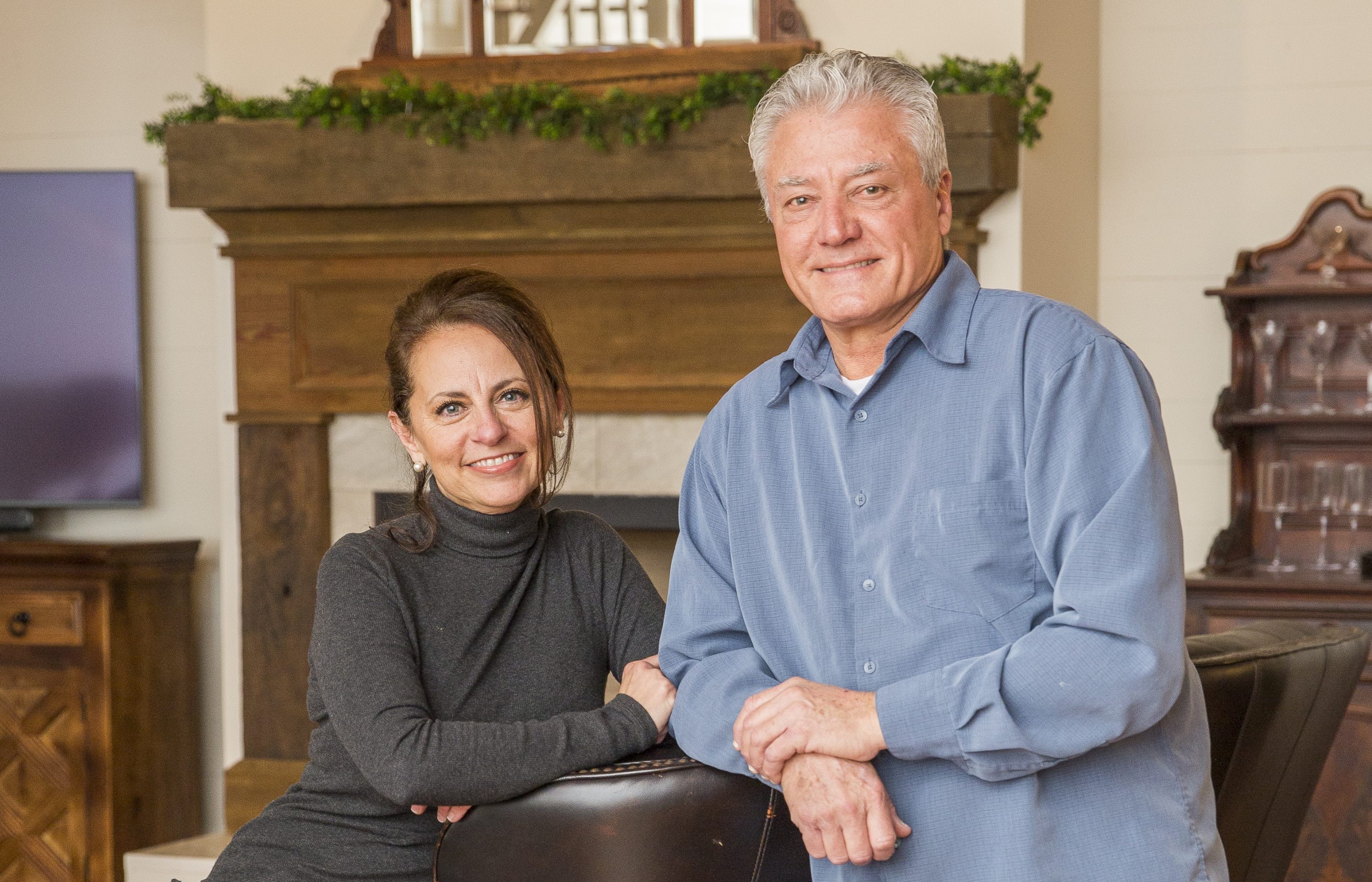 On Louisiana Highway 1 in Thibodaux, close to Labadieville, there sits a building that’s wrapped in cypress and covered in metal panels along the bank of Bayou Lafourche.

Locals still tell stories of the OJ Mire General Store, which was established in 1912 across the street from where its modernization is today. The store sold everything from hardware goods, farming supplies, produce and life necessities.

“People to this day, stop and tell us how they used to come in for a sandwich or piece of ham, candy or whatever,” says Rod Roddy, who is currently renovating the space with his fiance Lisa Cinnater.  “Some even remember using the flat boat, hooked to a rope or chain, to pull themselves across the bayou to shop or go to the church on the corner.”

“Early on, it serviced the small riverboats that cruised up and down Bayou Lafourche, carrying doctors, entertainers and all sorts of businesses and goods that reached the people,” Rod continues. “Bayou Lafourche still goes all the way to the Gulf of Mexico and back in the day, it was the highway.”

At one point, one of the Mire daughters opened a beauty salon in the store. After that closed, a bar was opened in the space below the store. “The Cellar Club” featured a band stand, dance floor, pool table and received occasional visits from former Louisiana Governor Edwin Edwards, who would stop in for some drinks and card games.

“It was considered a good hideout, as no one knew you were here because everyone parked in the back,” Rod says. “There was a model train track located above the bar and when it was closing time, they would run the train around the bar for ‘last call’.

The train track and train station are still there.”

Eventually, the building would close its doors in the 1980s. For over 35 years, local passersby had to generate memories by glancing at the outer shell of the old store or perhaps by hearing echoes of music and laughter coming from the hideaway below.

But the doors reopened, and fresh air entered the space when Lisa and Rod, who have been renovating properties for eight years, bought it in October 2018.

The couple was actually looking to downsize but were drawn to the 5,300-square-foot structure, so they decided to make it the new home for them and their dogs. They also could have received a significant amount of money by just tearing it down and selling the aged cypress wood, but the beauty and character the home displays, along with the passion they have for reviving historic properties, led them to keep it standing.

It has turned out to be one of their hardest projects, however, as they had to virtually start from scratch. After Lisa sketched out the plans for the space, they had to get new plumbing, air conditioning and electricity installed, replace the soil in the front and back yard to install new sod and remove thousands of tacks and staples from the plywood that was covering the cypress, just to name a few of their efforts.

Even though they still have a way to go, the house is already visually stunning, in large part due to Lisa’s vision. As Rod notes, “She came up with the idea to turn this box into our home. She drew up the plans, put the whole idea on paper and then turned it into reality.”

The dynamic duo has been making sure to honor the past as they complete their passion project. They have repurposed materials such as the store shelving for window trim, crown molding and baseboards. They left the exterior mostly as it was originally built. They received windows from St. John Catholic Church, which is just up the road from their house, and installed them. They kept memorabilia from the store, including handwritten registers, and currently display other vintage items throughout the house. The two even turned an original display case and two antique doors into their kitchen island.

Of course, after their neighbors noticed the renovations taking place, they were curious about what still remained inside the OJ Mire General Store and how the couple rejuvenated it. Lisa and Rod were happy to open show them around, however.

Rod tells a story of a woman who was eager to see the inside of the home. She is a longtime member of the church across the street and used the flat boat to cross the bayou to attend church and buy groceries as a child. “She came and walked through the house, and you could just feel the joy that she had,” he remembers.

“Even if we’re outside, people drive up and say, ‘Thank you for not tearing down the building,’” Lisa adds.

Although they incorporated a little bit of themselves into the home — with a music room in the front so Rod could jam with his band LeRoux, and a well lit, cozy room upstairs for Lisa to maybe enjoy a book or the captivating view of Bayou Lafourche —  the two plan on eventually selling the space. They hope it could maybe become an event venue, a bed & breakfast, a boutique restaurant or a home for a big family who needs the room.

“We would like to live here for a couple of years to at least enjoy the work that went into this project,” Rod says. “Then, we would like to sell it with the hope that someone with a vision that’s outside the box might do something special with it.” POV 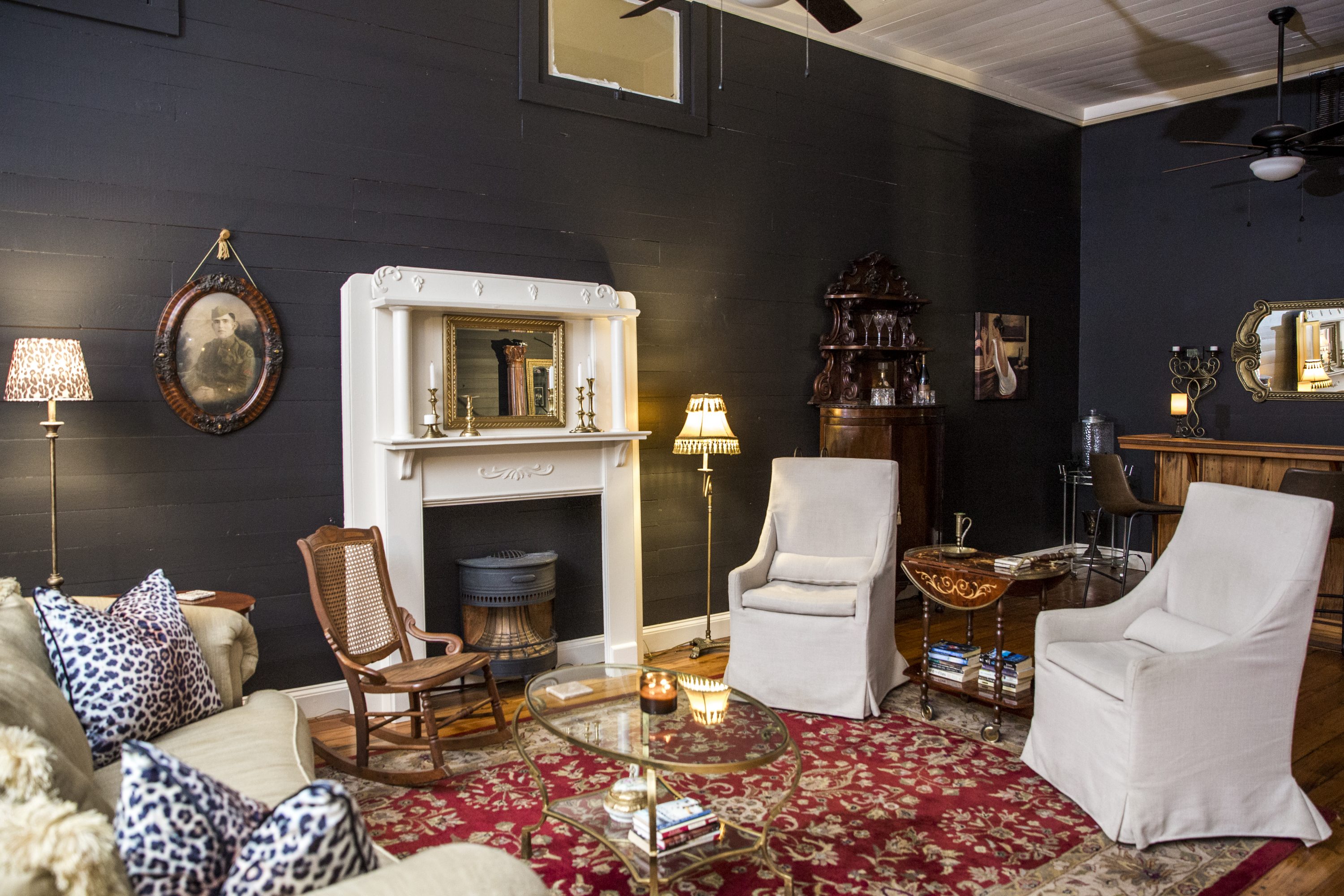 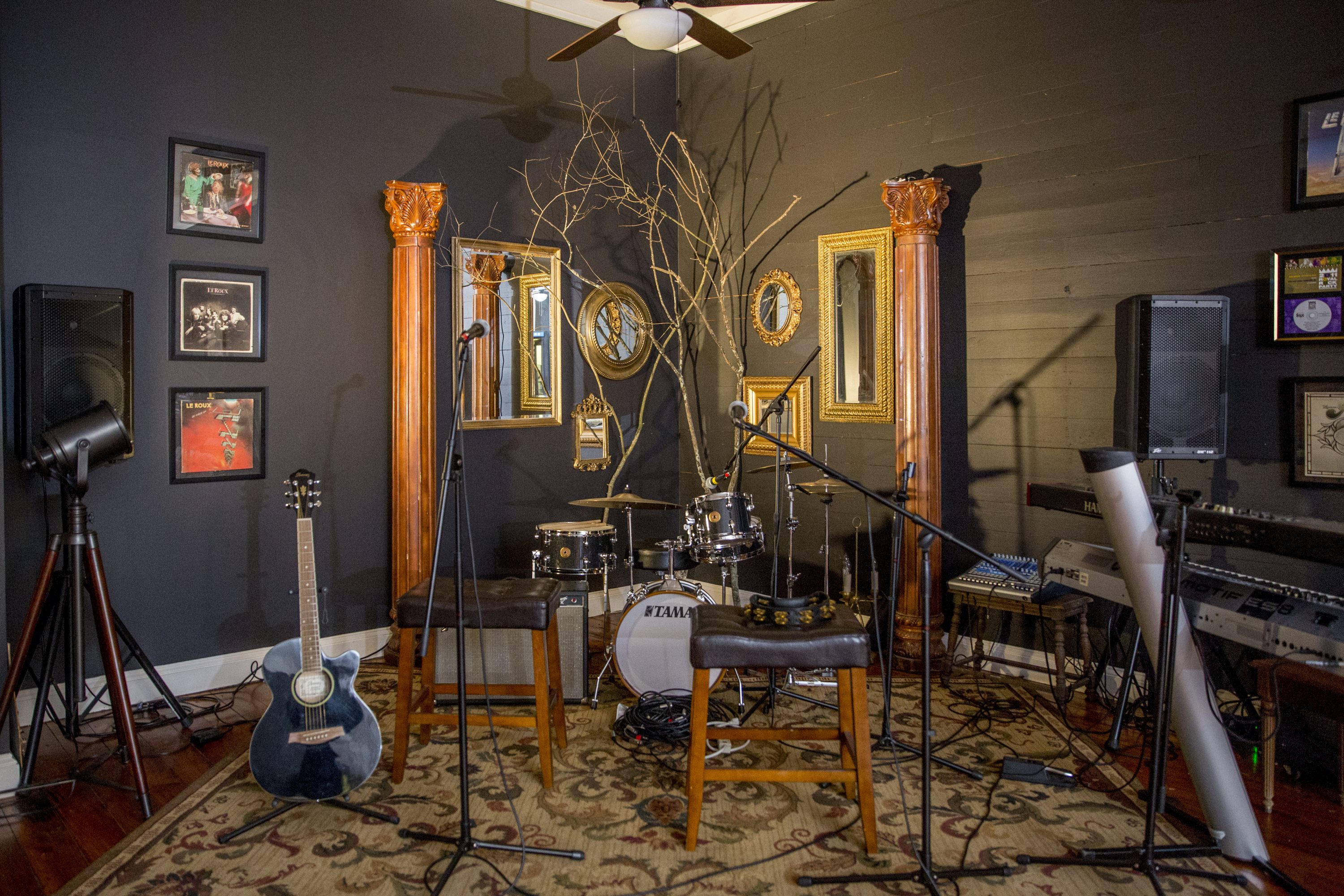 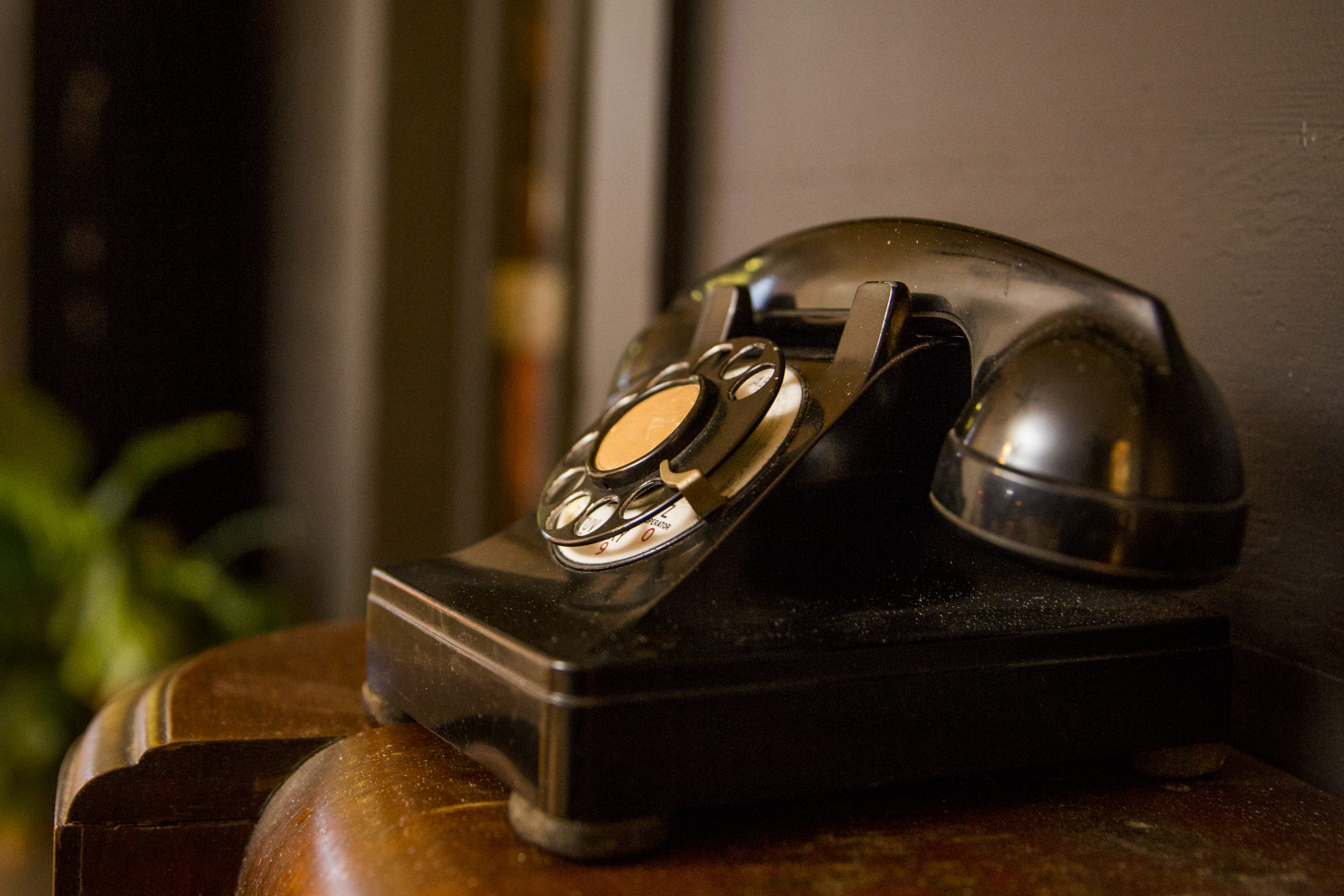 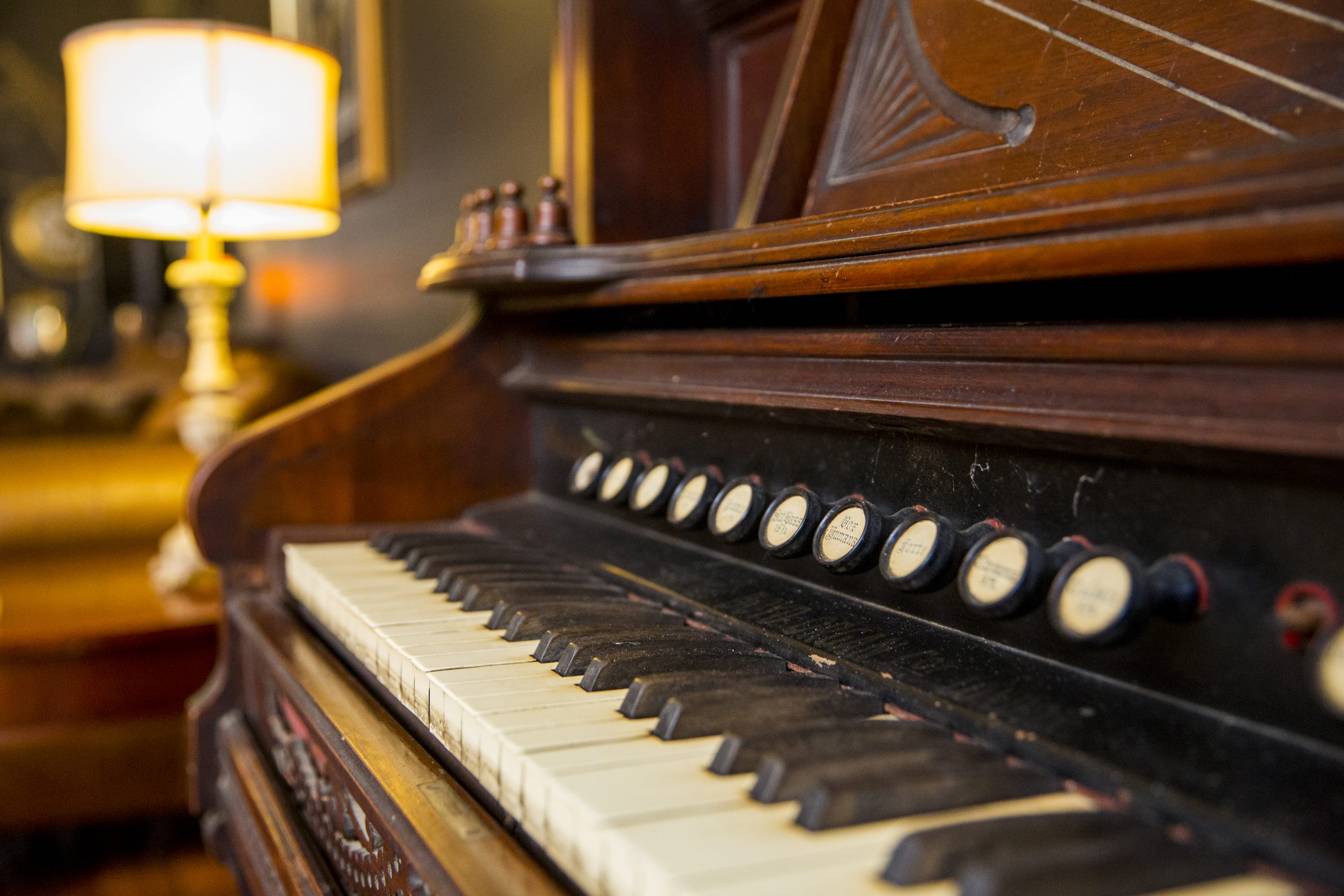 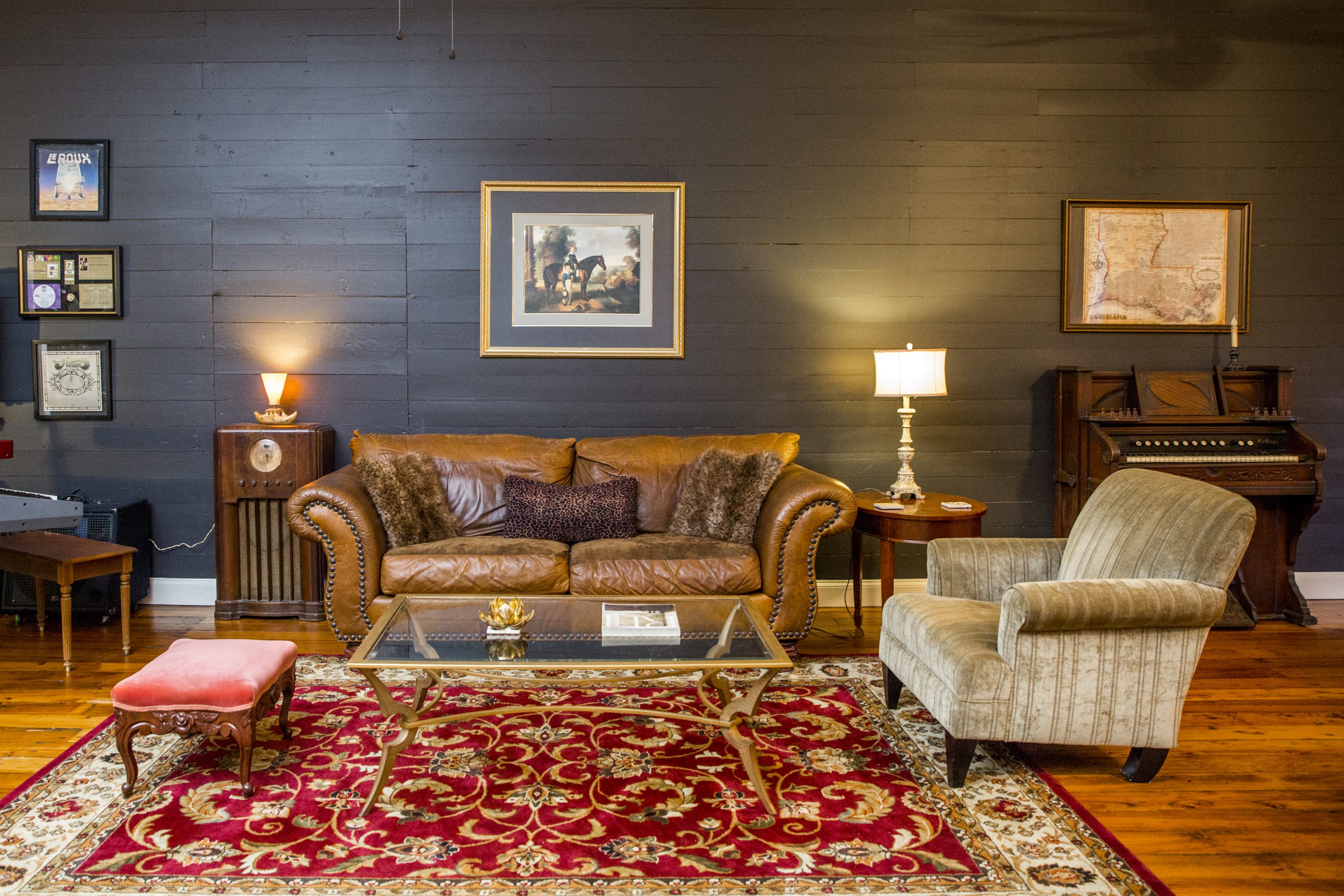 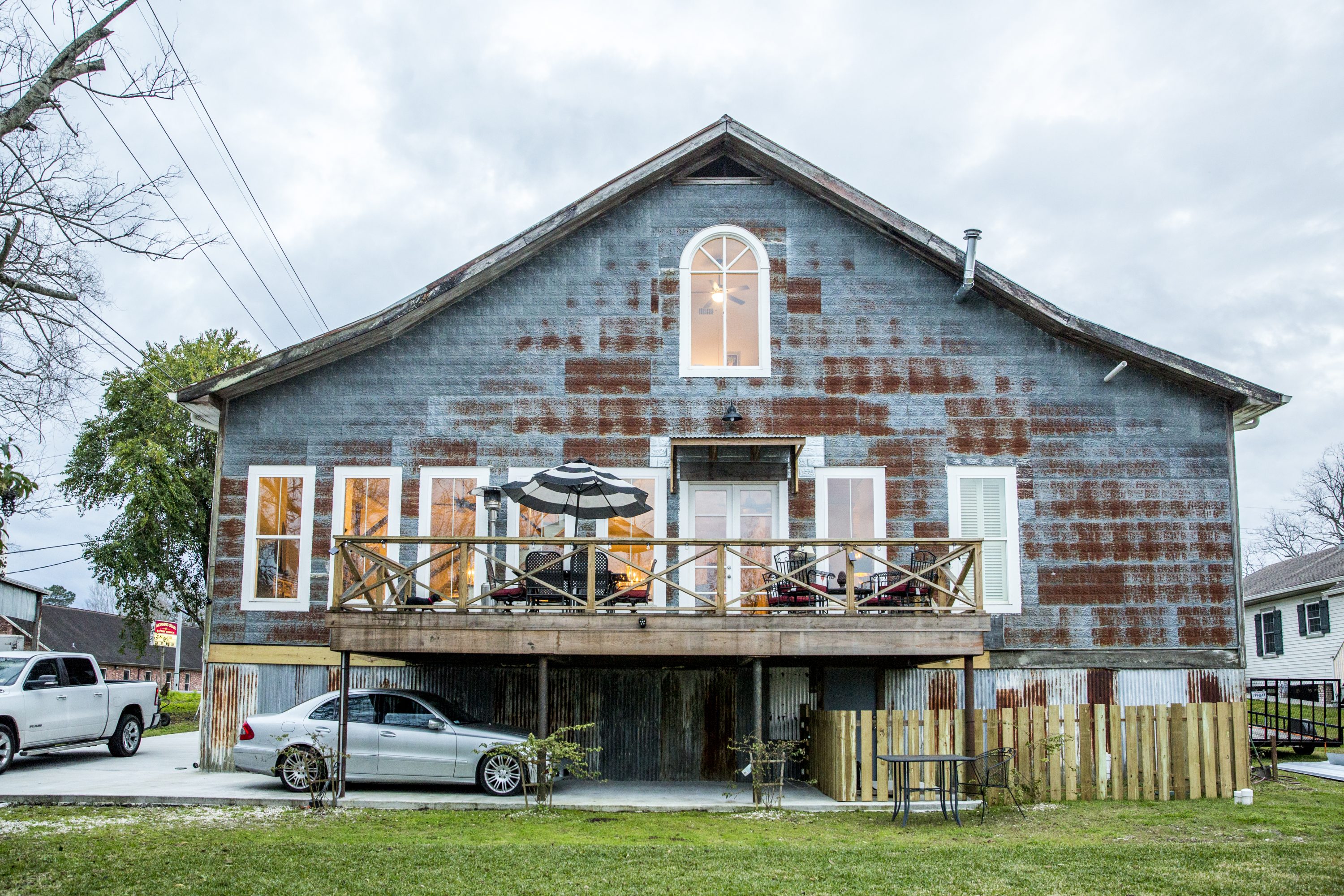 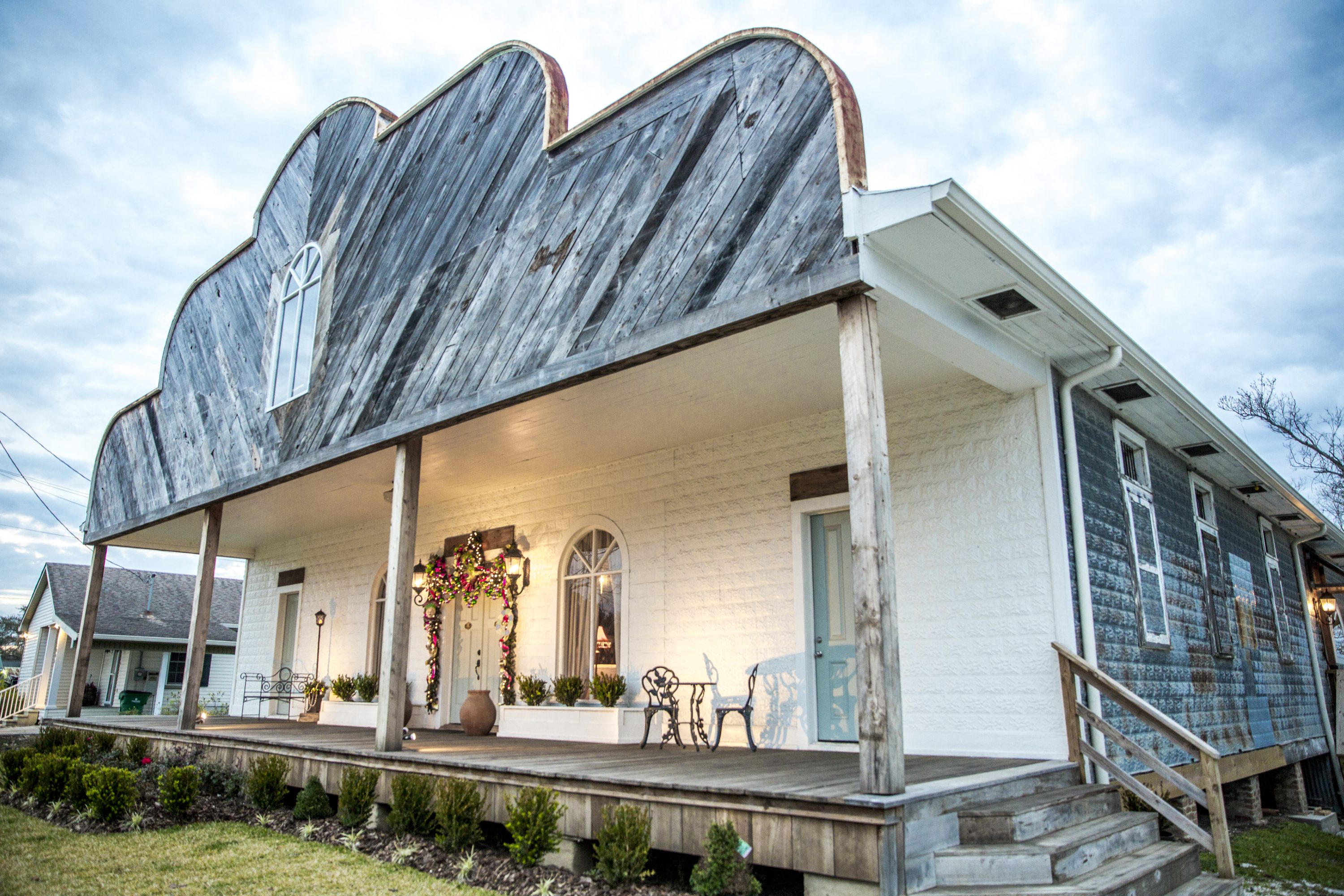 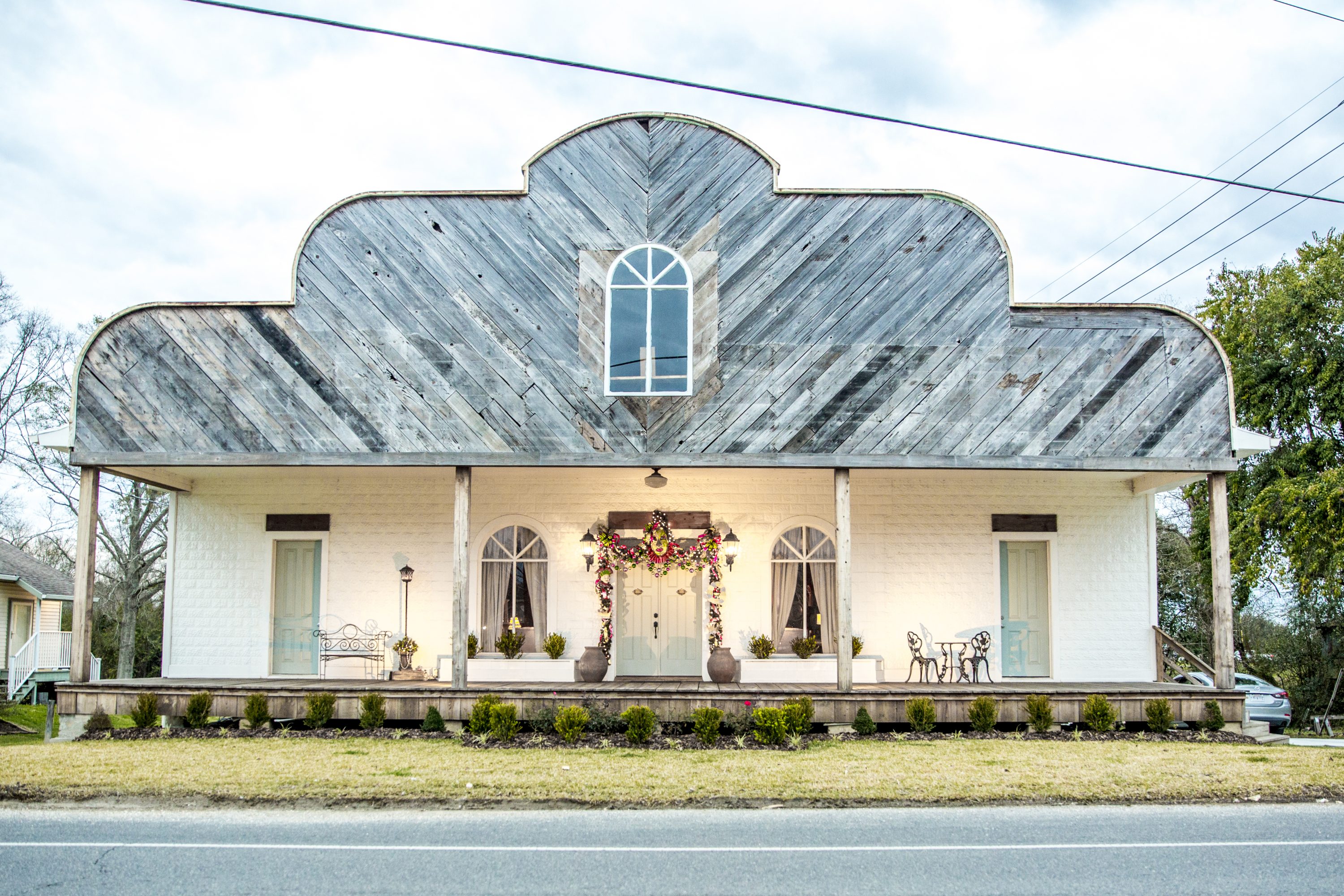 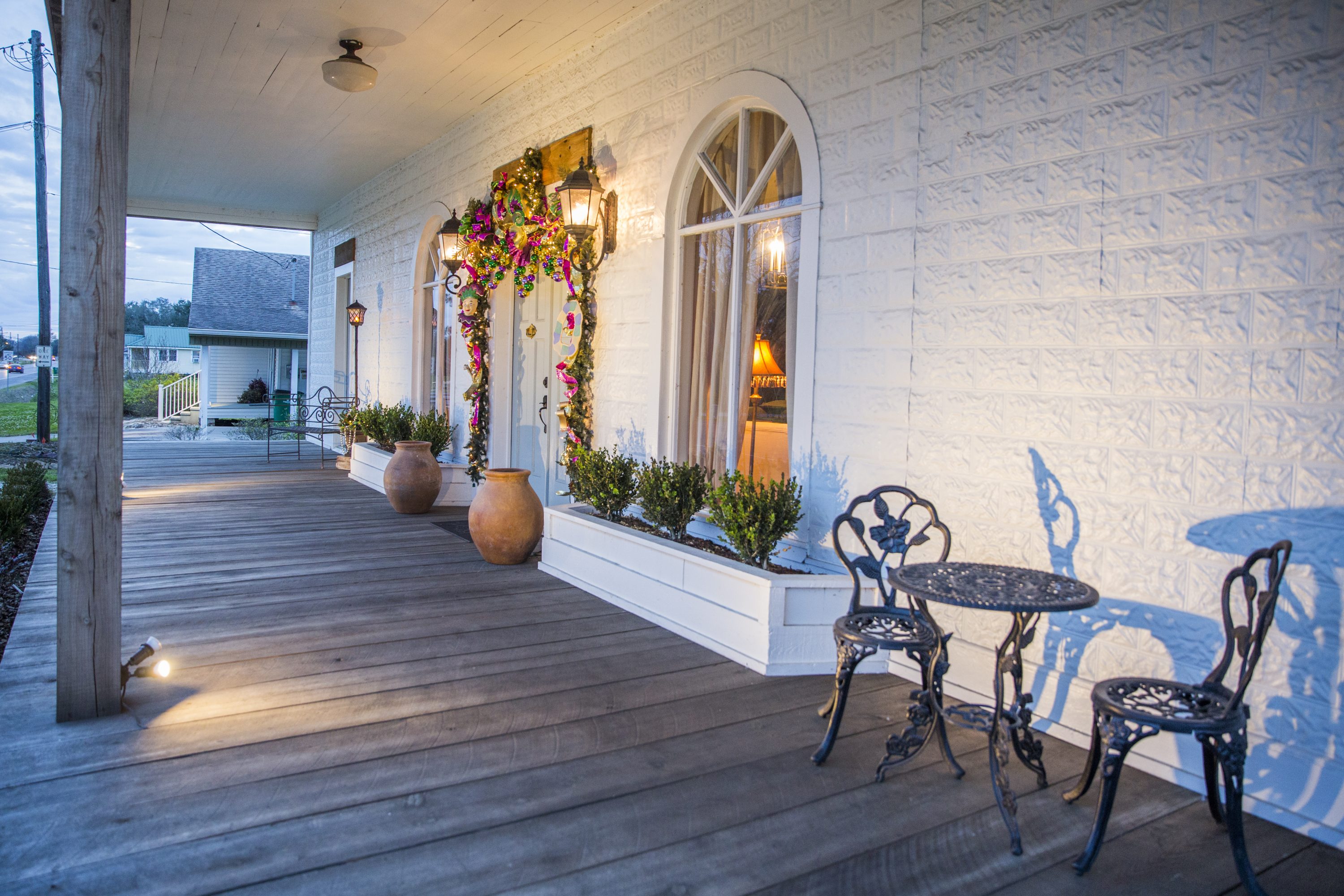 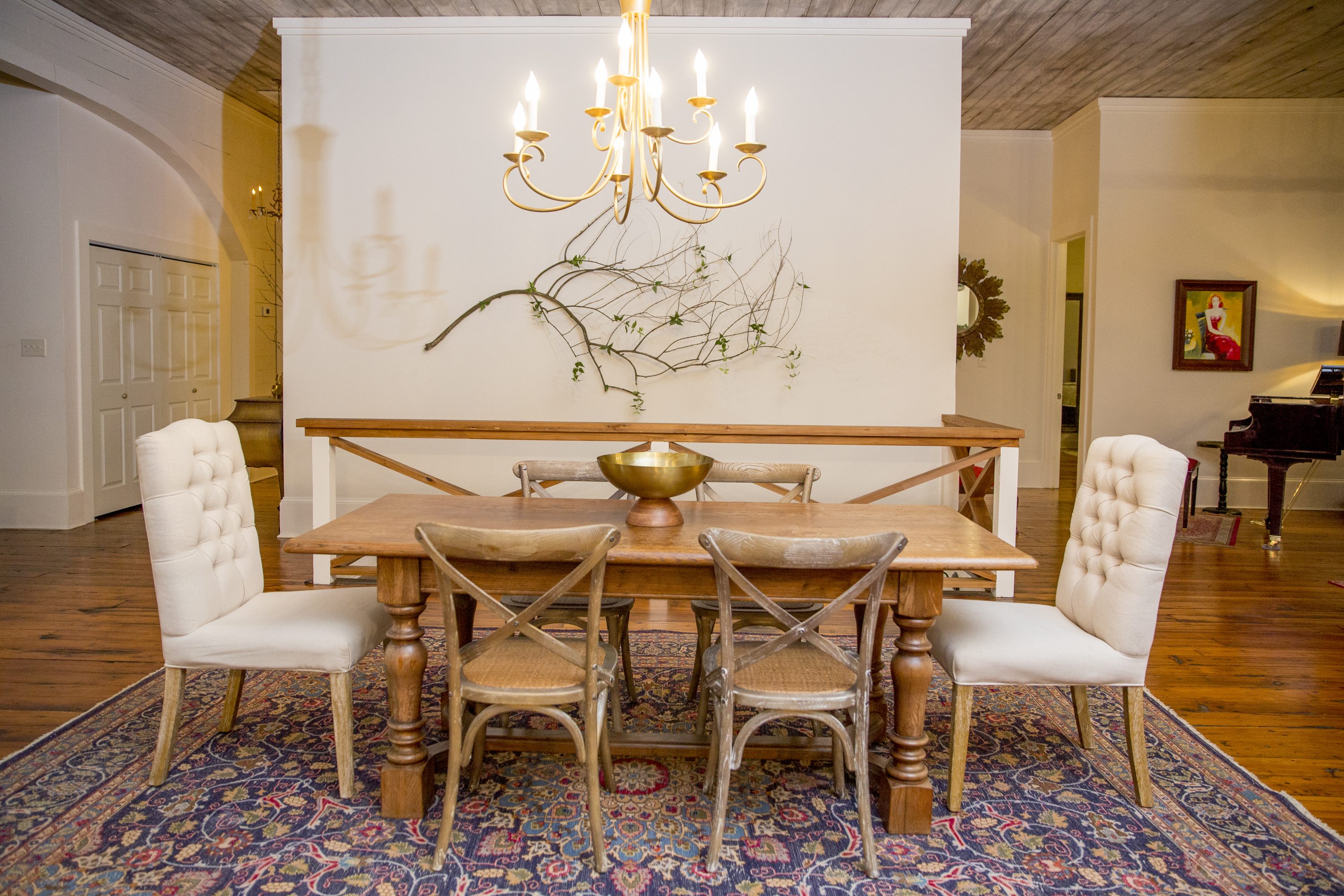 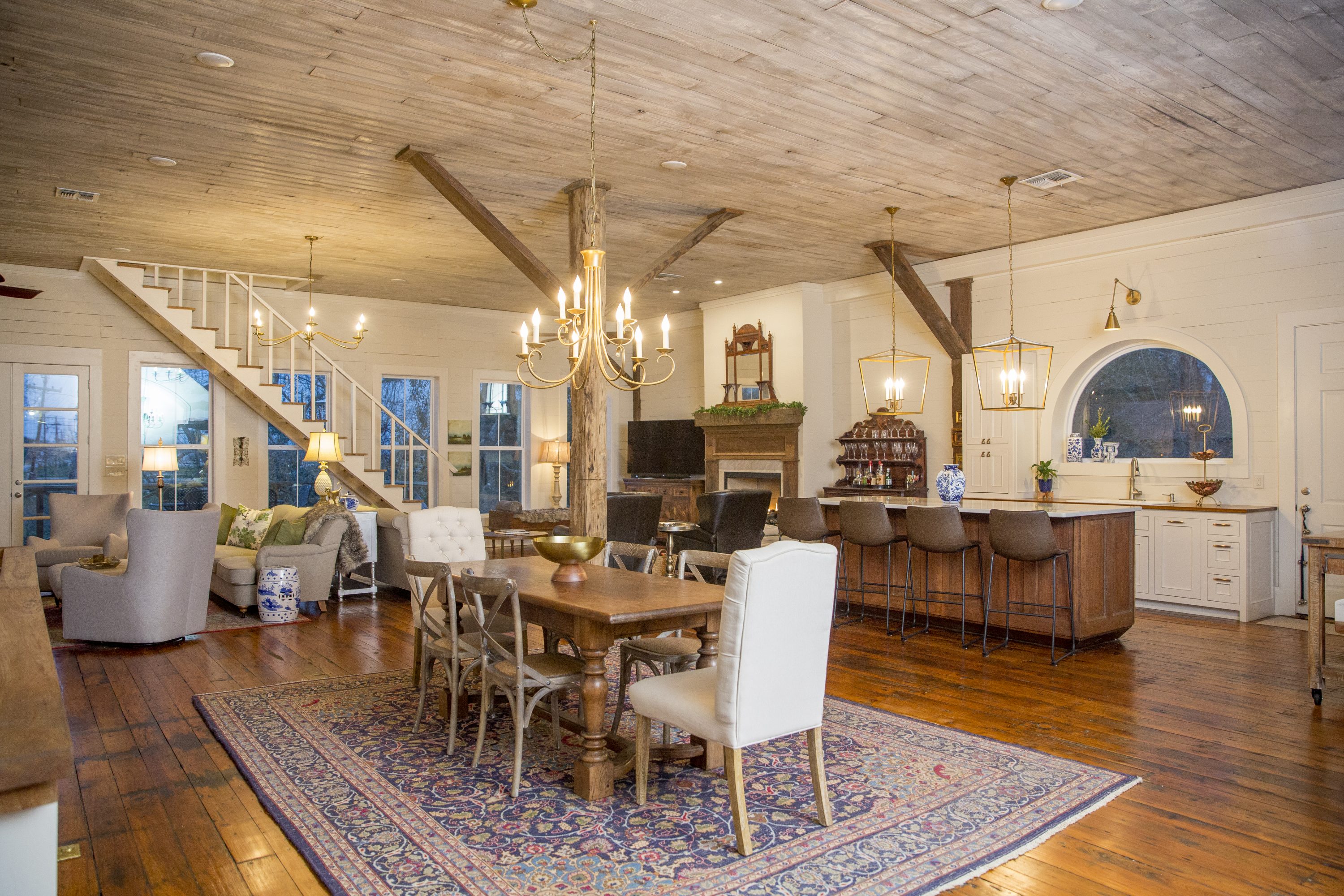 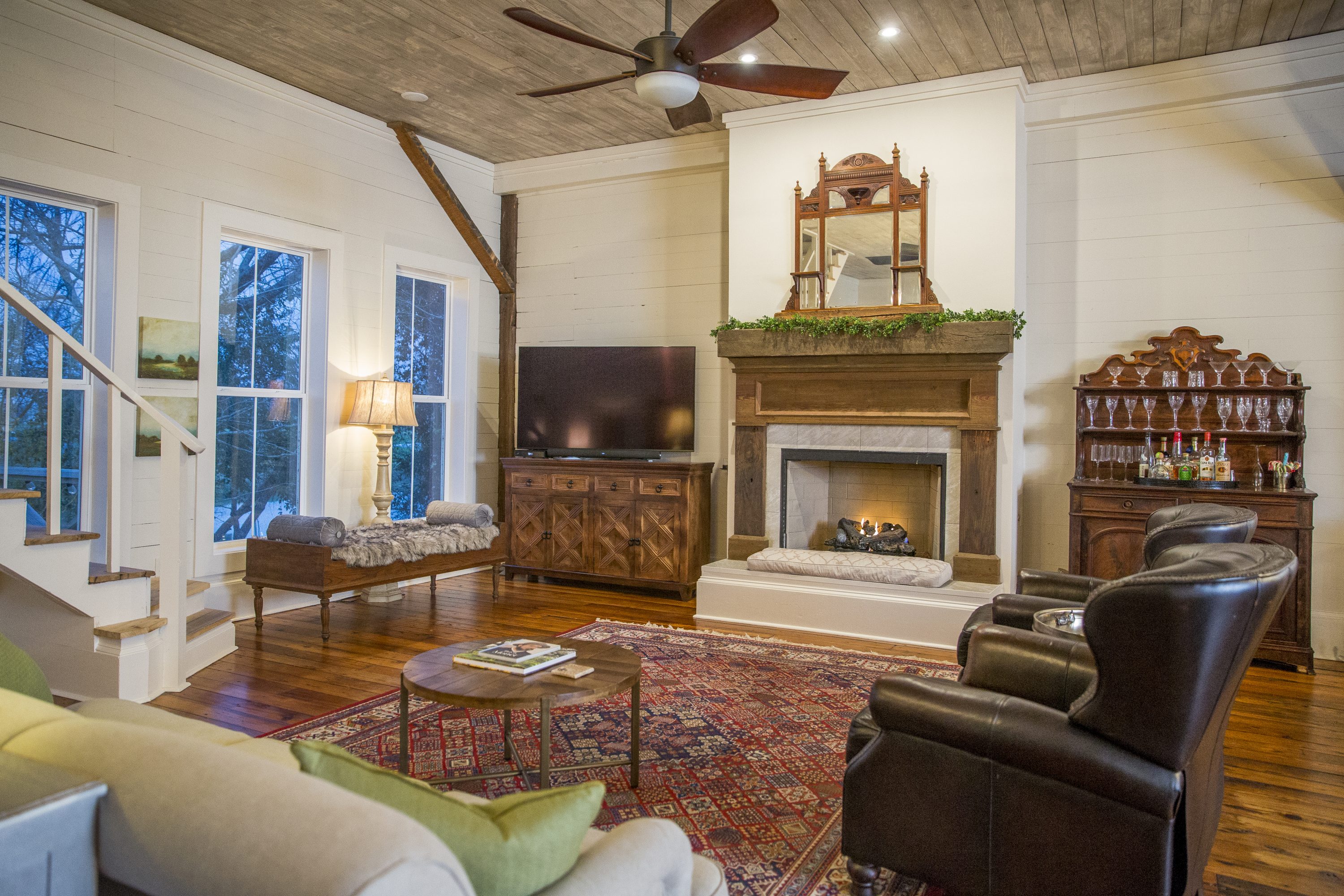 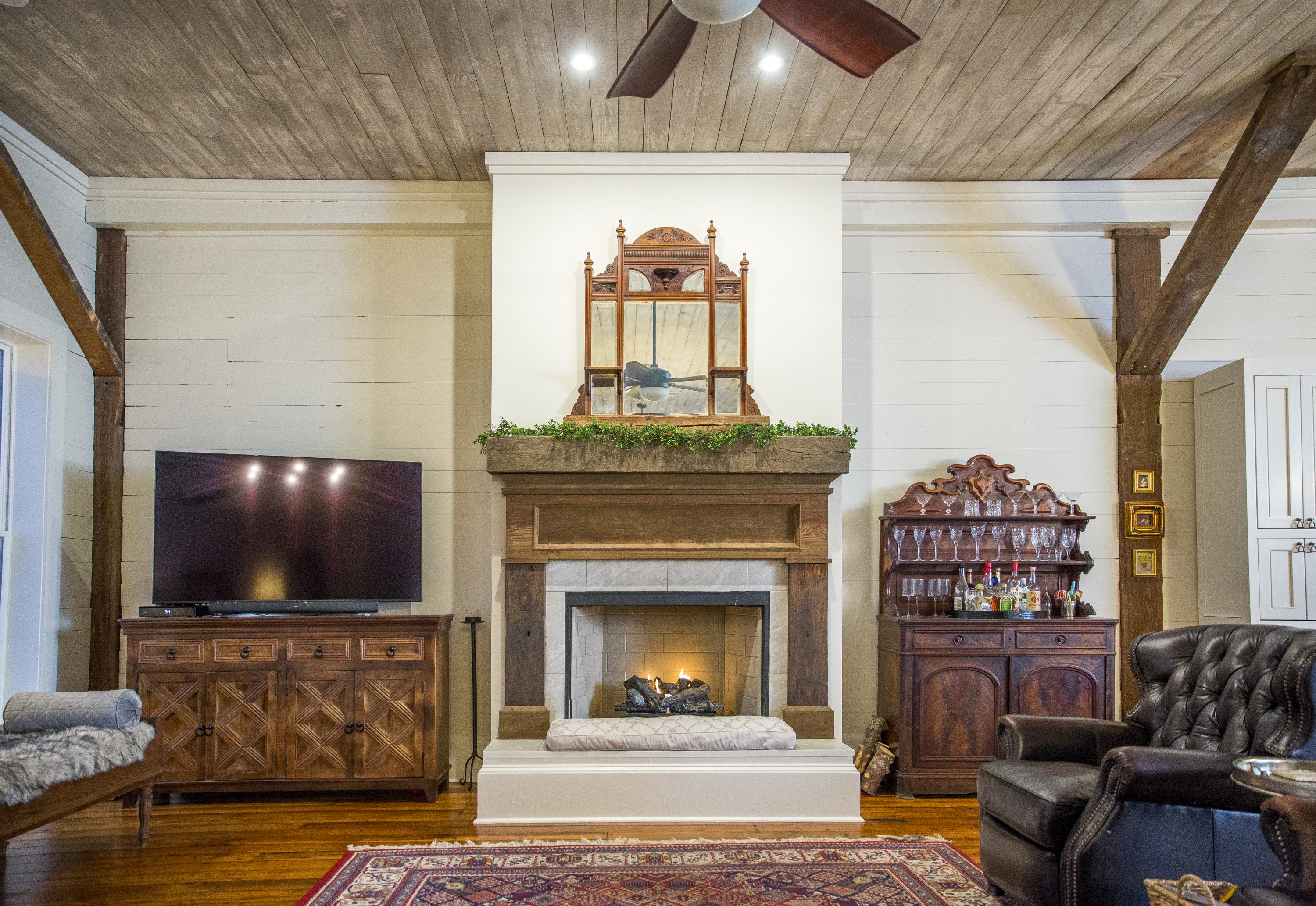 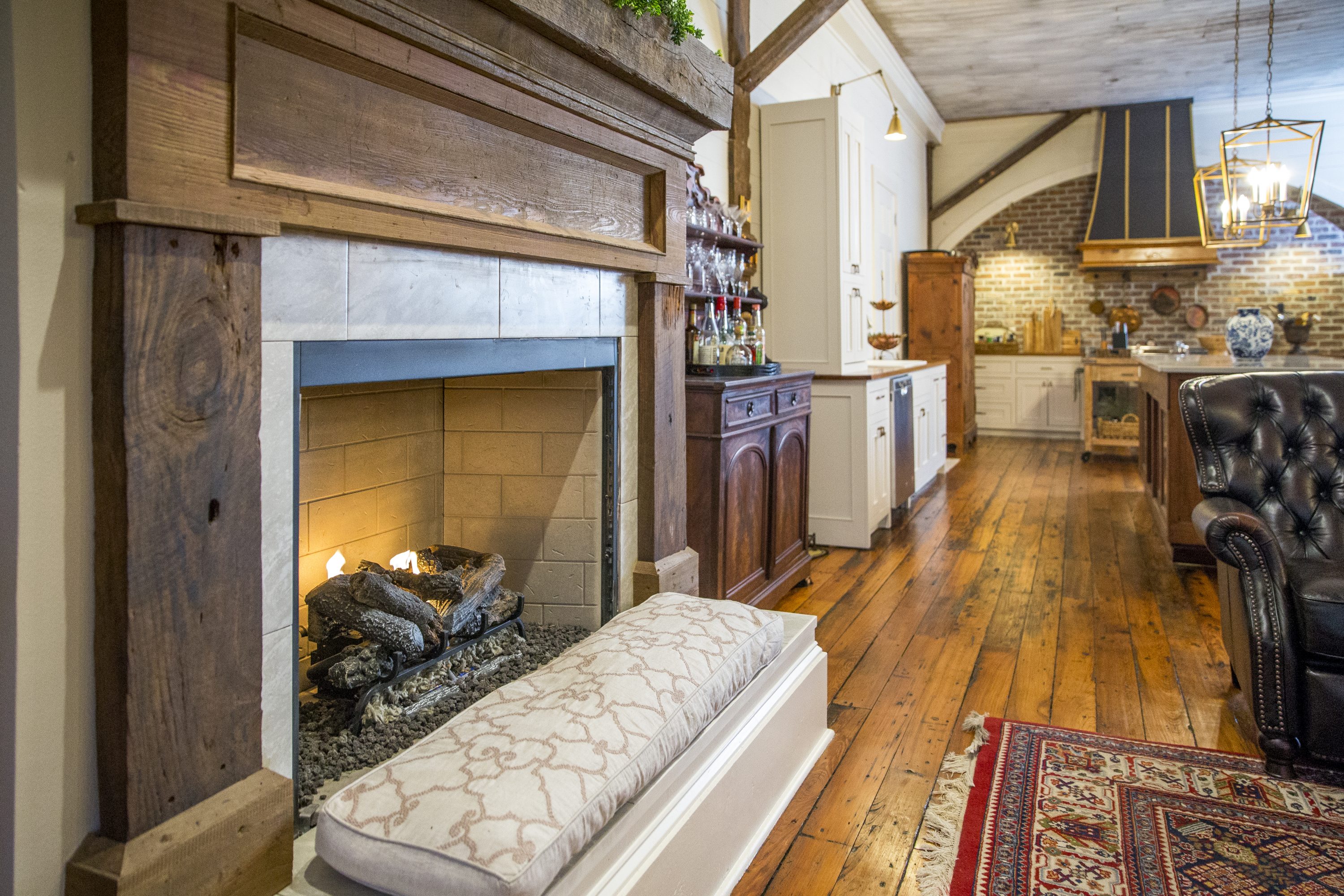 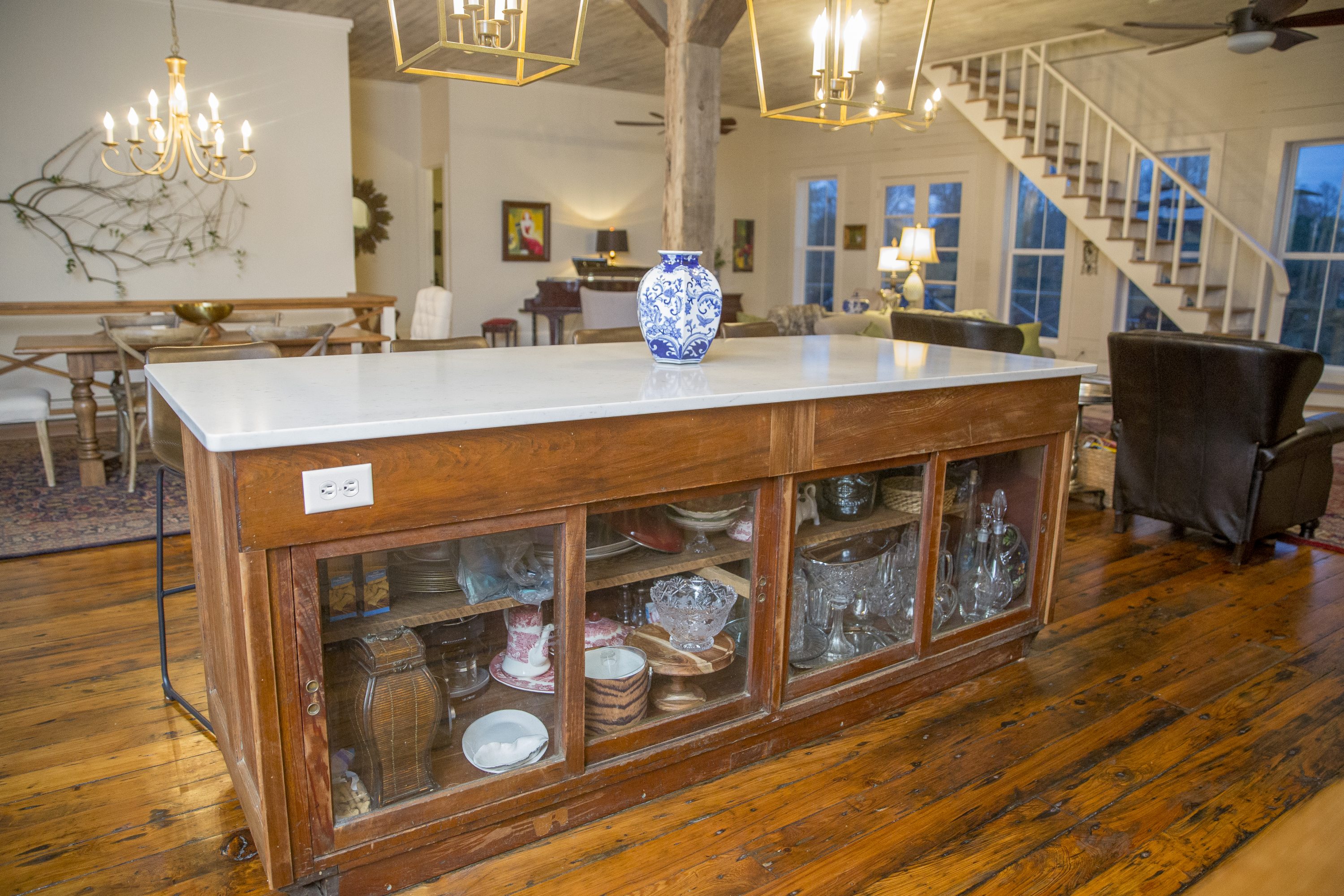 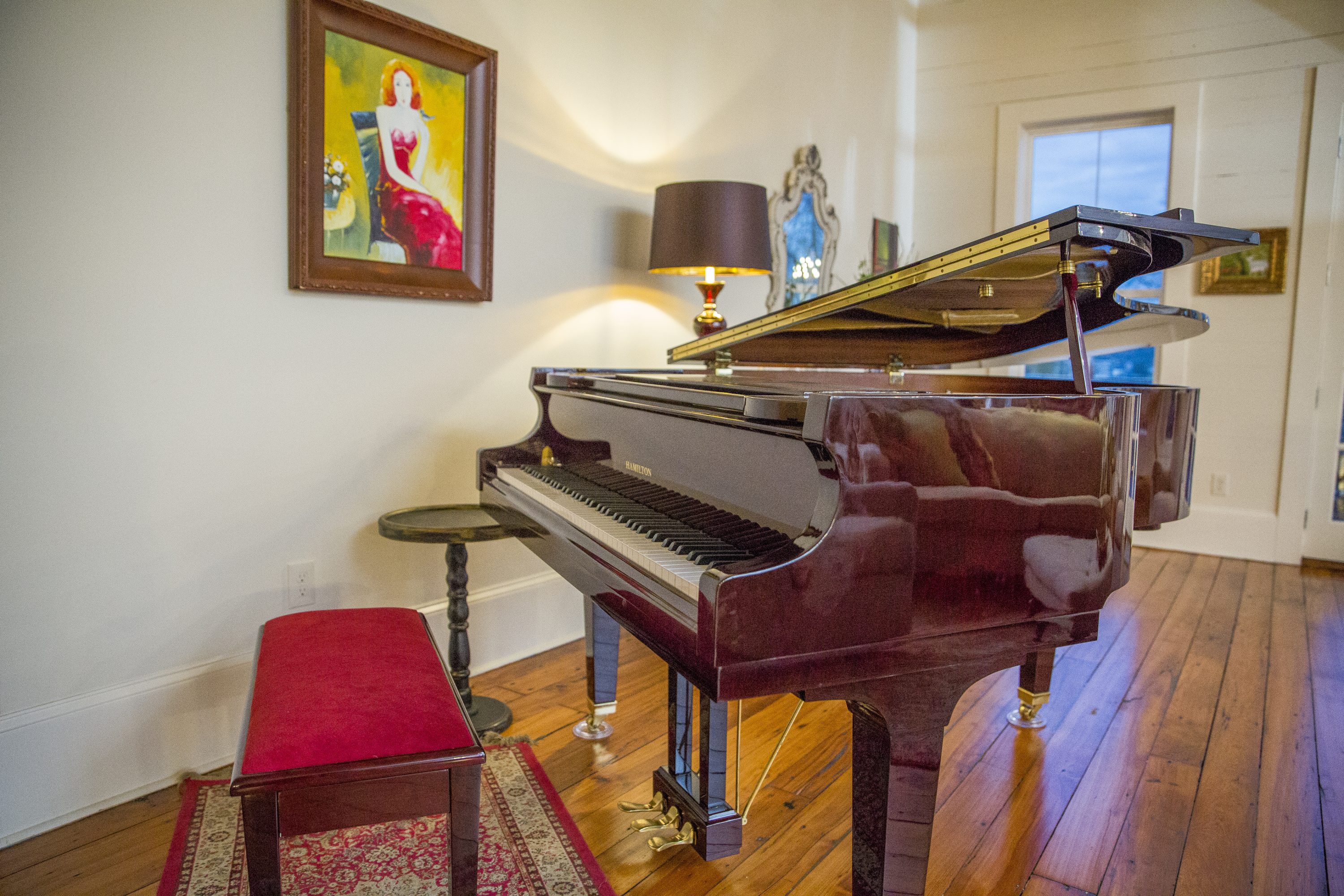 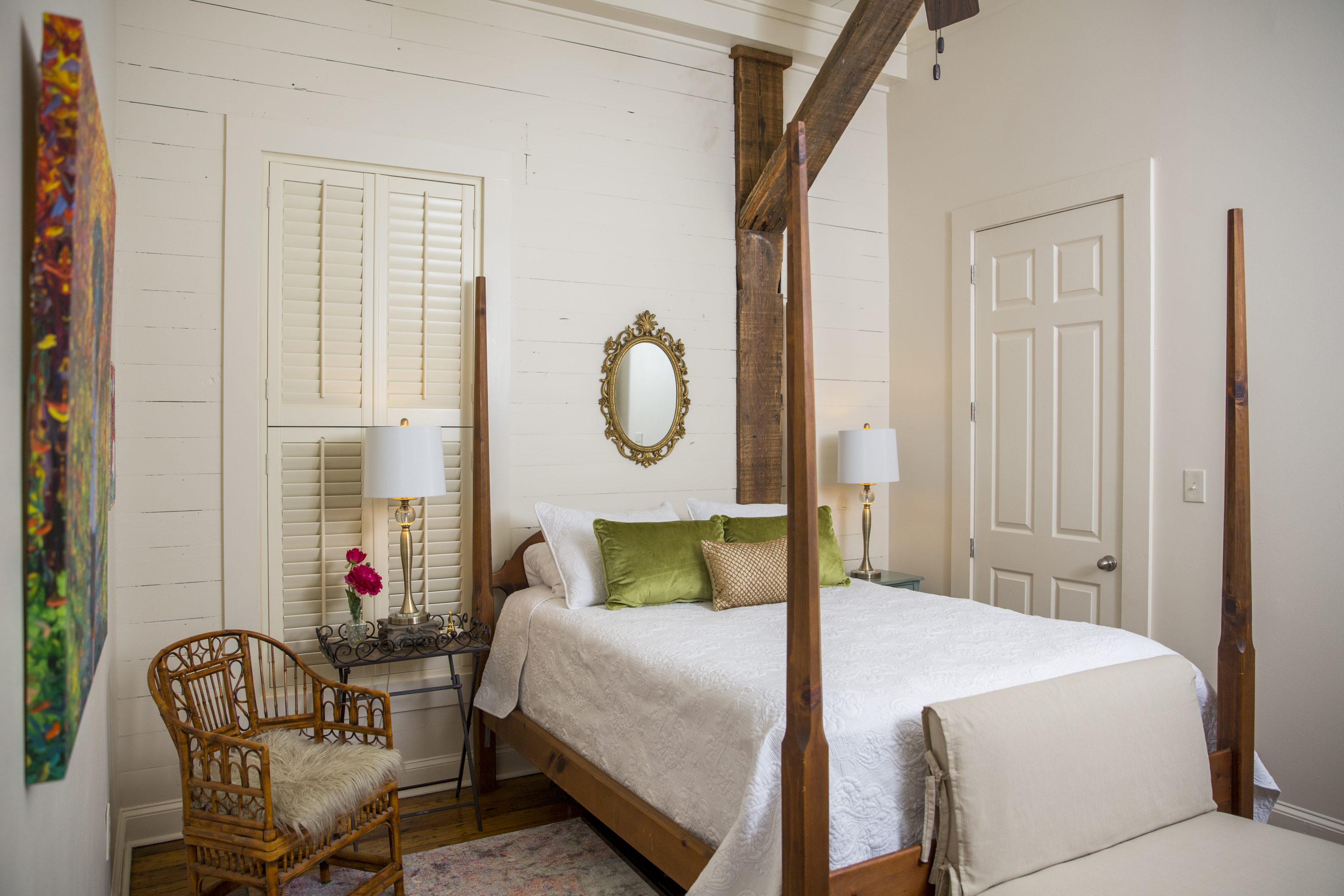 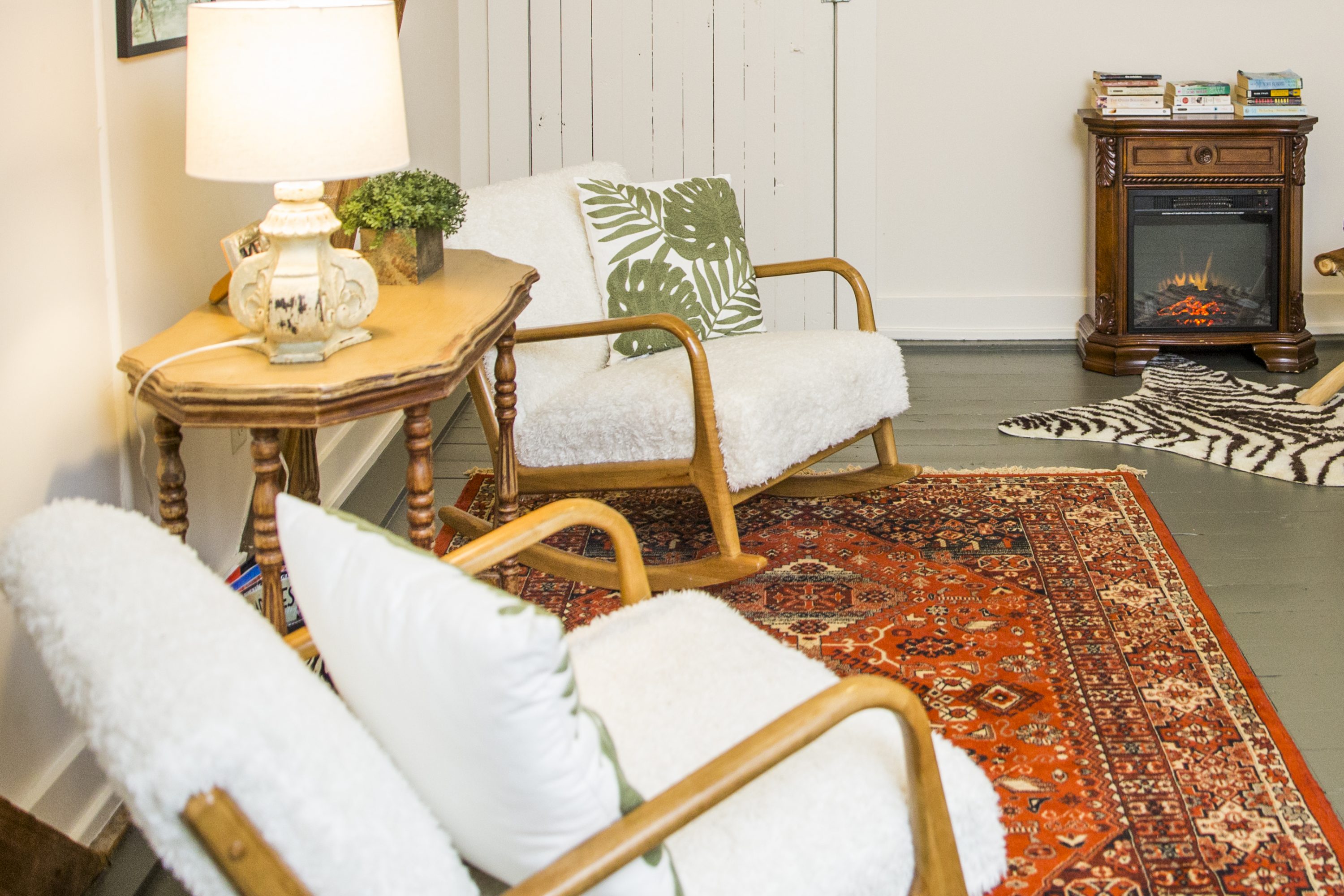 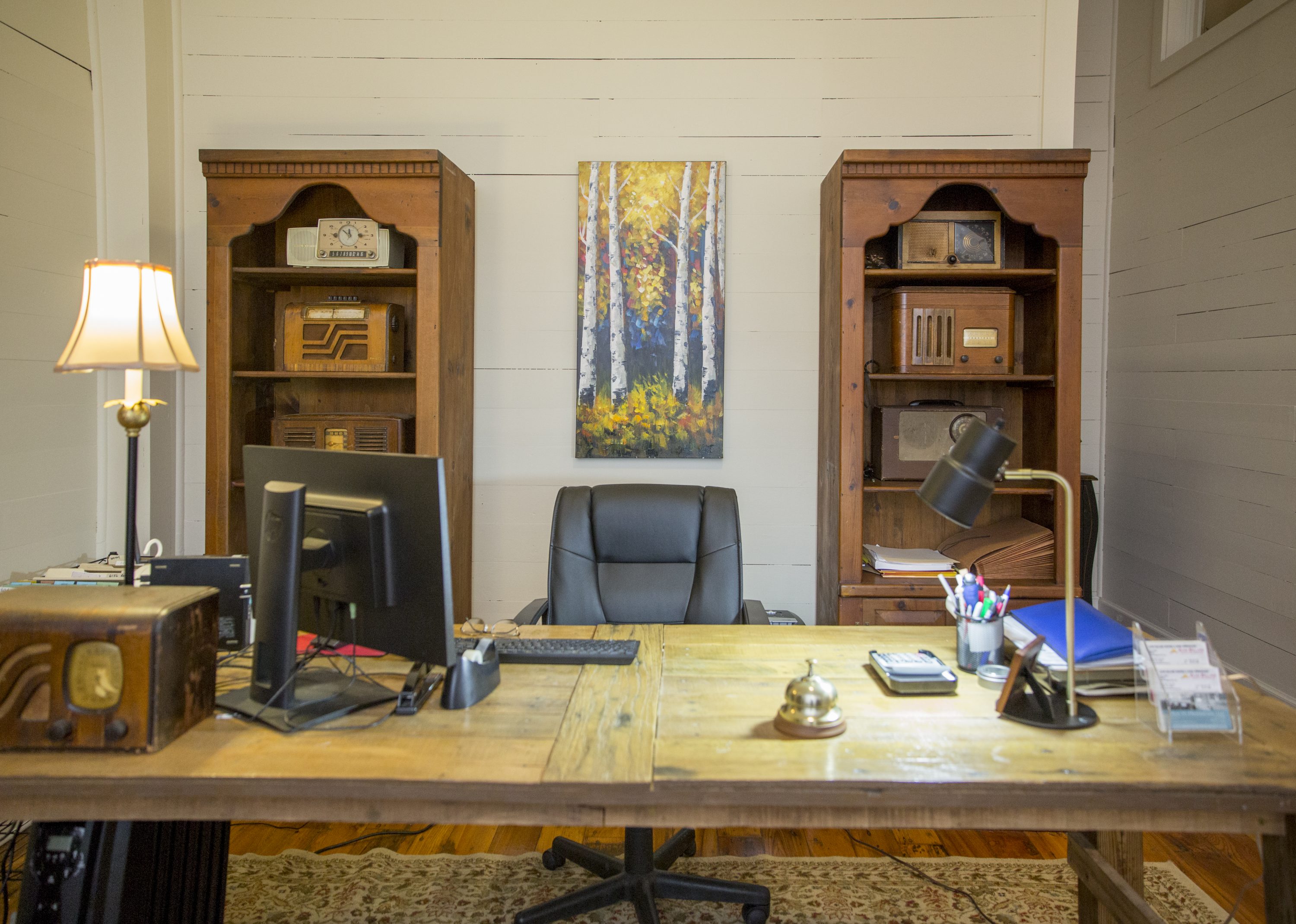 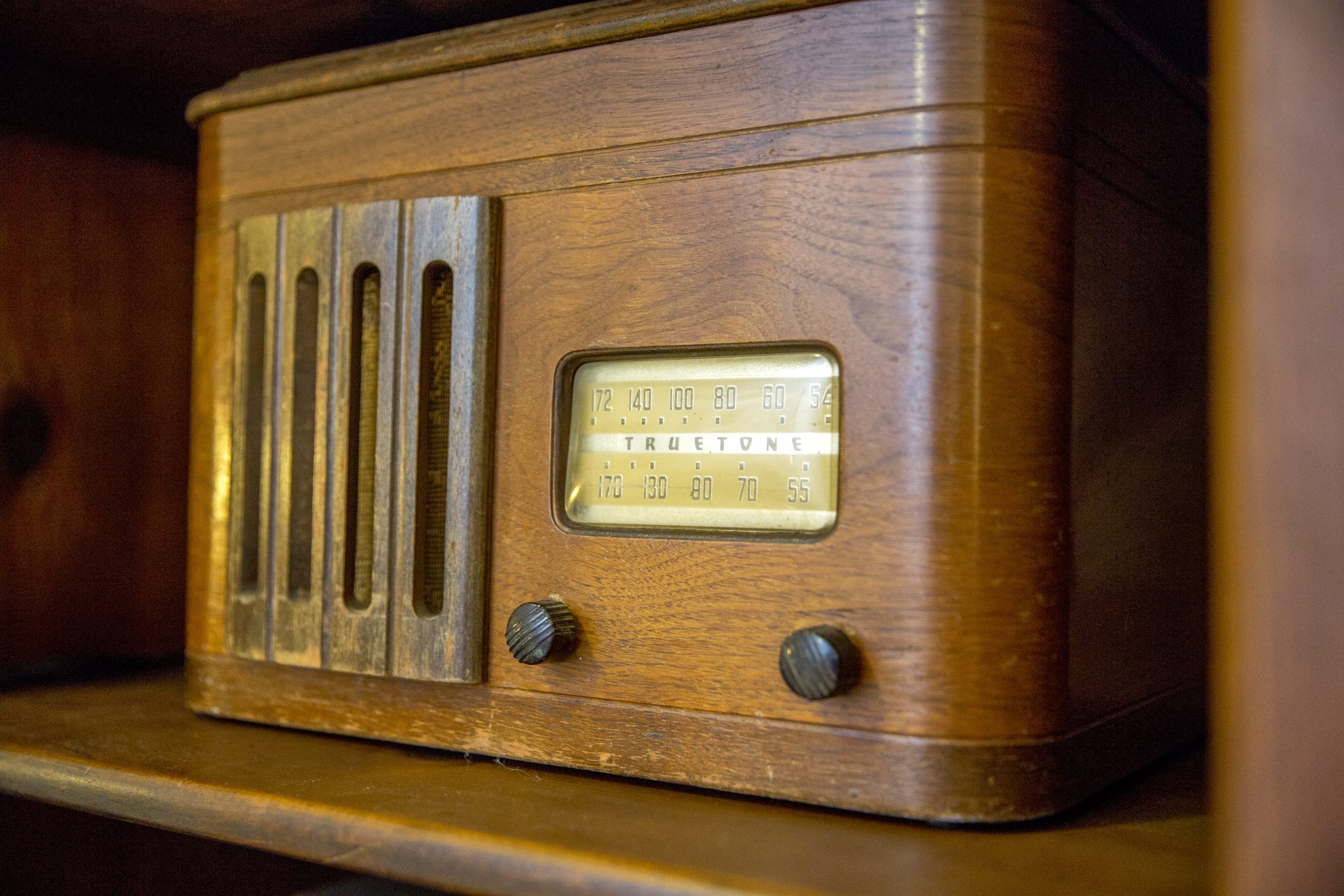 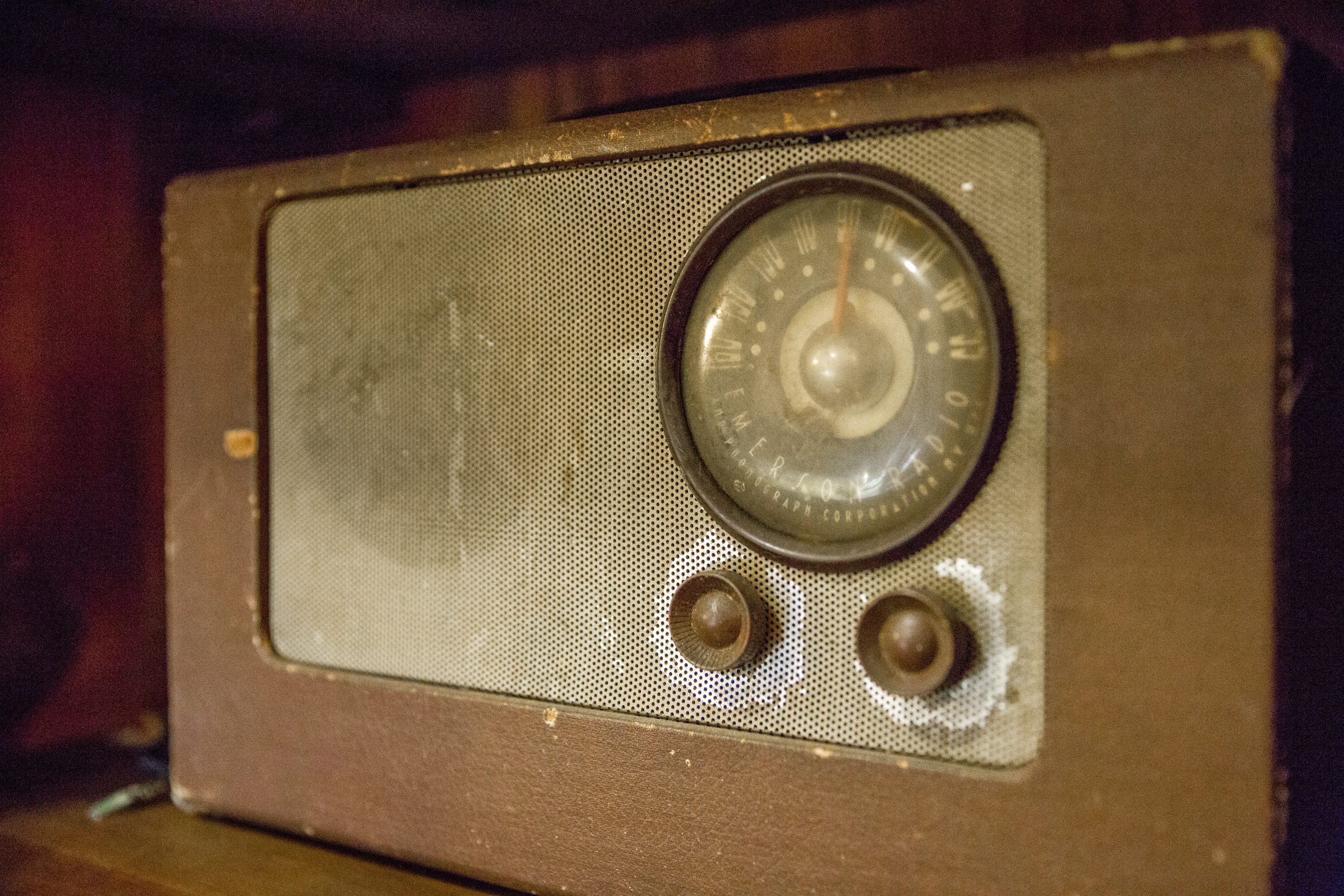 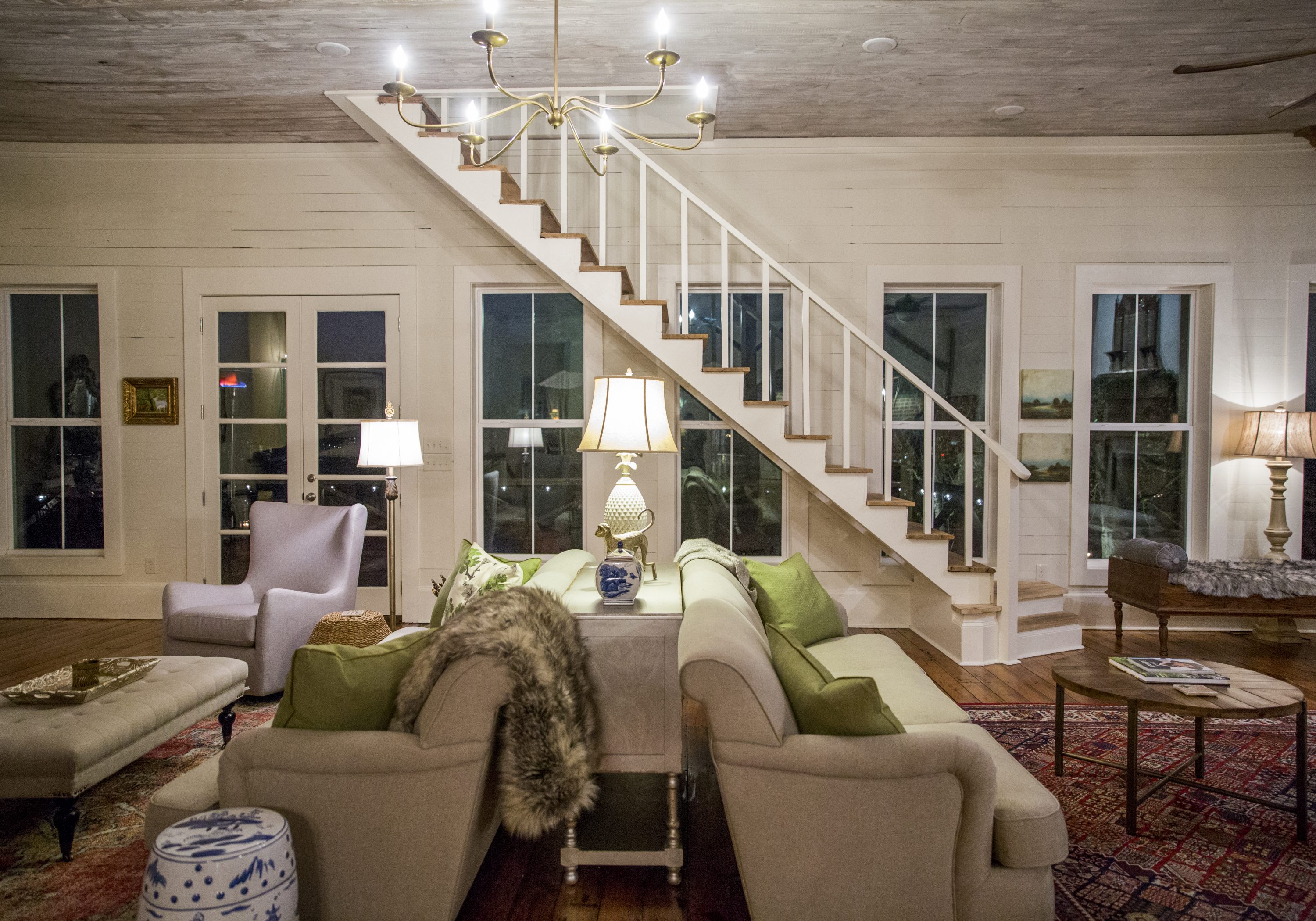 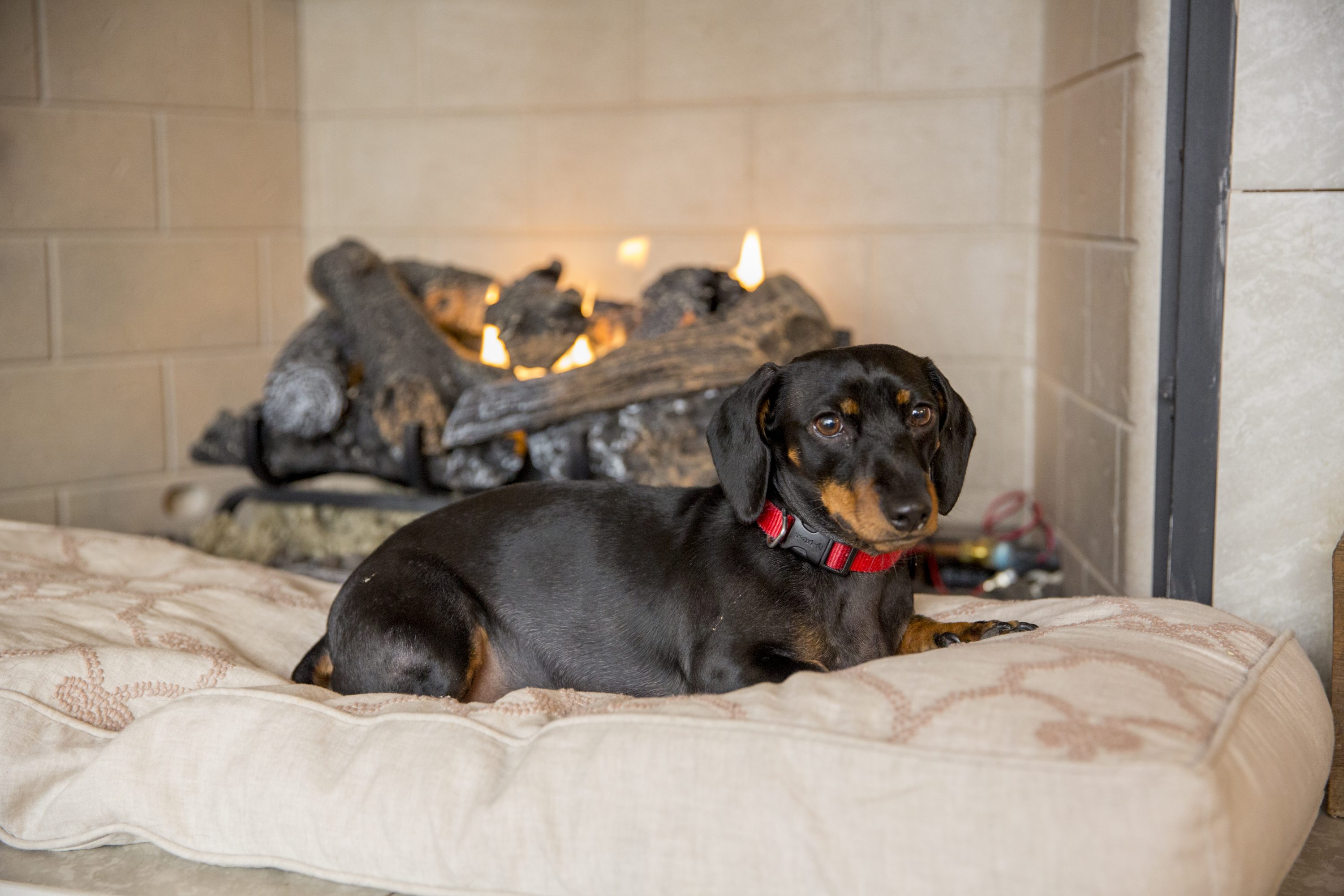