Saturdays in the South 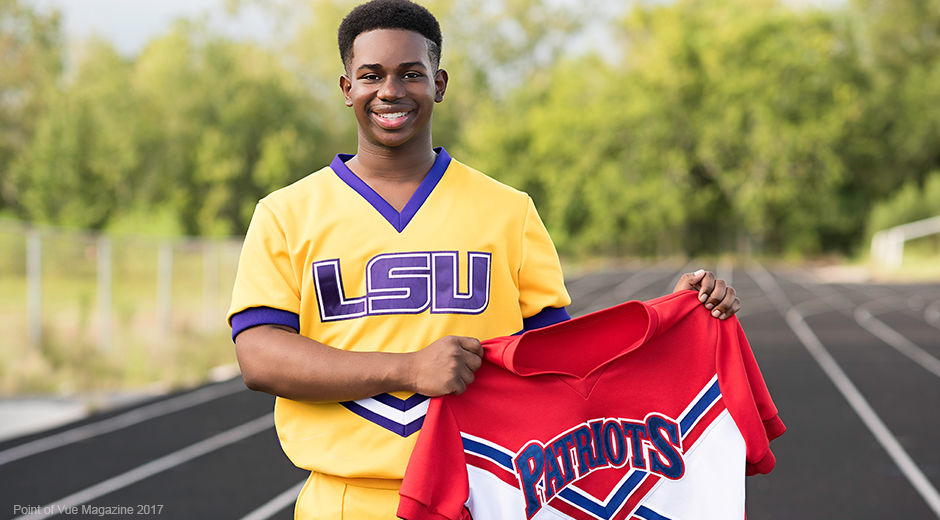 What was only a dream a few months ago has become reality for LSU’s new cheerleader, Mathieu Tillman. Through hard work and dedication over the past years, the Ellender Memorial graduate will be making his way to Tiger Stadium and joining the squad this Fall.

Mathieu has always been a leader and strived to be the best at everything he did. At Ellender he set two goals for himself: to be valedictorian and to be class president. He accomplished both and more.

“Earning my title as valedictorian was a rough goal to accomplish,” Mathieu recalls. “It required a lot of sleepless nights and countless hours.”

In route to being valedictorian, Mathieu took on every advanced placement class that Ellender offered, while being dual-enrolled at Fletcher. He accomplished his class president goal multiple times as he was voted class president every year of his high school career, crediting his social skills and exhibition of the right characteristics outside of the classroom.

Mathieu’s interest in cheerleading sparked when he first stepped on Ellender’s campus. He wanted to be involved as much as he could and considered pursuing something in athletics. After a friend suggested cheerleading, Mathieu knew that would be a perfect fit as he was full of school spirit and always had an interest in tumbling and stunting.

As a cheerleader, he set high goals as well. “Once I became a cheerleader, it was no doubt in my mind that I was going to be captain,” Mathieu says. “Along the way, people told me I couldn’t, as with everything else I’ve done, but that motivated me even more to go after it.”

However, none of these accomplishments came easily. Mathieu cites time management as being the key factor to all his success. “I just kept track of everything that I needed to do and prioritized my tasks. I didn’t make any excuses, and I did everything to the best of my abilities. I also had a very strong support system,” he explains.

When it came time to choose a college, Mathieu felt that LSU offered him the best opportunity to be successful through academics and cheerleading. He knew he would be taking a risk, considering LSU’s rigorous cheer tryout process, but decided to give it a try.

“LSU is the best of the best nationwide, and I knew that becoming an LSU Cheerleader would push my limits as well as enhance my college experience,” Mathieu says.

Starting in mid-July, the cheerleading year at LSU can be quite the grind. The squad kicks off with pre-camp, followed by a week at a UCA College Spirit Camp, and the year does not end until the following year’s tryouts. No one is guaranteed a spot on the squad, and every member must try out again each year making the competition fierce and the requirements very demanding.

To be eligible, students must be outgoing, well-rounded, and keep up their grades, all which Mathieu proved during his high school career. Meanwhile, they must also maintain a certain level of fitness to perform stunts and keep the energy level of the crowd high at football, basketball, volleyball and gymnastic events.

”For me, being a part of LSU’s cheer team means that there’s no limit to what I can do and that what other people say and think doesn’t matter,” Mathieu says of his new role.

Mathieu made his trek from Houma to Baton Rouge on August 16, and is ready to start classes for his pre-med kinesiology curriculum. Coincidentally, the cheerleader has never been to an LSU football game, but is very excited to see what Tiger Stadium is all about. He is about to witness one of the most exciting environments a college campus has to offer as over 100,000 prideful LSU fans are sure to be rockin’ when “Callin’ Baton Rouge” blares on the stadium’s speakers and the team takes the field for their first game of the season.

“A few months ago, this was only a dream, and it’s still surreal,” Mathieu explains. “I always believed that I could make it, but to actually be here is an indescribable feeling.” 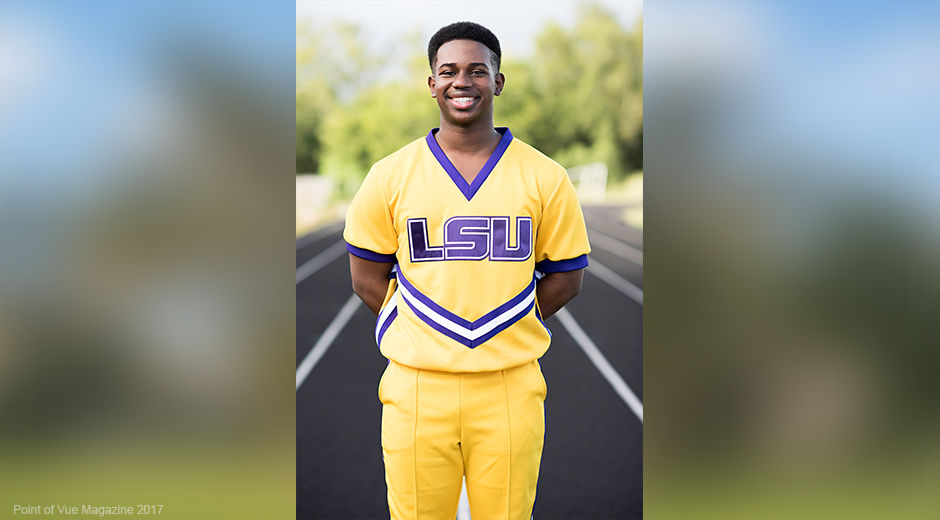 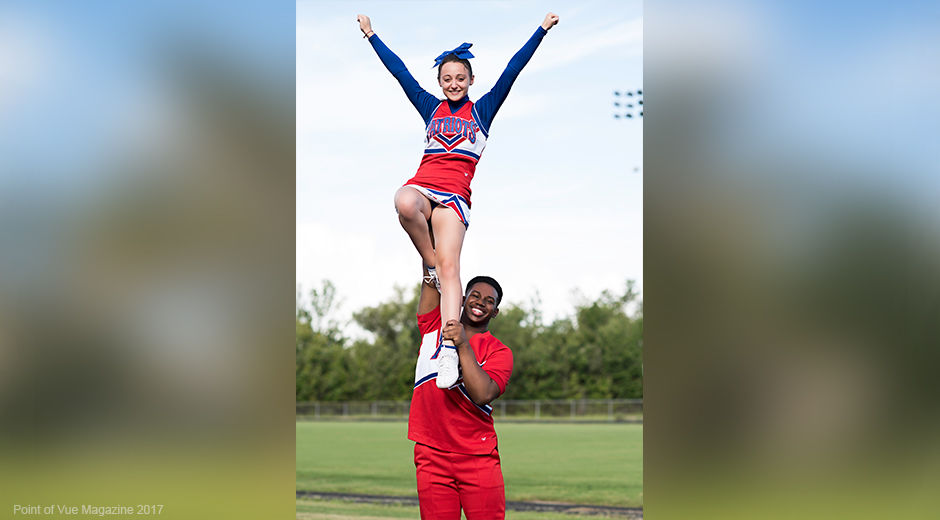 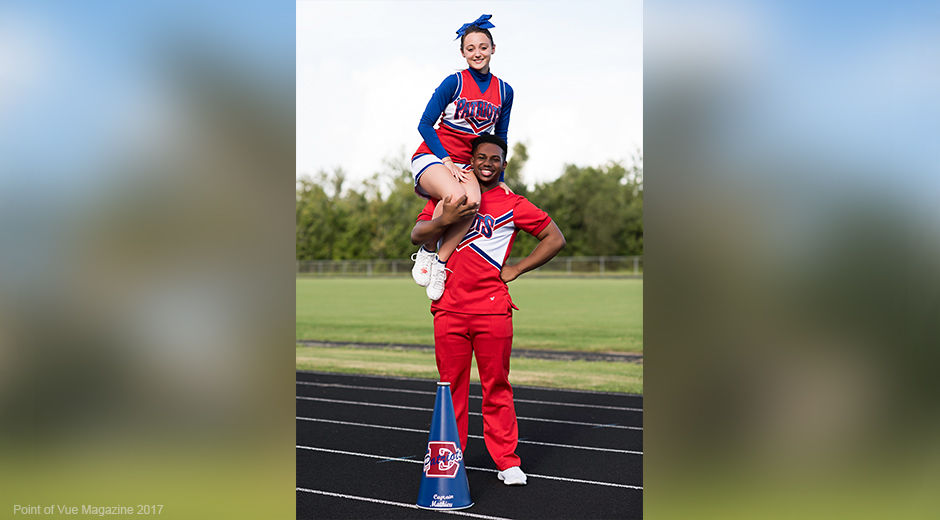 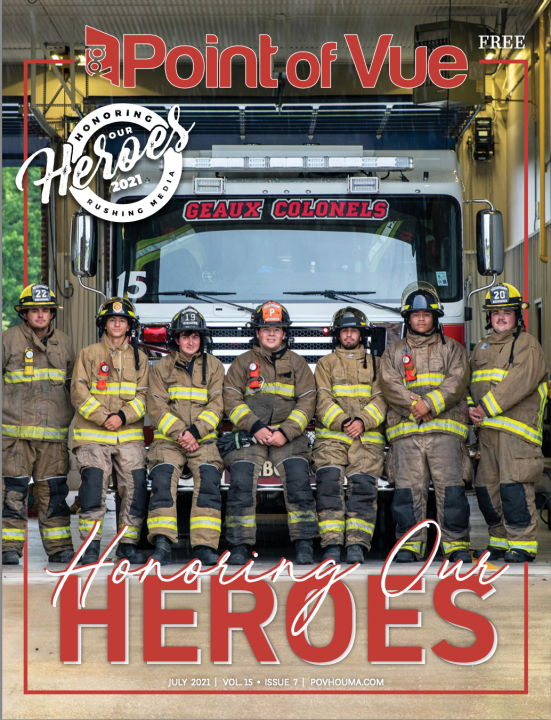