Fresh From the Farmstead 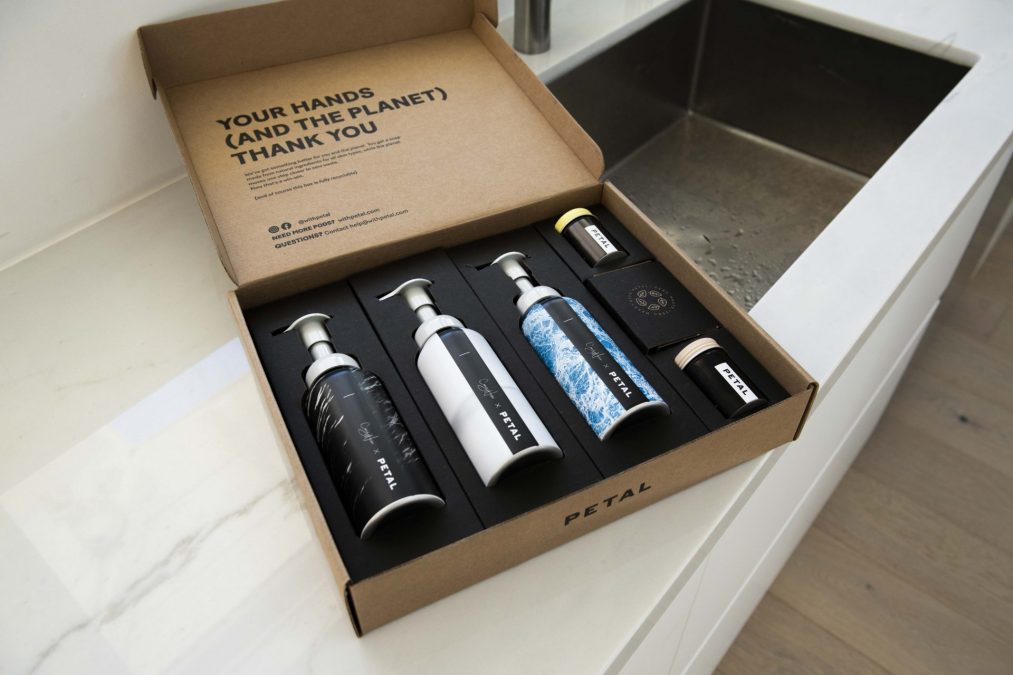 The novel coronavirus illuminated many inconvenient truths, one being that the world was ill-equipped to handle such a fast-moving pandemic. Thus, stores quickly began to fill shelves with antivirus defenses: masks, disinfectants and of course, hand sanitizers and soaps.

But commonly unbeknown, too many of the latter are either ineffective or contain chemicals that may be harmful — not to mention what the plastic waste does to harm the environment.

One growing company offers an alternative to such products to “clean hands for a cleaner world.” And it was started by a Houma native.

Before his current venture, Petal, Houma native Jason Domangue already found success as an entrepreneur. Fifteen years ago, he moved to Austin, and he and his partners founded a company in Internet of things (IoT). It was the first to allow residents to control their house from their phone — before the iPhone’s invention. The startup generated interest from some of the big names in the tech industry and sold to Comcast for a multi-hundred-million-dollar sum.

“When I did that, my wife said, ‘Okay, you had your fun. We’re moving our butts back home,” Jason smiles.

So they moved back to Louisiana and settled on the Northshore about five years ago. With an LSU degree in marketing, Domangue took up some positions to help other businesses grow. But the 9-to-5s didn’t suit his entrepreneurial spirit.

“I realized that day jobs are really not my thing. I’m a startup guy,” Jason shares. “I had made enough money on my startup that I decided I wanted to look and figure out a way to do something that’s physical but aligned with a social cause: do some good for the world with my skillset.”

The idea for Petal came to him in 2018 when searching the bathrooms of his home for a container of soap that wasn’t empty. “I’m in the guest bathroom washing my hands, feeling a little gross. And I see all this plastic and realize I’m going to be creating all this waste,” Jason remembers.

Jason knew there had to be a better way; therefore, he called up his friends from his previous startup and went to the drawing board. Getting the product to where it is today, however, wasn’t an easy process. With several iterations and tests for quality and efficacy, the natural soap was put through a rigorous process. When the group discovered a formula that effectively killed bacteria, they bumped into another obstacle.

Polyvinyl alcohol, also known as PVOH, is used to contain the liquid soap in pods. The same technology is also used in Tide PODS, but Petal’s is safe for the skin and even edible. “You don’t want to eat it,” Jason laughs. “But you could. It’s an FDA-grade film.”

“The problem with this stuff is you’re putting a liquid inside of a thing that dissolves by liquid. So, you have to go test with the company that makes that stuff to see if it’ll hold it,” Jason goes on to explain. “On the production line, they started to make, and it just dissolved through every pod we had.”

Not until after a year and a half of testing would Petal find a formula that worked, and the company developed its prototype in March of 2020 — when COVID-19 cases began to spike.

“A lot of people think I got into this business because of COVID. I wish I was that smart and could predict the future like that,” Jason says. “But it felt like the universe was saying, ‘This is your calling. The world needs handsoap.’”

Thus, he left his day job and focused his efforts on getting Petal to market, which it finally did last November.

Petal is a foaming hand soap made with all-natural ingredients. The pods create 8.5 ounces of soap when mixed with water. “A lot of soaps that are out there contain a lot of junk that you don’t really need,” Jason explains. “For example, the CDC says don’t use hand sanitizers or antibacterial soaps as frequently as you should be using plain hand soap, because hand soap is just as effective if not more effective than those products.”

“If I use the term ‘antibacterial’ in my soap, I’ll sell more — even though it’s actually harming you. It creates super germs: it’s killing bad bacteria and good bacteria. It’s not natural,” he continues. “So what we focused on is how can we strip every single, unnecessary thing from our soap and still make it super effective.”

The CEO notes that Petal does not contain any synthetic dye or scents — which typically cause problems for people with sensitive or allergic skin — or artificial additions to make the soap thicker. “Our soap is very light and rinses very cleanly,” he says. “I’m not trying to fake you out. I’m trying to give you the right stuff to keep your hands clean and healthy.”

To dispense the soap, customers can select any of Petal’s three reusable, recyclable aluminum bottles designed to match home decor. Or they can choose a bottle styled with photos from world-renowned photographer Corey Wilson.

In addition to the aforementioned products, Petal offers the Wyland Starter Kit, which contains a bottle decorated with one of the famous artist’s coveted works. Twenty percent of all sold kits go towards the Wyland Foundation, which is dedicated to promoting, protecting and preserving the oceans.

“What we’re trying to do is align with like-minded brands and folks who have more reach to help us get in front of folks and turn somebody who just wants a really good-looking bottle and some good soap into someone that’s now thinking about sustainability and how their efforts might make an impact on the future,” Jason says.

The Houma native says he was exposed to environmental issues early on and donated money or work to help related causes; however, he never dedicated his career to it as he is doing now.

“I let myself be open to the fact that if I’m going to make a change in the world, I can certainly donate money and time, but that’s on a smaller scale,” he shares. “If I could do what I do best — which is create companies and scale companies — and then make that create a movement, I felt like that would be more impactful to what I can contribute to the world.”

Jason says he’s receiving positive feedback on the natural soap, especially from customers wanting to do their part to clean and preserve the ocean.

“Right now, 500 billion bottles of plastic personal care containers end up in the ocean every year,” he highlights. “We’re not all going to fix that overnight. But if we all take these small steps together, then we can.”

To find out what Petal has in store, folks can visit withpetal.com. Petal products can be found in only one retail location globally — Jason’s mother-in-law’s flower shop, Butterflies N Flowers Florist, in Houma. POV 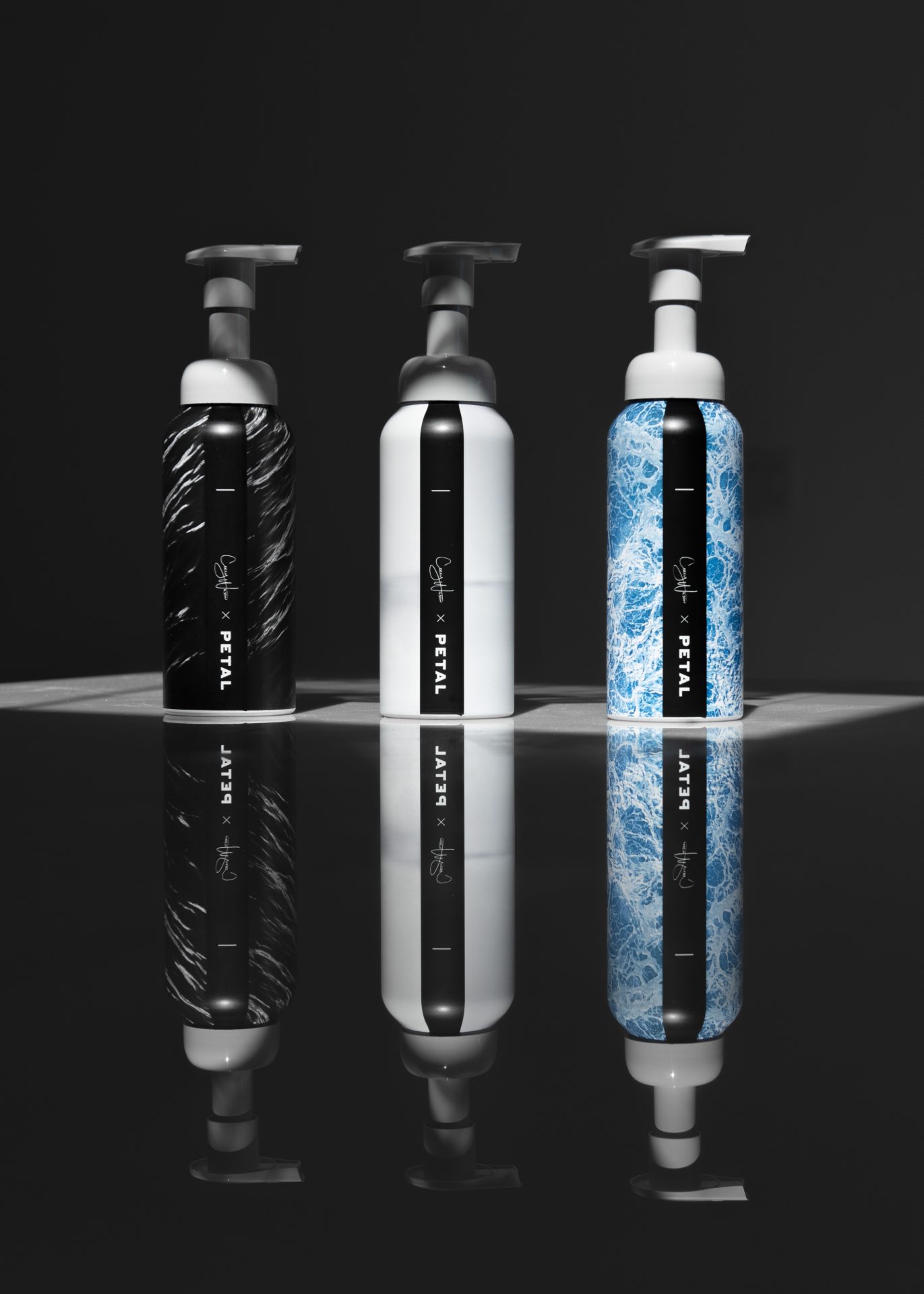 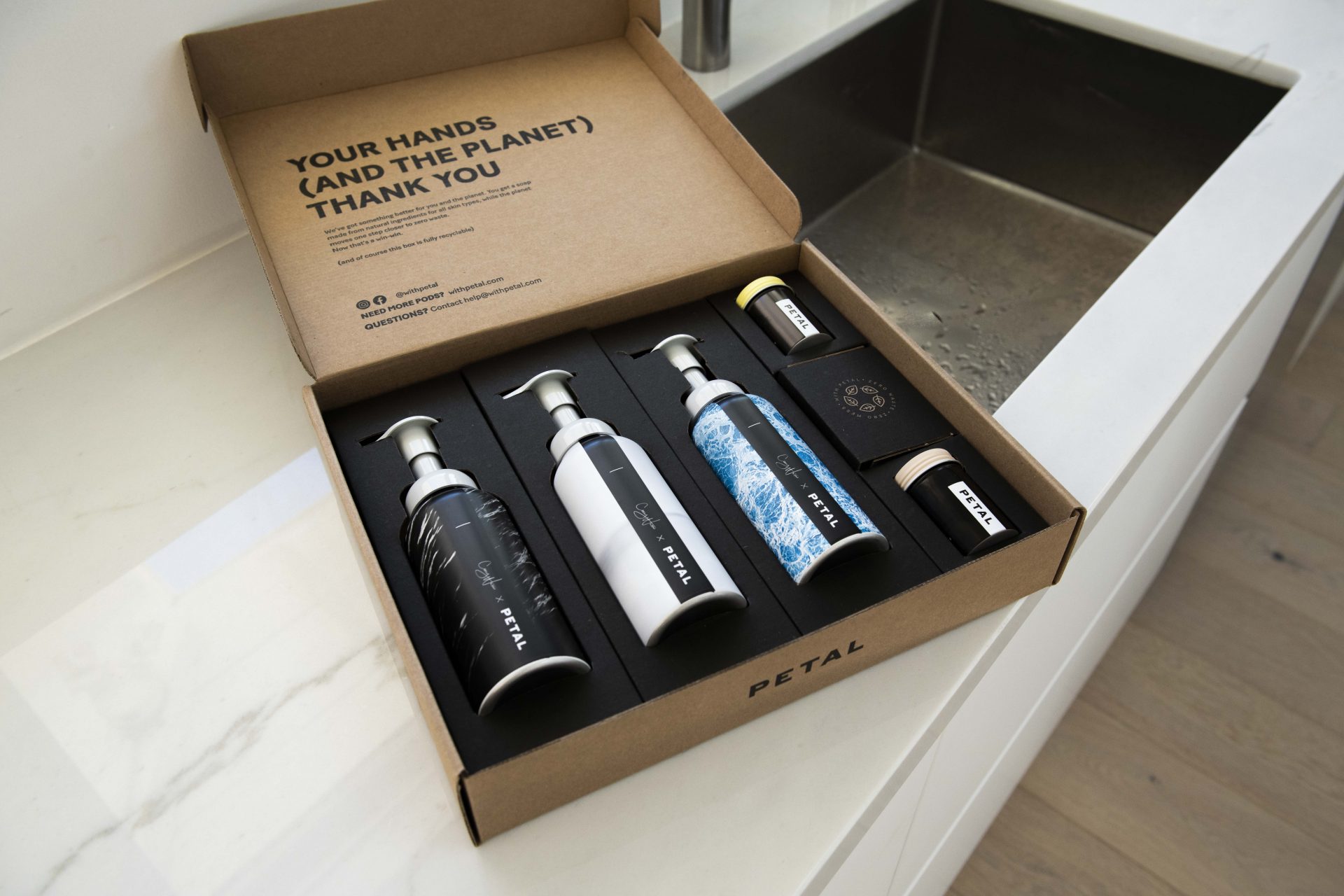