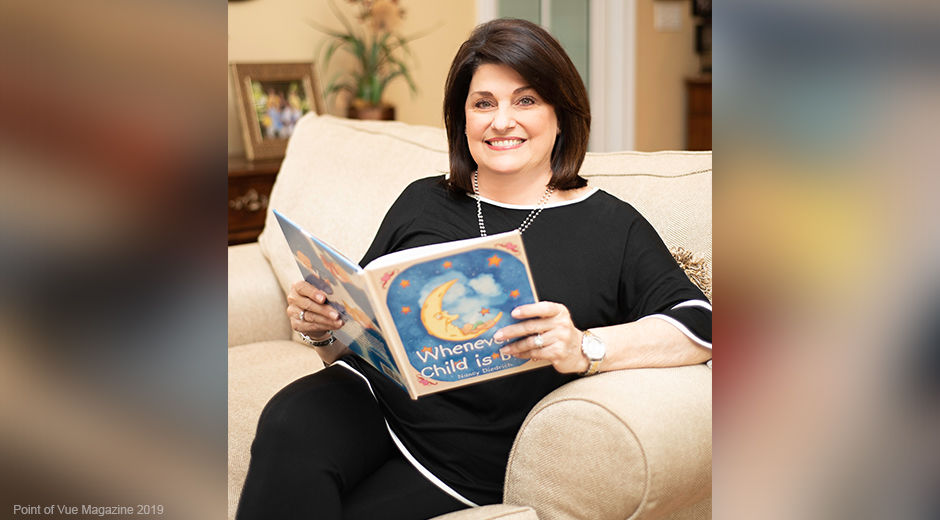 If we polled parents here in the Bayou Region, the day they first took their newborns home is sure to be at the top of their happiest moments in life. But as that new bundle of joy entered their home, so did certain anxieties.

For children, separation anxiety is common in those ages six months to three years old. This, according to kidshealth.org, can lead to the more serious separation anxiety disorder — which can cause children to have panic symptoms, nightmares about separation, fear of sleeping alone and/or excessive worrying.

Perhaps less talked about but still fairly common is parental separation anxiety that can develop as early as the pregnancy stage. Like a child’s separation anxiety, it too can cause excessive worrying and fear — but in a parent when they are away from their child.

Nancy Diedrich — local author, Licensed Professional Counselor, Licensed Marriage and Family Therapist, among other titles — published a children’s book in 2017 that tells children and reminds adults that they are never truly alone.

When the Plaquemine-native moved to Thibodaux to earn her degree in education from Nicholls State University, she sought a career teaching English, as she always had a passion for literature. “I love to read and love to write,” Nancy says. “I tried to make it interesting enough so my students would enjoy it too.”

As a young teacher at E.D White Catholic High School, where she taught for 11 years, Nancy was in charge of various student organizations and found herself often interacting with students who sought her counsel.

Gaining a new appreciation for helping others by listening and talking, she returned to school—this time to earn a master’s in psychological counseling.

Nancy later opened a private practice in downtown Houma. Not only was she willing to counsel those who walked through those doors, but she also did marriage and family therapy for the Diocese of Houma-Thibodaux during her 25-year counseling career.

“When I was a younger counselor, responsibility was a heavy feeling…I guess it hurt me to see so many people in pain,” Nancy recalls about her early years in counseling. “The good part was that we were helping them work through their pain. But initially when people first come in and present their problem, it’s sad…heartbreaking sometimes.”

However, Nancy says she enjoyed her entire counseling career and the differences she made in so many lives in the area.

“I retired last year and really miss it. Counseling is a very positive occupation. You can see the difference in your clients when they are sitting in front of you,” she says. “I had to keep them motivated to do it themselves, so they’d be proud when they did get through it.”

The longtime writer (producing relationship articles for the Bayou Catholic during her career with the Diocese) knew she wanted to publish children’s books when she started writing stories for her seven grandchildren. Yet, it was during her time counseling for the Diocese that spurred the creation of her book “Whenever a Child is Born.”

“I had a client — a young child — who lost a sibling and was very afraid that, ‘If my sibling died, then I might die too.’ And so that child began to feel afraid at night and feel afraid of loud noises…or anything when the parents weren’t around,” Nancy remembers. “So working with that child brought me to this.”

“…Angels wait anxiously and with great excitement to see which one of them will be chosen to be the guardian angel of a child that is to be born,” reads the synopsis of the book on amazon.com. “…The story comforts parents with the knowledge that their baby is a special gift from heaven to them, and that they will never be alone raising their child, and that their child will never ever be alone in life.”

Since it was released in 2017, “Whenever a Child is Born” — which was illustrated by local artist Chris Diket — has been comforting parents and their children, especially those families here in the Bayou Region. She has read the book to children at several local Catholic schools.

“They love the pictures; they love the story. It gives them an image of what maybe someone had told them, but they didn’t have an image for,” Nancy expresses. “I find it’s been so well received. I’m so happy about it.”

For parents who read the book, it offers solace — mainly for those with newborns. “A new parent is terrified to leave their baby in a room by themselves…” Nancy says. “It’s a comforting book for parents. I didn’t intend it to be, but that’s what it’s turning out to be…”

Now with the success from “Whenever a Child is Born” and her continuous love of writing, the hardworking author is currently working on a children’s Christmas book and an adult book that focuses on the betterment of relationships. Her career can be followed at nancydiedrich.com.

“…A million ideas come into your head [when writing]. But finding one that has a niche is the key,” Nancy shares. “That happened to me accidentally. For this book, the niche was a new baby, new mother, new family, new everything, and that is what the publisher grabbed at.” POV 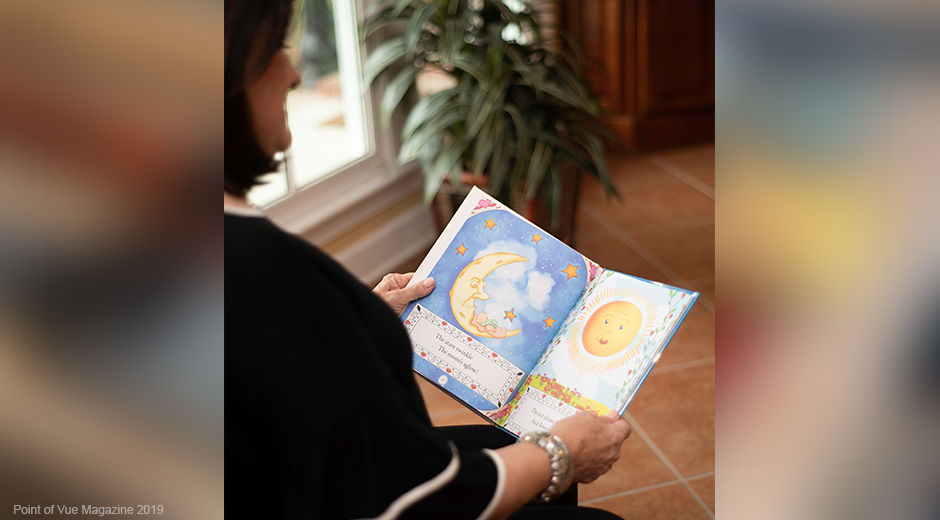 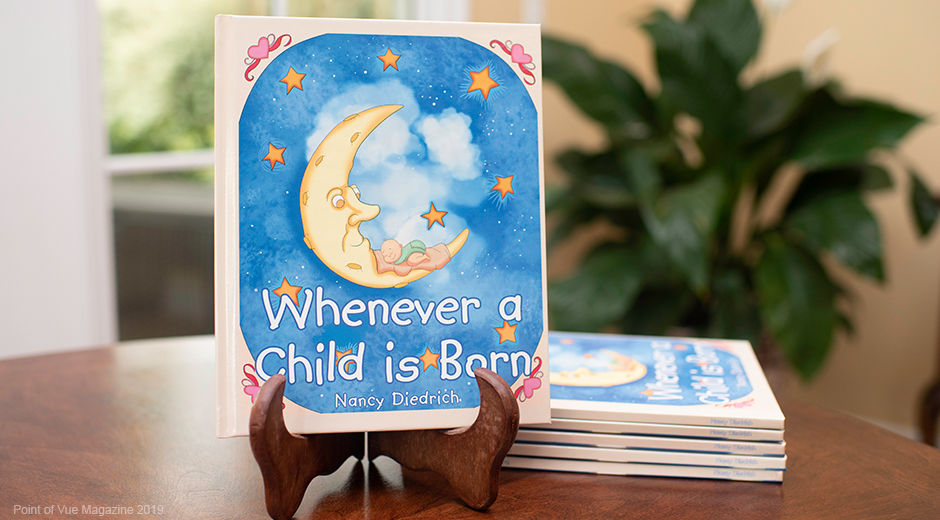