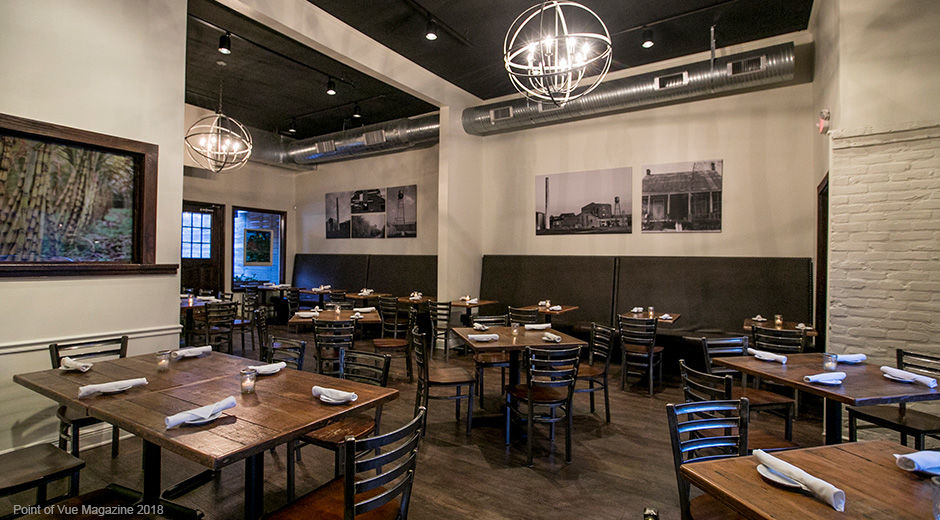 by Bonnie Rushing
Point of Vue

Showcasing the power of great taste in food and design, Cinclare restaurant, located in historic downtown Thibodaux, is known for their unique Southern contemporary cuisine and extraordinary cocktails. Husband and wife team, Michael and Kimberly Dalmau, worked together to transform the vacant spot into an industrial yet elegant space.

The chic eatery, open since early 2016, embraces local character in photographs and artwork. Nods to the restaurant’s namesake, Cinclare Sugar Refinery, in Brusly, Louisiana, include imagery of sugarcane as well as black and white photos of the refinery. Michael’s fondness of the refinery stems from memories of visiting his grandparents who lived on the property as his grandfather was a lead engineer.

Prior to being a restaurant and bar, the space on 3rd Street also once served as a dress shop, a dry goods store, and a parts store for the Ford dealership that once stood next door. Enlisting David DeVillier with DeVillier Construction for the renovation, the Dalmaus were able to reconfigure the interior and convert the space into a highly functioning, completely modern commercial kitchen complete with a spacious bar and dining room. The location was sold with the original bar from the last few decades in tact.

“My favorite feature would have to be the bar which we kept from it’s original barroom state, save for about six feet that we had to remove to provide access to the kitchen. We preserved the natural wood bar and by sanding, sealing and staining it,” said Michael, who also serves as the restaurant’s operator.

A striking back and white mosaic tile treatment was used in the bar area while wood plank style flooring was used in the dining area. “The interplay between mosaic tile, the blue bar back drop, natural wood top, the stainless steel accents come together to to create a very warm and social gathering place,” Michael says.

Using a very stratified wood treatment along the walls behind and alongside the bar create an interesting effect as you enter the restaurant and step into the bar area. In the front, two narrow horizontal turret style windows were removed and opened up to make way for window bays that are nearly six feet by six feet, allowing natural sunlight to pour into the dining area.

Cinclare’s head chef and bartender make sure their offerings are as exquisite as the physical space itself. Jeffery Markel, general manager and bartender extraordinaire, serves original cocktails and classic cocktails such as the Old Fashioned, Moscow Mule and the Sazerac, in reverence of the way they were intended. Logan Boudreaux serves as the head chef, developing a unique menu from the kitchen that changes every season. 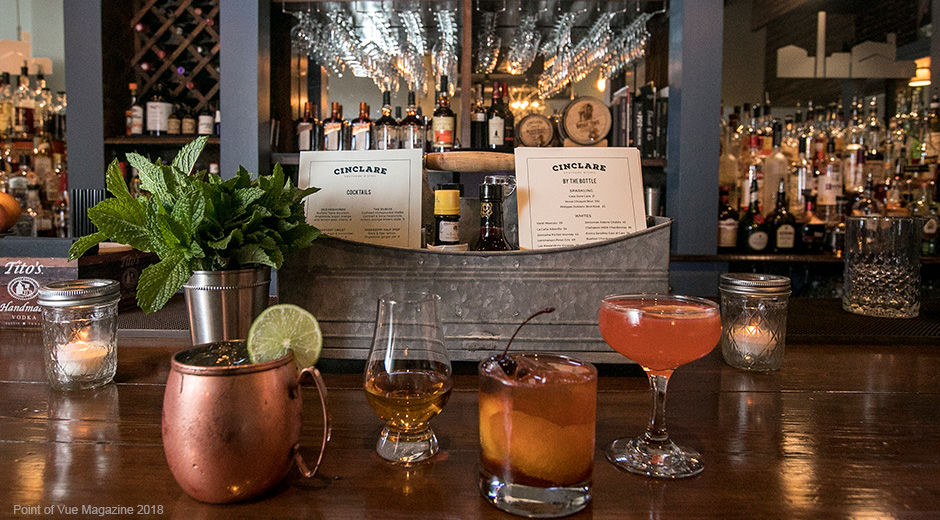 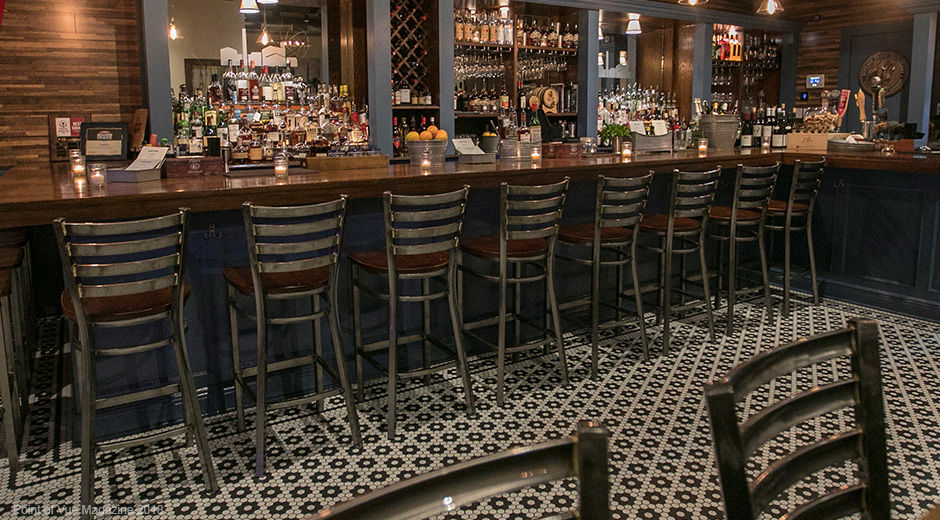 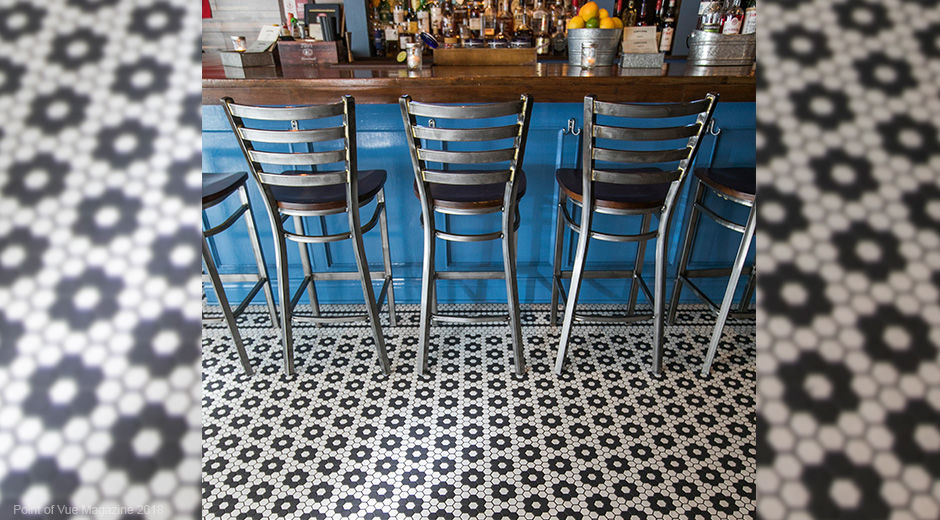 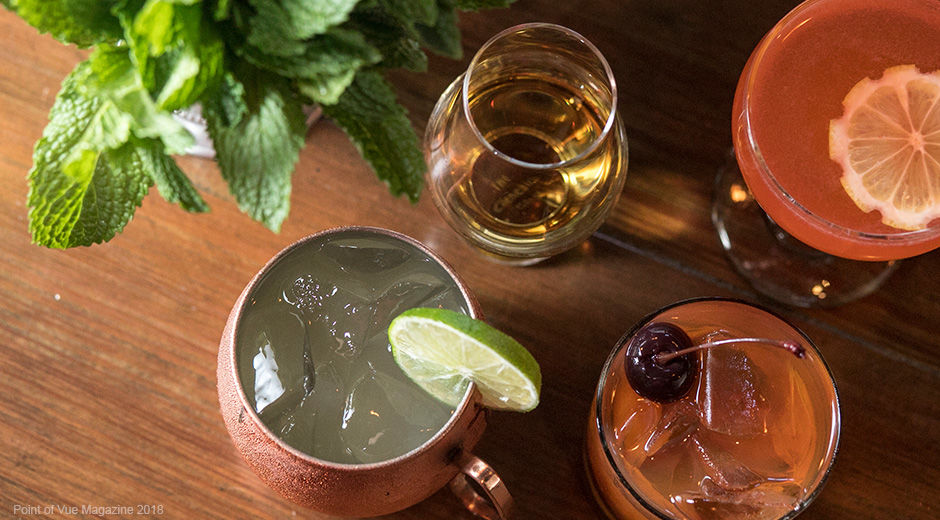 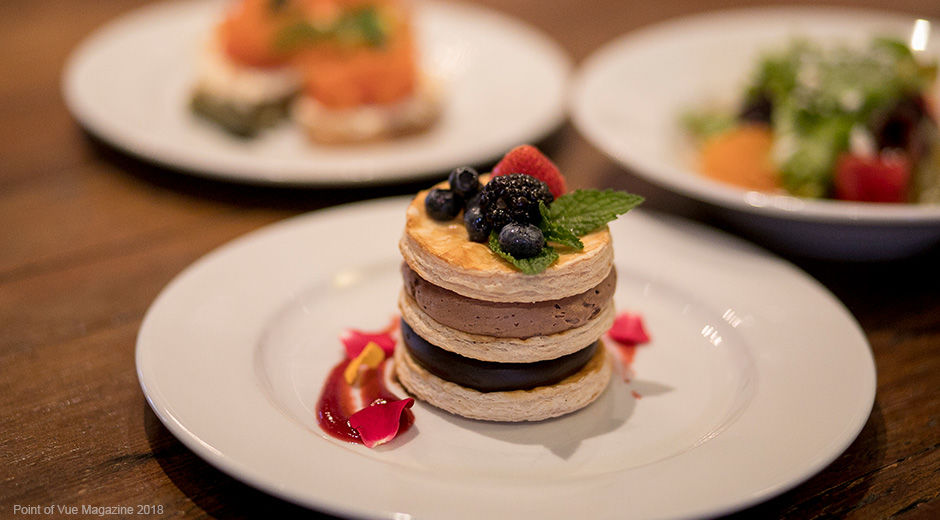 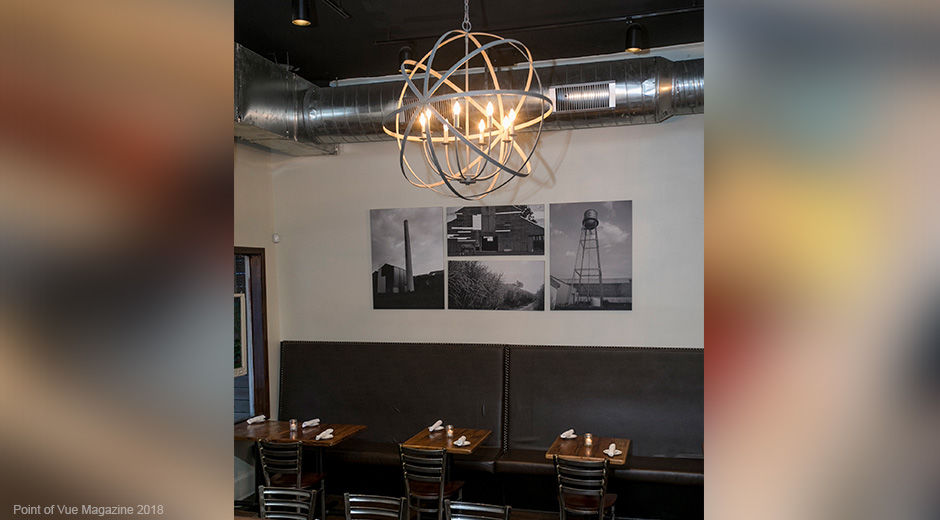