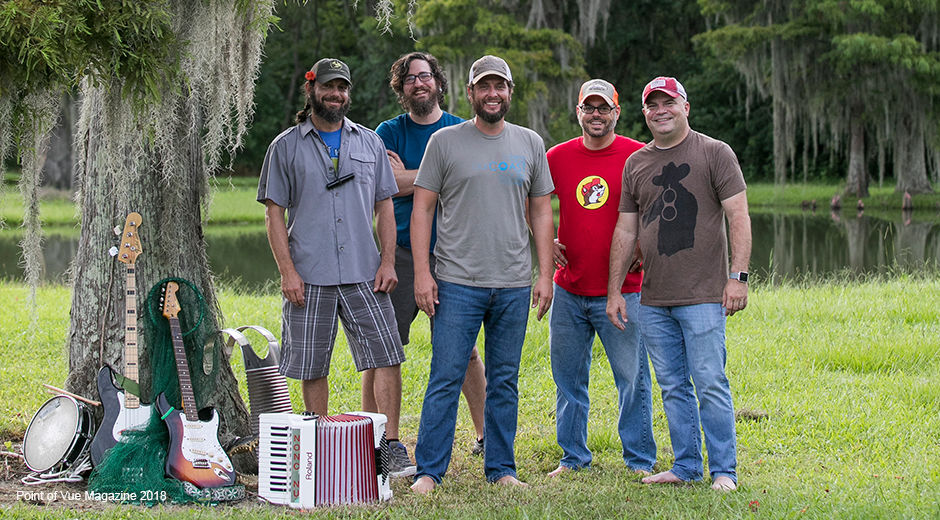 As an art form as long-standing as South Louisiana culture itself, it’s not easy to come across fresh ways to deliver Zydeco music. But the modern Cajun band known as “Nonc Nu & Da Wild Matous” has done just that. This lively group of bayou area natives has developed an innovative sound by combining modern antidotes and often humorous Cajun-French lyrics with the traditional Zydeco rhythms we all know and love.

Although officially formed in 2013, the members of Nonc Nu & Da Wild Matous have been knowing each other for quite a while; some of them going as far back as elementary school. Each of them having musical backgrounds, they had all played in different bands throughout the years, and were running into each other playing here and there. But it wasn’t until after they had jammed at house parties for a few New Year’s Eves in a row, that Cody Guidry (bass) decided they needed to get organized and officially form as a band.

“We had all played in rock bands, metal, alternative through the years… but we had the most fun together when we were playing the music we liked to listen to from local radio stations on the weekends, which was Zydeco,” explained Cody. “So I started making calls and asking my friends to see who wanted to join in. We knew we needed an accordion, which none of us knew how to play. But Mike [Collins] knew how to play the piano, so I told him to just turn it on it’s side and play; and it worked! I called Phillip [Porche] to see if he knew how to play the fiddle, he didn’t. That’s a hard one.”

But the band did quickly start to form without a fiddle player, by adding Phillip Porche on guitar and lead vocals, Leith Adams on drums, and finally Nick “Raffi” Adams on the washboard. “I had never played washboard before,” Raffi laughed, “but once I tried, it felt just like dancing. You just get into the rhythm and go. I know we’re having a good gig when the shoes come off in the crowd. That’s when I can let loose because I know they’re having fun.”

Starting out, they played house parties, some local bars, and fundraisers here and there, but things started to really take off when the band was invited to play at the Voice of the Wetlands Festival in Houma. “That’s where it clicked. We had a great audience, and were able to form friendships with other musicians in the area, and learn from them, and hang out. It was great,” remembered Mike. “From there we started playing other festivals, more bars. We even had about a six month stint on Bourbon Street. That was interesting. We met people from around the world there.”

And although Nonc Nu & Da Wild Matous have played from Houston to Atlanta, and many places in between, the group credits their casual, down-home sound and funny lyrics to their unique Louisiana heritage. “We all grew up hearing our grandparents speaking Cajun French, and this kind of music is just as much a part of our culture as the incredible food. It seems everyone down here has at least an uncle or cousin who plays,” said lead vocalist Phillip Porche, “And I’m sure everyone remembers walking into a conversation in the kitchen and if Maw Maw didn’t want you to know what she was saying, she would switch to French!” he joked. “So you learn to pick up on some of the words. We have fun mixing them into our lyrics. The best compliment I think we ever got is somebody told us our music reminds them of their Paw Paw. Man, that’s the best.”

Boasting songs titles like “Boo Poo Dee,” “Whitetail Fever,” “Roux Ga Roux Shuffle,” and “Eyee Ya Yie,” it’s not hard for the band to immediately channel the bayou, wherever they may be. And if one is in the mood for some light-hearted Cajun chuckles, the band’s music can be bought on iTunes, streamed on Spotify, or even better, heard live at various bars in Terrebonne and Lafourche as well as some upcoming local fishing rodeos and festivals. When asked who their target audience is, in true Cajun fashion they jokingly responded, “Cooyons and Knuckleheads!”

So, who is Nonc Nu? And what are Wild Matous? Glad you asked. With a literal Cajun-French translation of “Uncle Naked and the Wild Tomcats,” the band claims it’s more of a state of mind. “Whoever gets casséd at a gig- that’s Nonc Nu for that night,” explained Phillip. “It’s no one person. We just thought it was funny,” added Mike.

With five years, two albums, and one compilation under their belt, the future looks bright for Nonc Nu & Da Wild Matous. They are currently writing songs for their third album, which the band is hoping to record themselves. Phillip credits their success to their ability to have fun and stay together. “Lots of bands just don’t get legs because it’s so hard to stay together. But we’re like a brotherhood, a big family. Even with other local musicians we’ve met. That’s what’s great about Cajun culture. Everyone’s family, no matter where you are. And by the way, we are still looking for a fiddle player!” 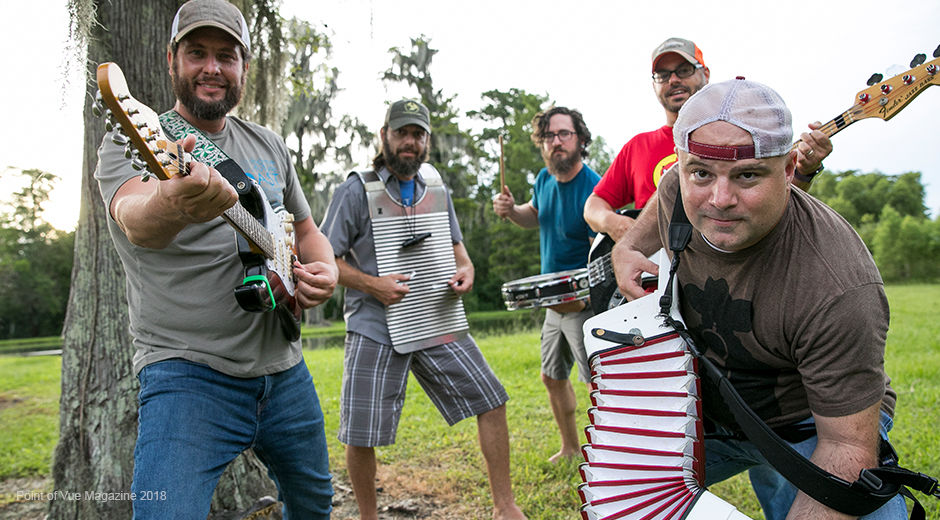 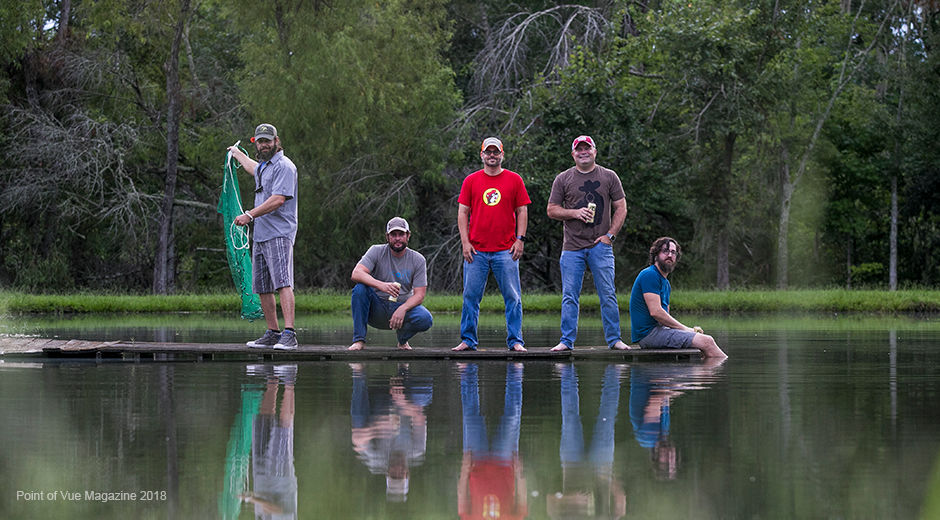 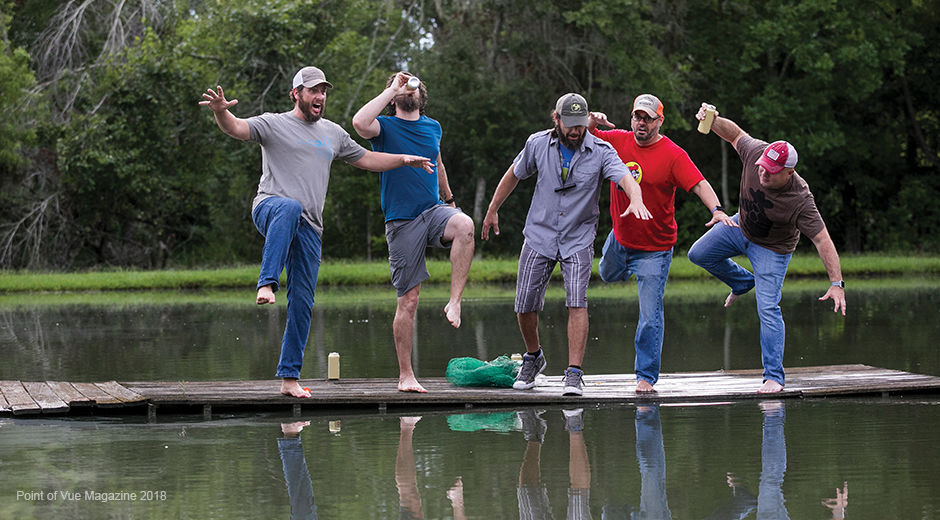 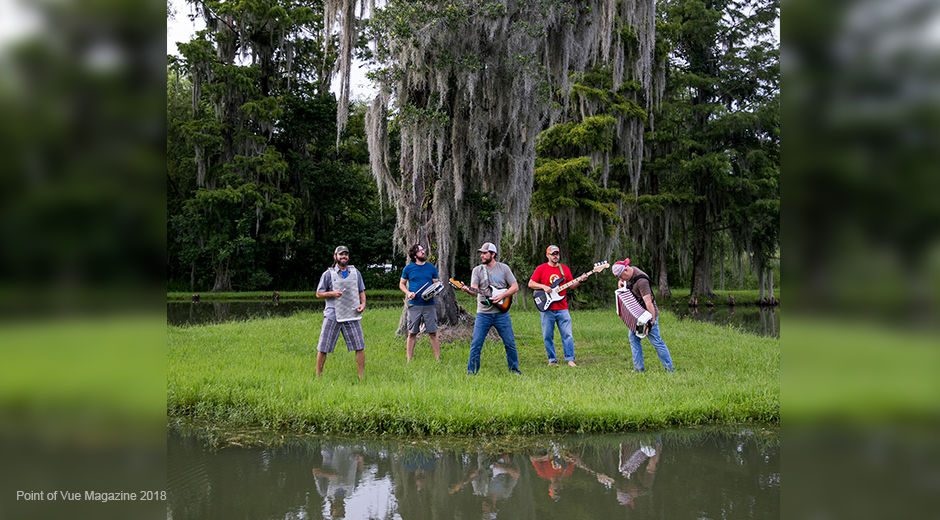 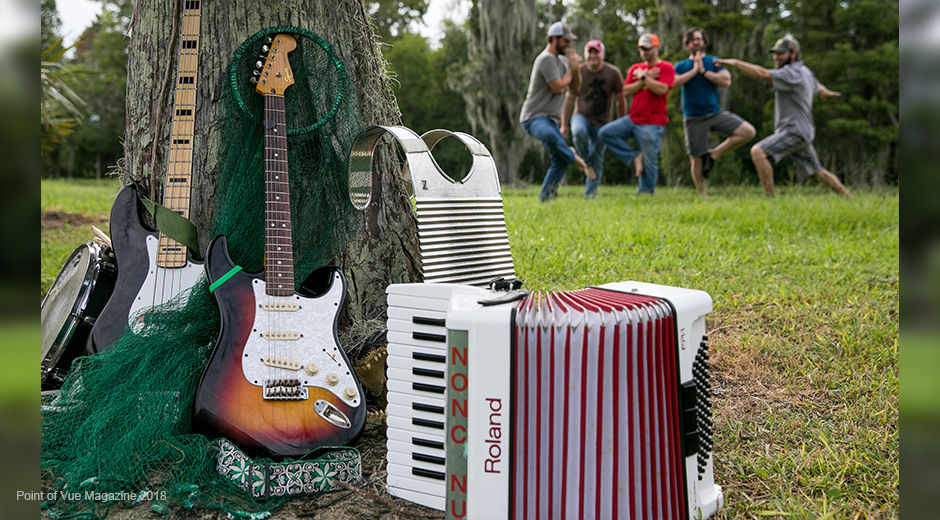