Fresh From the Farmstead

Helping Hands for Those in Need 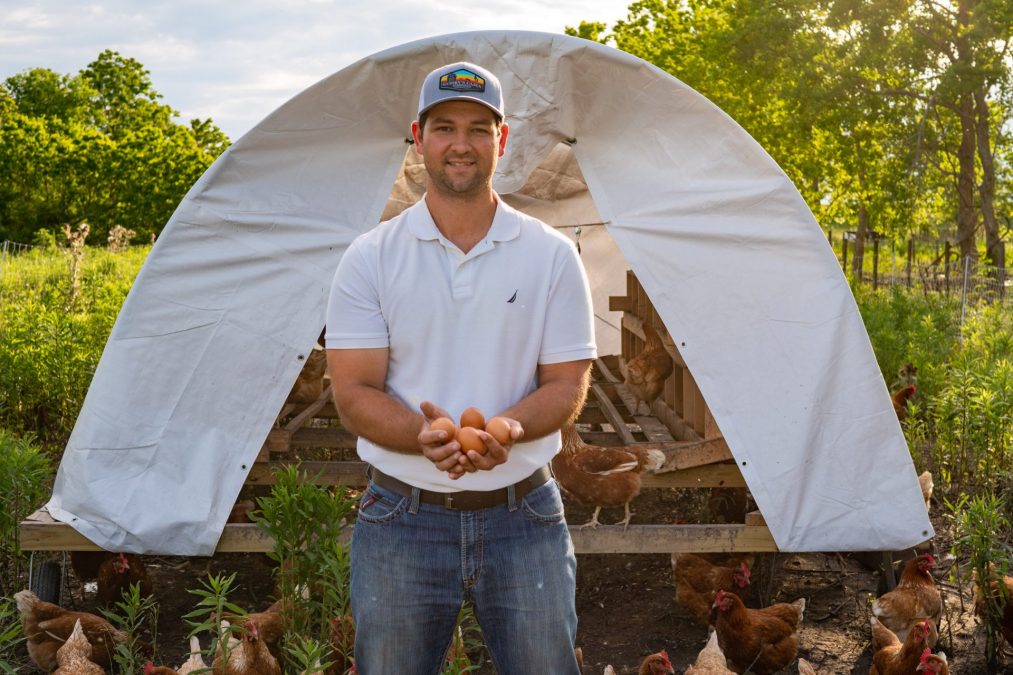 For Jady and Taylor Guidry, operators of Guidry’s Cajun Farmstead in Cut Off, the road to running a regenerative farm based out of their property has been a winding one, but one that has quickly resonated with the community.

For the Guidrys, the driving force behind their passion project is twofold: provide the cleanest, most organic products to consumers as possible while ensuring that animals on the farm are treated humanely.

“It makes you feel good inside knowing that you’re providing someone else with good clean food. I’m also trying to do that for my family as well, so I’m sure that there are other families that are looking for that,” Jady says. “And then the humane reason is, if you’re in farming, I believe you should have a love for animals.”

Guidry’s Cajun Farmstead is home to a variety of animals, from chickens and hens, to goats, to pigs. As of today, customers can purchase pasture-raised chicken, eggs and pork from the farm through its website.

In September, the Guidrys launched a kickstarter to raise over $27,000 to build the local area’s only state-inspected poultry processing facility. By October, their goal was met, and the facility was put into place to begin chicken processing and sales in April.

With the chicken processing facility located on its property, Guidry’s Cajun Farmstead is able to process all of its poultry on-site for consumer purchase. For pork, the farm is allowed to raise pigs and have them processed by a USDA-approved slaughterhouse.

Guidry’s Cajun Farmstead operates through regenerative farming, which utilizes land and animals in a cooperative way to mimic nature.

For example, Jady says that the farm’s chickens are moved constantly to offer a path toward creating as fertile land as possible, while simultaneously ensuring that the chickens are consuming fresh grass. Ultimately, the chickens benefit the land and, in turn, receive healthier grass for consumption.

The use of regenerative farming methods allows for chickens to freely roam on their newest patch of grass and to consume a natural, antibiotic-free diet of grass, seeds and bugs. Additionally, a mobile “chicken tractor” is moved with the chickens to each new patch of grass to offer them a shelter from predators, as opposed to serving as a cage for chickens to be crammed into.

“By moving them every single day, that is fertilizing our property because the chicken has manure on the property. We are then taking the chickens off of that manure…That’s allowing that previous day to regenerate, so it’s going to provide a healthier ecosystem for that area where they passed, and then also the chicken is getting fresh grass in return,” Jady says. “When we pass them again, that area where they were weeks or months before is now better than it was before.”

The Guidrys decided to venture into farming when Jady realized he wanted to find a beneficial use for the couple’s newly-purchased land. At first, he says he didn’t intend to form a business out of it. Products produced by the farm were either consumed by the Guidrys or given to friends and family.

After Jady learned about regenerative farming though, he decided to give it a try, recognizing that poultry production did not need to take place in a crammed chicken coop; it could occur in a way that gives back to the land and to the community.

“You’re giving back to the land. You’re caring for the land and, in return, the land is actually providing you with some quality product,” Jady says. “Our biggest thing is trying to have everything working in sync with each other as naturally as possible because when you take nature out of farming, that’s where you industrialize things, and it becomes a mess.”

What results from such natural farming methods is a product that is free from antibiotics, vaccines and harmful diseases.

The Guidrys hope that the farm’s operations will help the community to both learn more about the benefits of regenerative farming, as well as to gain a better awareness of where their food is coming from. By building trust with a local farmer, consumers can know their product is coming from a fresh, local and reliable source.

“I’m trying to make a connection with our customers, and I want our customers to make that connection with us,” Jady says. “People, especially nowadays, are starting to research where their food is coming from, so if we can eliminate things like vaccines and antibiotics, that’s what we want to do. By eliminating that, that’s giving good clean food.”

Running a farm in as natural of a manner as possible poses its challenges, though. South Louisiana’s unpredictable weather and heavy rain are the main obstacles Jady and Taylor face.

In response, Jady says he has to frequently monitor the weather, operating with an understanding that he will sometimes have to tend to the animals in the middle of a storm or in the middle of the night to ensure their needs are met.

Jady describes himself as having “two full time jobs” when it comes to running the day-to-day operations of Guidry’s Cajun Farmstead while balancing his day job.

His day starts at 5:00 a.m., beginning by feeding the animals and ensuring the farm’s chicks have food, water and the right temperature setting in their brooder, since they require the appropriate heat level to properly thrive.

After a full day at his primary job, Jady does a quick check of the animals to collect eggs and identify any predator issues that occurred during the day.

Jady says the Guidrys’ dream for their farm is to utilize as much of their property as they can, ultimately allowing for an increase in production, a shift toward a point where every element of the farm works in sync and the potential incorporation of hydroponic farming.

In the meantime, Jady says he is grateful for the impact that Guidry’s Cajun Farmstead has had on his and his family’s lives in the short time since it opened for business.

For a start, he takes joy in the connections he has made with customers and industry experts since diving into the farming world.

In addition, the father of one daughter welcomes the opportunity for his family to grow up with fresh, organic food, surrounded by such a unique, fruitful environment.

“There’s very few people I think nowadays that get to grow up in this type of environment,” Jady says. “To be able to give her that opportunity or any of my future kids, I think it’s absolutely amazing because you’re also passing onto the next generation how to farm and how to take care of the land.”

Jady says he likes to bring his daughter with him often to see what the farm entails – and to simply enjoy it for what it is.

“She picks up on a lot. While it wasn’t her first word, she says ‘chick’ a lot, so when she sees the chicks, immediately she gets all excited and she says ‘chick, chick!” Jady laughs.

To learn more about Guidry’s Cajun Farmstead and its products, visit guidryscajunfarmstead.com or stay updated with the farm on its Facebook page. POV 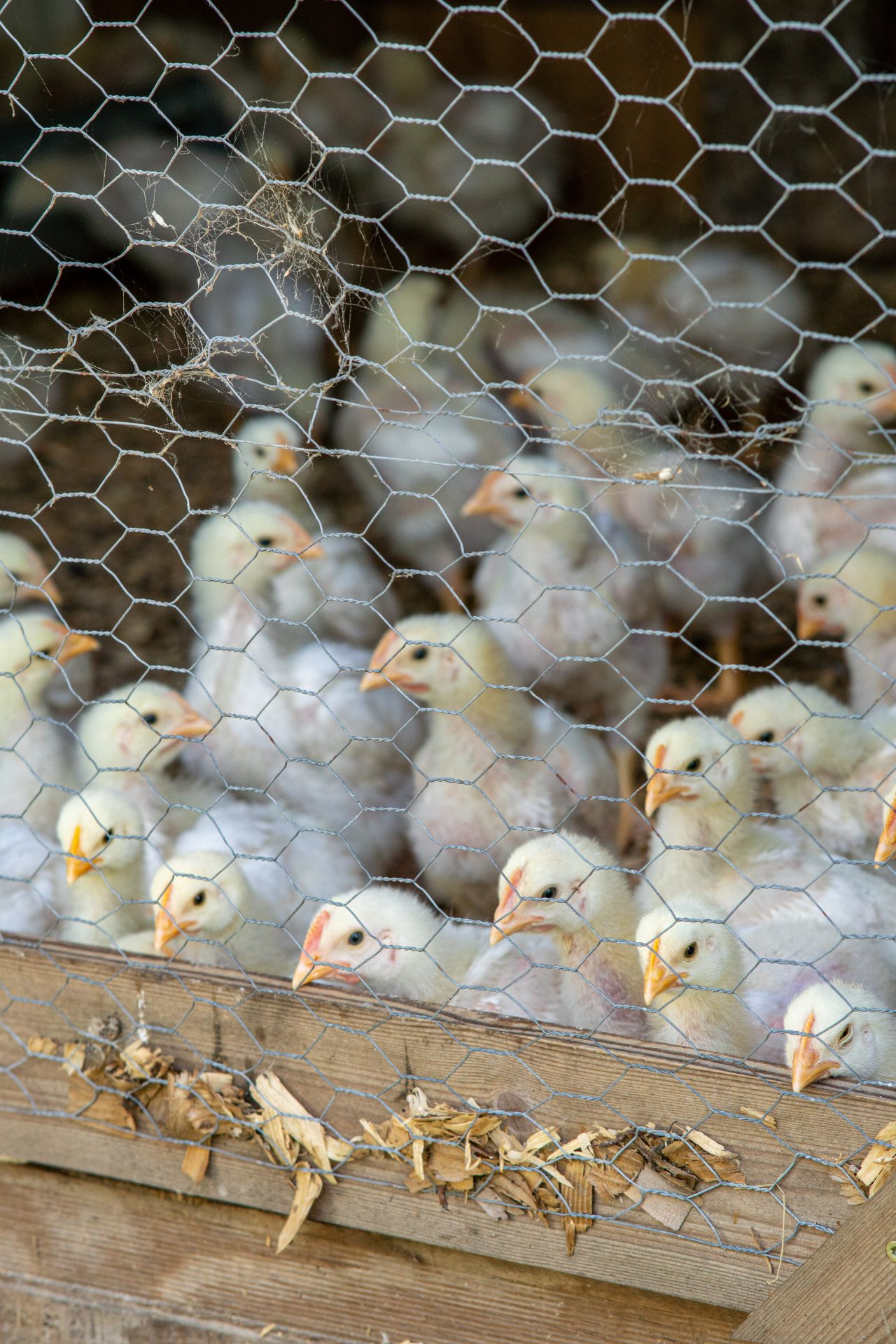 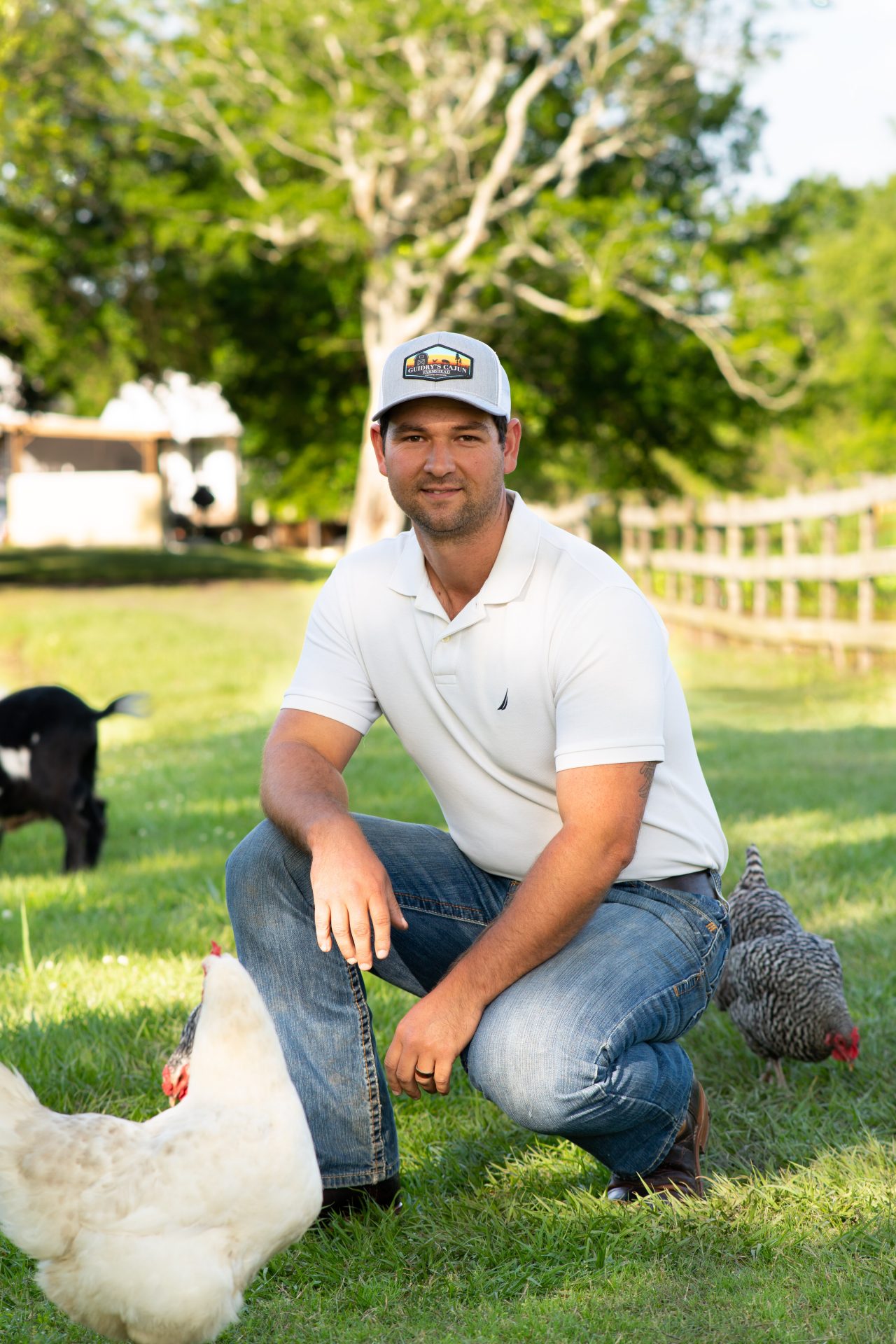 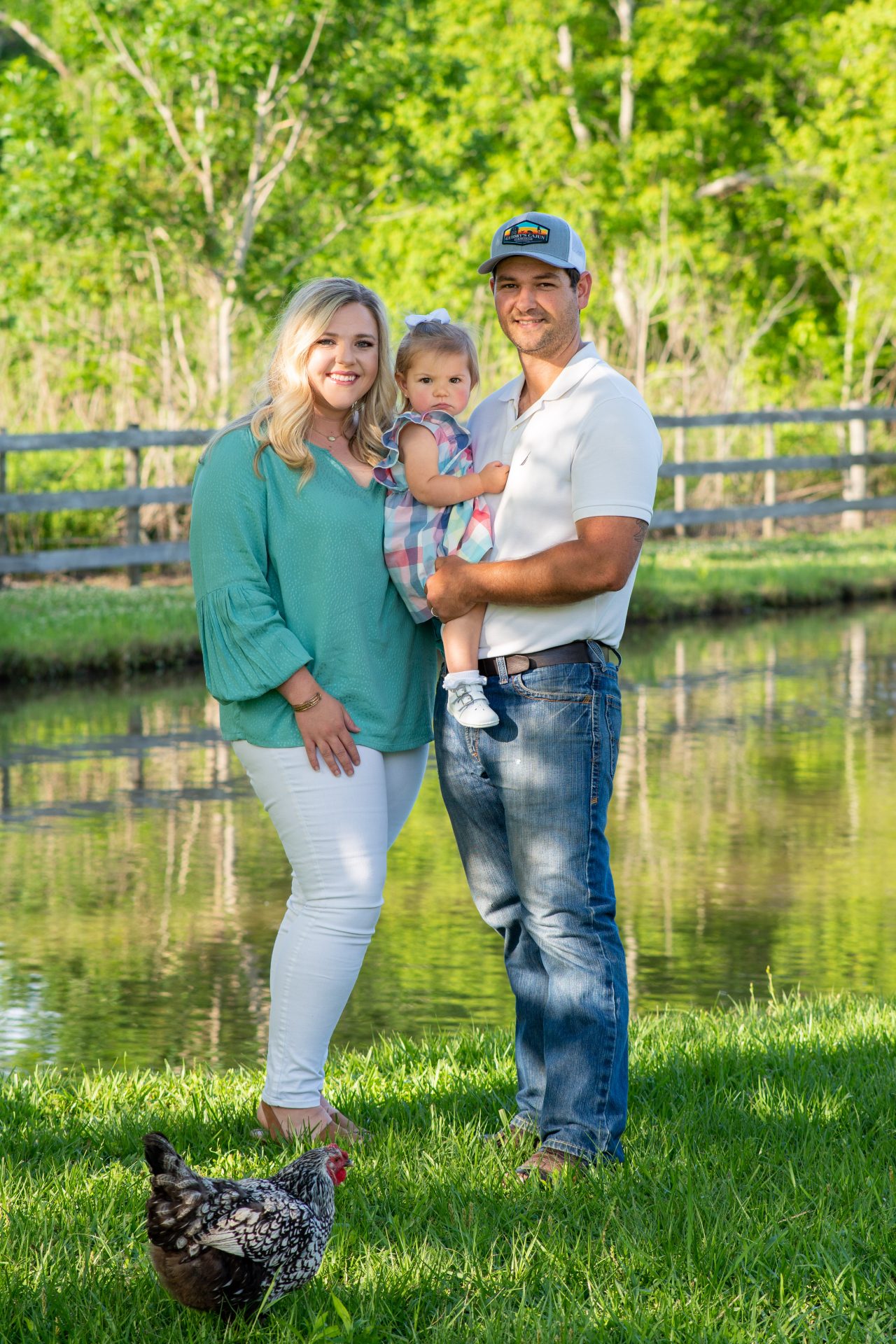 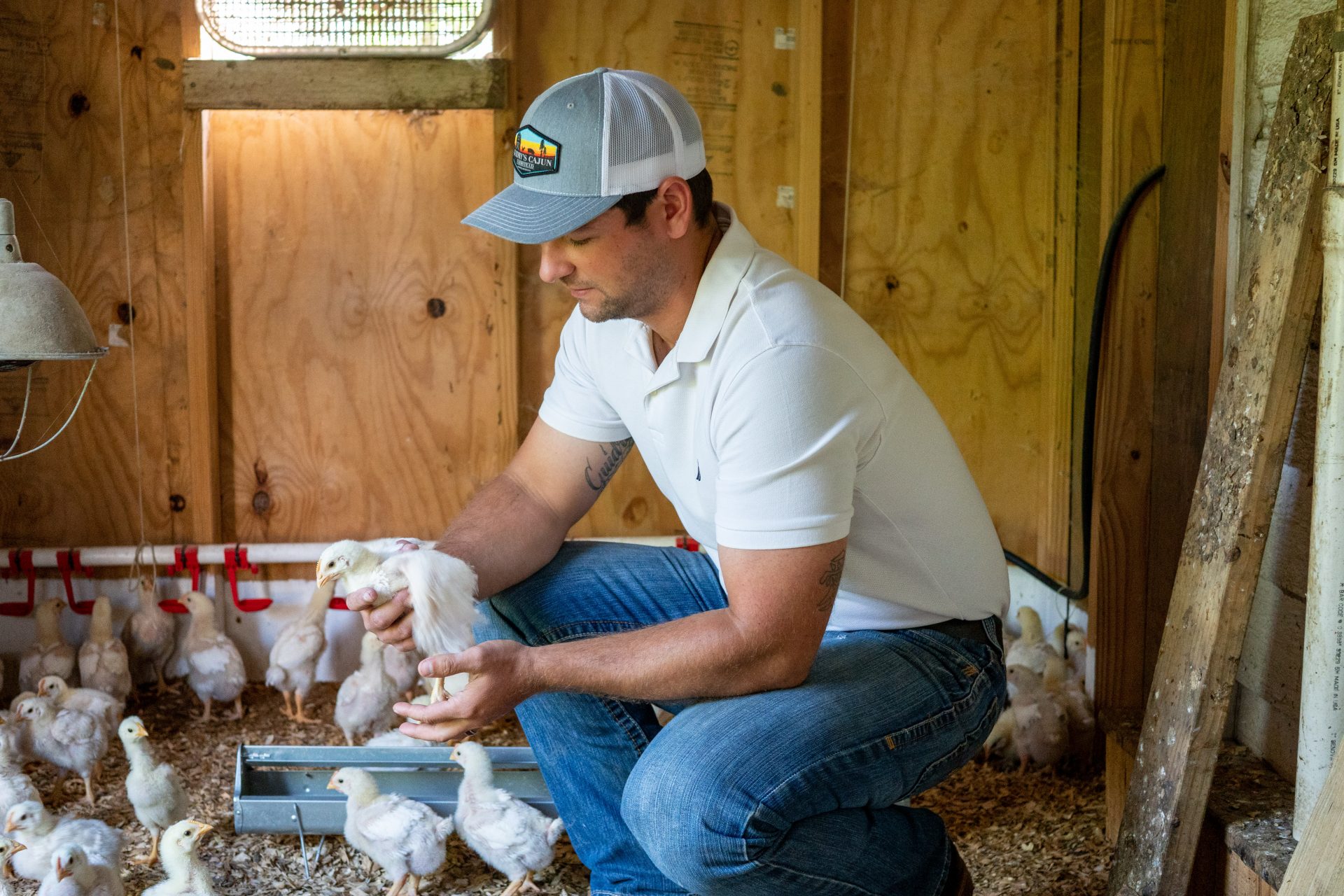 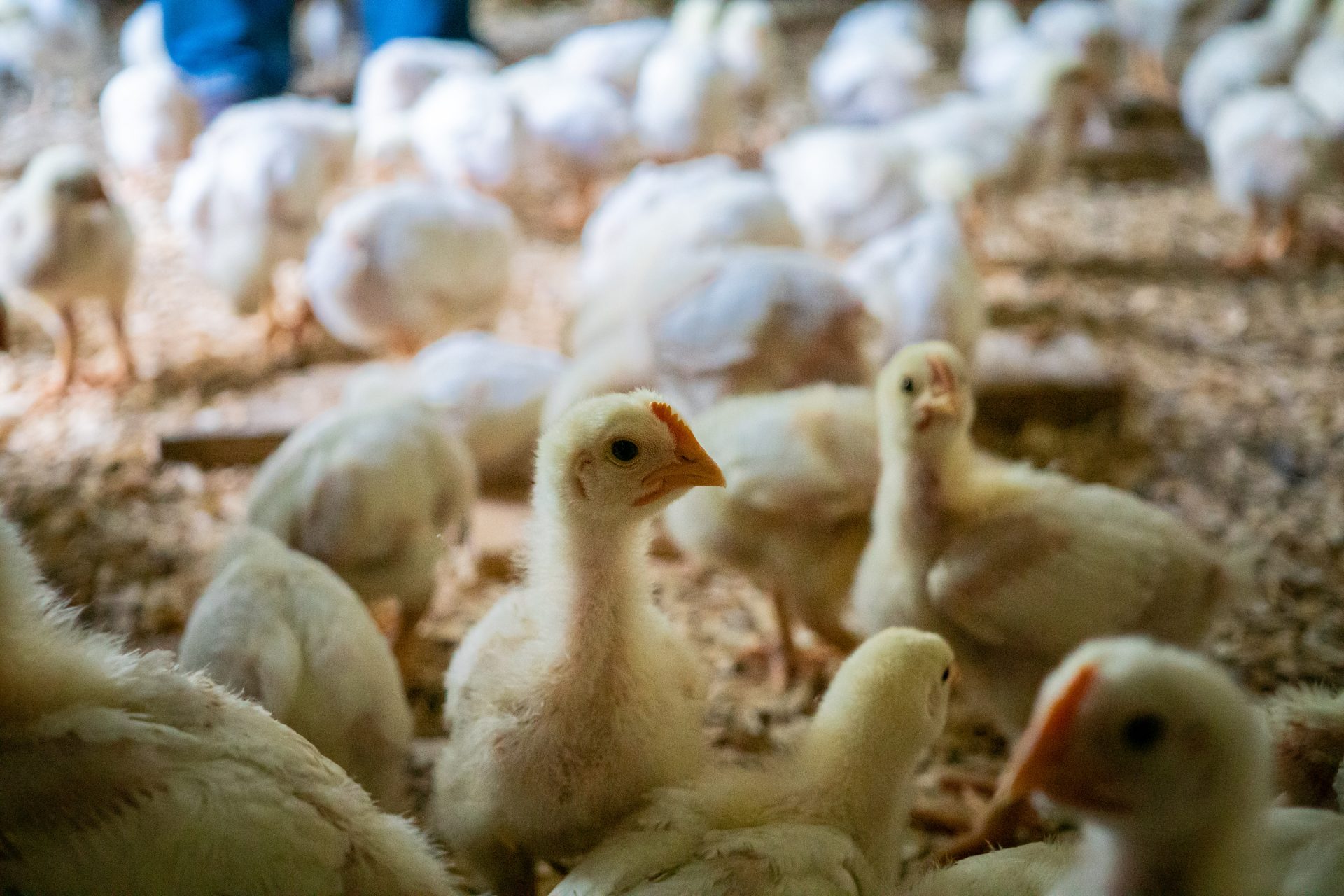 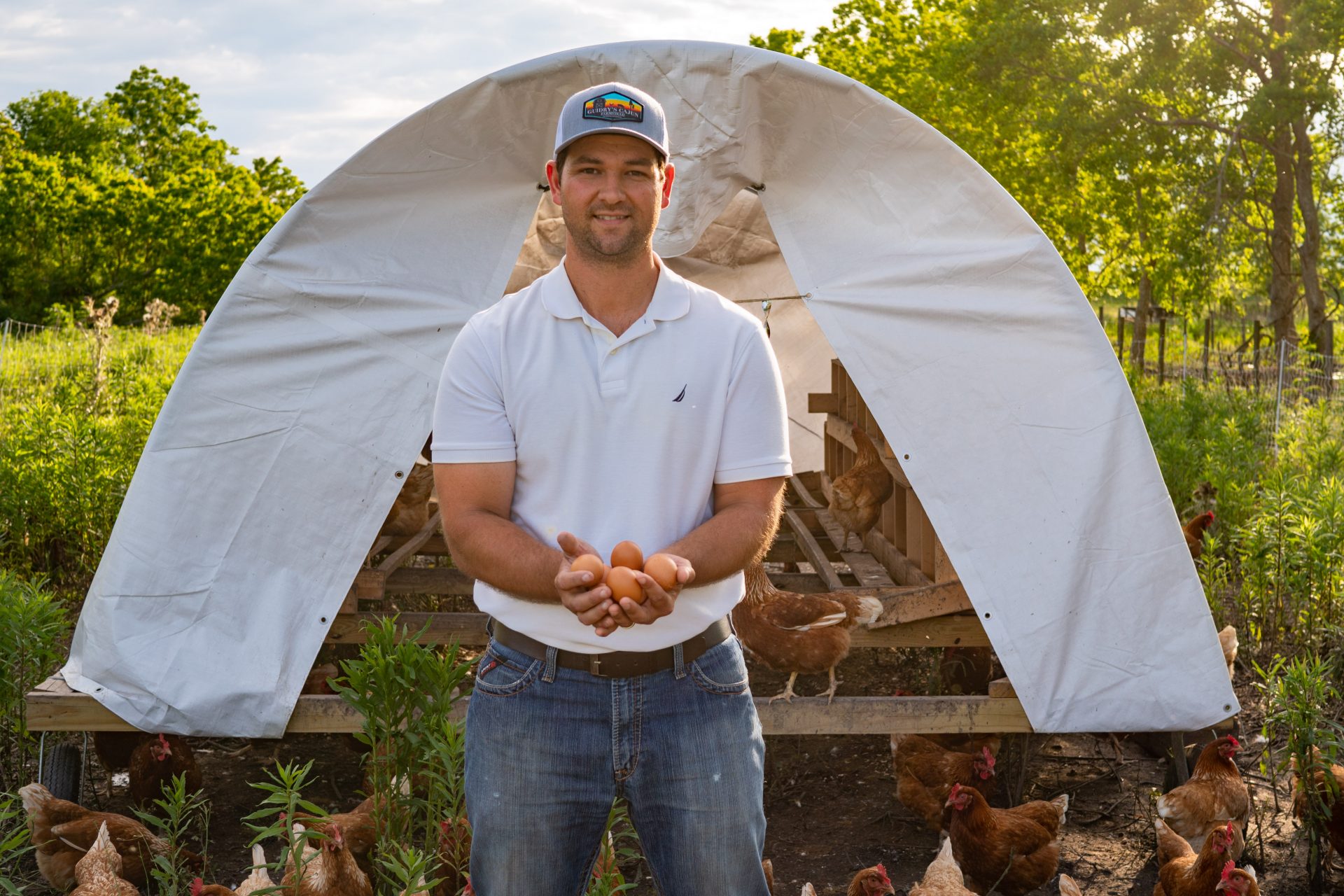