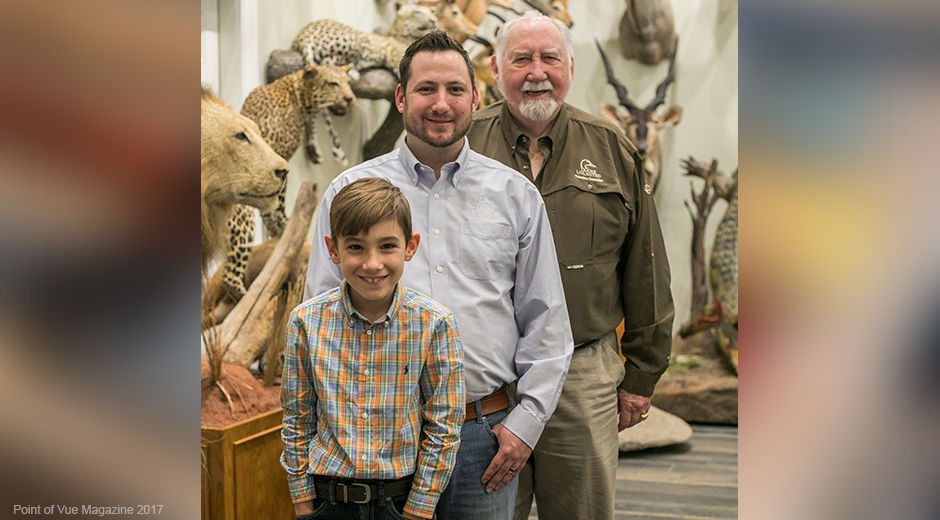 This February, with Valentine’s Day approaching, love is on people’s minds. With love comes passion, which is not just regulated to relationships. Somebody can have passion for his or her work, favorite sports team, or even a hobby. Many years ago, a grandfather shared something he was passionate about with his grandson—hunting.

Ron Bartels would take his grandson, Nick Lichenstein, hunting when Nick was a young boy. He taught him how to hunt squirrels and they gradually moved up to bigger game from there. He showed love for his grandson by letting him in on a passion that has been a part of his life since he was a little boy.

“When I lived in Iowa (at around 9-years-old), I would put my ice skates on to go down on the creek behind the house and ice skate down along the railroad tracks to hunt rabbits,” Ron says.

When Ron took Nick to early-morning duck hunts, he would tell him to stop and marvel at all the ducks he saw  around the decoys. Even though Nick was eager to pull the trigger, he understood what his grandpa wanted him to appreciate by just looking at the ducks—their abundance. Nick learned of the conservation efforts that went into making sure there were still ducks to hunt and his grandfather recruited him to join him in the organization that helps to made it possible—Ducks Unlimited (DU).

Starting in 1937, DU grew to become the world’s leader in wetland and waterfowl conservation. By raising just over $4.5 billion since its conception, the North American non-profit has conserved almost 14 million acres of wetlands.

“Duck hunting numbers have skyrocketed in the last ten years in Louisiana,” says Nick, “I am a firm believer that Ducks Unlimited is the reason that there are ducks to hunt in South Louisiana.”

Raised in Thibodaux, Nick became the chairman of the Thibodaux Ducks Unlimited chapter in 2012. He has been a strong volunteer of organization for 12 years now and is currently state Chairman Elect of the organization for Louisiana. In 2019 he will start as Chairman of Louisiana Ducks Unlimited.  He holds seats on numerous national committees as well, following in his grandfather’s footsteps, who himself is still a prominent volunteer of the organization.

Nick, who started attending DU events when he was about 5-years-old with Ron, learned as a child that if you don’t conserve something you love and give back to it, it’s going to go away.

“I learned at an early age that if I wanted to continue to hunt and share the passion of hunting with my children and their children, that I needed to give back to the resource I love,” Nick says.

He and other Thibodaux volunteers of DU, along with other local conservation organizations teamed up to not only instill those same values of conservation in children, but also to provide a fun day of activities at a new family-friendly event, The Jackie Bartels Kids Conservation Festival. Held at the Bayou Country Children’s Museum in Thibodaux, the event hosted around 320 children its first year in 2016, with that number growing to just over 1,000 children attending in 2017. At this event, named in honor of Nick’s grandmother who passed away, children can learn about conservation efforts and enjoy activities such as: wood ducks box building, casting contests, duck calling, archery, fish identification, watching how a duck dog works, etc. Nick and Ron are both looking forward to this year’s festival, which will be on April 7, 2018, again at the Bayou Country Children’s Museum.

Like his grandfather, Nick has passed on the passion of hunting and outdoors to younger generations not just through the festival, but also through his hunting trips with his own three children along with his wife, Courtney. He has many memorable experiences hunting, including one time when he and Ron hunted black bear with famous outdoorsman, Jim Shockey. Nick’s most precious hunting memory however is last Christmas when he was able to share a hunting blind with his wife and children.

“I feel at home in the woods, one with God and the outdoors,” says Nick “There’s something special about seeing those birds out on the horizon and looking over to see your best friends.”

Hunting is certainly the most favorite bonding experiences in Nick and Ron’s family. Ron, who is still frequently hunting and traveled to England and Africa this past year for game, has been teaching his 34 combined grandchildren and great grandchildren the appreciation of sport and conservation for many years. Nick, Courtney (who is an avid hunter herself), and their children thoroughly enjoy going hunting together. He hopes to take his oldest son, Paxton, hunting in Africa this summer. Created by Ron, carried on by Nick, and sure to be continued by Nick’s three children, the passion for hunting, the outdoors, and conservation enhances the most important thing for this family—love for one another. POV 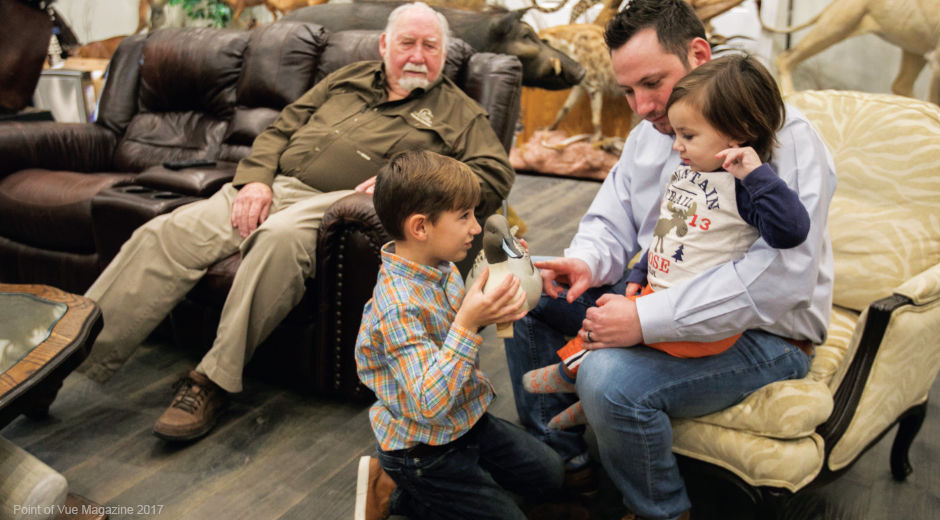 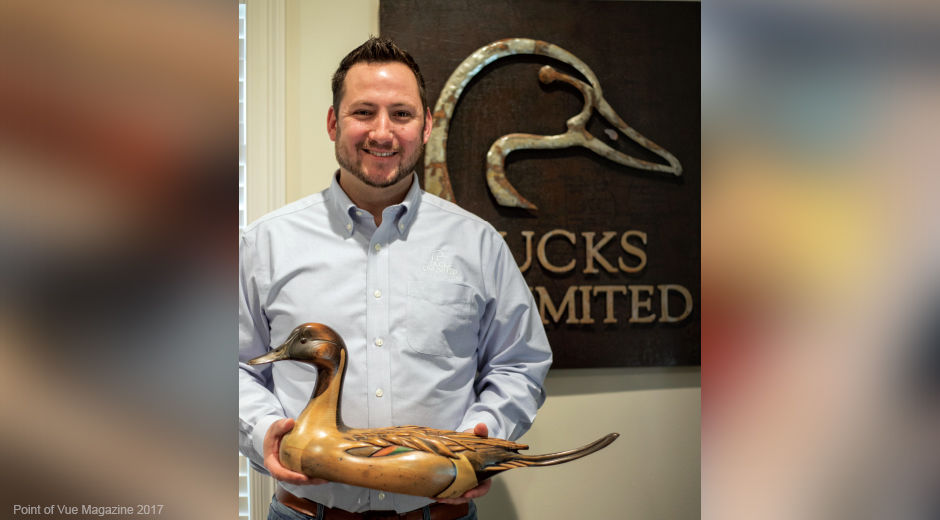 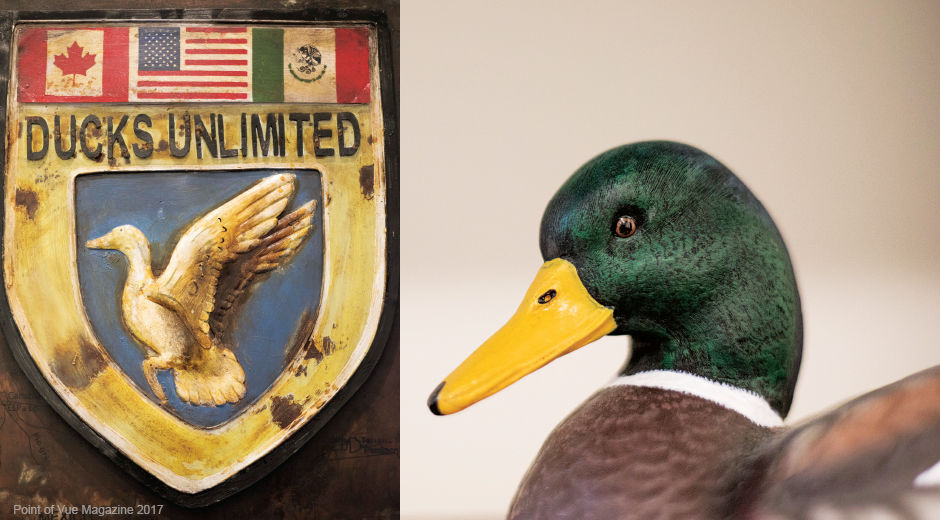