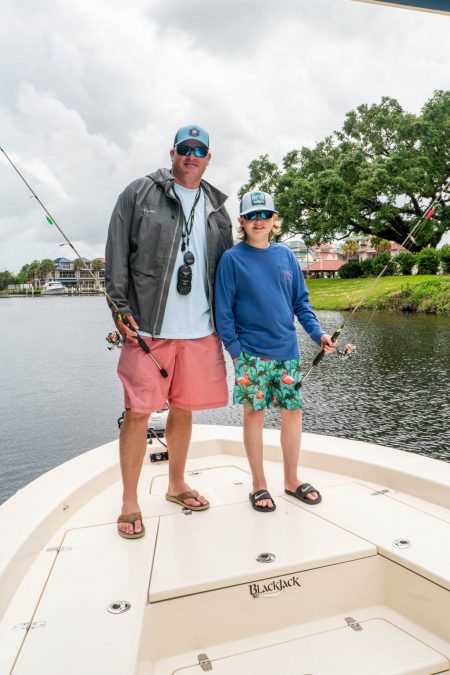 “I just remember being outside, enjoying the sun and the weather and just having fun while spending time with my family,” he shares. “And that’s kind of the same way I look at it today.”

As a child, the Prairieville native spent summers fishing with his grandfather, who lived along a river, and relished countless more days angling with his father and other grandfather. For Ben, Louisiana’s favorite pastime is something he always knew, and he understood he would pass on the family tradition when he got older.

Twelve years ago, after a fellowship at Ochsner in New Orleans, the anesthesiologist settled in Houma to practice at Terrebonne General, and not too long after, Cooper was born.

Cooper, like his father, took a liking to fishing at a very young age, with pictures of him at 18 months old with a rod in hand next to his dad.

Before the 11-year-old became the force on the water he is today, competing alongside Ben in fishing tournaments and steering a BlackJack 256 with ease, Cooper learned the ropes from his father.

Ben says safety is always the top priority when teaching his son. “I fished with him so much when he was little. Every time we’d go out in the marsh, I would quiz him: what bayou is this, what lake is this, whose camp is this,” he remembers.

“If I fall down and hit my head out there fishing, he can get me back, no questions asked — GPS or not,” he continues. “So, I needed him to understand how to handle the boat and be safe about it and know his way around. We started from a very young age teaching all of those things.”

Today, Cooper navigates the waters with confidence many other boaters wouldn’t have until much later in life. The two recall a time at a packed boat launch in Ascension Parish, where onlookers watched a man struggle to bring his boat in, and without meaning to, the young angler showed him up in front of the crowd.

“He was struggling for like 20 minutes,” Cooper remembers. “And I get up there and just nail it in one shot. And everyone’s just yelling.”

As Cooper grew older and became more familiar with the sport, from fishing in areas around the Bayou Region to the Florida Keys, he kept asking his father to join him in competitions. But, Ben was hesitant at first. 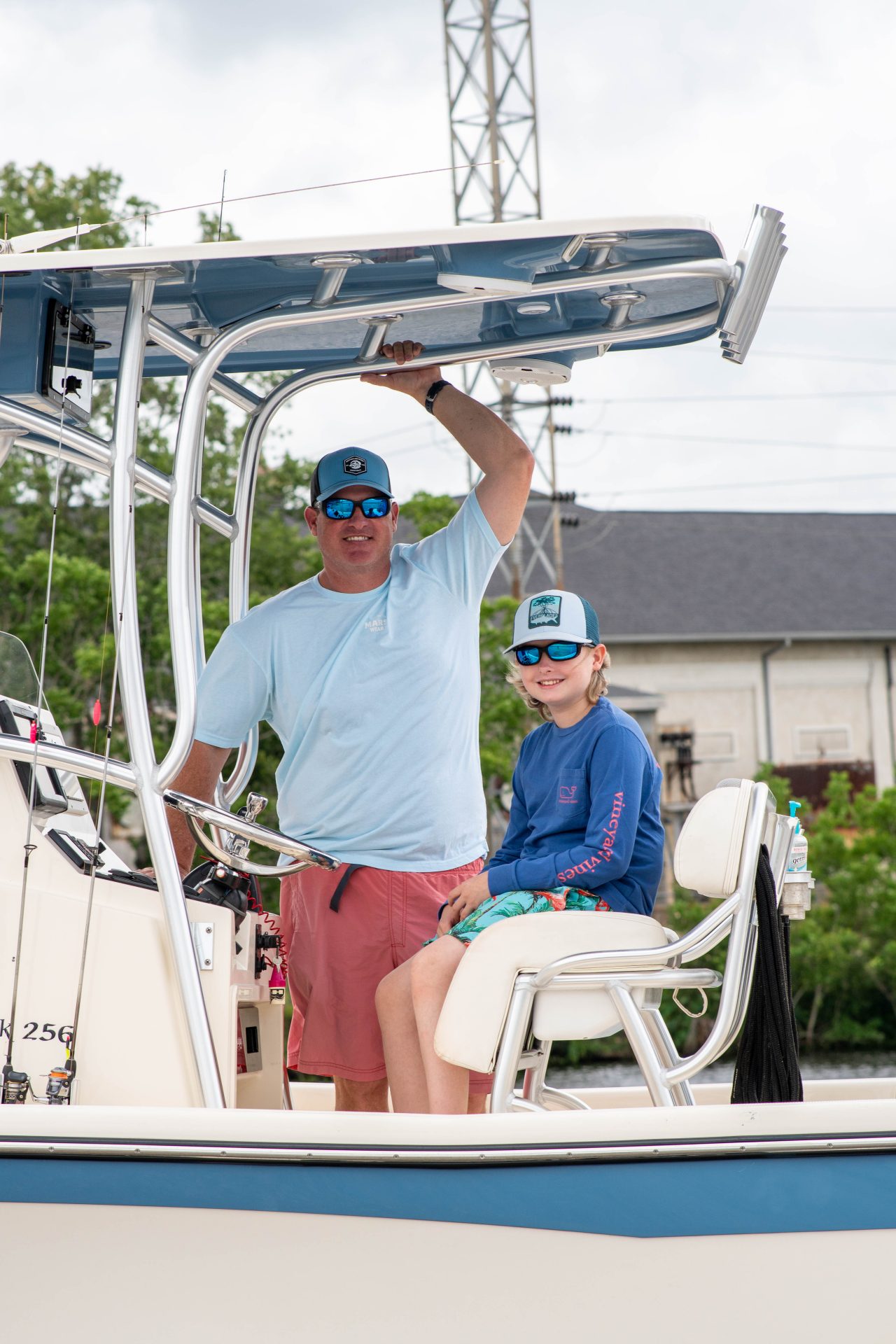 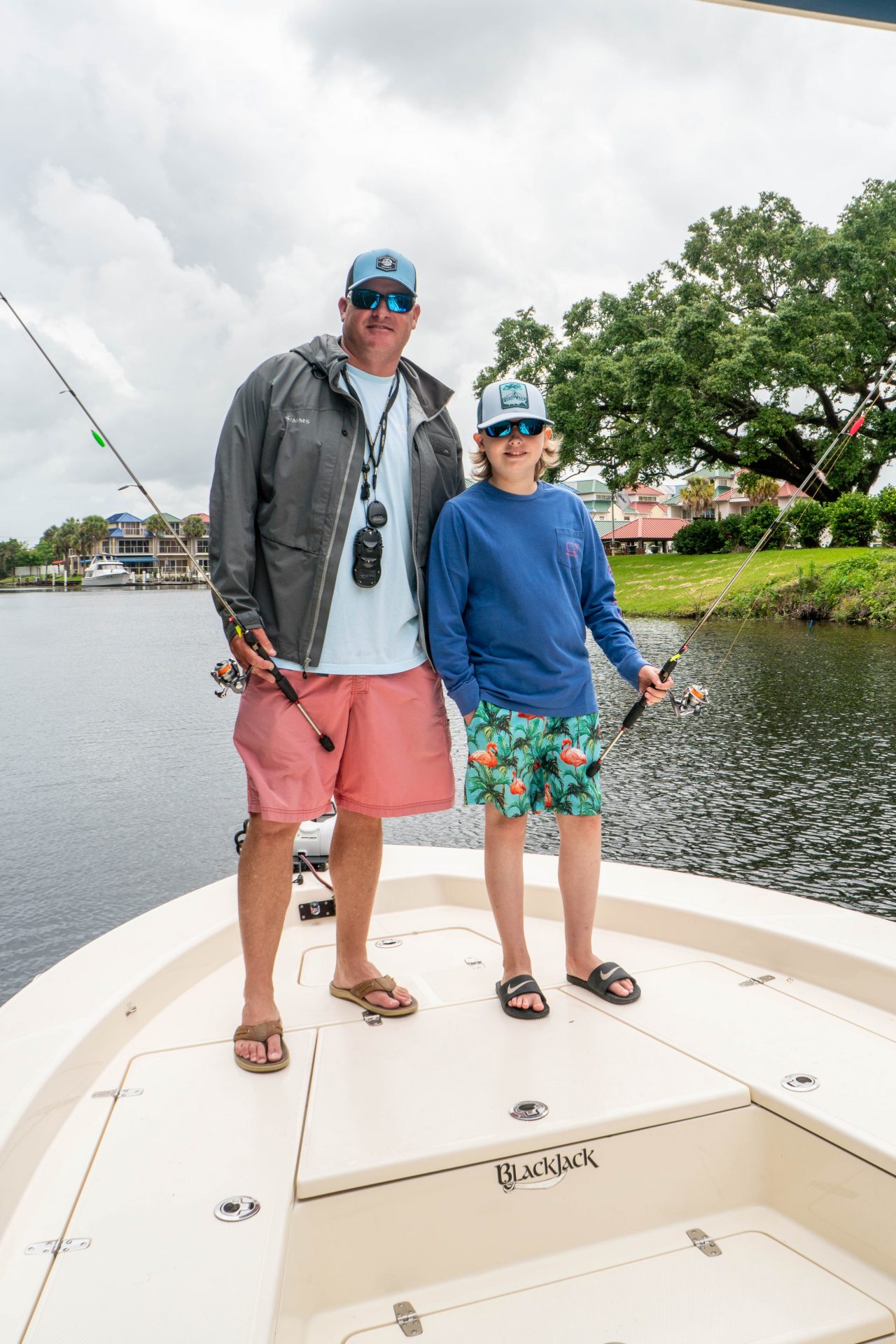 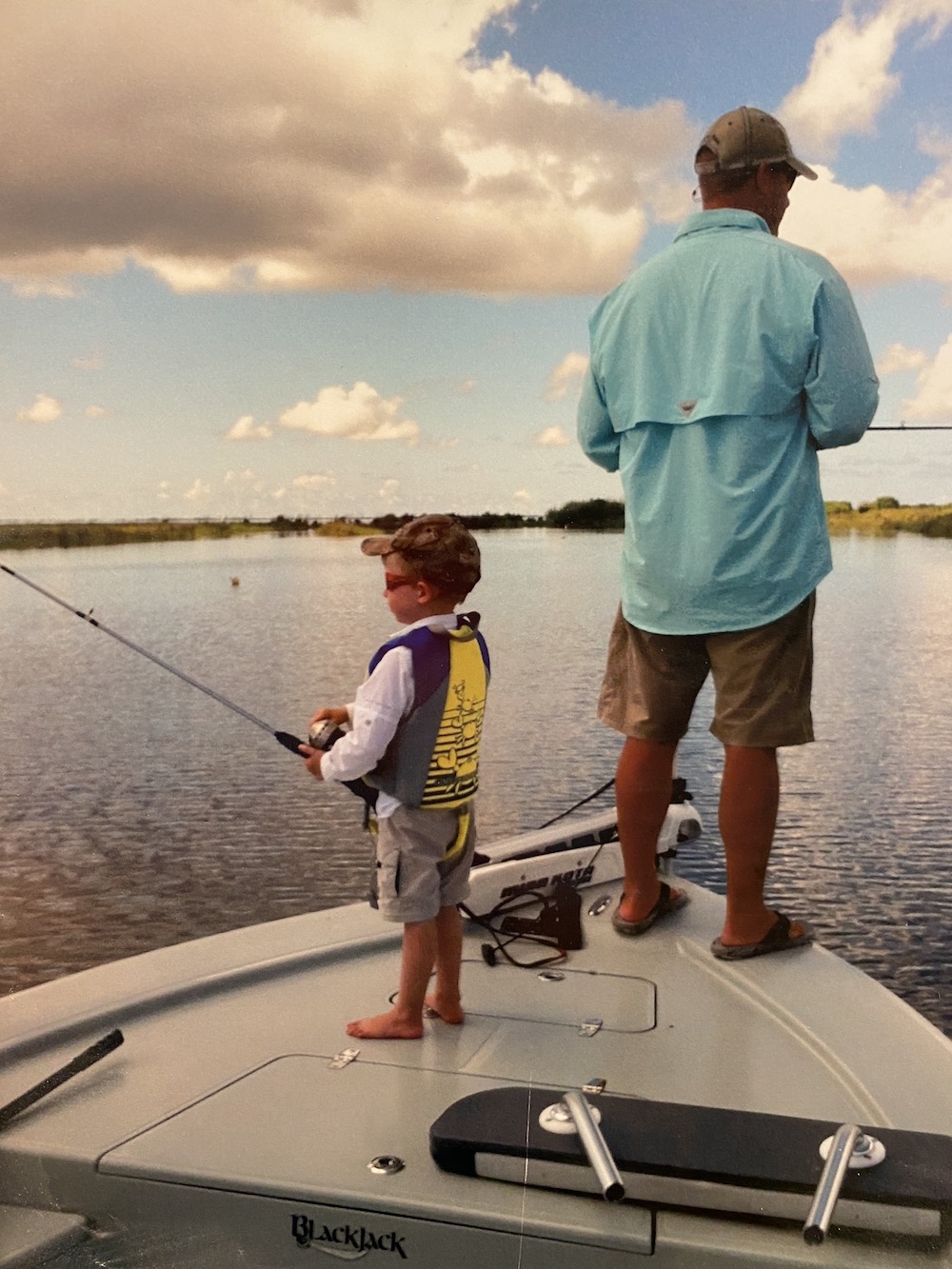 His father knew the long, grueling competition days would be exhausting on him.

“Tournament days are long…You get up 4-4:30 in the morning, put the boat in the water before daylight and then you’re fishing hard, nonstop all day. And sometimes it’s a two-day tournament, so you do it again on the following day,” Ben explains. “When he was a little smaller and younger, he would just be exhausted after lunchtime because you’re on the water for so long. But now he can stand up there and fish all day.”

Ben and Cooper have fished in about 20 Inshore Fishing Association (IFA) tournaments together since teaming up a few years ago.

“He can handle the boat and can handle his own gear. So, when I fish with him, it’s not like I’m fishing with a kid. It’s like fishing with another grown man because he’s been doing it since he was under two years old,” Ben shares.

Cooper enjoys the competitive nature of the circuit, being able “to talk smack,” and he’s built quite a reputation for himself among the Louisiana anglers.

“Most of the guys in tournaments know him now because they’ve seen him enough times. They shoot the breeze with him and talk trash to him a little bit. And he gives it back,” Ben smiles.

In the 2019 season, the father-son duo would routinely finish in the top 25 in tournaments with around 100 boats. That same season, they landed in just one spot “out of the money” twice.

For Cooper, who aims to earn a fishing scholarship in high school and says he would consider going pro one day, it’s not about the money — instead striving to hoist the trophy in a competition someday. Although, he admits he would like a new gaming PC if they do take home some earnings.

For Ben, it’s mainly about having a good time while bonding with his son, reeling in memories on the water he cherishes just as much as the ones with his father and grandfathers.

But in addition to his navigation and fishing skills, he passed on his competitiveness to his son, too.

“When the guys and ladies in the tournaments see him, they usually think, ‘Oh, he’s just coming out to have a fun day with his son fishing,’” he continues. “But the reality is we want to win.” POV