Bayou Lafourche back open to marine traffic at Larose floodgate 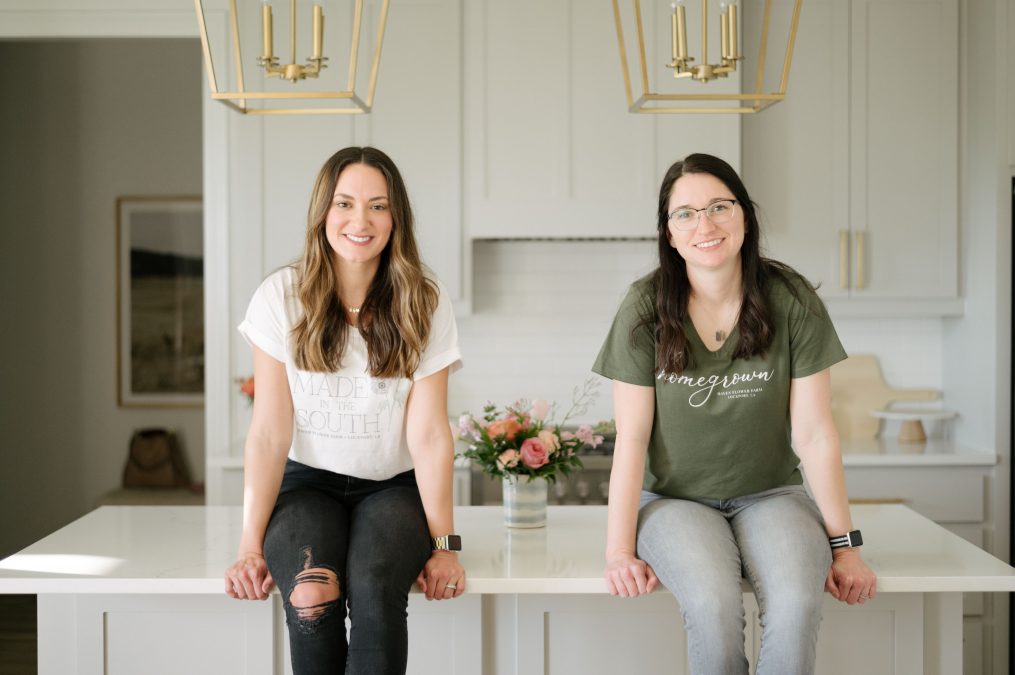 Instead of kicking off their shoes and unwinding on the couch when returning home from work, Lafourche natives Reesa and TerriLynn Gravois-Arabie grab their pruners, trowel or whatever other tools they may need to clock in their second job. Moonlighting as “farmer-florists,” the two tend to their garden, create wedding arrangements, figure out logistics and market on social media, among other activities that extend their day’s work. Reesa and TerriLynn, industry newcomers, push through setbacks, trials, errors and frustrations as they learn the twofold business’s ins and outs.

All the exertion that stems from just seven 4-by-65-foot rows of flowers in their backyard is well worth it to them, however. Because when that patch of land gleams during Lockport sunsets, it reflects the beauty, opportunity, community, dedication and passion sprouting from Haven Flower Farm.

It started with the “Black-Eyed Beauty,” anemones with white petals contrasted by a dark center. The flower caught Reesa’s eye, and she aimed to grow it at their South Lafourche home, one that sits on USDA Plant Hardiness Zone 9b. With a Google search, she stumbled on the website of the nation’s top flower farm, Floret Flowers, which gave Reesa plenty of information to launch her new side project. It also sparked her interest in flower farming.

“I realized that this is a growing industry in the United States, where people are actually farming their own flowers and using them in their own designs. It definitely brings a unique approach to floral design,” Reesa says. “Then I literally convinced my wife two days later to dig up a third of our backyard, and I’m like, ‘We’re going to be flower farmers.’”

Reesa always loved growing flowers. Her wife, however, admits she never really had a green thumb. “I could never really keep anything alive,” TerriLynn says. “My sisters would buy me [plants] and put them by the door. And I would pass them every single day and never notice them until they were dead.”

“When I met Reesa, she said her dream job would be to work in a nursery; she always really liked to work with flowers. I’m not as obsessed with it as she is. But I support her ideas, and here we are,” says TerriLynn, with a smile towards her life and business partner.

It took a great deal of work to get where they are now. After extensive research, they sent off soil samples to LSU to learn their dirt’s fertility level. The results were far from positive, so they ordered truckloads of fresh soil to mix with what they already had.

“We had to take it from the truck, put it all over the rows and had to till it in a few times. We just kept doing that until we were at some kind of a good consistency,” Reesa says. “So far, we did that three total times…And we’re going to keep doing that because it’s really making for a good plot.”

Haven Flower Farm’s groundwork started in May of last year, so they missed out on the spring season. Still determined to see the possibilities of their newly-plotted ground, they seeded and grew in the harsh south Louisiana heat, a cruel heat that caused them to lose two-thirds of their crops.

“Our first growing season was really tough,” Reesa says. “But we were able to salvage some of the plants that did survive, like sunflowers, zinnias and cosmos.”

The anemone might be Haven Flower Farm’s flagship, but the sunflower first garnered the most interest. By August, they managed to grow a variety of sunflowers, the most popular being maroon with a dark center.

“The sunflowers exploded. They were everywhere,” TerriLynn remembers. “Everybody wanted the dark sunflower because they usually just see the light ones.”

“We weren’t really ready to start selling anything because we were just trying to see what we can do; we didn’t really know when to sell stuff,” Reesa shares. “So when they started popping open, we just wrapped one of them up, and everybody was like, ‘Oh my god, I want one.’”

Haven Flower Farm announced bundles with the sought-after flower through social media, and within 24 hours, they sold out of everything.

The business continued to make strides, growing its crops and customer base, until the tail end of an active storm season. “We had a nice garden until October came,” TerriLynn says.

Hurricane Zeta hit south Louisiana as a powerful Category 2, impacting the southern regions of Lafourche, Terrebonne and Jefferson parishes the most. Included in the damage in its wake was a virtually destroyed garden of Haven Flower Farm. “We didn’t have a single flower or stem,” TerriLynn recalls.

Yet, the storm didn’t wipe away their passion. TerriLynn and Reesa got right back to work, amending their soil once again and gearing up for the spring season.

Haven Flower Farm prospers today, in part due to such eye-catching flowers as anemones, sunflowers, ranunculuses, dahlias, English garden roses and more. “In our floral designs, we strive to provide an aesthetic that speaks to our idea of beauty – romantic, wild, whimsical and garden-styled. Our arrangements look different from most, and that’s intentional,” Reesa says.

It also works because each person in the duo brings her unique strengths.

“I guess I would be the creative one, and she’s more like the engineer: she can think of how to do things best and is also really good with small details. We make an amazing team,” says Reesa. “In the beginning, there were a lot of frustrations when you’re having to do your first bridal bouquet…But then we kind of figured out our niche.”

In addition to arrangements for weddings and other occasions, the farm aims to sell flowers to Houma-Thibodaux area florists, giving them a local source that doesn’t come with the hassles of non-local wholesalers.

“We buy wholesale flowers to supplement in the off-season, where we don’t have big focal flowers yet, and the damaged flowers that come in are crazy. The quality of flowers is not always the best,” Reesa says. “I think growing different types of flowers that florists can’t get from normal wholesalers also brings a design edge that you see in bigger cities that we don’t have available here to us.”

The two plan on expanding their operation to include more property for flower beds and a greenhouse, dreaming of becoming “surrounded by flowers” — although they both say in jest that it’s more Reesa’s dream than TerriLynn’s.

“I learned that Reesa is relentless,” TerriLynn laughs. “When she gets focused on something, nothing is stopping her. When she sets her mind on it, she’s flying.”

Flower enthusiasts can visit thehavenflowerfarm.com to follow along with what’s in bloom. POV