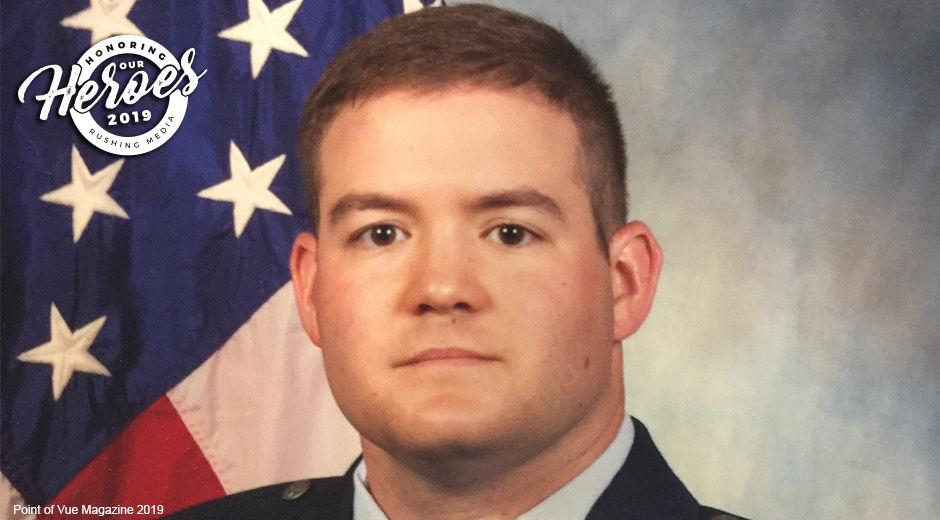 Lt. Daniel Duplantis has dedicated himself to a life of service, not just within the Armed Forces, but also as a priest within the Catholic Church.

Daniel is a 2012 graduate of Central Lafourche High School and a 2016 graduate of Saint Joseph Seminary College where he earned a Bachelor of Arts in Philosophy. After graduation, he commissioned as a Second Lieutenant in the Air Force Reserve. Recently ordained as a Deacon in May, he is scheduled to be ordained a priest in June next year.

Both military service and the priesthood have been on Daniel’s heart since he was a child. He knew as young as 3 or 4 that he wanted to enter into the priesthood.

“We had great priests in Bayou Blue [at St. Louis] when I was growing up,” shares Daniel. “It was their charisma where you could see they were very happy with what they were doing. That sense of fulfillment really struck me.”

Daniel started getting serious about his faith in high school attending youth rallies such as Steubenville. After high school, he spent his freshman year at McNeese State University studying music, but quickly decided that wasn’t for him. He made the decision to go to Seminary and hasn’t looked back.

The military was always a constant in Daniel’s life. An uncle was in the Army and the family often visited him at the different locations where he was stationed. In high school, Daniel did two years of Army Jr. ROTC and enjoyed that environment.

“Soldiers are going for months on end without Mass or confession, or any of the sacraments,” shares Daniel. “A goal for me is to deploy as often as needed. In the Air Force, active duty, we have only 52 priests. That’s out of the 120 that we need total. So we are operating at under 50 percent for Catholic priests alone.”

For Daniel, being in this position has been an amazing experience so far. “It’s so humbling, even as a deacon now, to come on orders and be at [Keesler Air Force Base] and be involved has been such a huge blessing already,” shares Daniel.