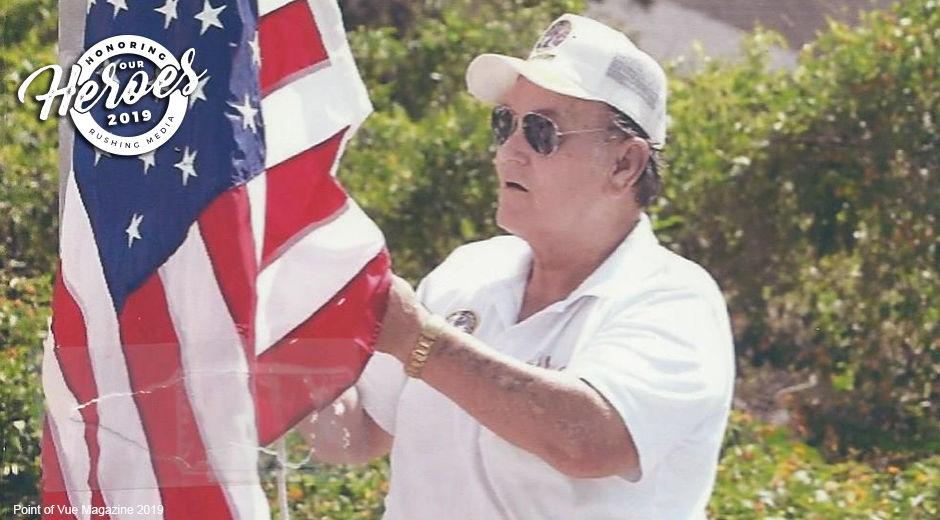 Roger Songe didn’t have a lot of choices when Uncle Sam called him for military service in 1968. But he had a lot of choices after surviving his tour of duty in Vietnam, and one of the paths he took was a lifetime of serving others who had served.

The Houma native passed away in December 2015, leaving behind a towering legacy of lending a helping hand to Bayou Region veterans.

“Roger Songe was a Vietnam veteran who understood the needs of veterans and dedicated his life to honoring and assisting veterans,” says former Terrebonne Parish President Michel Claudet. “He can be credited with two major accomplishments in Terrebonne-the Memorial Park on La. Highway 311 and the other is the Veterans Homeless Shelter.”

Songe distinguished himself in service to organizations like the Vietnam Veterans of America and the Disabled American Veterans. But it was his unique, personal assistance that made the difference for men and women he assisted.

Cindy Songe, his wife of 43 years, recalled how Roger would meet with other veterans for coffee in their home, a practice that began in the 1980s. It was only later that he would come to realize that his war experience left him with wounds of the mind. Post Traumatic Stress Disorder was not recognized by the military back then.

“He didn’t start talking about Vietnam for a while, for a long time,” she recalls. “He formed a group of guys who got together and talked at our home, they would sit up all night and talk. It was healing, it was consoling to him and to them.”

Songe returned to Houma after this military service and began working as a medic for the Terrebonne Ambulance Service. He later went to work for the Terrebonne Parish Sheriff’s Office, under former sheriff Charlton Rozands. After health issues took their toll on him, Songe’s public sector employment came to an end, but not his dedication to public service.

He trained to become a service officer for veterans, aiding them with the paperwork. Eventually, when he opened the shelter, Songe found a home for his work and continued to help all that passed through the shelter’s doors.

One of Songe’s final projects was to secure funding to help the memorial park in Houma. In 1995, a wall was erected in the Memorial Park off of Hwy. 311 in Houma in honor of our country’s veterans. Soon after, the wall and the plot of land fell into disrepair. No one was maintaining the park on a consistent basis. Songe saw the potential for the park to be great, to truly be an area of remembrance and tribute to those who have served our country. In honor of his service to the Bayou Region veterans, the park has been renamed the Roger D. Songe Veteran’s Memorial Park. POV