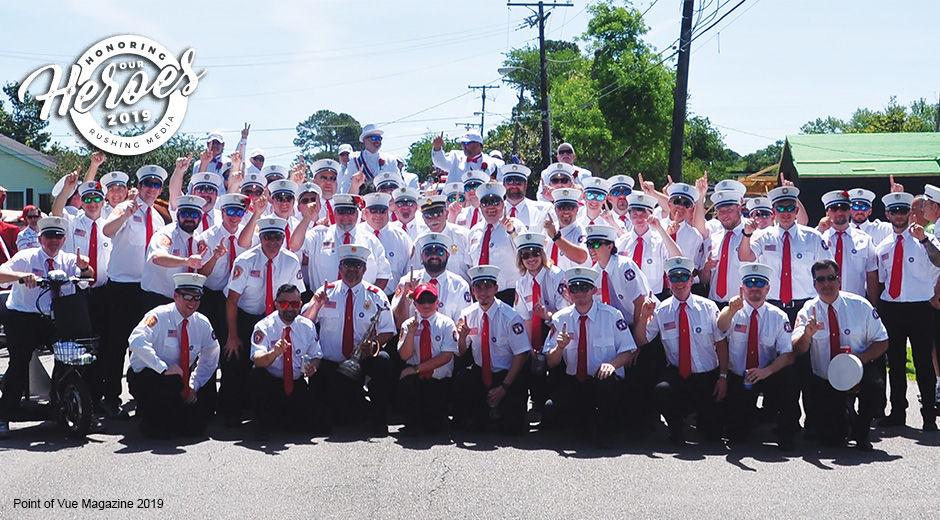 The members of the Thibodaux Volunteer Fire Department (TVFD) aren’t just beloved for throwing one of the biggest entertaining events in south Louisiana with its annual Thibodaux Firemen’s Fair. Since its inception in 1874, the dedicated men and women of the TVFD have been there to help the people of Thibodaux not just by saving lives and property from fire emergencies but also by just being there for their community — helping in any way they could.

“You hear so much negative stuff on the national scene, and they break the mold. They totally break the mold,” says Dr. Justin M. Tenney, 2019 Grand Marshal for the Thibodaux Firemen’s Fair and Parade, and avid supporter of TVFD. “Those 475-plus men and women just do it because they have goodness in their souls, and they want to let people know it. They show it, and their actions speak louder than words ever do.”

All of the good deeds they accomplish every day is at no costs to the approximate 15,000 residents of Thibodaux. These dedicated firefighters receive no salaries, pensions or benefits.

In addition to the hard work they do (Together they accumulated over 10,600 hours of training, meetings and fire prevention in 2018.), many in the department hold full-time jobs to support them and their families. Often, those individuals find themselves returning to their job the same day they went deal with a fire call.

“They are kind. They are community leaders. If you look at the civic organizations that they’re associated with, it’s off the charts. Their service to the community does not stop with the fire department,” says Justin. “They are in politics. They are in small businesses. They are in every service industry that you need every day. Then, they are volunteering on the top of that.”

With eight stations, around 324 active members, extreme vigilance and intensive training, the TVFD — which is one of the largest, if not the largest volunteer fire department in the country — is always ready to quickly respond and react to emergency situations in the Thibodaux area.

“They are brave; they are courageous,” Justin expresses. “They make you want to do better things in your own life. And I think that’s what the true definition of a hero is. If that’s not a hero, then I don’t know what is.” POV