In Service to Country and Campus

Home of the Brave 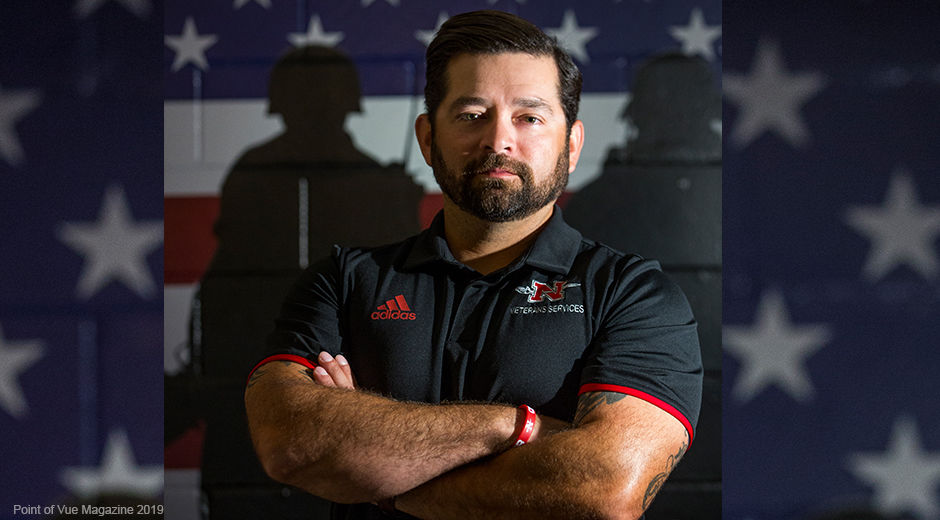 Talk a walk with me for a moment… You are 18 years old and have decided to dedicate yourself to a life of service to your country by joining the Armed Forces. You enlist and head off to basic training just two weeks after high school graduation. You become an adult overnight, as you learn how to engage with your fellow brothers and sisters in arms. You are told when to sleep, when to eat, and what to do as you move through exercises as a team.

As time goes on, you are deployed here and there, in our country and abroad. You serve your country as you have been trained to do, with like-minded individuals who also love their country. You are a soldier first; everything else comes second.

After years of dedication and commitment, you decide for whatever reason to hang up your boots and return to civilian life. People quit jobs all the time for new careers and opportunities. It’s your turn to find life outside of the military, a new career path.

But where do you go? Who do you turn to for help? After so many years of being told what to do and when to do it, how does a veteran strike out on his own?

Fortunately for the veterans that choose to continue their education in the Bayou Region, Veterans Services is standing at the ready to help you at Nicholls State University.

“Nicholls recognizes that veterans routinely encounter extraordinary obstacles in their college careers,” the department shares. “A 19-year-old freshman can be called up in the middle of a semester and be forced to drop their entire schedule of classes. Returning from oversees deployment, you must re-enter the academic world with a workload that appears insurmountable. You don’t feel like a ‘traditional’ student, and you aren’t – you have chosen to serve your country.”

LEADERSHIP AT THE HELM

Heading up Veterans Services is former Marine and Army National Guard officer Gilberto Burbante Jr. Being a veteran himself allows Gilberto a unique perspective when with his students. As a combat veteran, he’s been in their shoes, from service to country, to full-time student and beyond, back into the life of a civilian.

Gilberto knew from a very young age that he wanted to be in the Marine Corps. As a child, he attended a welcome home party for a cousin of his that was in the Marines. A young Gilberto watched as a sharp looking young man pulled up at the party in his honor, clean cut, proudly wearing his uniform. This hero’s welcome stuck with Gilberto as he grew older and learned they were celebrating the cousin’s return from boot camp. The image stuck with him over the years, leading to his interest in military service.

In 2002, Gilberto joined the Marines in the wake of 9/11. He was first deployed in 2003 to Baghdad. During his four years of service, Gilberto ultimately was deployed three times. When the time came to reenlist, Gilberto decided not to.

Taking his savings, Gilberto and his wife Brandy decided to move to Thibodaux where he could attend Nicholls. At Nicholls, Gilberto joined a fraternity, became active in the community, and earned a degree in Government in 2011.

But being away from the military was hard on him. Gilberto missed being of service. So he decided to join the Army, commissioning as an officer. From there, Gilberto also served in the Louisiana Army National Guard. His time in the Guard saw him activated for hurricanes, the Morganza spillway flooding and multiple training opportunities overseas.

After a total of 13 years in the service to his country, Gilberto decided it was time to hang up his hat permanently. He resigned his commission and returned to civilian life, where he and his wife welcomed the birth of their son, Gunner.

Finding his calling as the Coordinator of Veterans Services at Nicholls, Gilberto has been placed in the right position at the right time in these veterans’ lives.

“I held random jobs [in the area] but finally I found my place here at Nicholls,” shares Gilberto. “Whenever I get a new veteran that comes in these doors, I see myself. I remember coming to Nicholls when I was an undergraduate and just trying to navigate the system. I had a good support system, but unfortunately a lot of other guys may not.”

Often times, it’s Gilberto’s background that helps the veterans the most. Having been there, he can help to recognize in others when they are reaching for help. “You can be the toughest guy in the world, but I’ll tell you what, it doesn’t matter. I went through three combat deployments back to back… We did some crazy stuff and went through some bad shit. I thought I was the toughest guy there is out there. Every guy that I served with, we thought we were the toughest dudes in the world. We come back home and slowly but surely– I brought it up with some of my buddies that I served with–we all have the same issues, whether it’s a little bit of anxiety or depression.”

Having a soldier like Gilberto at the helm of Veterans Services is a gift to all he encounters. He admits he himself didn’t believe in PTSD (post traumatic stress disorder) at one point. But through talking with his fellow soldiers, he realized that it is common… and it’s ok to talk about it and seek help.

“I think fear is our biggest downfall. Because danger, we can handle danger,” explains Gilberto. “We can eliminate a threat, no problem; that’s what we are trained to do. But the fear is inside you and you really can’t control that. Fear will come out of nowhere and that turns into depression. I try to help control the fear that is the academic environment. We can work with that, and I can help with that.”

“I run Veteran Services like a Unit,” explains Gilberto. “We have a chain of command and that’s intentional. I did it that way for a reason. I started tasking them to go do things out in the community or out with another organization to slowly integrate them, moving away from our unit to another unit, the civilian sector. I do that intentionally because nobody did that for me. Transitioning was not easy for me, but I had a good support system. I have buddies that I served with that live locally and unfortunately they didn’t have the support that I had–they ended up in bad spots.”

The Spring 2019 semester welcomed 287 veteran students that were a part of Veterans Services. Veterans Services has come a long way since its inception in 2012. They currently are housed in Shaver Gym, in a space called the Veterans Lounge. The lounge provides the students with a dedicated space to visit between classes or work on school assignments. With comfortable seating, wireless Internet access, a refrigerator and microwave, the lounge feels like a welcoming living room in someone’s home. It is a safe space where the veterans can feel at home around one another. With so many students having faced combat experience, it is important to provide a space where they can be around others who have experienced the same.

Veteran Services also has small meeting rooms, a space for the chaplain, and office space for Gilberto to be accessible at all times.

Members of the military and veterans can expect priority service when enrolling at Nicholls State University. There are exempted admissions criteria for veterans who are eligible for GI Bill benefits and who have received a discharge for any reason other than dishonorable. Veterans are allowed priority registration as well. Veterans are encouraged to utilize resources and services available at Nicholls, such as health services, disability services, faculty advisors, and counseling to name a few. Their greatest resource is of course the Coordinator, who will help veterans navigate the system.

Nicholls State University has the distinction of being named by G.I. Jobs Magazine as a Military Friendly School for five years in a row, an honor bestowed upon about 20 percent of schools in the nation.

“I have an email list that I use to keep everyone updated about what’s going on in the community and where they can join us to just get out and socialize,” shares Gilberto. “The events are awesome because that’s when they’re like, ‘Oh man, you were in the Marine Corps? Oh yeah, what unit?’ And then come to find out they might’ve served in the same unit or something. That’s when they really start bonding.”

“I love this job,” smiles Gilberto proudly. “I read somewhere if you can find something you love then it’s not a job, it’s your purpose. And this is my purpose. I don’t see myself doing anything other than helping veterans out.” 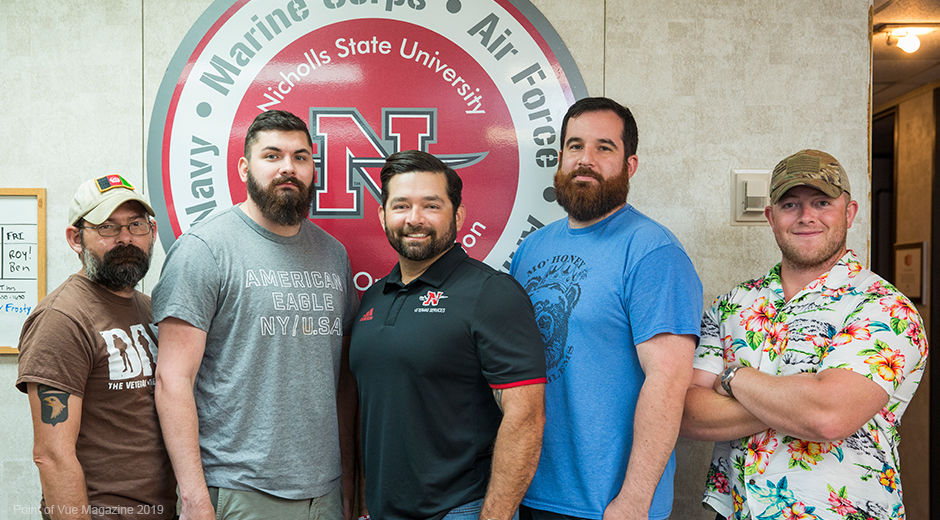 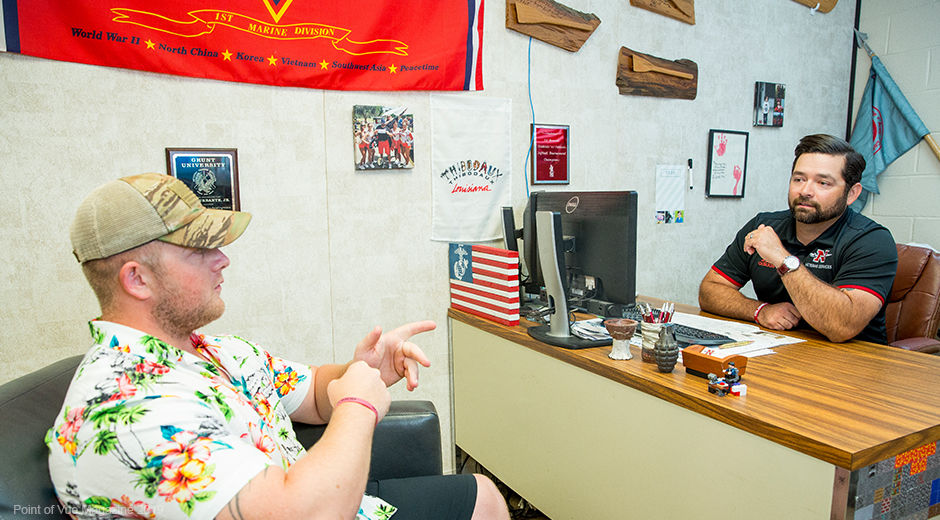 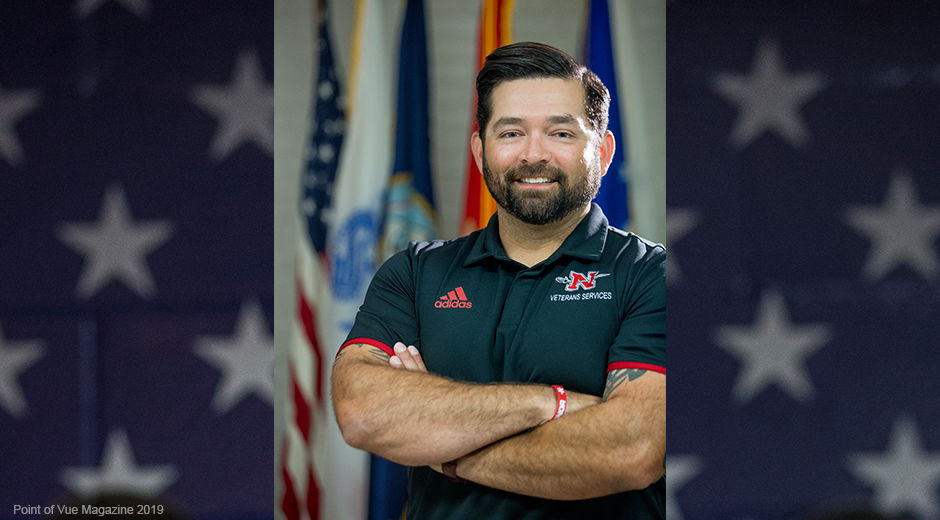 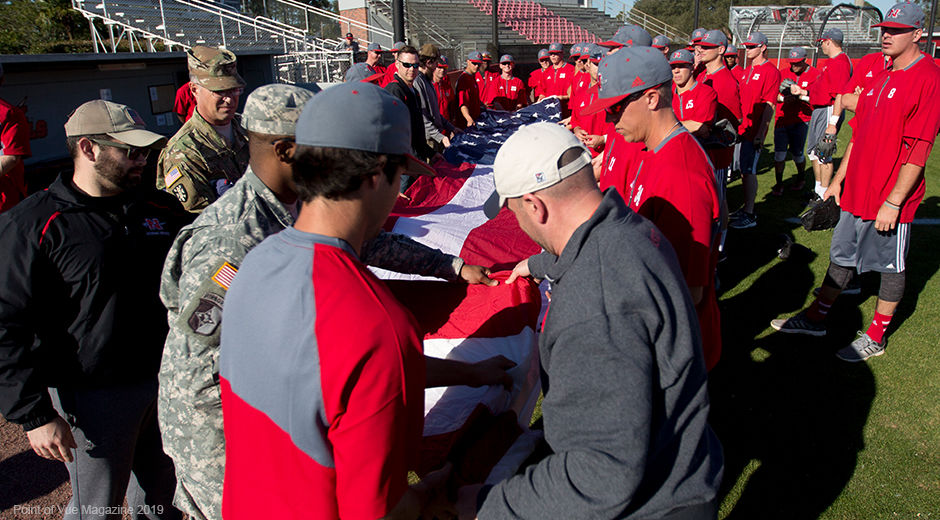 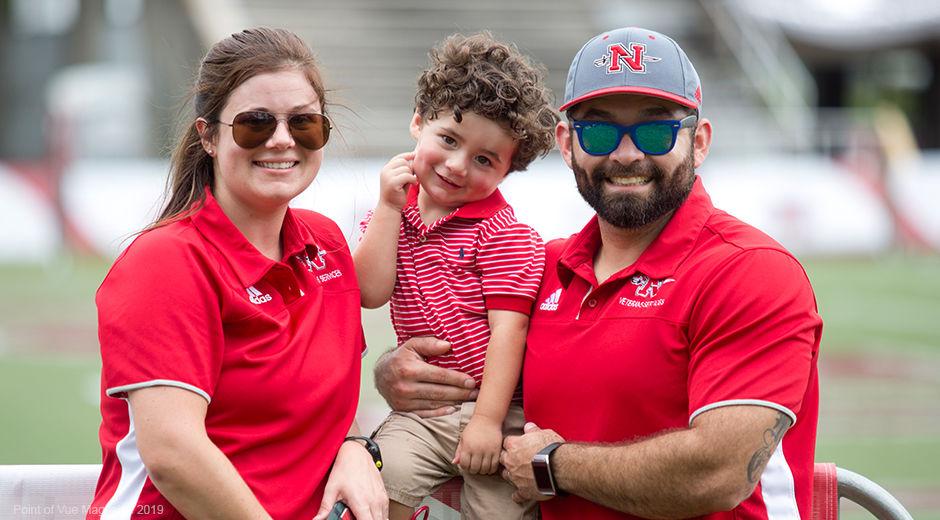 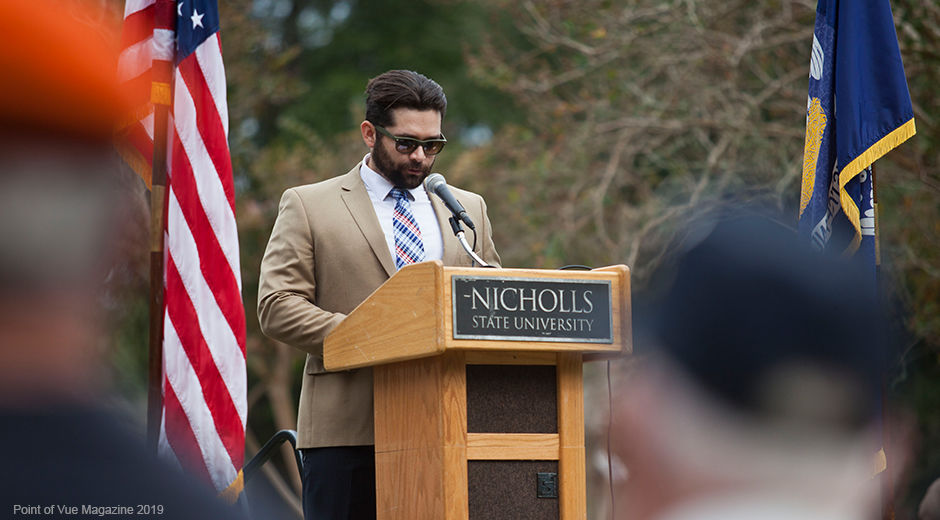 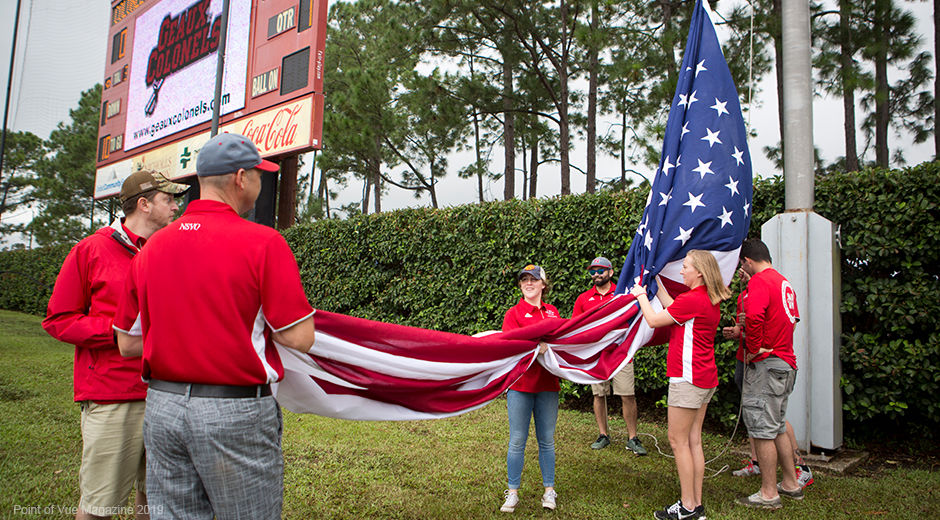