Is There a Hobby in the House? 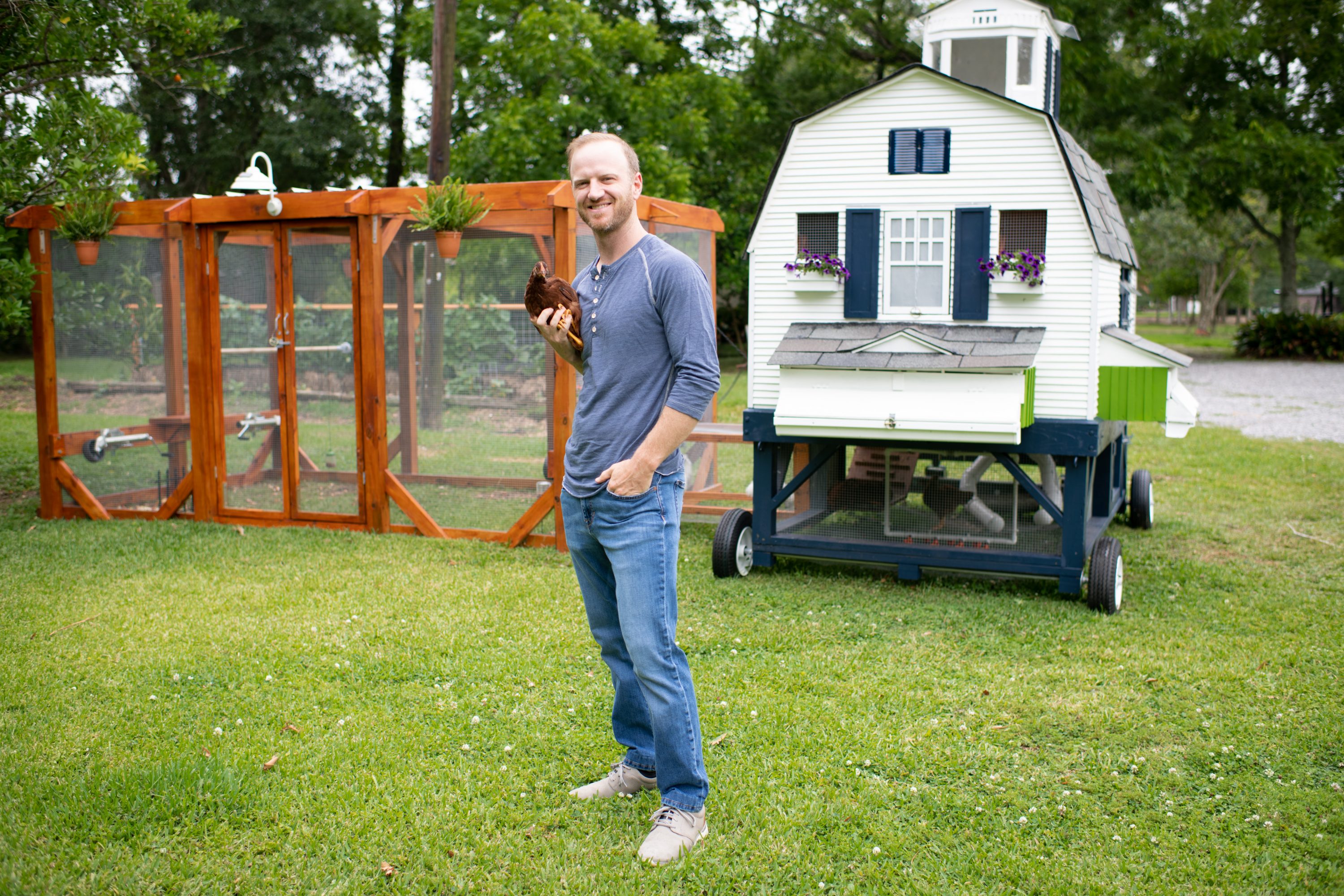 As the effects of COVID-19 began to close doors to businesses, schools and offices back in March, the suspension of elective surgeries and non-essential medical care followed suit. For some local medical providers, like Dr. Jeffrey Rau of Rau Plastic Surgery in Houma, a temporary closure of their practices was inevitable.

However, Dr. Rau’s newfound free time didn’t slow him down. Instead, it led to a brand new hobby: one that involved chickens.

“I can’t just do something simply,” laughs Dr. Rau. “Whenever it’s something fun, something neat like this, especially something that takes some creativity, there’s a big part of me that wants to do it the way that I know it can be done.”

Around the time that the stay-at-home order was implemented, Dr. Rau and his wife Katelyn, an anesthetic nurse at Rau Plastic Surgery, began the process of building a chicken coop in their yard. Dr. Rau said they had always liked the idea of getting more animals to add to their growing family after moving into a new home with a larger piece of property roughly a year ago.

When the stay-at-home regulations brought the Raus more free time, they decided to finally make their long-discussed plan of building a coop and adding chickens to the mix a reality.

The coop Dr. Rau would end up building is anything but ordinary, though.

“Just building a simple box for a chicken coop is not something that is enough or satisfying to me at all,” Dr. Rau says. “I had a lot of little ideas and so forth. The idea that I eventually went with was a design that kind of resembles my house—the more classic look.”

The project took Dr. Rau around six weeks to complete and involved a significant amount of research on how to properly raise chickens. The coop is currently home to seven chickens but has the capacity to comfortably fit over 20 if the Raus decide to get more.

His goal, he says, was to make the life of the chickens “as luxurious” and self-sufficient as possible.

In addition, Dr. Rau says he added a pergola chicken run that matches the pergola on his home and automatic doors that open when the sun comes up and close when the sun sets. The coop also has wheels to allow it to be moved around the yard.

The concept behind the coop’s design was a combination of inspiration Dr. Rau took from other people, as well as his own vision. He says he wanted to be as efficient as possible when constructing it and cover every necessary element, such as keeping the chickens out of the rain.

However, he is still finding little additions here and there.

“After the building, I found a little 12-inch-by-12-inch mirror and I said, ‘Do chickens like mirrors?” Dr. Rau says. “So I googled that, and they go, ‘Yeah, they love mirrors. They love looking at themselves.’ So then I found some molding, and I hung a mirror in there.”

Dr. Rau jokes that friends who have seen what the coop looks like have asked if there’s room for them to stay in it if they visit.

The addition of fresh eggs falls in line with steps the Raus were already taking at their home toward implementing fresher homegrown foods into their diets.

The couple planted a vegetable and herb garden prior to constructing the chicken coop. Down the line, they hope to add more to their miniature farm like a cow to supply fresh milk.

“My wife likes to cook, and she likes to be as healthy as possible, as do I, so incorporating your own garden into your lifestyle is rewarding and delicious and refreshing…It’s just a really overall very fulfilling thing to do,” Dr. Rau says.

While he enjoys his work and knows this is not an ideal time to be out of operation since he’s generally at his busiest this time of year, Dr. Rau says he’s thankful for the time he’s gotten at home to spend time with his family and work on his project.

“I didn’t sit at home frustrated over when I’m going to get to go back to work. I would like to. I have a lot of patients that need things done,” Dr. Rau says, “but at the same time it was nice to be able to stay home and kind of reconnect with everything, to do something peaceful like working on a project.”

Even when Dr. Rau’s practice reopens, the low-maintenance setup of the coop will make caring for the chickens as easy as possible. For example, the food and water supplies are both set to refill on a timer. Dr. Rau says he plans to move the coop every few weeks, but that’s the only significant maintenance it will require.

Even more so, it gives the Raus a little something extra to look forward to when they get home from work every day.

“In the afternoons when we get home and see the dogs, it will be nice to go see the chickens, too, and go hang out with them in the coop,” Dr. Rau says. POV