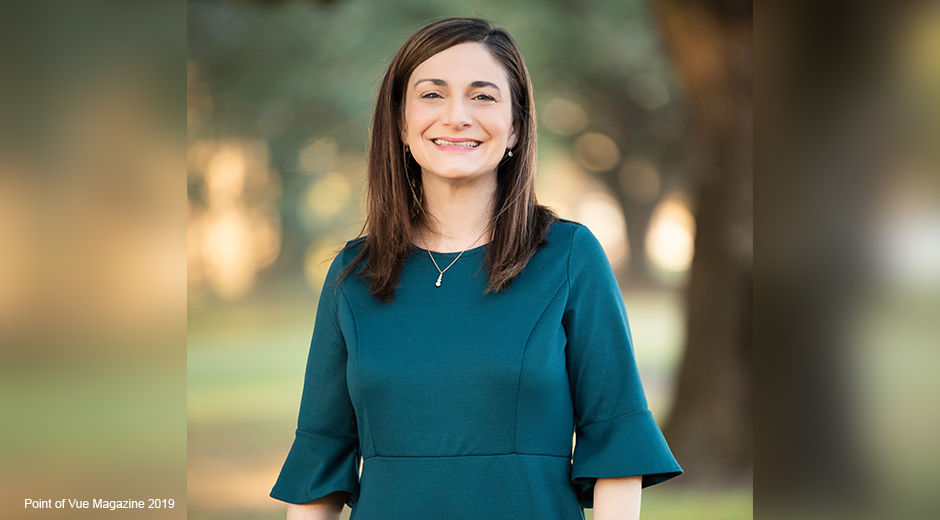 “Education is for improving the lives of others and for leaving your community and world better than you found it.” — Marian Wright Edelman

Edelman’s enlightened words easily apply to Houma native Kelly Moreaux. The 22-year educator made sure that all who entered her classroom would leave as smarter, more thoughtful individuals. She also spread the message of equality and inclusion, through her words and actions, and became an advocate for the local special needs community.

After teaching at a small high school in Texas and then moving back to Houma to teach at St. Francis de Sales Elementary School for a year, Kelly started educating at Vandebilt Catholic High School. There, she taught English, Psychology and a course she implemented at Vandebilt: Teen Leadership.

“I feel like Teen Leadership helped build confidence in students. I believe it helped them to connect with their peers and appreciate that people are not always what you see on the surface,” Kelly says on why she felt the need to establish the course.

Teen Leadership, now known as LeadWorthy, is a course that teaches youth how to positively lead those around them. The class teaches students how to take personal responsibility, express themselves (Students give graded speeches throughout the course.), make good, informed decisions and approach those around them with understanding and respect.

Participants in Kelly’s Teen Leadership course were encouraged to open up to each other and became close by the end of the semester. The class and Kelly are still held in affection to this day.

“Mrs. Moreaux was such a joy and inspiration, both as a teacher and a human. There weren’t many classes I looked forward to attending daily, but Mrs. Moreaux’s Leadership class was never a disappointment,” says Michelle Lyons, Kelly’s former student. “…She taught me the importance of being raw, truthful and vulnerable during times when hiding would be easiest. Most importantly, she instilled in me the value of fighting innate human judgment, holding all humans as equal and the importance of spreading love and kindness into the world.”

“Mrs. Moreaux had all the best characteristics you’d want to find in a teacher. She was passionate about her job, relatable and genuinely invested in her students…,” adds Kyle Eroche another former student of Kelly. “Going to Leadership class was something all of us looked forward to. There was such a sense of community and fellowship within that class; it was a safe place. The positive environment allowed for us to step out of our comfort zones and learn many skills I use now in my everyday life, such as speaking publicly.”

Although her Teen Leadership course and other classes she led touched many lives, Kelly’s impact during her 19 years at Vandebilt didn’t stop there.

While there, she met fellow Vandebilt teacher, Quinn Moreaux, and the two married and had two children: their oldest, Jackson and their daughter, Ella—who has Down syndrome.

With Kelly being as beloved as she was in the Vandebilt community (given the first ever Inspirational Teacher of the Year award from the Diocese of Houma-Thibodaux’s Council of Catholic School Co-operative Clubs), the student council decided to incorporate the national Spread the Word to End the Word campaign on campus, soon after Ella was born.

“It [Spread the Word to End the Word] was actually started by the Special Olympics. It was about avoiding using the word ‘retard’ as an insult, understanding what that really means and how that really affects people,” Kelly explains.

When Ella became older, Kelly researched Catholic schools in the area for her daughter to attend that had special education; she found there were none. However, this did not discourage her from finding such a class for her daughter—even if she had to create one and teach it herself.

“We had been meeting with the bishop to try to figure out how to incorporate Special Ed in the Catholic schools, and a private donor came forth and wanted to start one at Vandebilt…So, I got out of the typical classroom for a while and taught that class for a couple of years,” she remembers.

“…As a Catholic school teacher, I could not fathom the idea that my child would not be welcome in a Catholic school, and as things stood—she wasn’t. I wanted to do everything in my power to work to include her,” Kelly shares.

Today, Kelly, who currently is the English department head at E.D. White, continues to advocate for those with special needs and change people’s perception of them through social media campaigns and by contributing to local organizations such as Bookin’ BUDS—a nonprofit that donates books to children with Down syndrome on their birthdays. “Advocacy is fighting for Ella to have the same right as her peers,” she says. 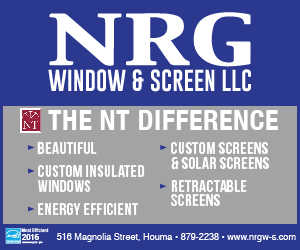 And like her mother, Ella, who is now age 10, has become quite the influencer with the positivity she spreads through her joy, especially in the videos she makes for social media. Now gaining quite the following, the mother-daughter duo are soon to launch a website containing videos of Ella’s awesome cooking skills—displaying recipes parents can cook with their children.

“People have looked at her and asked me if I knew before she was born: No I didn’t, but it wouldn’t have mattered because she’s my child,” Kelly says. “Down syndrome is a small part of who she is. I think sometimes people think that anything that makes a person imperfect needs curing or changing, but if you really stop and think  about the people you love the most, their imperfections are a lot of times what you love about them.” 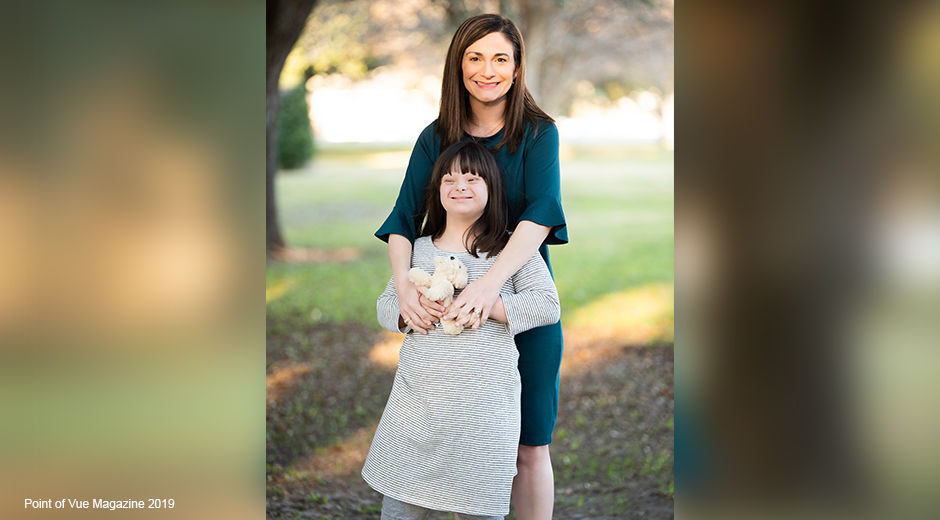 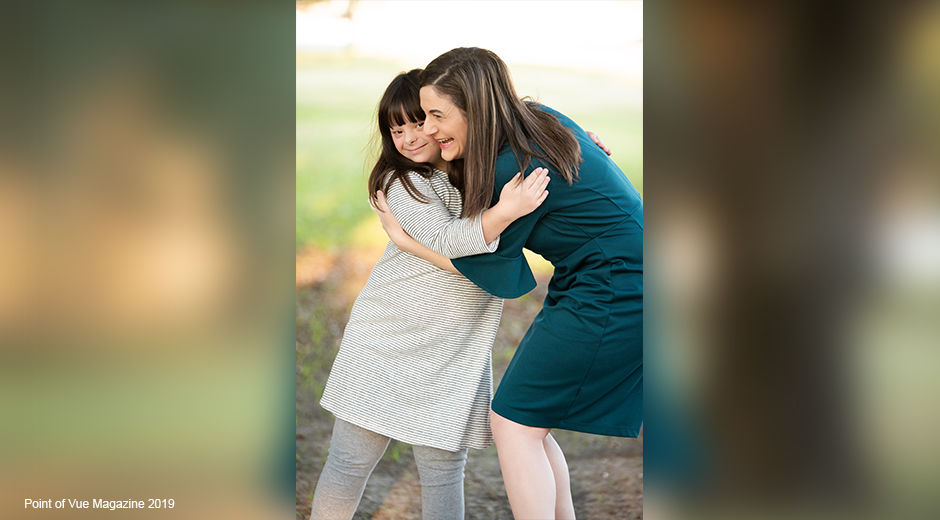 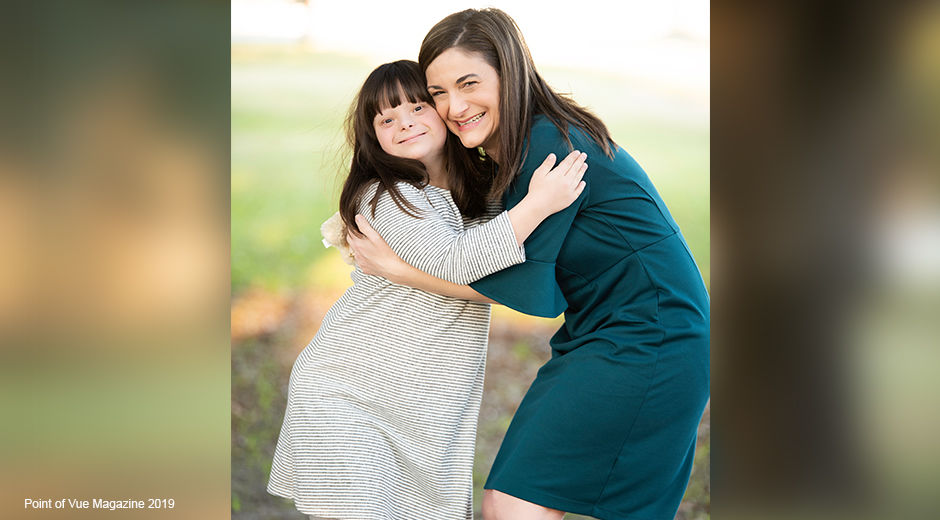 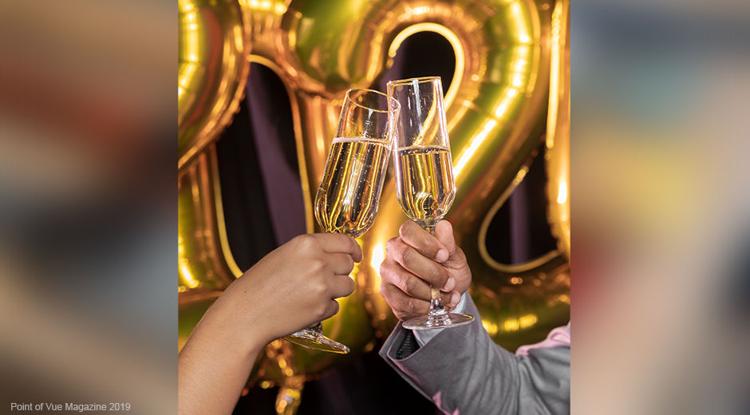 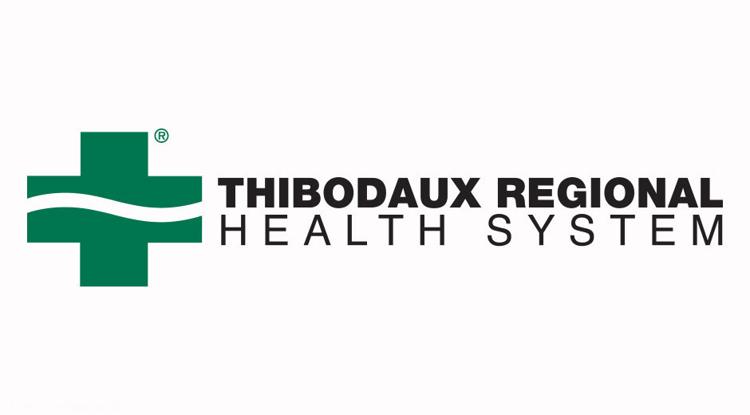 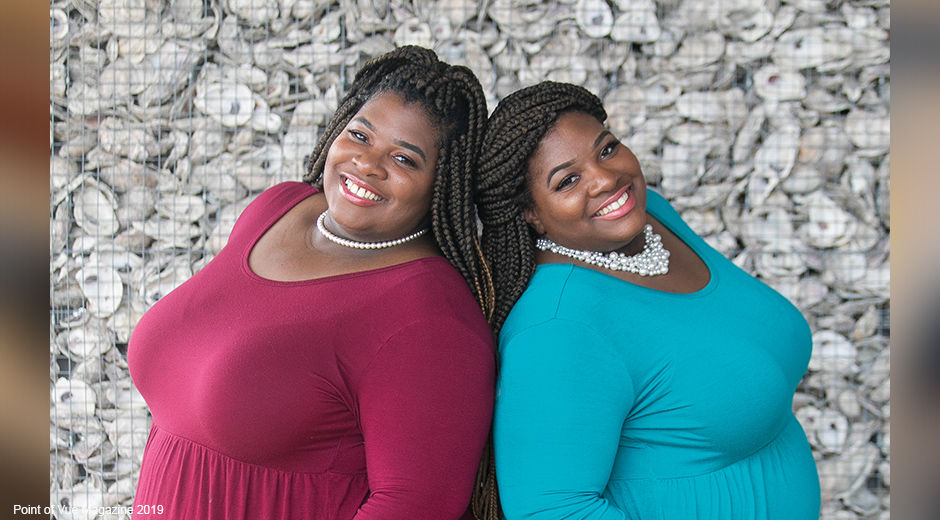