Doze Off to a Better Night’s Sleep

One on One With Congressman Garret Graves 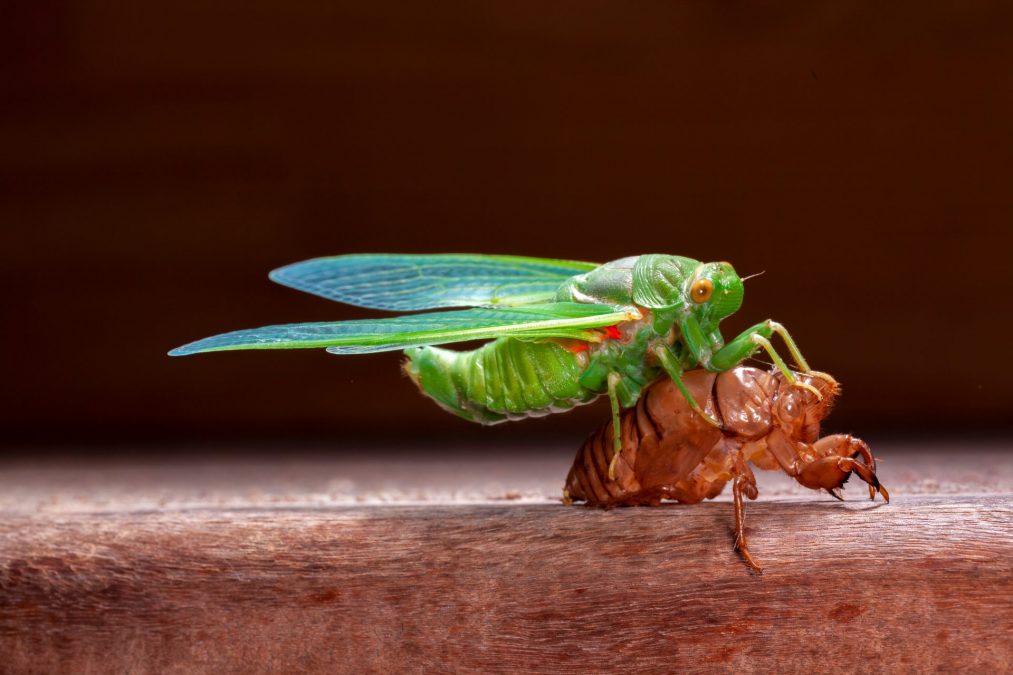 Back in the 60s and 70s, my dad was a tool pusher on a drilling barge, often drilling or docked in weird and creepy Louisiana marshes and swamps, and he sometimes brought home weird and creepy things. One time his crew caught a bat flying around the night beacons on the derrick. One time he trapped a millipede in a Band-Aid tin. Other times it was a strange fish or plant or rock. One day it was a car lacquered with smashed lovebugs—which I’ve seen each spring and fall ever since. What he really brought home were good science and nature lessons for a kid.

One day, trapped in a large Gerber Baby Food jar (and where he found such a jar on a drilling rig among all the grown men is beyond me!), he brought home the largest and angriest bug I would ever know. It was stout, roughly the size of a Vienna sausage but dark-colored and tapered at the back end, with large glasslike wings draping backward, small muscular legs, opaque eyes that bulged from each side of its head, and a snout that looked like the grill of a Mack Truck. Being trapped in a jar, it was not happy, and it let me know it by continually head-butting the glass. With each strike, there was such a ping that for certain it would break free, seek vengeance on the veins in my neck, and render me paralyzed or worse. Dad called it a “locust.”

As it turns out, it wasn’t angry—it just wanted to fly. It doesn’t bite—it just looked like it could take down a cow. And it wasn’t technically a locust, but rather it was technically a cicada.

You know cicadas by their crescendos of “sh-sh-sh-sh-sh-sh-sh” or “weir-o-weir-o-weir-o-weir” echoing from the forests during summer mating season (theirs, not yours). In Louisiana, they’re called annual cicadas because we see them each year. But this Spring, trillions of so-called periodical cicadas that have been maturing underground for the past 17 years are set to emerge all-at-once in the eastern U.S. For once, be thankful it’s only lovebugs hitting your windshield.

After answering one of those “sh-sh-sh-sh-sh-sh-sh” or “weir-o-weir-o-weir-o-weir” love calls, a female cicada will saw into a young tree branch and insert fertilized eggs. Within a few days, hundreds of tiny, bug-eyed, unpigmented, and wingless cicada nymphs emerge from the eggs and fall to the ground where they’ll burrow for the set number of years according to their species.

Imagine, if you will, leaving your sunshiny youth and entering a dark, muddy, sap-sucking life for 17 years before climbing up the side of a tree, cracking open your shell, unfurling your glasslike wings, and flying away like a banshee, desperately screaming “sh-sh-sh-sh-sh-sh-sh” and “weir-o-weir-o-weir-o-weir” as you jet from tree-to-tree. If that sounds like your life, then you’re either a human who reads lots of Marvel Comics or an excited periodical cicada.

The brood of 17-year cicadas emerging this year were born in the branches in 2004. If that were you, you would remember things before burrowing into the darkness only to be startled by what’s happened since. You may have known that in 2004 the San Diego Chargers drafted Eli Manning but might never have known that they traded him to the New York Giants for whom he won two Superbowls and is now retired. You might never have known that the Giants selected Phillip Rivers in that same draft and in turn traded him to the Chargers, which was the first domino to fall in the emigration of Drew Brees from the Chargers to the New Orleans Saints. And, oh yes, you would have never known—much less believed—that the Saints made it to and actually won a Superbowl. And now, with Brees’ retirement, you would have missed all the glory of his Hall of Fame career in New Orleans. Makes you wanna say “sh-sh-sh-sh-sh-sh-sh!”

Emerging from 17 years of darkness, you would not believe things like snowfall on Christmas Day 2004, Katrina in 2005 and all the major storms since, the loss of 200 more square miles of coastland, the Covid pandemic and struggles to contain it, the first female Louisiana Governor, the first black U.S. President, the first orange U.S. President, all seasons of Game of Thrones and Downton Abbey, all 12 generations of iPhone, all 17 years of Facebook, and Greta Thunberg.

But to comfort you that you’ve emerged in the same twilight zone in which you were born, know that some songs have remained the same after all those years: The Rolling Stones still roll, Tom Brady still wins Superbowls, Eric Paulsen still anchors the Channel 4 morning news, and Armour remains America’s Favorite brand of potted meat. Yes, every day dawn still shines over your old birth world. So, wipe the mud from your bug eyes and rest your wings. Hang-in there. POV