Living on the Upside

Why the Sea Smells So Good 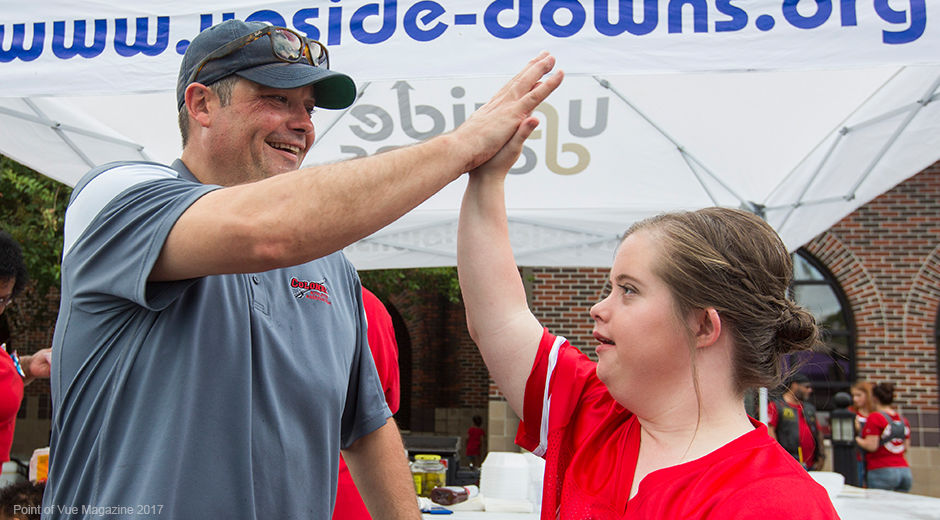 Upside Downs, a non-profit organization that services individuals in our community with Down syndrome with recreational activities and awareness, was founded in the heart of Thibodaux in 2016.

Beau Brooks, the President of Upside Downs, states, “Paige has been a missing component of Upside Downs. She will take us to the next level of the organization by allowing someone with Down syndrome to shed light on what she thinks would be good activities, or events, as someone with Down syndrome.” To him, this is important to the organization, and is going to help steer it in the right direction.

Alongside Upside Downs, Paige is involved with the Bridge to Independence program at Nicholls State University and holds the program close to her heart. “The program is about hanging out with friends, making friends, learning about other people, and even getting to hang out with the sorority girls,” Paige says. She adds that she likes Delta Zeta a lot at Nicholls State University, as the sorority partnered with the Bridge to Independence program around September of 2016. This was done to ensure students with intellectual disabilities would be given the full college experience of leadership, social skills, and skills for future employment and independent living. Paige lives independently on campus already, has her driver’s license and plays a great game of tennis.

The program has helped Paige in a few ways. She explains, “It has helped me get involved with the people in our community and bring awareness to those with Down syndrome. It has given people with Down syndrome the opportunity to experience things they may not have while attending college.” Another positive about the program that has helped Paige is that it requires her to get all her schoolwork done, thus allowing her to further her education.

While Paige is involved on the Nicholls campus with the Bridge to Independence program, she also makes sure she involves herself in other ways. Previously, she has worked on campus at the daycare where she aided with the children’s class assignments and helped with nap times. Last summer, she also worked on campus with a summer camp program, working with kids again. This coming year, Paige will be working with St. Joseph Elementary School with the first and second graders.

Her favorite thing about living on campus is when any of the sororities have events. Paige explains, “Delta Zeta’s karaoke nights and bake sales are events I’ve enjoyed.” Her favorite memory was when she got to model for the Fashion for a Passion Fashion Show, which raises money for the Starkey Hearing Foundation. She noted that it was a really exciting experience. The other place she enjoys events at is St. Thomas Aquinas. She says, “St. Thomas has Halloween and Christmas parties,” which are the two events that she enjoys the most from them.

Although she gets to enjoy all of these fun activities and events, she mentions how much she enjoys the Upside Downs organization. “It has motivated me to do the best I can in many things. I want to show everyone that people with Down syndrome can make it in college, and anywhere else.”

For her future, Beau explains, “We have sent Paige to the National Down Syndrome Congress Convention to meet other self-advocates and other people from across the country to network, and get an idea of some of the things they do.”

Paige also helped plan the tailgate they had for the Family Day football game at Nicholls in conjunction with the Nicholls Veterans Organization. Free game tickets were given to individuals with Down syndrome and their family members who are located off-campus.

Their next big event will be October 21, 2017. The event is called the Magical Dance Party, a free event where they give away a trip to Walt Disney World. John Tucker from A&E’s Born This Way is also scheduled to make an appearance at the event.

Paige has a few more ideas, like Bridge Karaoke, which would be open for anyone to attend and join in on the fun. Keep an eye on Bridge to Independence and Upside Downs as Paige is sure to continue making a difference in the community and proving that individuals with Down syndrome can succeed in college, on campus and anywhere else. 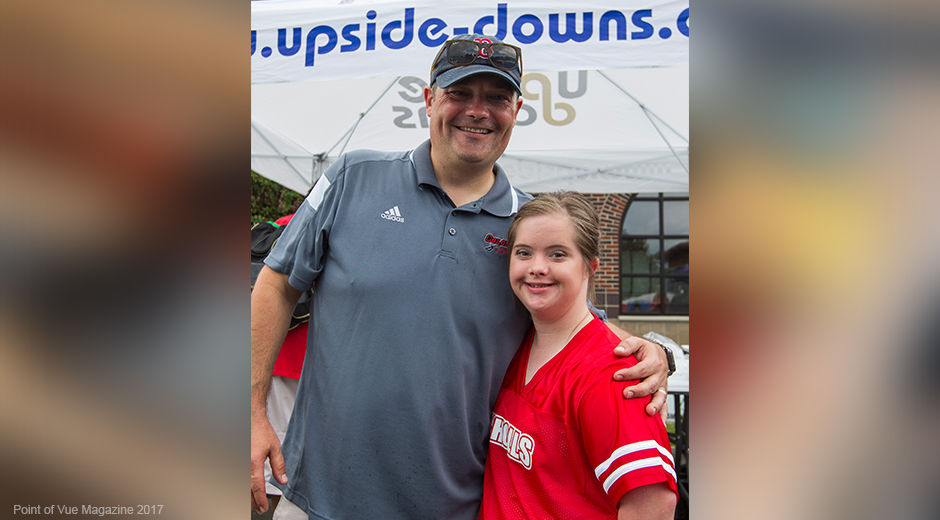 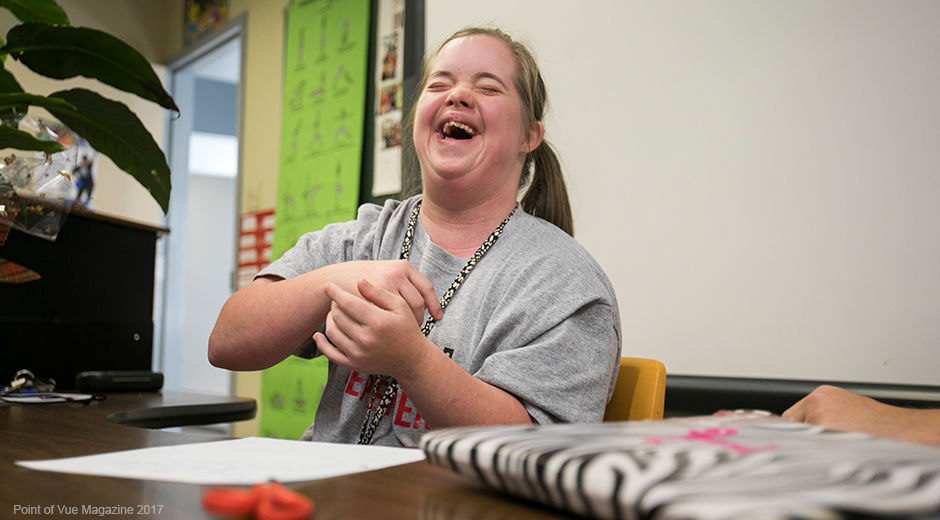 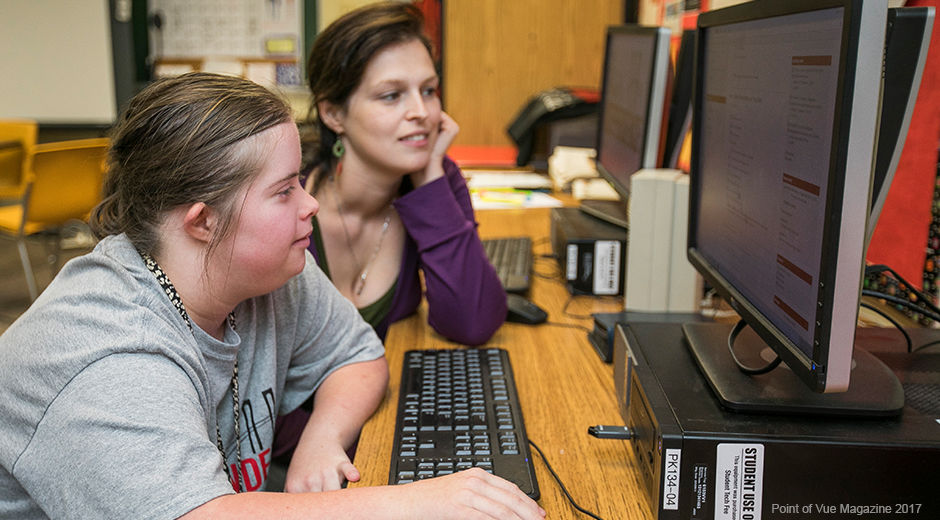