Much More than a Game of Hoops

A Project of Passion 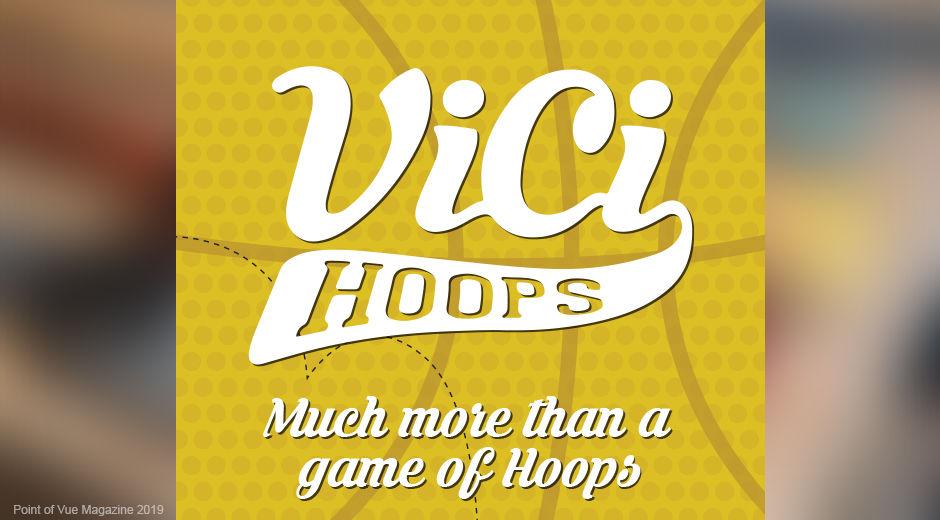 Listen to any legendary athlete talk about how they worked their way to the top, and you’ll probably hear stories of them beginning their sports careers at a very early age.

Take LSU quarterback Joe Burrow, for example, whose athletic talent reportedly became clear to his youth coaches while he was in third grade. By the time he was in fourth grade, the future Heisman Trophy recipient could read defenses and adjust plays accordingly: a rare ability for someone his age.

If this proves anything, it’s that sports can play an integral role in shaping young lives and leave a long-lasting impact that goes beyond the game. This impact is what all youth sports programs hope to achieve, and ViCi Hoops is no exception.

ViCi Hoops is a local volunteer-based basketball league for children in fifth through seventh grade that strives to introduce them to basketball skills and build those skills while simultaneously providing them with life lessons.

“The biggest goal is to develop these kids and the skills that they need to play basketball later on in life, so we take them from a developmental stage and move them to kind of middle-of-the-road…and then hopefully progress them to accelerated, and then they can go and play at Vandebilt or Terrebonne or H. L. [Bourgeois] or wherever they decide to go to school,” Bradley DeRoche, a ViCi Hoops volunteer, says.

The program was introduced three years ago as developmental league for local boys. In its first year, it had 78 participants.

The program runs from early January through late February, with games played every hour from 8:00 a.m. to 3:00 p.m. on Saturdays at Vandebilt Catholic High School.

In order to join the program, participants pay a $40 fee that covers a warm-up shirt, a jersey and league expenses.

ViCi teams are built off of assessments of players. The league’s coaches run participants through drills like shooting, free throws and layups and evaluate them based on their skill levels. Then, they place players on teams in a way that creates evenly-matched rosters.

“Say [with] the varsity, for example, we have four kids that really stand out. Each team is going to have one of those kids,” Bradley says.

Bradley believes that teams playing other teams with equivalent talent helps athletes to become better at basketball more than playing dominant teams does.

“If [your best players] are playing with each other and you’re beating a team 70-10, no one in that game got better,” Bradley says.

While ViCi Hoops is a league centered on developing basketball players, the sport ultimately serves as a platform for teaching the young athletes lessons in hard work, teamwork and sportsmanship, as well as Christian values.

Bradley says he sees such values implemented in the way that players support one another. Athletes who have been in the league longer often assist those who are new to the league and inspire them to strive for more.

By welcoming young athletes who are beginning to transition out of elementary school, ViCi Hoops is picking them up at an impressionable age. Bradley says that this age range is where they will begin to grow and develop to play junior high and high school sports.

Bradley says that children who choose to go out of their comfort zone to try sports like basketball are “brave.”

“Kids are brave, and they’re taking big steps coming [to] try something difficult for the first time, knowing that some of these kids in here are really good…but they still work hard…and they try to improve and get better,” Bradley says.

Above all, ViCi Hoops is a league that tries to offer parents peace of mind that their children are receiving mentorship from coaches and a wide variety of lessons beyond only basketball.

Bradley says that everything the league does serves toward helping its athletes grow, even if basketball is not in their futures.

Who knows whether ViCi Hoops or similar youth basketball programs will produce the next Michael Jordan. The league does, however, promise inspiration that may stick with its young athletes for a long time to come.