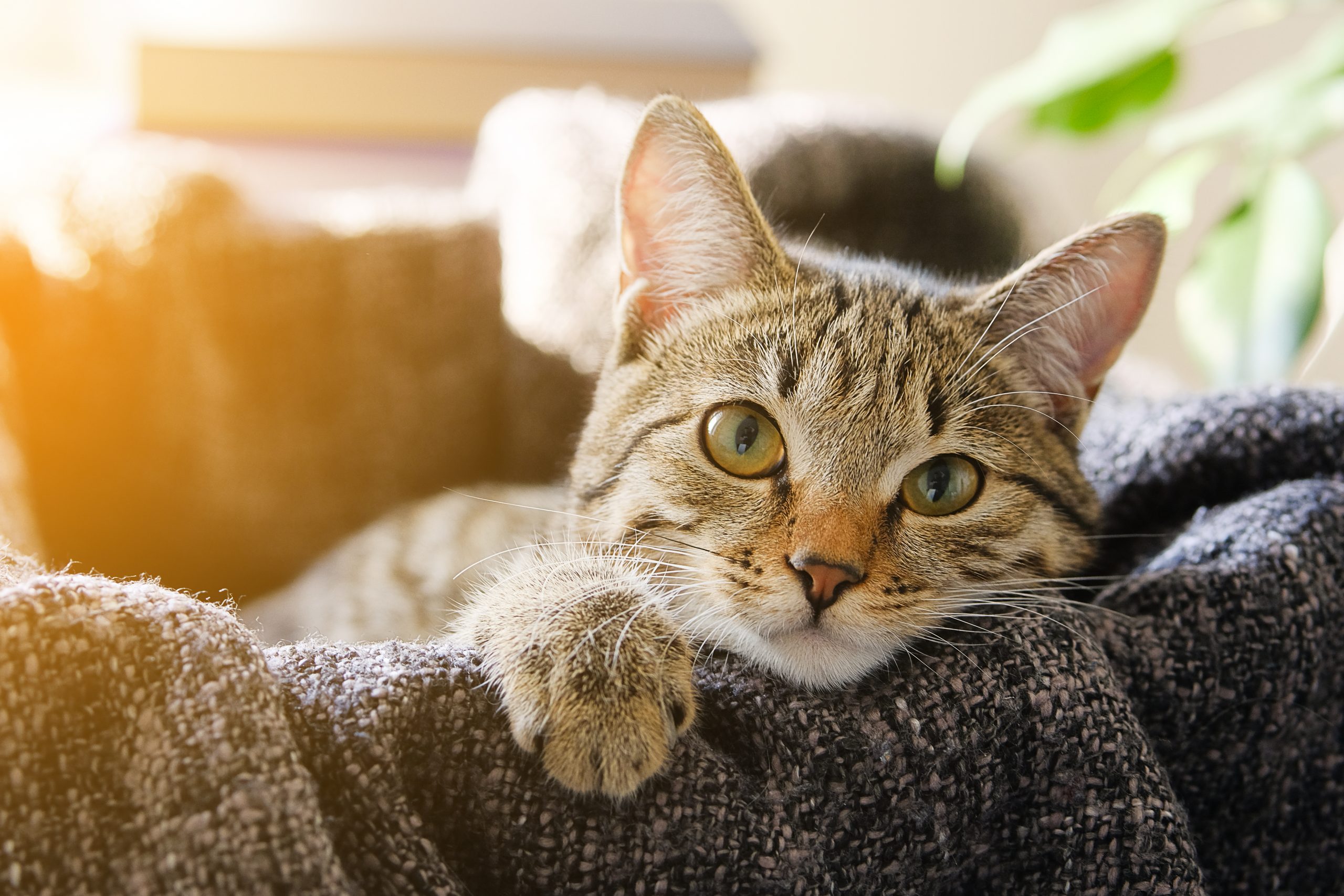 Domestic Cat Lies in a Basket with a Knitted Blanket, Looking At the Camera. Tinted Photo.

My cat has died.

She was 20 years old in human years.  That’s pretty good for cats.  Not so good for humans.   You get attached.

Twenty years for a cat is almost 100 for a human.  When she was born, America Online (AOL) was the largest internet provider.  In sports, the new Saints coach was Jim Haslett.  In science, the first draft of human genome sequence was announced.  In newspapers, the final Peanuts comic strip appeared, having never featured a cat.  And while here in her Louisiana back yard there was hanging moss, in Florida there were hanging chads.

Her name was Callie.  As a newborn, she appeared calico.  Over time she never quite became calico.  She was kind of calico, kind of tortie, kind of tabby, and kind of other, with a bit of zebra on the tail.  Her paws were each of a different pattern and color.  Hers was a diverse background.  Her mother must have been popular.  Sometimes, Hillary, it really does take a village.

Callie was a smart cat.  She could speak.  She sounded like Jimmy Cagney in a film noir saying “You dirty, double-crossing rat!”  She likely used that line on a few rodents in her day—especially the ones she captured and presented as gifts on the doorstep.  She could also recognize her name.  I tested her on multiple occasions.  Though she also responded to valley, tally, rally, Hallie, and Nepali, we never really used those words around her so those test results didn’t matter.  In response to her name or to get our attention, she would speak a raspy “Reer!  Reer!  Reer!”  If the moment was appropriate, he would speak more calmly with a gentle “Reeeeer.”  When she heard us talk in French, sometimes she would speak a sophisticated “Raire.”

She was also a very considerate cat.  If you were holding her and she would need to scratch, she would hop off not confer any blood-sucking parasite to you.  And she would always come back to your arms, as if to say “Reer.  I know that blood-sucking parasite didn’t come from you.”  Humans should be so considerate.  Her consideration extended beyond humans to the environment as well.  She was a conservationist.  She hated to waste fresh water by taking a bath.  A little of her own saliva daily was good enough.  Besides, when you’re 100 years old, you need help to recognize your own smell.  Although she ate canned cat food, she shunned the idea of aluminum waste, often showing a distinct preference for the taste of her own fur.  And she was happy to return her body’s waste nitrogen to the lawn.  She was humble about her environmentalism, always seeking to bury her fertilization efforts with swipes of the paw.

In springtime, she liked to jump high among the wild clover and buttercups in the back yard and challenge passing butterflies to flutter to higher paths.  Not physically, but she surely dreamed this while lying on the back porch, flattened out against the cool concrete in one of her afternoon-long naps, always taken in a slant of shade.  I know these dreams to be true:  I could see the thought cloud above her sleeping head as her jumping legs twitched.

She was resolutely an outside cat.  She was born outside back in the day when it was fashionable as cats’ favored way-of-life.  She liked ruffing it.  That also described her grooming.  Ruffing it has its dangers, especially if you live in the woods like us.  I know this because I once lived among the kudus near Kilimanjaro.  No, maybe I read that in a Hemingway novel.  Nevertheless, when you’re outside, you find that other outside animals are angry and cruel.  They want your food and they want your sleeping box, and, just so you can’t have it, they’ll vindictively spray it.  But Callie was supreme protector of our territory.  Mice and shrews stood no chance.  Larger animals, unlike Julius Caesar, would veni and vidi but could not vici, and left our territory forever in a slow backwards retreat with tails tucked.  Even plants bowed their fronds in homage.

Around the time Callie was born, I met Nobel Prize winner James Watson, first director of the Human Genome Project, which was well underway.  I asked him which animal’s genome would be studied after the human genome was complete.  “Dogs,” he said.  Why not cats?  “Dogs express human-like behaviors, like love,” he said, then chuckled: “Cats are in it for themselves.”  I begged to differ with Mr. Nobel laureate.  Adult Callie would have hissed and fanged.  Her doing so may have seemed like proving his point, but I know she would instead be proving mine. POV