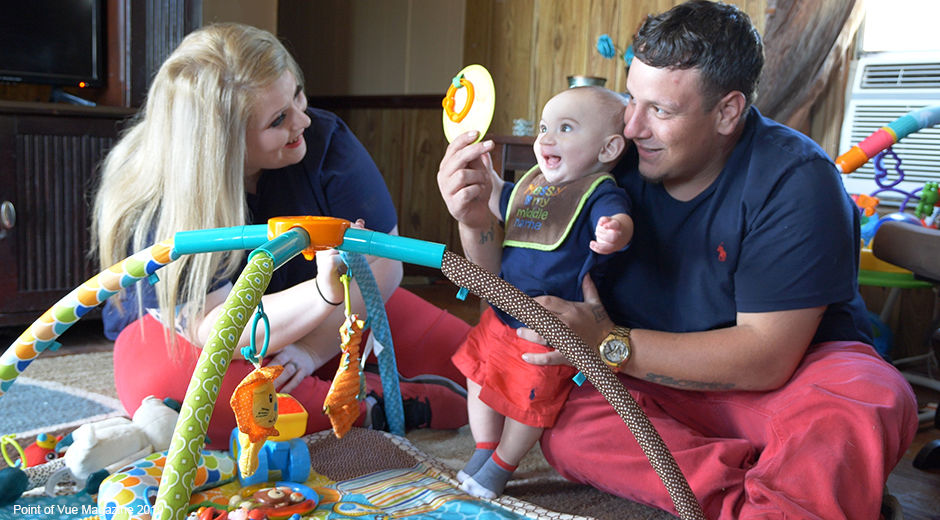 One Day at a Time

Once you choose hope, anything’s possible.

Cut Off native Chelsey Terrebonne says she thought she was going to have a normal pregnancy.

But those thoughts quickly changed after she opted to have a blood test at 20 weeks pregnant. Chelsey’s blood tested positive for a high risk of neural tube defects, which commonly cause spina bifida.

After a level 2 ultrasound, her doctor determined her baby didn’t have spina bifida, after seeing the spine and brain looked normal, Chelsey says, but the medical staff couldn’t see the baby’s heart and face.

“He asked me if I wanted to do another level 2 ultrasound in New Orleans with better equipment. So, I told him yes and went to New Orleans. At that level 2 ultrasound, we did a whole heart exam. His heart looked fine,” Chelsey remembers. “And then again, they did another full scan of just every part on his body. But the only thing [the doctor] couldn’t see was his face; he kept hiding his face.”

“Well, a lady came in and asked, ‘Who’s all in the room with you?’ Right then and there I knew something was wrong,” Chelsey continues. “She said, ‘Well, what we think we are seeing is that he has a bilateral cleft lip and palate.’ When she told me that I was beside myself because I didn’t know what that was.”

“A cleft lip happens if the tissue that makes up the lip does not join completely before birth. This results in an opening in the upper lip. The opening in the lip can be a small slit or it can be a large opening that goes through the lip into the nose,” according to the Centers for Disease Control and Prevention (CDC). “A cleft lip can be on one or both sides of the lip or in the middle of the lip, which occurs very rarely. Children with a cleft lip also can have a cleft palate.”

“A cleft palate happens if the tissue that makes up the roof of the mouth does not join together completely during pregnancy. For some babies, both the front and back parts of the palate are open,” reads cdc.gov. “Children with a cleft lip with or without a cleft palate or a cleft palate alone often have problems with feeding and speaking clearly and can have ear infections. They also might have hearing problems and problems with their teeth.”

Chelsey says the day she found she went home and “cried the whole day away.” Thankfully her husband Dillon Terrebonne and mother were there to comfort her, she says, and she worked up the courage to tell her family.

After that day, she says her whole pregnancy changed. She had to frequently travel to New Orleans for doctor visits to see maternal-fetal medicine specialists. Complications soon arose as her baby stopped growing due to a lack of fluid intake. Doctors were forced to induce labor while Chelsey was 37 weeks pregnant.

At first, Brylan was doing fine, Chelsey says, but because his palate was so wide open, they had difficulties feeding him, which caused their newborn to have a 30-day stay in the neonatal intensive care unit (NICU).

Determined to do what was best for Brylan and ready take their new baby home, Dillon and Chelsey opted to have a gastrostomy tube (G-tube) inserted in Brylan, which would be the first of several surgeries he would have. After they learned how to work the G-tube, the couple was soon able to take their baby home.

The following three surgeries Brylan would have would be done by Ochsner’s Dr. Michael Friel, a pediatric plastic surgeon. Dr. Friel had actually met with the Terrebonne family before Brylan’s birth and visited them while Brylan was in the NICU. Chelsey remembers worrying about all the surgeries Brylan would have to go through, but Dr. Friel reassured and comforted her.

At around 3 months old, Brylan went through the first of a series of surgeries to correct his bilateral cleft lip and palate, a cleft lip adhesion – the first step in a process to repair a baby’s cleft lip by sewing together edges of skin (tissue) on both sides of the cleft lip, according to nationwidechildrens.org, to help the gum line straighten and reposition the nose.

“So probably around when he was 6 months, he got the formal lip repair, which was like actually doing work to his nose and fixing the lip,” Chelsey says.

The surgery to repair Brylan’s palate when he was 13 months old, Chelsey says, had the worst aftermath of all three surgeries. “That night, Brylan basically stayed up crying almost all night. He was in so much pain,” Chelsey shares. “I had mixed emotions because it was like I was so heartbroken seeing him in that much pain, but then I was so amazed at the work that was being done. He was like a whole different baby.”

A few months later, he had another procedure to get his G-tube removed, bringing his total number of surgeries to five.

“Brylan’s parents certainly come to mind when I think of resilient parents,” Dr. Friel says. “I’ve been very, very happy with how well he’s come through each procedure and how well his parents have handled it. I admire their courage and their strength.”

Even though he will have more surgeries when he’s older, Chelsey says, their son is currently doing great. He’s eating and speaking well. “Brylan is like a completely different child; you wouldn’t even be able to tell he’s been through any of that,” she says. “There’s nothing that stops Brylan; he’s afraid of nothing.”

When Brylan was first born, Chelsey says she had such bad anxiety that there were many family members she wouldn’t let see him. Now, she says she’s more open and even responds to messages from moms who just found out their baby is going to be born with a cleft lip or palate.

“I always just tell them that it’s not as bad as what it seems, but it is hard to watch a child go through that,” Chelsey says. “I always try to tell them to try and get as much family support that they can have and to just to be there for their child and love their child.  And take it one day at a time and one surgery at a time.” 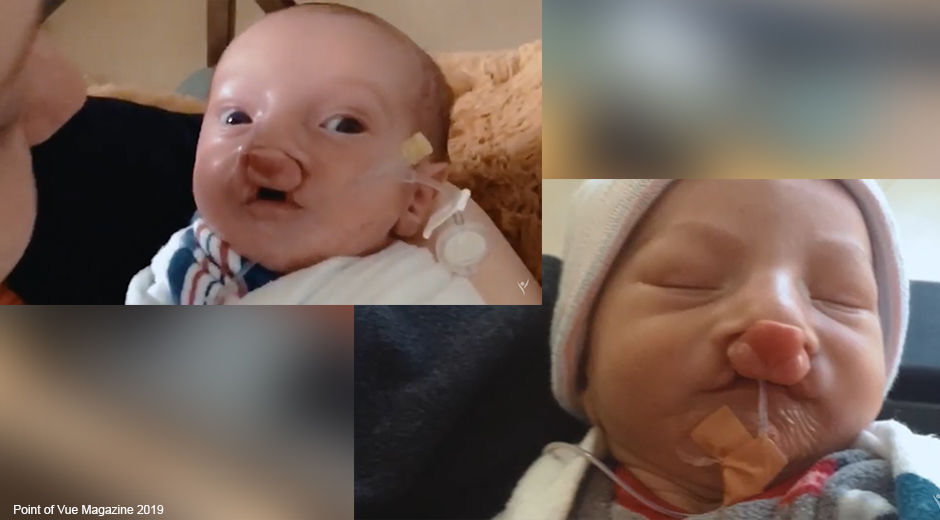 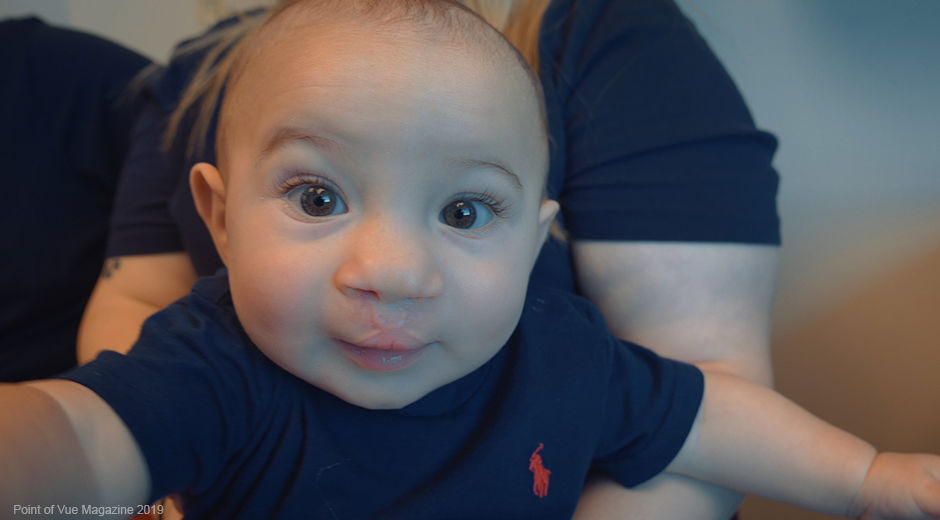 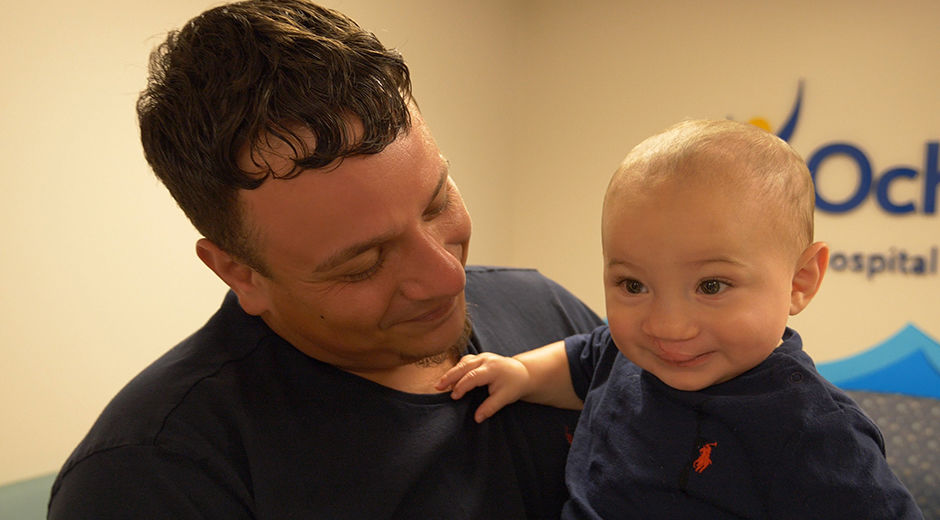 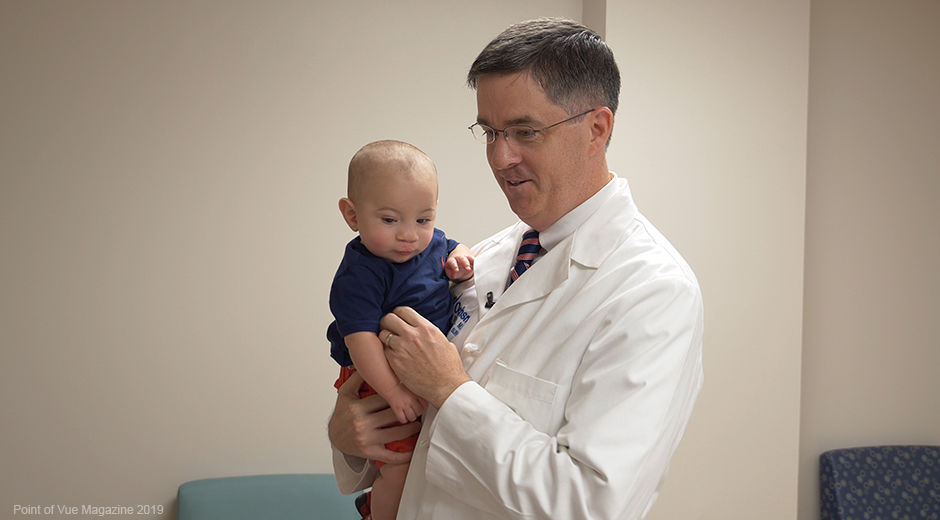