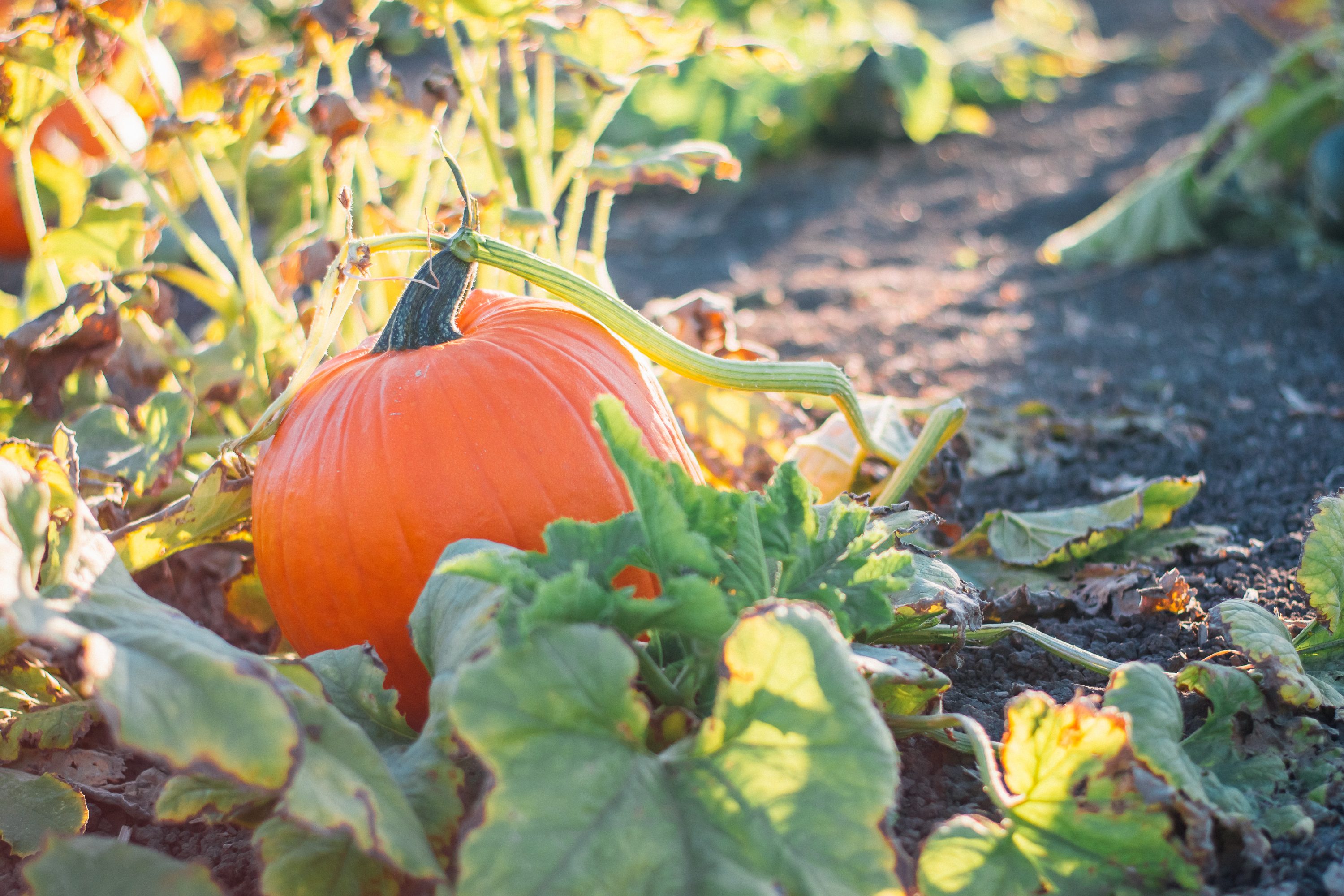 Pumpkin Farming During the Pandemic

By the time you read this, it will have been eight months since raccoons ate my pumpkin. At the house, we call it “Night of the Raccoons.” The pumpkin had already served its purpose, decorating the front porch for Halloween and adding to nature’s palette of late autumn colors. But by morning of November 1st, the Doucet pumpkin was macerated and massacred with a clear pattern of tell-tale, long-toed footprints to, from, and around it on the porch concrete.

We blamed raccoons, but we didn’t actually catch them in the act. Maybe it was armadillos who attacked the pumpkin by digging only through the outer rinds and leaving behind the irresistible inner pumpkin flesh in an effort to frame raccoons for the crime. But there were no tail tracks as armadillos often leave, and regular armadillos can’t climb onto elevated porches. Even more, everyone knows you have to bury a pumpkin to attract an armadillo to it. Otherwise, it’s not much of a challenge. For a raccoon, however, everything is a challenge.

And so, fate found me that November morning clearing the orangey aftermath of raccoon gluttony, scooping up larger chunks for the garbage pail and then hose-piping lingering wastes over the edge of the porch. A few months later, in early spring of 2020, I noticed an odd type of weed growing in the front yard. It was large-fronded and grew like a vine, beginning on the shaded side of the front porch and growing across the ground. By the time of the coronavirus quarantines, it began to creep slowly into the front yard, curving its trajectory a bit each day toward the east where morning sun rose through then over the oak trees.

I fought the temptations of my lawn machines to mow down this creeping phenomenon. As if in appreciation for letting it live, the vine began to sprout large, floppy, yellow flowers that opened for a while each early morning and then closed. Soon, the organism could be seen from a distance in the neighborhood by self-distancing passers-by. One of them called out in his out-of-PoV-country accent, “Hey, that’s a danged pumpkin vine yer growing!” I was confused and didn’t respond because I didn’t know what “danged” meant. But, after Googling “pumpkin vine” for images, I became convinced that he was right. I also searched dictionary.com for the word “danged”: It’s a word that good mothers of Texiens would forbid in their households. Maybe that guy hated pumpkins. Maybe he had small, raccoon-like feet with long toes.

If it’s a pumpkin vine, I thought next, then why am I not seeing pumpkins? With my passing knowledge of bees and pollen, I blamed the closed flowers. And so I began to carefully open them, hoping to attract bees. Unfortunately, the large, floppy petals were too delicate to cooperate, and they soon flopped closed. While open, however, I observed that although these big, yellow flowers were similar on the outside they were different inside. One type of flower had a large Cheetos-like stalk in its center, and the other type had multiple, smaller Chee-Wees-like stalks inside. Since they were different, I realized that I had to get the cheesy pollen of one inside the other.   reasoned that the Cheetos flower was male and the Chee-Wees flower was female. Don’t ask me what I based these assumptions on.

One hundred sixty-three years before the Night of the Raccoons, Austrian monk-scientist Gregor Mendel figured out how genetics works by gathering pollen from some flowering plants and sprinkling it into others. I bet that this strategy could work for my pumpkin flowers, too. And so, I broke the Cheetos-stalk from a male flower (despite Freudian disinclinations) and sprinkled its pollen onto the Chee-Wees of a female flower. Within only days, I had a baby pumpkin. I screamed out, “It worked, Gregor!” Thankfully, the neighbors didn’t call the cops. Or maybe one of the cops was named Gregor. Nevertheless, in about a month, my baby turned from green to adult orange color and sounded hollow to a good thump test. I harvested a 11-pounder.

Time spent away from the bustle of public life during the pandemic has shown us many things we would otherwise fail to see or appreciate or even attempt—like growing a green thumb and a new porch pumpkin. Now, pumpkins are normally a winter crop. Maybe that’s why bees never showed up. Maybe that’s why the Texien cursed it. Maybe that’s why raccoons have not clawed the new pumpkin thus far. Everyone and everything is just a little out of rhythm during this unusual time—even the Headless Horseman, whom I have not seen since the quarantine began. POV