Revival On the Bayou 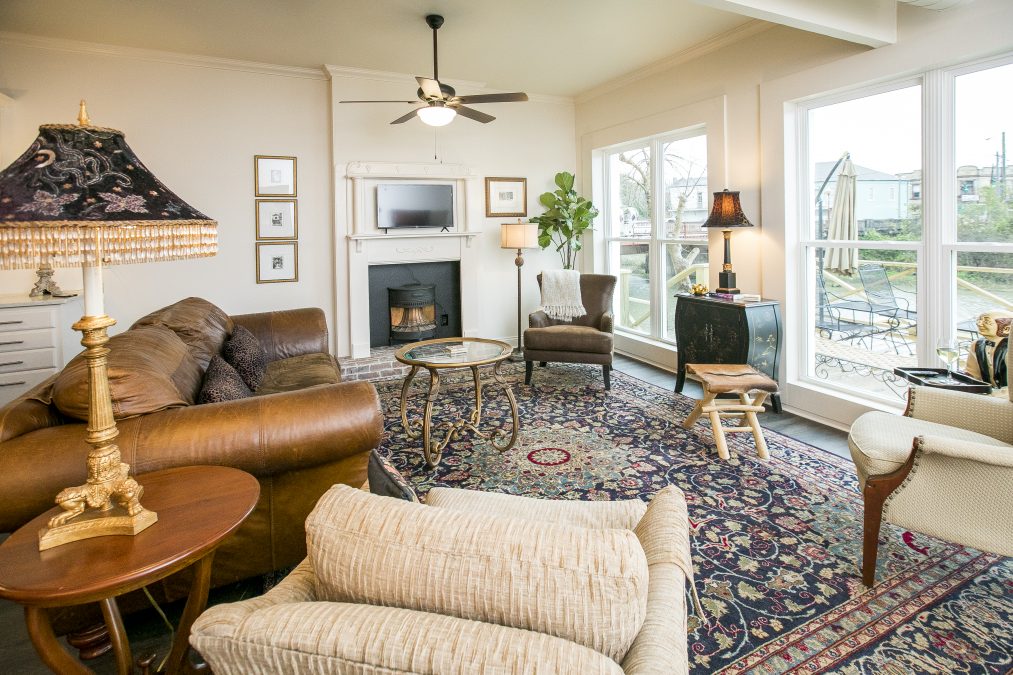 From renovating a 1950s camper, to converting the remnants of the 20th-century OJ Mire General Store on Highway 1 in Thibodaux into a stunning home, the duo has turned what some may consider a hobby into something much deeper: a mission centered on preserving old buildings in the community they love so dearly instead of allowing them to be torn down.

“It’s all about saving history and keeping a part of the town like it used to be,” Lisa says from the living room of the couple’s newest renovation project: a once-decrepit apartment building transformed into a gorgeous property with a jaw-dropping view.

Situated between Bayou Road and Bayou Lafourche in Thibodaux, the duo’s latest project has it all: history, walking proximity to the restaurants and bars of Downtown Thibodaux, a gorgeous view of the bayou and even a basement with a somewhat-secret entrance.

Rod says he and Lisa would pass by the building frequently after moving to Thibodaux from Houma a few years ago. The only thing occupying it at the time, he says, was pigeons.

He always loved the potential the building possessed and began attempting to contact its owner. A year later, in June of 2020, Rod and Lisa purchased the property and began what would prove to be an extensive renovation project.

“[The building] was horrible…Where the upstairs apartment is, there was a hole in the roof for years, so all the woodwork and everything coming down that way was all rotted out,” Rod says. “When we got it, we didn’t know that the back had a deck because it was all over grown. You couldn’t see anything.”

The building, Rod says, was built sometime in the 1930s, supposedly as a haberdashery. It was subsequently turned into a motorcycle shop and a music store before becoming an apartment complex.

Its 90-year existence has left the property packed with history. Rod says that riverboats carrying doctors and dentists used to pass up and down the bayou and dock near the building, allowing residents of the town to get the healthcare they needed.

Additionally, the building features a rarity for any property in Louisiana: a basement, whose entrance is tucked away in the corner of the living room.

“Back in the day, there was a door going out the basement, and…they would get supplies and stuff and put it down there, and then they’d bring it in…It’s just history,” Rod says.

The couple’s vision for the building involved a dual purpose: the upstairs area would become a rental apartment, while the downstairs area would be used by Rod and Lisa as a safe, “fun place” for enjoying local events like parades and festivals. When the couple is not using it, they plan to rent it out as an Airbnb.

One of the first major steps in the renovation project was to gut the building entirely, as it featured numerous small rooms that weren’t ideal for carrying out the duo’s vision. After that, Rod, who owns a roofing company, worked to fix the hole in the roof.

“We did that. The pigeons agreed. They like it. They still come back. They pay no rent,” Rod jokes.

The couple focused on completing the upstairs first, ultimately turning it into a three-bedroom, two-bathroom rental apartment.

The duo’s main goal for the downstairs area was to take advantage of the building’s back view of both Downtown Thibodaux and Bayou Lafourche. Ultimately, they decided to close off the front entrance due to its close proximity to the highway and utilize the space for closets, turning their attention toward making the back of the property its focal point.

Their vision proved to be a success, as both Lisa and Rod agree that the living room is their favorite part of the property.

“That’s our main goal in everything we do is find the best view and add the big windows,” Lisa says.

As for the “secret” basement, Rod says they have several ideas in mind, including a tornado shelter or a wine cellar.

Over years of renovations and remodeling efforts, the duo has picked up signature touches that appear in many of their finished projects. One has become the use of wood countertops, often made from repurposed wood.

The other involves taking materials like wallpaper from old houses and turning them into decorations as a way of preserving a property’s history.

“On one of the houses we redid, there was kind of a cool-looking wallpaper, but it wasn’t cool enough to keep it, so we did something decorative with it and framed it and gave it to the homebuyer, so we kind of try to, if there’s something interesting in that house, maybe take a piece of that…and use it in another house,” Lisa says.

In their latest project, that touch can be found in the vent above their stove, which features a repurposed piece of wood from the OJ Mire Store.

To Rod and Lisa, the opportunity to preserve old buildings in a town so close to their hearts means the world. Watching the progress of their latest renovation has been a joy to them and has also resonated with the community around them.

“It went from being an ugly duckling to a swan. It’s a focal point now. People love it…It’s just nice to see a town that cares about the way it looks, and we like to be a part of that,” Rod says.

The duo doesn’t plan on stopping their preservation efforts any time soon, as Rod always has his eyes set on a new building to save – and he’ll do whatever it takes to make his vision a reality.

“He writes letters, he knocks on doors, he calls people. He loves it,” Lisa says.

“I’m nice about it. I don’t rag anybody,” Rod laughs. “It’s not to buy it because you want it over anybody else. It’s just to save it.” POV

Enjoy a guided tour with Rod and Lisa at povhouma.com. 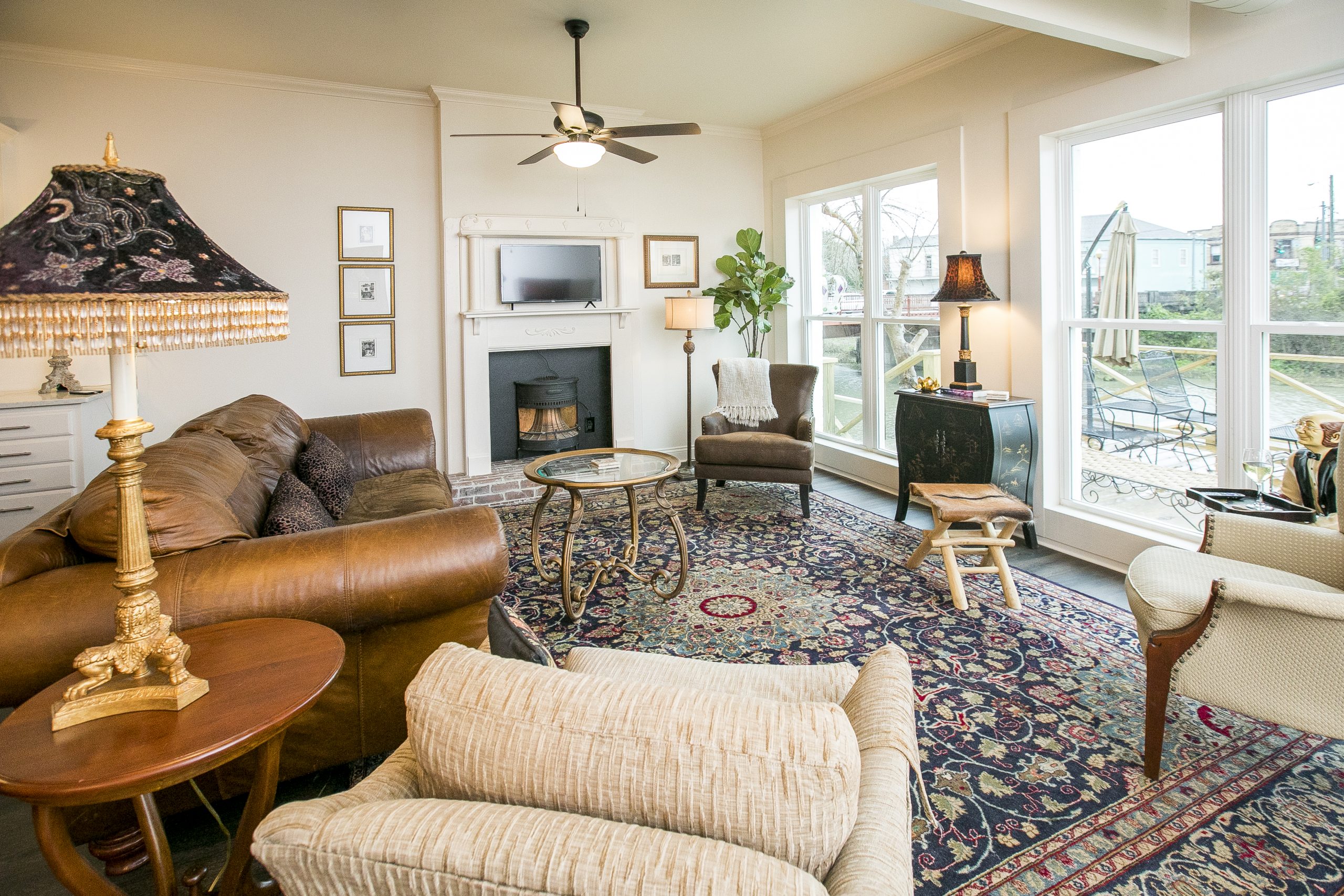 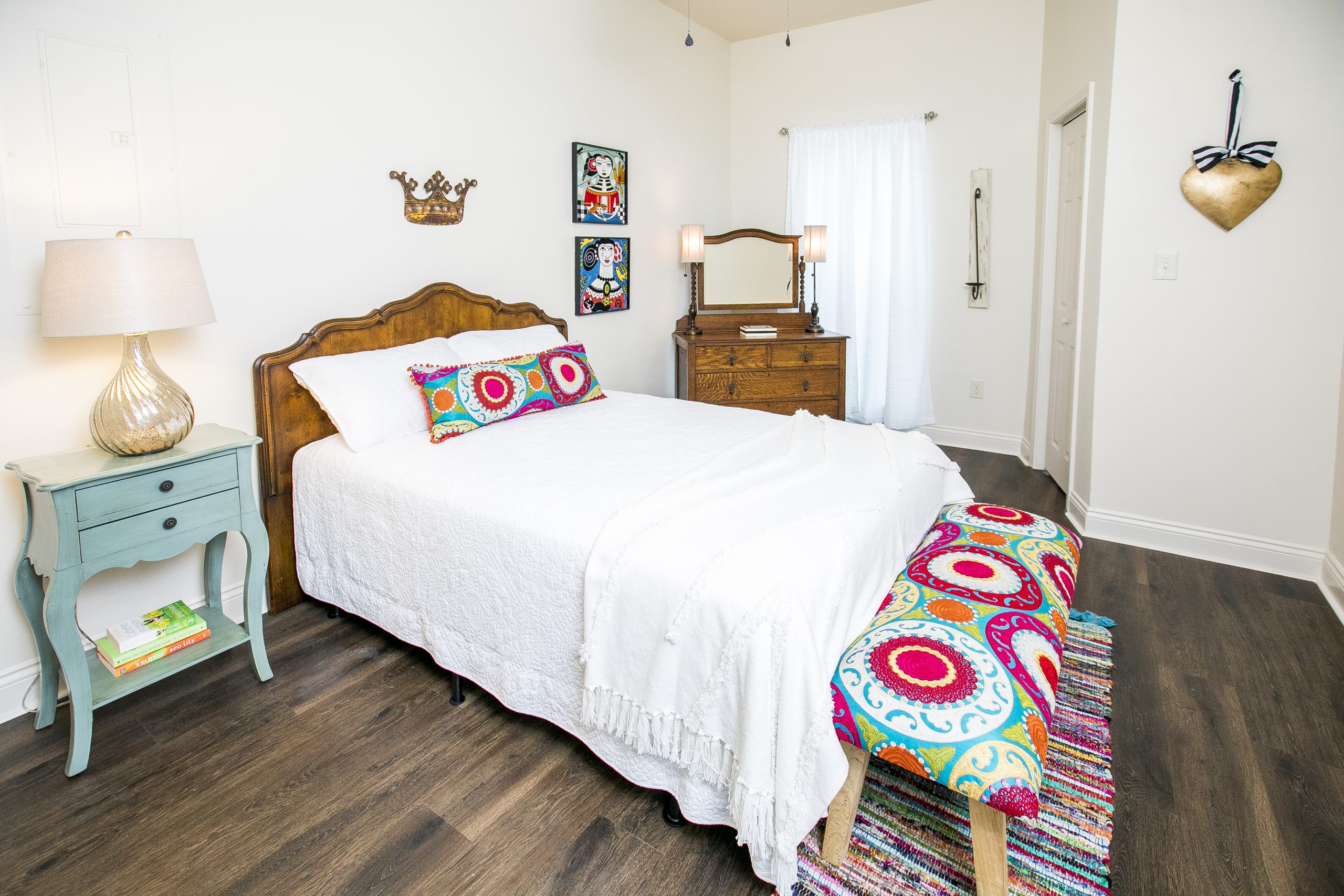 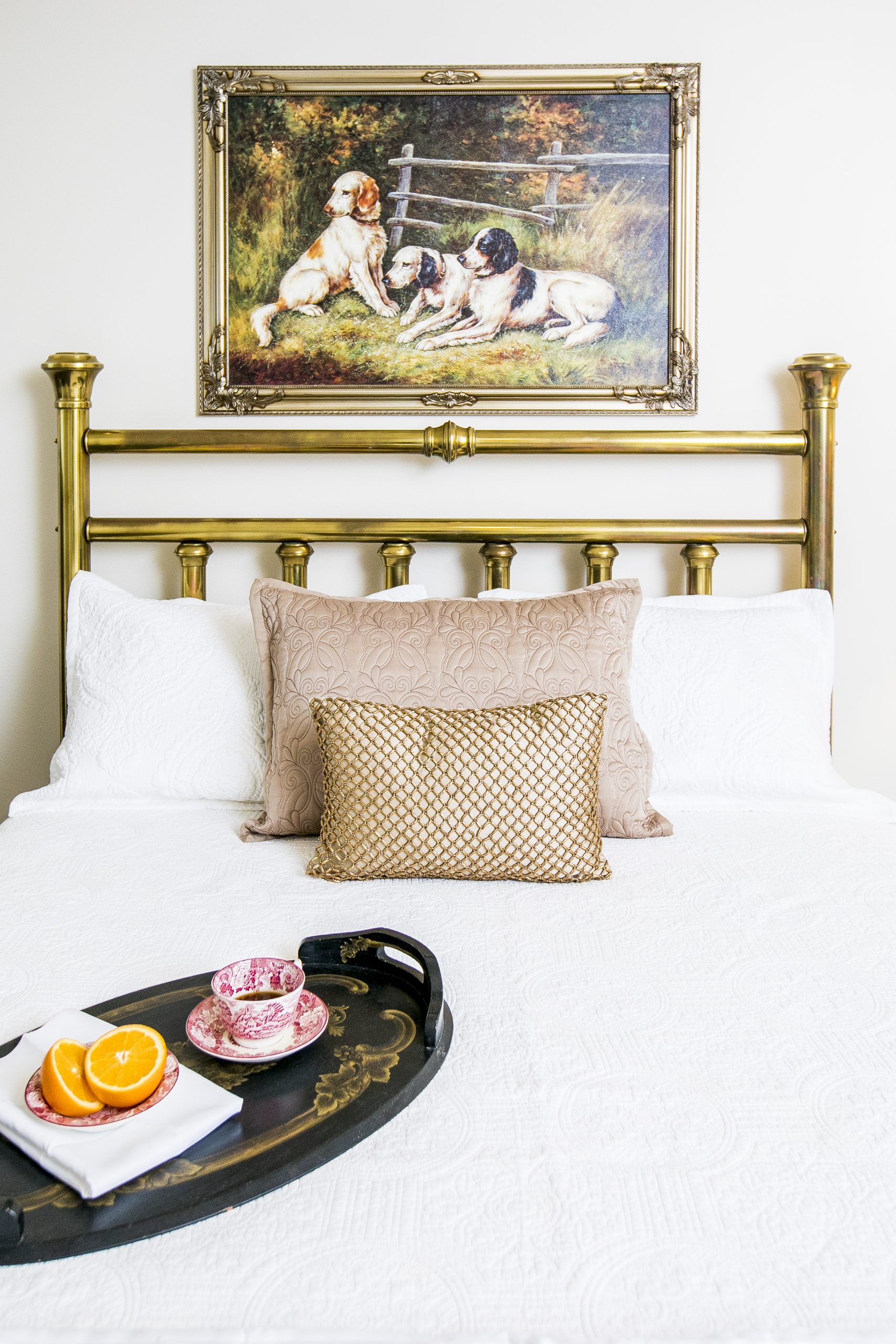 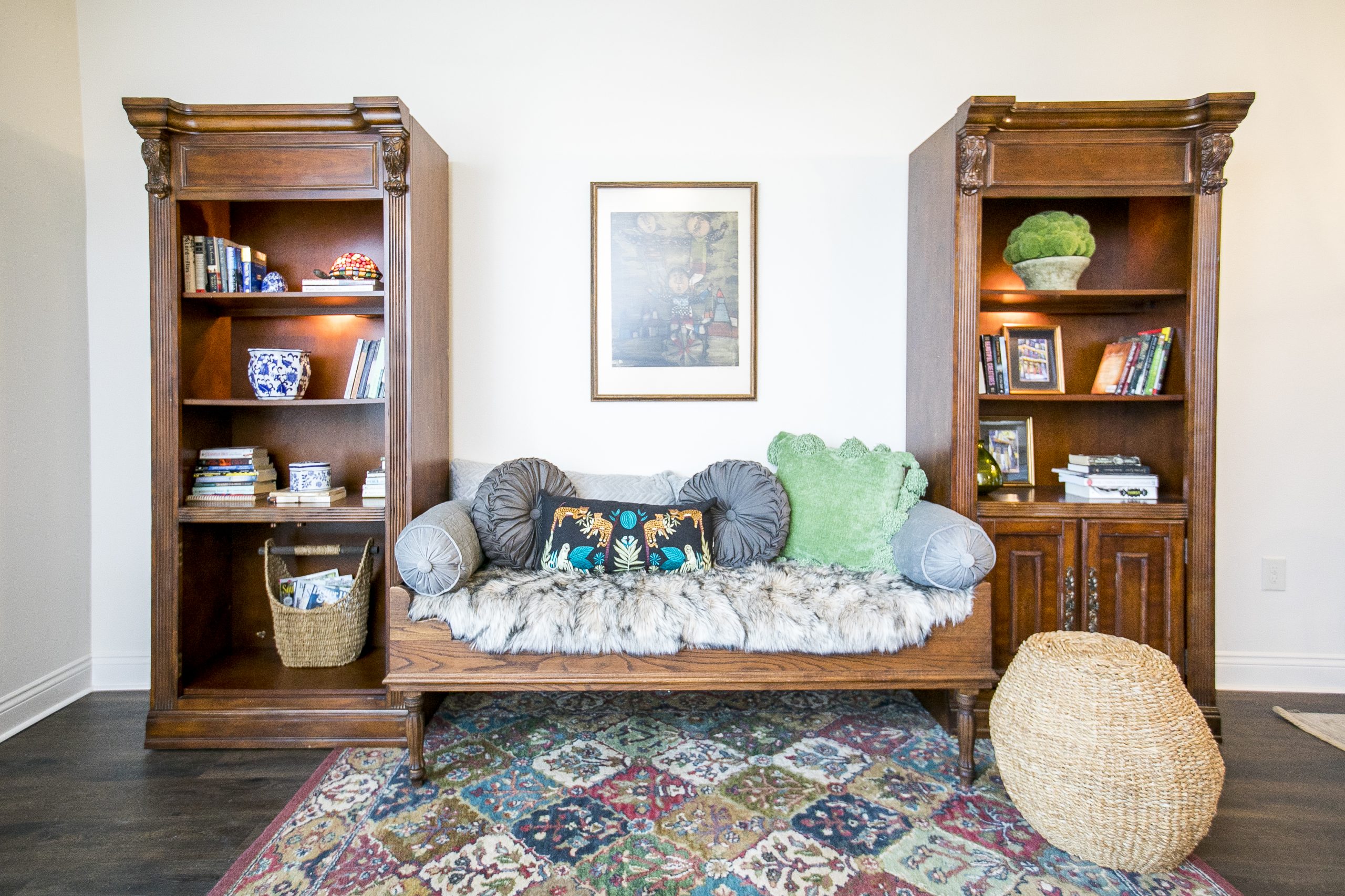 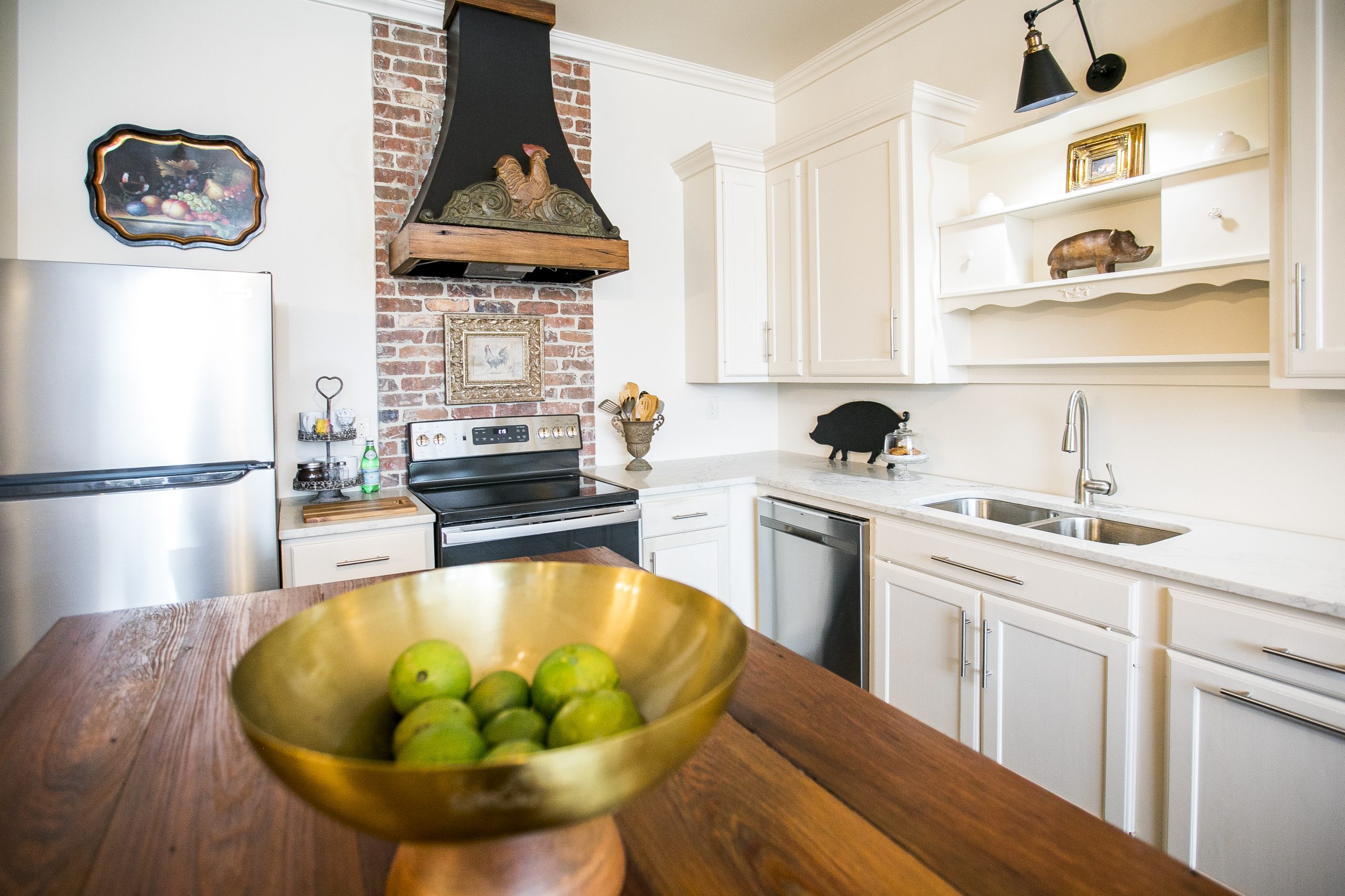 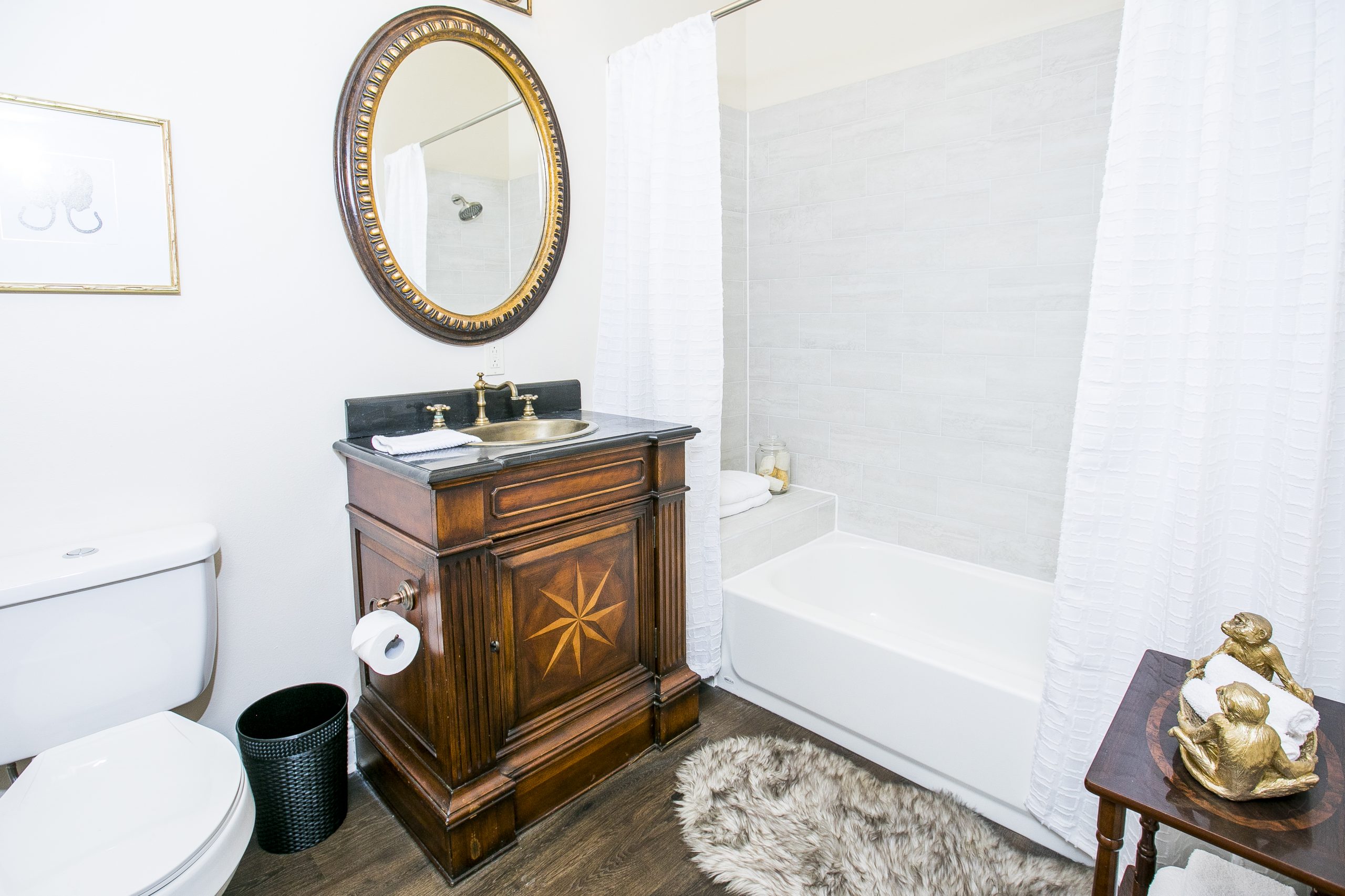 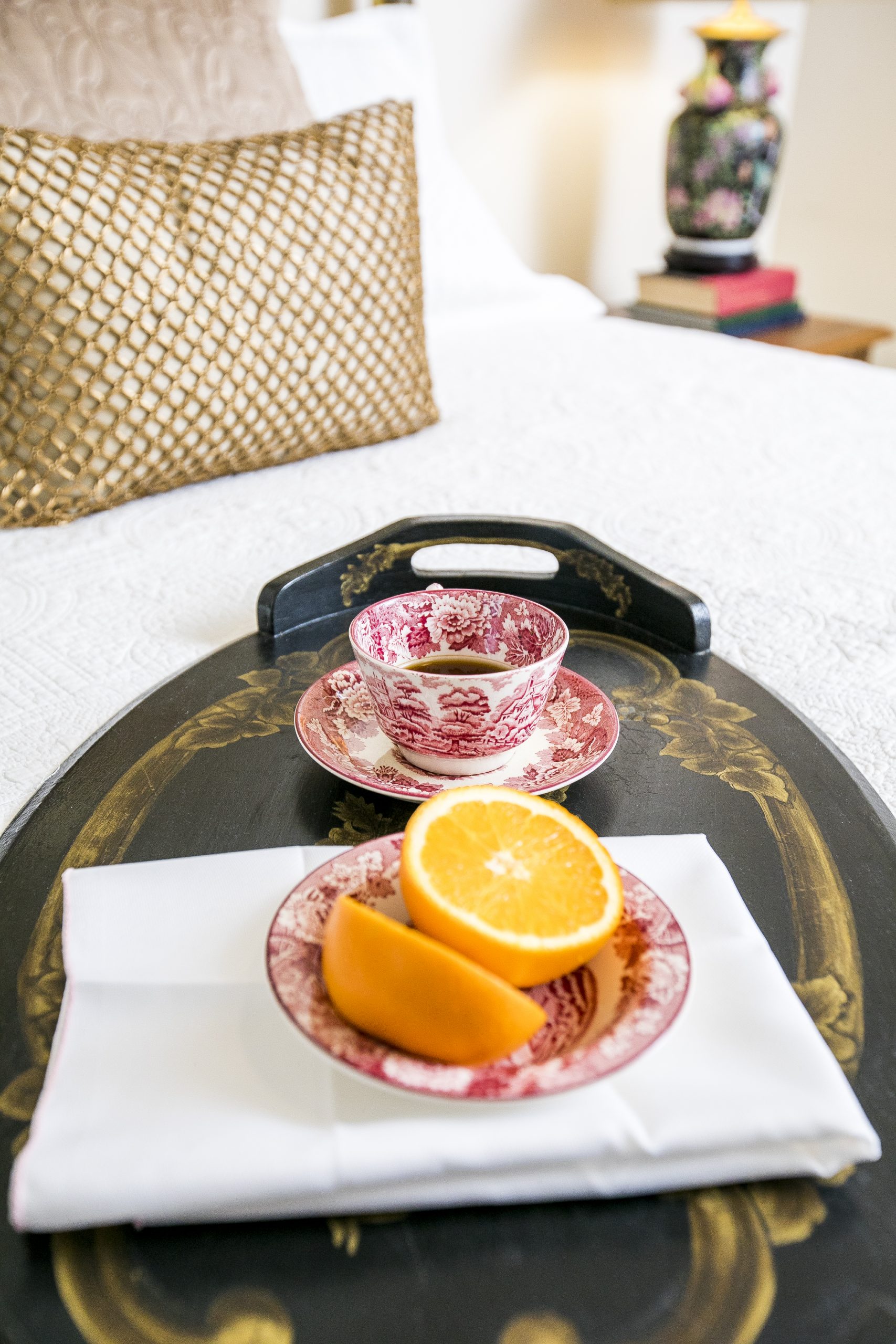 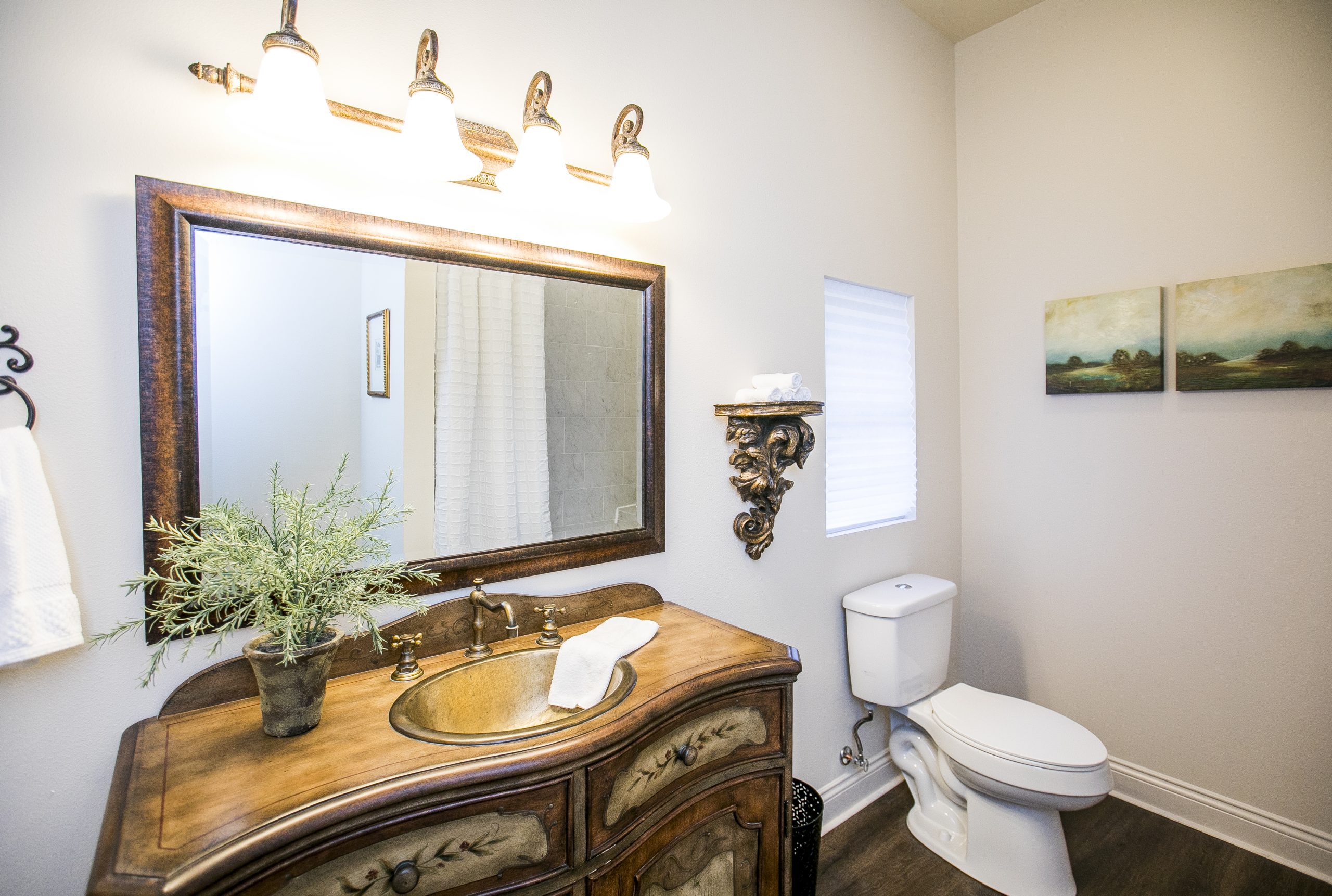 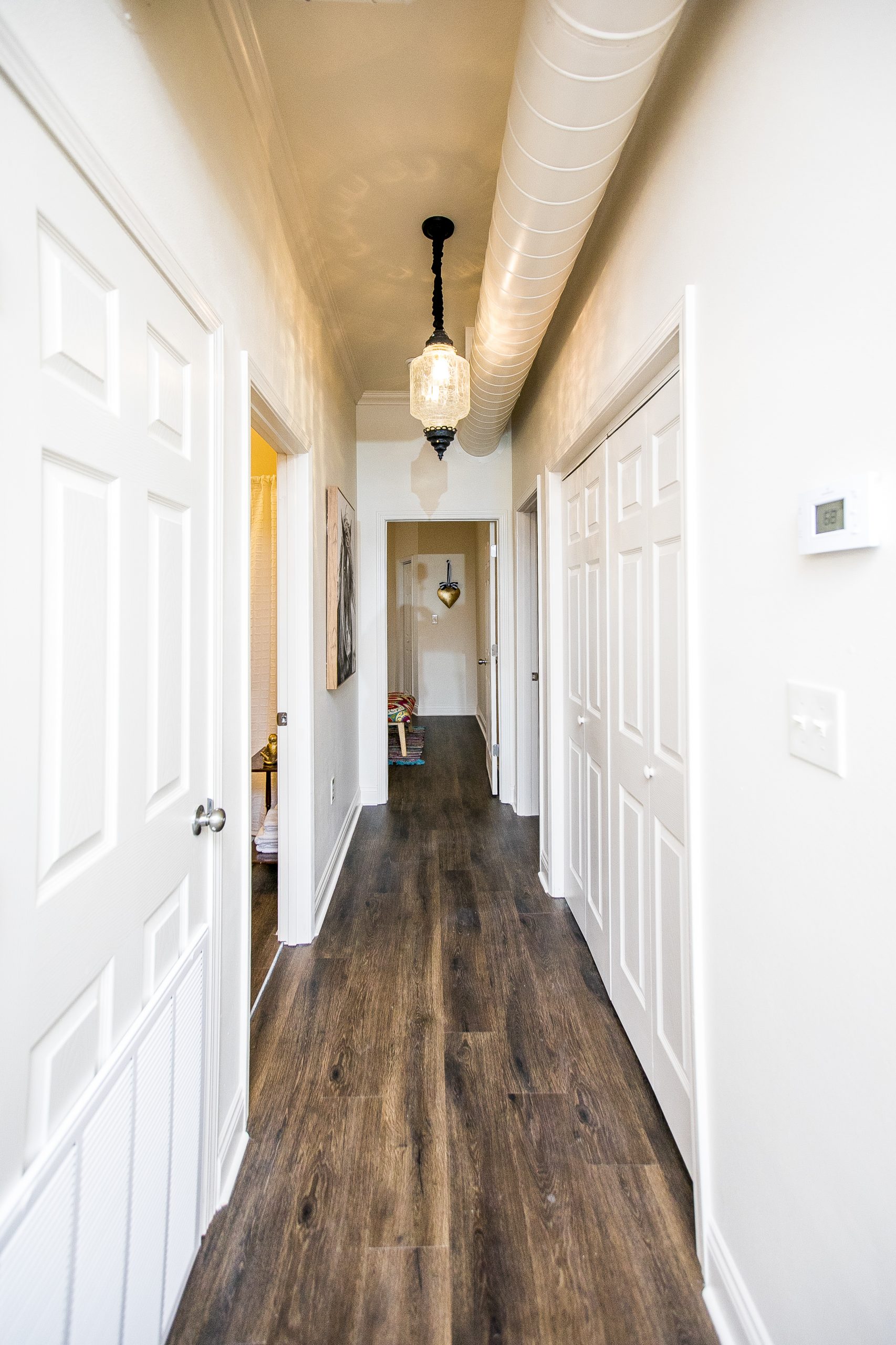