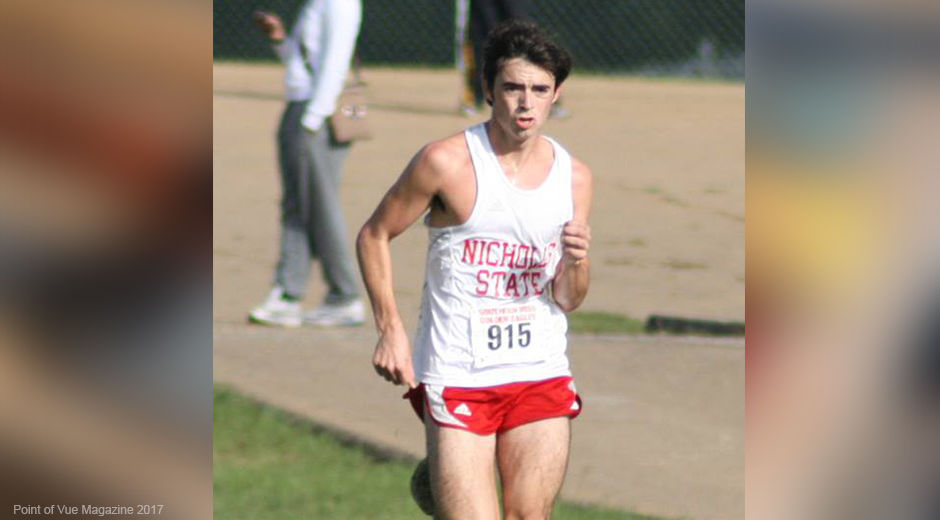 About 10 years ago at a cross country meet in Assumption Parish, a Vandebilt Catholic High School student crossed the finish line first, giving his team the lead; however, it was his actions after that carried the most weight with not only his teammates but all who witnessed it. Instead of basking in the glory of coming in first, the young athlete pushed through his own fatigue and went back to run with each of his teammates as they completed the race. That’s just the person he was—always eager to help and be there for others, even though he faced his own adversities. Ultimately, there was one race he couldn’t personally finish, but he was able to pass the baton to his family—who are running for him every day by continuing his legacy of kindness, charity, perseverance and hope.

Even in his adolescent years, Houma native Ross Mullooly was always a thoughtful and determined individual. He participated in multiple sports including swimming and cross country as well as being a member of Vandebilt’s Key Club, which allowed him to volunteer a numerous amount of hours to his community—all of this while upholding top academic standards.

“He wasn’t your average kid. Ross liked to push himself; he was ultra-competitive. I guess that’s why he adored sports,” says James Mullooly, Ross’ father. “He was very competitive, but he was a good-natured kid. He volunteered for everything.”

Ross’ competitive nature led him to win two individual swimming state titles at a meet his junior year, less than 24 hours after he finished a cross-country race. His love of volunteering saw him work for Habitat for Humanity every summer after he started driving.

During his senior year, Ross had an up-and-down season in athletics. Unbeknownst to the Mullooly family, it was caused by the early effects of his rectal cancer—even though they took him to doctors who could not determine where his sudden lethargy was coming from. It wasn’t until a cross country meet at college that they found out it was something truly life-altering.

Although he received many scholarship offers from multiple universities, his love of the community here made him choose Nicholls State University. He looked to get involved in the university by joining a fraternity and of course, running for the cross country team.

During his sophomore year, the effects of his cancer really started to take hold. Ross lost 16 pounds in six weeks. His production in cross country also continued to deteriorate. He did numerous blood tests that kept coming back normal. Wanting to keep competing, he kept training through his pain and weight loss to be in shape for another meet down the road.

“Five weeks down the line, they [coaching staff] decided to let him run, and it was the first run Ross never finished,” James shares. “We lost track of him after a mile…couldn’t find him. We went back to the team area, and he was laying down with a towel over his head…He told me he was cramping and said he went to the bathroom—it was all blood.”

After receiving a colonoscopy a few days after the incident, Ross was officially diagnosed with rectal cancer at the age of 19—which is extremely rare for men under the age of 45. But the disease didn’t alter his passion and determination.

Ross kept running, even though he was going through strenuous radiation treatments. Even after his first surgery brought on complications that forced his weight to drop down to 85 pounds, he kept fighting to get better and was able to be declared cancer free…but the fight wasn’t over.

The Mullooly family was in another state of shock when doctors told them the cancer had come back, and this time it was metastatic.

Unfortunately, while truly giving it his all like everything else he did, Ross lost his life while battling the disease at 21 years old on April 21, 2013.

Although his physical body succumbed to the illness, his spirit and goodwill lives on today through his family and charity Ross started, The Ross Mullooly Project, Outrunning Cancer.

The organization’s origin traces back to when Ross was hospitalized while receiving his treatments. Because he was traveling to and receiving treatments at Ochsner Medical Center so frequently (totaling nearly 400 hospital days before his passing), he was eligible to stay at the American Cancer Society Patrick F. Taylor Hope Lodge in New Orleans—the free facility that provides guest rooms, meals, laundry rooms and supplies, television and computer access and much more for nearby cancer patients going through treatments and their caregivers.

While having the tough time grappling with his own illness, he still made sure to have a positive impact on other patients at the facility—making them smile with his big personality. He also set out to help the facility itself, rebuilding their kitchen, when he started his charity. He then commenced the inaugural Ross Mullooly Project, Outrunning Cancer 5K and Fun Run, which he was fortunately able to attend before his passing.

“I think that’s what kept Ross with us as long as he was with us because he was determined to help,” Monica says.

Today, Monica, who was recently honored by the American Cancer Society at their Belles and Beaus Gala in New Orleans for the charity’s efforts with raising money for the Hope Lodge, runs the Ross Mullooly Project and, of course, is supported by James, their daughter Leila Mullooly Miller, and various other members of the community here in the Bayou Region. The organization has been able to raise over $100,000 for the Hope Lodge, individual cancer patients in need and other cancer charities.

“People always say ‘One person can’t make a difference,’” James expresses. “If you knew the number of lives that were touched through this…It’s incredible and humbling.”

This year’s Outrunning Cancer 5K event will feature not only the 5K race but also food, raffles, live music, a Kid’s Zone and more, on Saturday, December 8. For more information on the event and learn how to get involved with the project, please visit The Ross Mullooly Project’s official Facebook page. POV 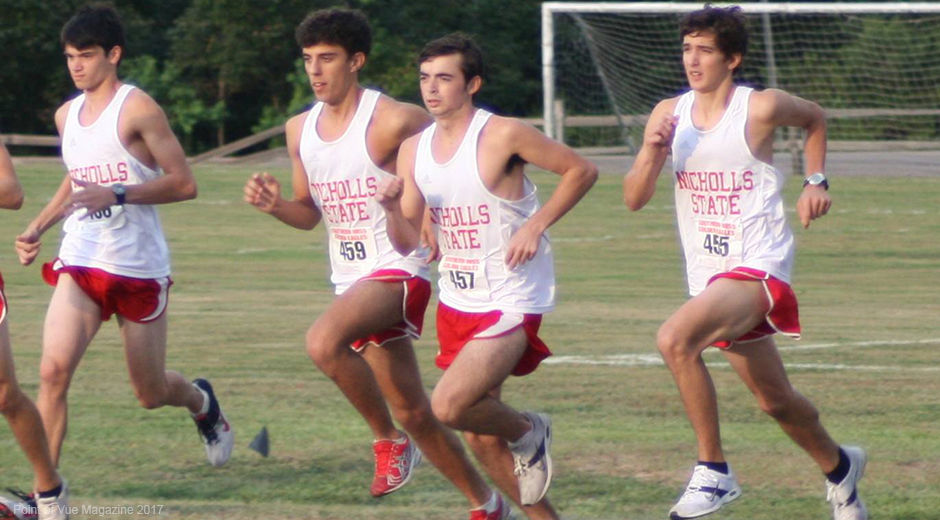 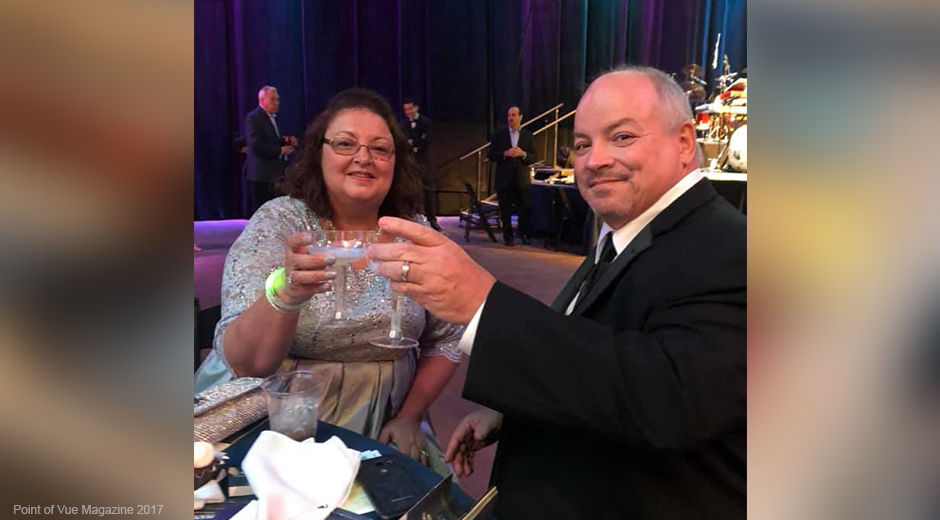 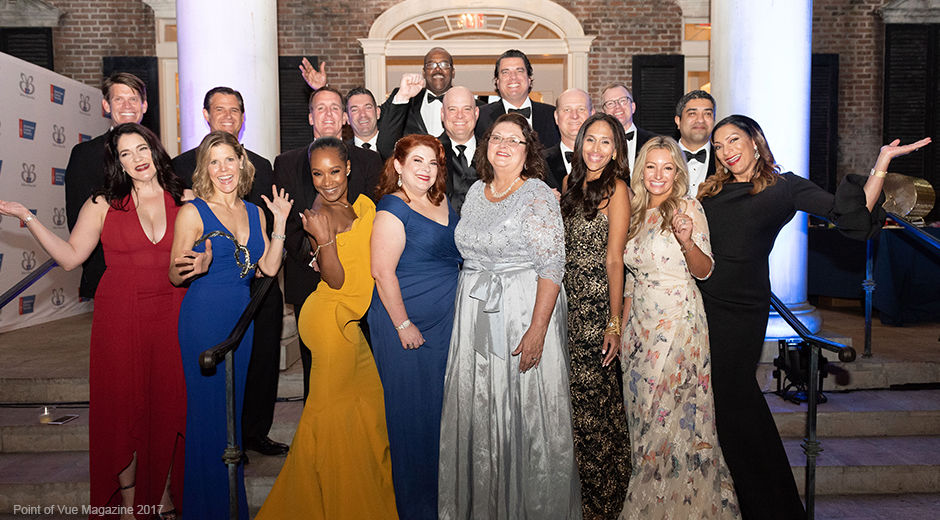