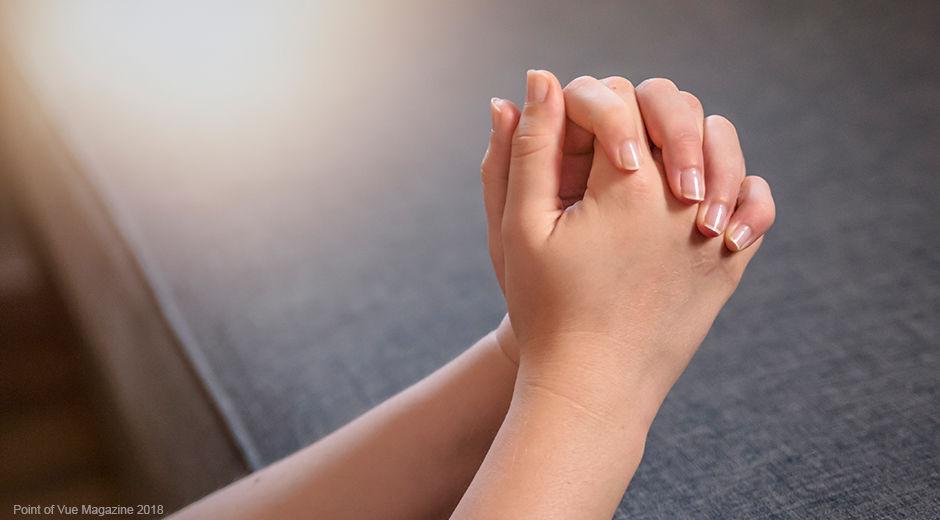 When you’re praying that all your prayers come true, that’s when you know it’s been a good prayer. That’s how the youngest of our crew ended her prayer the other night. “And God, please say yes to all the things we have asked for. We know we asked for a lot, but do them all, not just one. Amen.”

I peeked at her, with one eye open, the other eye still shut. I laughed a little, but then found myself thinking that it’s kind of the way I end my prayers, too. My amen is a silent plea for God to please do all the things I’ve asked.

It made me think about my kids’ requests to me. It’s been a personal mission for the husband and I to “say more yes’s than no’s.” It’s easier said than done. He reminds me when I forget. Like the other night, one of the last lingering nights of summer, and I wanted all of them to bed.

But I was tired, and I wanted bedtimes and silence and rest. But we watched a late-night movie instead. (And yes, anything after 9:30 qualifies as late-night in my early-to-bed book.)

Even with the efforts to tell them lots of yes’s, to not simply allow an easy “no” to slip through my lips, I still say no lots of times. No, you may not eat ice cream for breakfast. No, you may not have a friend over every single night of the summer. No, you may not hit your brother because he hit you.

The yes’s are because I love them, too. Yes, we can go ride bikes around the neighborhood. Yes, I’ll cook tacos again tonight. Yes, I’ll watch your backflip off the side of the pool even though I’m pretty sure it’s giving me early onset heart failure.

I wanted to tell her that as she ended her prayer asking for all yes’s. He might say no, sweetheart. And that’s ok, too. Instead, I didn’t say anything. Their nighttime prayers ended, we rounded them all into their rooms, and the opportunity dissolved. I doubt she even remembers the prayer. If you’d ask her, she would probably not consider it remarkable or anything out of the ordinary.

What if I blew her mind with a yes every single time?

I almost think she would start longing for a no. She would want me to say no to something, to outline a boundary that she shouldn’t cross, to give her direction. A no guides, and a yes permits. A no tells me it’s not for my best interest when it’s given by someone who loves me. When I tell my kids no, it’s usually because it’s not good for them.

So when the God we pray to says no, can we assume it’s because he sees what we cannot?

I know there’s a lot of questions by many who feel they’ve been told constant no’s by God. This isn’t an area many people want to delve into, and we have asked God for a lot of personal yes’s, lately. A no feels like it would crush my soul, if I’m honest. The constant refrain of my prayer sounds a lot like “God I know I ask for a lot, but this thing, please say yes.”

But for me, I’m like the girl who wanted all the yes’s. But I’m also a mom who knows that when a no is spoken, it’s out of love.

So this month, when we are waiting, I’ll keep asking for a yes. But if it’s a no, I’ll trust that His love carries me when my soul feels undone.