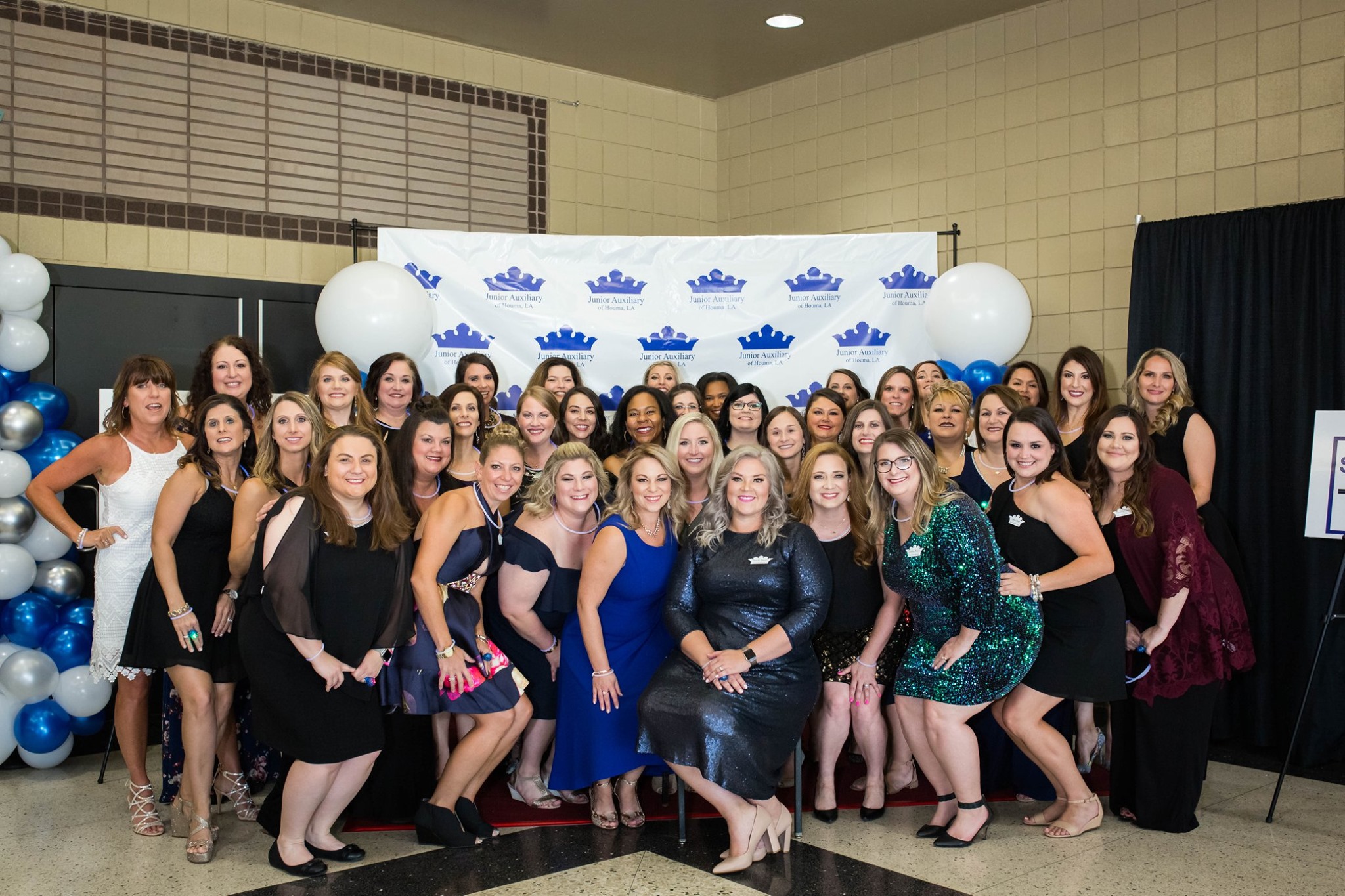 St. Teresa of Calcutta, most famously known as Mother Teresa, lived a life characterized by service to the “poorest of the poor” and the most hopeless of humanity. Her service was radical to say the least. She lived among and served the most impoverished and sickest people in the slums of Calcutta, reaching out to them on a personal level. She preached that loving those in need was the most valuable way of serving them.

“Let us not be satisfied with just giving money. Money is not enough. Money can be got, but they need your hearts to love them. So, spread your love everywhere you go,” she once said.

Mother Teresa’s radical life of service is one that seems nearly impossible to imitate, but that doesn’t mean that going out into a community and serving its poor and needy in a hands-on way is impossible. In fact, that type of service is taking place at the hands of a group of women right here in Houma.

Junior Auxiliary of Houma is a non-profit service-based organization comprised of women from the local community. It was founded in 1973 as a branch of the National Association of Junior Auxiliaries (NAJA). JA of Houma’s first president was Mrs. Glenny Lee Buquet.

Members of JA become involved with service projects and events that allow them to be actively involved in aiding needy people in the community in a hands-on way, with a main focus on child welfare. Locally, the group offers aid to the Haven, the Hooper Dorm, Louis Children’s Crisis Center and more local organizations and charities that support children in need. However, members welcome service to all kinds of organizations

“A community is only as strong as its weakest members, and if we help those people who are in most need of help, it only makes our community stronger and benefits the entire area…If we don’t recognize the needs that are there, we’re just not doing what we should be for those who need it,” Kellie Walters, JA vice president, says.

Membership in JA is centered on a five-year commitment. Women enter the organization as provisional members each November, and undergo six months of training to learn about the chapter and its projects. Once their training is complete, they become active members in May.

After five years of active membership, women can become associate members and remain involved however they choose. Even with a five-year commitment in place, members of JA don’t see their service as an obligation, but rather a privilege.

“We get to serve. It’s not a ‘we have to do this’ kind of thing. That makes a big difference,” JA President Natalie Falgout says. “It’s a privilege to be able to do this.”

While JA’s goal is to transform the lives of others, the women involved have found their own lives transformed in the process.

“I was very naive to what kids go through…You don’t realize what other people go through and how hard it is for those children, like going to the different homes, and just the different projects in the schools to see what they go without,” JA Treasurer Desiree Neal says.

Desiree became a member of JA three years ago and says that she quickly found herself “all in” with the organization’s mission. Though she was hesitant at first to join the board of directors, she now leads JA’s efforts with MacDonnell Children’s Services, a residential home that houses boys in need of a safe and nurturing living environment. JA hosts events such as birthday parties, crawfish boils and bowling parties for the home’s residents.

As someone who grew up with only brothers in a divorced home, Desiree made an easy connection with the boys at the MacDonnell home.

“When I first got there, I’m like, ‘Okay, these are kids that you don’t  know their story, whether they’re there because of them or because of their situation at home, and they have a chip on their shoulder.’ So coming from a divorced family with a chip on my own shoulder, I kind of understood,” Desiree says.

For Natalie, becoming a member of the board of directors, and eventually president, was a quick and unexpected move. When she took over, her dream for the organization was to see its members reach into the untapped potential of service projects in the community.

Each provisional class is required to develop and complete a project as part of their training. The 2019 provisional class hosted the first “Krewe of You,” a sensory-friendly Mardi Gras event complete with a quiet parade. This year’s provisional class is set to offer a workshop for women in need of employment but who may not have the resources to obtain a job. The workshop will help with aspects such as résumé creation and proper clothing for interviews.

“That’s why [JA] is set up the way it is with the five-year commitment and new classes every year because you don’t ever want to be doing the same thing every single year and not branching out and finding other needs in the community,” Natalie says.

Currently in her third year as a member of JA, Kellie found herself as a co-chair of one of the organization’s largest events.

The organization’s primary fundraiser, “Dancing with the Stars” is an annual event that pairs local “celebrities” with professional dancers in a dance competition. The night is complete with a silent auction, food and cocktails.

“It’s a huge undertaking to plan an event like that; however, our members are a huge part of that, and we break them up into committees…Our committees help to lead the entire event as well, so we have really been able to streamline the process with the help of our other members,” Kellie says.

Kellie says that being a part of JA has been “wholeheartedly rewarding” and has changed her life, as it opened her to a new level of service.

“The volunteering that I had done in the past throughout my life has been kind of, what I would consider, on the surface level, and Junior Auxiliary brings it on a deeper level,” Kellie says. “[It] brings us into the parts of the community that I don’t think people really realize exist or think about.”

Members of JA see a bright future for the Houma chapter. The organization is set to nearly double in size when the current provisional group becomes active members in May. For Natalie, growth means new ideas and new ways to serve the community.

At the end of the day, we can’t all be Mother Teresa, but there are ways to imitate her actions toward those around us. The women of JA are setting that example every day. POV 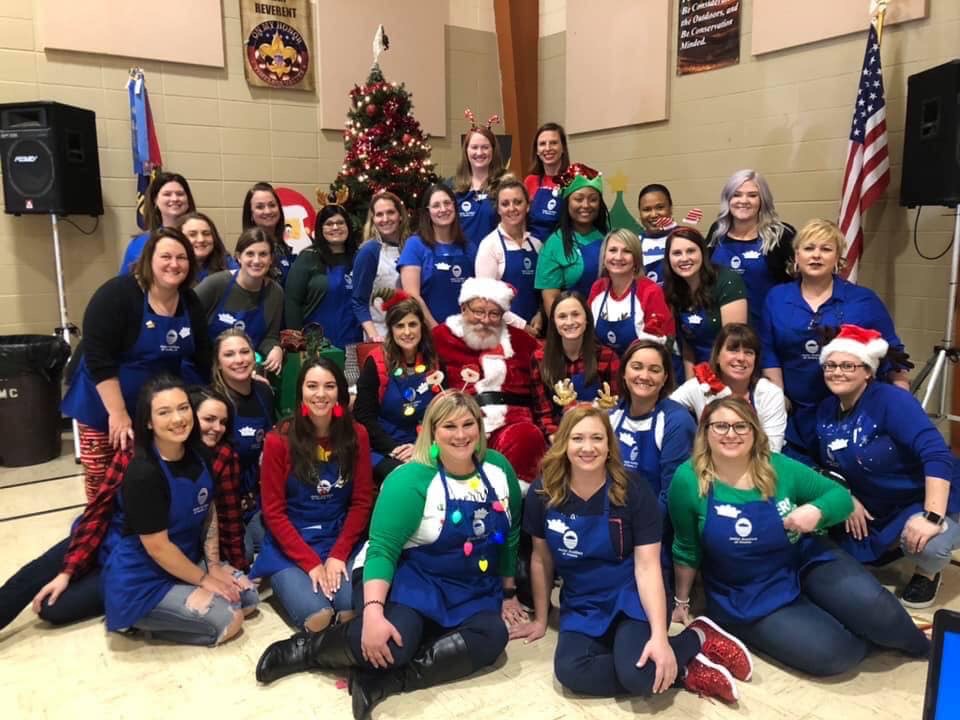 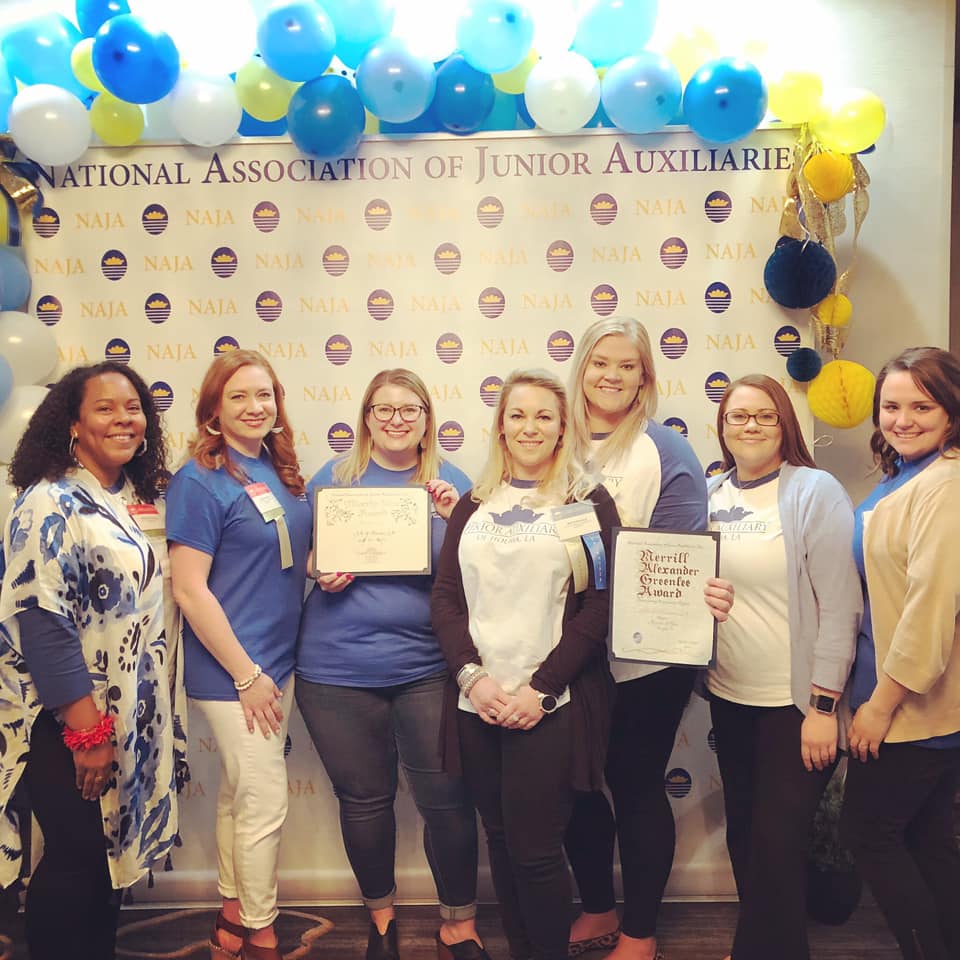