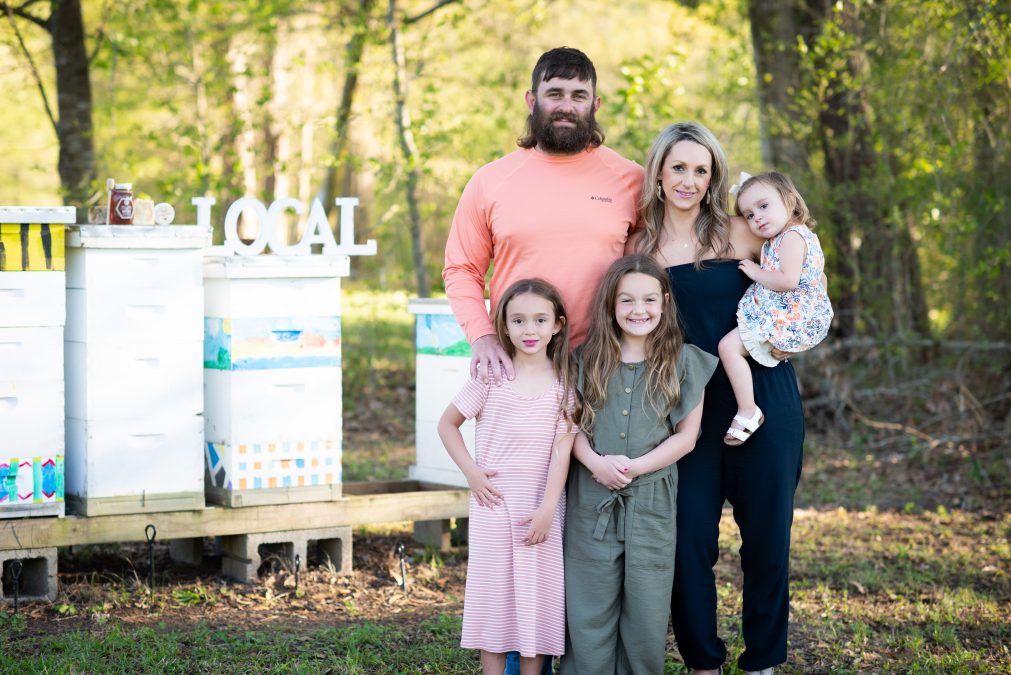 When Alicia and William Johnston decided to take up beekeeping as a hobby five years ago, the husband and wife duo could hardly have predicted that their venture would turn into both a beloved local business and a chance to connect with the community around them.

“It’s been a very humbling experience. We just can’t believe how quickly it grew. I mean, it was just kind of like a little side hobby,” Alicia says.

Named after one of the couple’s three daughters, Averie’s Apiary has become a retailer of both raw, unfiltered honey, in addition to a unique variety of beeswax-based soaps, lip balms, beard balms, food wraps and more. Its products are sold on the company’s website, as well as through local businesses in Houma, Thibodaux and Raceland like Deep South Oil and Vinegar, 4L Mercantile, Sprinkles N Spice, C’est Bon Cafe, Three Stitches and Handbrushed Charm from Amber.

Though Averie’s Apiary was founded in 2016, the Johnstons’ appreciation for honey and its health benefits date back to 2009, when the Schriever natives moved back home to Louisiana from North Carolina following William’s service in the Marine Corps.

After the move, William began to suffer from bad allergy problems that required prescription allergy medication and the use of an inhaler. His mom, he says, convinced him to buy a jar of honey and consume one teaspoon a day as a remedy. Within two to three months, William was free of his allergies.

“We started buying honey and eating honey religiously,” William says. “At the time, [Alicia] had started her Ellie Aubrie Boutique, and we had some free time and started tossing some ideas around, and I didn’t really have a hobby, so I pitched the idea one day of…getting some bees and seeing if we liked it, and we did.”

Alicia says the Johnstons began by giving jars of honey to friends and family, but once they became “obsessed” with the process, they decided to turn it into a business.

William says that Averie’s Apiary operates without much of a business plan, instead developing its products based on requests from the community. The couple ultimately researches how to make a requested product and develops it using the cleanest, most local materials possible.

Of the variety of products the Johnstons have created at the request of customers, their favorites are a high-demand hot honey and jalapeño honey that they produce on a limited basis.

“We love to get pictures of what [customers] figured out to put it on, anywhere from ice cream to tossing their wings in it, and that’s been probably the biggest hit, and if we could make enough honey to just make those two, we would probably be set with just those,” Alicia says.

Developing products based on customer requests is just the beginning of Averie’s Apiary’s push for community involvement, though.

For a start, the couple provided members of the community with free boxes and painting supplies to allow them to decorate what would ultimately house the hives used to produce Averie’s Apiary’s products.

The couple hopes that their business will offer education that helps people to become less afraid of bees and more aware of the valuable impact that they have on the environment.

“We know everybody isn’t crazy about bees. Not everybody wants bees, and people are scared of them, so we just really love being able to introduce people to that…and just how important bees are for food and for nature and all those good things,” Alicia says.

Given their firsthand experience with the health benefits of honey, the Johnstons are also committed to ensuring that their honey remains untreated and free from chemicals. William says that their goal is to provide the most natural products by the least-invasive means possible.

“We just like to keep those chemicals out of there…We don’t believe that we need to add different chemicals and things to that honey that we’re going to eat and ingest…Those types of things are important to us and family and to get that out to the community,” Alicia says.

The Johnstons produce all of their products from their home, Alicia says. Once they extract honey from the beehives, they spin it through a centrifuge and run it through a sieve to remove chunks of wax and pollen out before bottling it for retail.

The duo behind Averie’s Apiary is grateful for the growing support they’ve received from both the community and local businesses since its inception in 2016, as well as for the opportunity to offer their support in return. Just last year at Southdown Marketplace, Alicia says, the couple brought 48 jars of honey and sold out by 10:00 in the morning.

“It’s just awesome to be able to be in the community, be at these local stores, see the community fall in love with honey and beekeeping,” Alicia says.

The Johnstons also welcome the opportunity to have their three small daughters as involved with Averie’s Apiary as possible. William says the girls help with behind-the-scenes work like painting boxes and packing products for retail, but Alicia says that they aren’t fond of beekeeping yet.

“They’re not into the beekeeping just yet,” Alicia laughs. “We have some suits on order for them, so hopefully…we’ll try to get them to fall in love with it like we have.”

As Averie’s Apiary continues to grow and welcome new ideas, their mission of helping the community to develop a better appreciation for bees, beekeeping and honey remains unwavering – and they would advise anyone who’s interested in the beekeeping process to give it a chance.

“We would encourage everybody to get into beekeeping. We need it. They’re our pollinators,” William says. POV 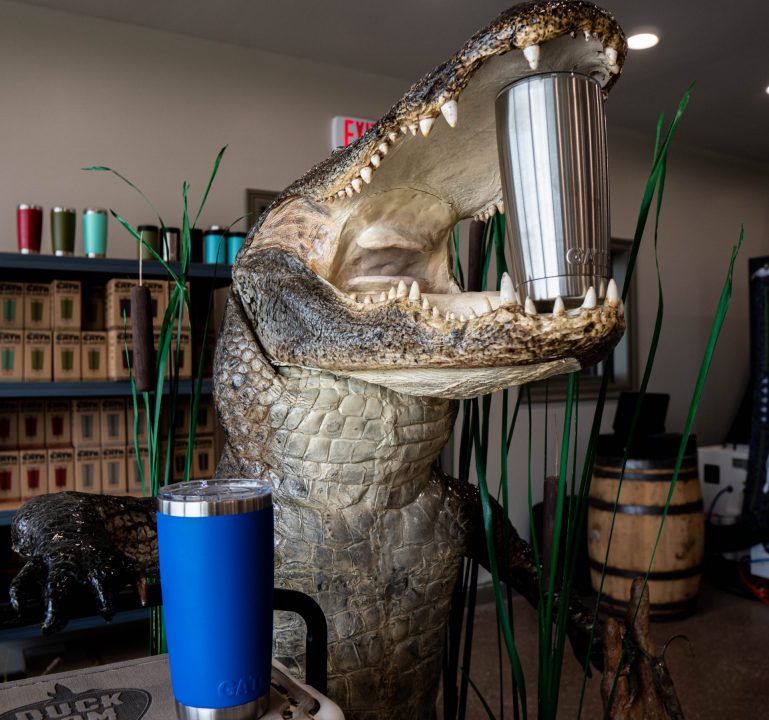