Grow your own cut flower garden 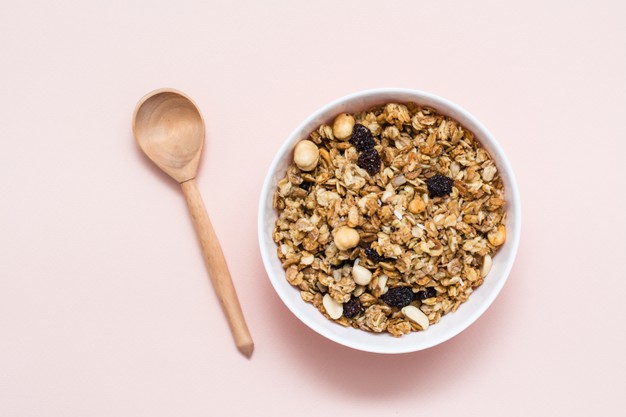 One of the odd consequences of the pandemic is changes in consumer behavior. Just like the effect of hurricanes here in PoV country, supermarkets and superstores suffer shortages of specific items that we anticipate needing simply because we buy so much of them. For impending hurricanes, such items might be drinking water or batteries or potted meat. Interestingly, at the beginning of the pandemic in the U.S. about a year ago, it was bathroom tissue. Suppliers may send extra water or batteries or potted meat to the Gulf South during hurricane season, but apparently the pandemic caught warehouse and logistics managers, particularly in the tissue business, off-guard. Compounding the shortages was the need to assure the safety of factory employees who often worked close to one another during manufacturing. Shortages like single-serve ketchup pouches (due to eating out), flour and yeast (due to eating in), chlorine (due to trying to swim away), and gardening supplies (due to trying to dig away) were all consequences of stay-at-homing and quarantining. But Grape-Nuts? Really?

It was way back in the spring of 1897. Winter melts in the Midwest engorged the Mississippi River and then Bayou Lafourche. The bayou breached its string of homemade levees at Lafourche Crossing, Lockport, and Cut Off, threatening to flood marshes to the west and flow into the streets of Houma and lowlands of Terrebonne Parish. Officials and businessmen of the two future PoV parishes bemoaned and debated their helpless situation, arguing for damming the bayou, slowing its flow with a series of weirs, or at the very least seeking a stronger construction material for rebuilding levees. And then, suddenly, Grape-Nuts appeared on the market.

No, Grape-Nuts was never used in levee construction (as far as I know). Its first appearance on grocer’s shelves in the same flood-prone year of the late 19th century is just coincidence. But the food product (some say cereal) is widely known to hold its crunch in milk, and so it may resist getting soggy in flood water as well. Perhaps it was best for our ancestors that those engineering experiments were superseded by damming the bayou at Donaldsonville beginning in 1903.

Nonetheless, Grape-Nuts was no stranger to winter, water, and other crunch challenges. In 1933, Richard E. Byrd took Grape-Nuts on his famous Antarctic expedition. During World War II, Grape-Nuts became jungle rations for American troops. In 1953, Edmund Hillary took Grape-Nuts to the peak of Mount Everest—the summit of the Earth. In 1969, Grape-Nuts nearly made it to the Moon aboard Apollo 11, but NASA, fearing confusion between astronaut rations and tiny moon rocks, made the last-minute decision to keep the food off the command and lunar landing modules. And in the 1970s, wild food expert Euell Gibbons became the Grape-Nuts television spokesperson, taking time to enjoy a bowl or two between meals of pine tree parts and the Grape-Nuts carton itself. For over a century, Grape-Nuts was an American sensation.

Which made its disappearance in the midst of the pandemic so regrettable to many people who needed the flavor of familiarity in their lives (and mouths). Its manufacturer, Post Consumer Brands, blamed the shortage on the food’s complicated formulation process. I find this a suspicious claim since the product contains only four ingredients—whole grain wheat flour, malted barley flour, salt, and dried yeast. (That’s right:  There’s neither grape parts nor nuts of any kind in the formula). On the other hand, Cap’n Crunch (original flavor) stayed on the market continuously over the past year, and it’s made of six ingredients, twice as much sugar, two food colorings, and the preservative BHT! Some say instead that folks up north used up all the nation’s Grape-Nuts to de-ice roads during the harsh winter freezes earlier this year. Some say Grape-Nuts contains so much of the mineral iron that steel conglomerates in the northeast purchased all available stock to feed their blast furnaces. Others say it’s hoarded by smugglers and used as packing material to throw dogs off the trail. Whatever the reason, Americans took to social media over the past year to bemoan the absence of their beloved crunch-food. Breaking hearts, Mr. Post Consumer Brand, is not exactly “heart-healthy” as your carton claims!

Alas, just as with other aspects of modern life, the social media smear campaign worked, and now the shortage is over. Post announced earlier this Spring that manufacturing and shipping had returned to full capacity. And for the gift of your email address or cell phone number, they will enter you into a sweepstakes for a coupon worth $1.50 off your next Grape-Nuts purchase.

So, what lesson can we earn from nearly losing one of our favorite foods? Maybe this: Stop the panic buying and leave a little extra Grape Nuts for people who don’t live near levees. After all, they leave a little extra potted meat for us during storm seasons. Or at least someone does. POV