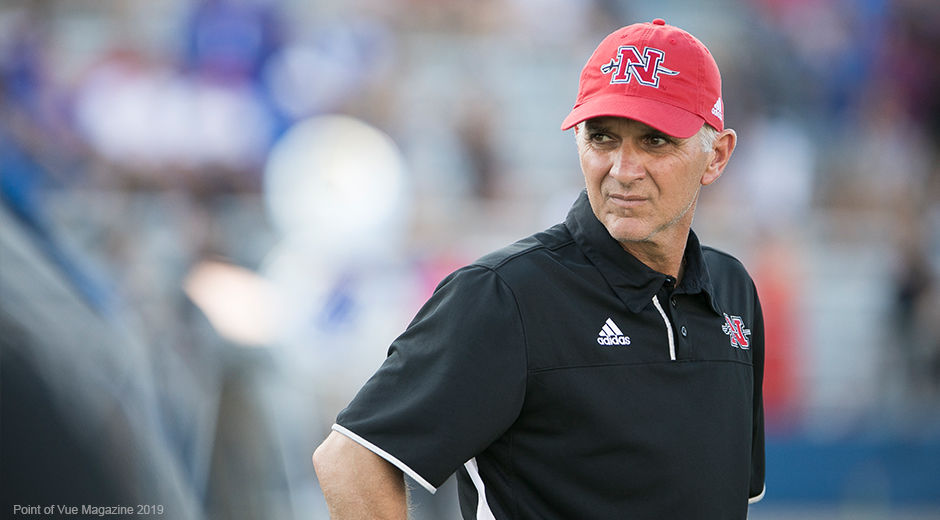 In the 2014 season, the Nicholls State University football team hit rock-bottom. The Colonels played and lost all 12 of their games in that season and the results mostly weren’t even close. Of the dozen defeats, every, single one was by 10 or more points. Five of the games were decided by 40 or more points. The roster lacked energy. The fan base was stale and apathetic.

Attendance to the Colonels’ season finale against Southeastern was 5,103. They were almost all Lions’ fans. In other home games earlier in the season, John L. Guidry Stadium was basically empty.

But then the energy changed — drastically and for the better.

On Nov. 21, 2014, the Colonels replaced its old coaching regime with new blood, hiring Tim Rebowe from his longtime post as an assistant at UL-Lafayette.

Flash forward four years into the present and one can hardly recognize the Colonels’ football program because a complete 180-degree turnaround has taken place.

Under Coach Rebowe, the Colonels have reversed roles, rising from the bottom of the standings to the top, winning the Southland Conference Championship this season and also a playoff game — another checkmark of progress for the coach, who maintains that he and his staff are still building for an even brighter future. The Colonels have also made the FCS Playoffs in two-straight seasons for the first time in school history.

Coach Rebowe said multiple times throughout the 2018 season that the turnaround is a team effort — a shared effort between he, his staff, Colonels’ players and Colonels’ supporters.

But he said it also was an expected result. On the day he was hired, he promised success to Nicholls — a vision that not many saw at the time, but that they all see today.

“We knew when we got here that it could be done,” Coach Rebowe said during the season. “This is a special place — a place I was very familiar with, certainly, as an assistant coach before and also a place that I’d seen growing up. It’s been a long process, but the kids here and the people here have been a huge part of it every step of the way.”

When Coach Rebowe took the job in Thibodaux, he said that he would recruit tirelessly to sell the program. Of course, he meant to prospective student-athletes first and foremost, but he also meant to the community, as well.

Since taking over, Coach Rebowe has spent every, single second of spare time he’s had trying to light a spark in the Nicholls’ Nation and they’ve repaid that energy with a renewed support for Colonels’ athletics.

The coach has played in local golf tournaments, hosted several fundraisers and has turned over every, single stone to try and show the Houma-Thibodaux area that he’s one with them.

Coach Rebowe even flipped burgers — literally. He worked the drive-thru window at the McDonald’s just off campus a couple mornings in an effort to promote the program to the students and community members who frequent the business.

“He’s everywhere,” said Thibodaux native Ross Williams, a self-described fan of the Colonels. “From the second he got on campus, he’s sold himself and the program and I think even if the boys wouldn’t be winning as much as they are now, he’d still have the support he has because he’s done so much to shine a spotlight on the fact that, yes, we do have a college football team here.”

He and his staff have blanketed Louisiana, as well.

When Coach Rebowe took the Nicholls job, he said he had a “two-hour rule,” which meant that he wanted his staff to recruit everything within 2 hours of driving distance from Thibodaux — in every, single direction.

When Coach Rebowe took the job, the Colonels’ roster was still Louisiana-heavy, yes. But the majority of local talent at that time picked Nicholls only as a means of last resort.

Today, that’s no longer the case.

The Colonels have signed countless top-flight local talent in a roster that is more than 90-percent based out of Louisiana.

Quarterback Chase Fourcade was the first prominent signee — a guy who’s started under center from his first day on campus. But other top-flight players have tagged along, as well, and the roster is now glistened with local talent.

The Colonels led the Southland Conference in players on the All-Southland team both in the preseason and postseason in 2018.

And Nicholls is now considered as a destination school for local players who lack the big-time offers around the country.

David Robinson, of Central Lafourche, signed with Nicholls in 2018. He was a true freshman last season who received his redshirt. He said during his recruitment that the change in the Colonels’ program is what inspired his decision.

“It’s not the same now as it was in the past,” David said. “Things have changed for the better.”

Coach Rebowe said the ultimate goal for the Colonels is to win the final game of the season — the FCS National Championship.

But no matter what happens from here, it’s clear: the Colonels have the right man for the job running its football program — now and into the future.

“I love it here,” Coach Rebowe said. “It’s great to be a Colonel.” POV 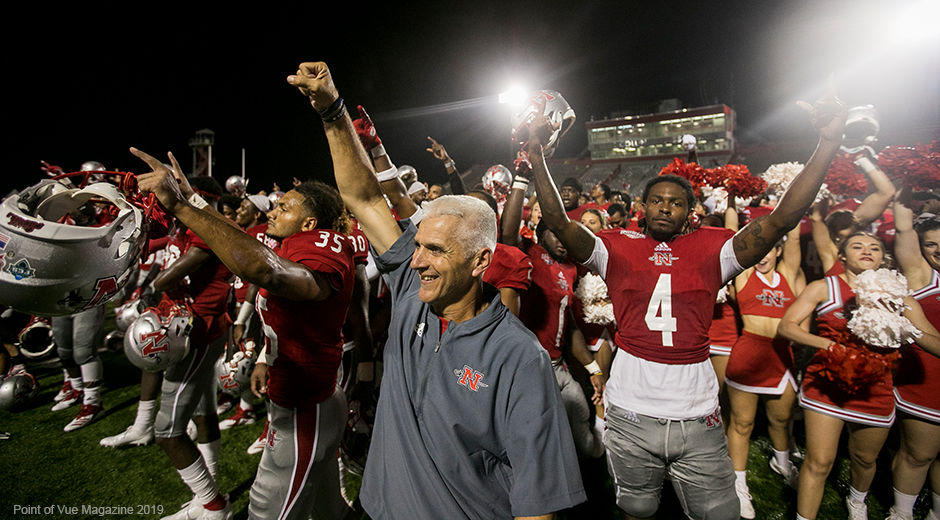 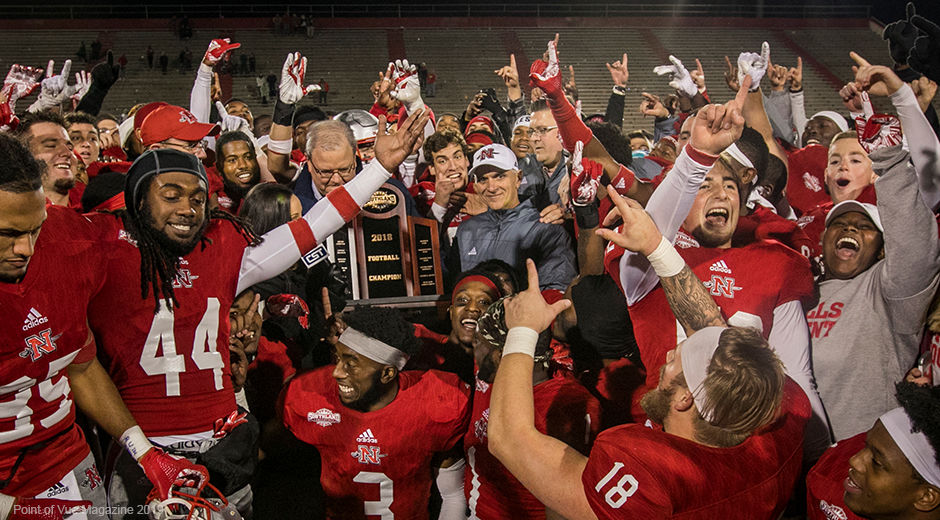