The Kids Are Going Back to School 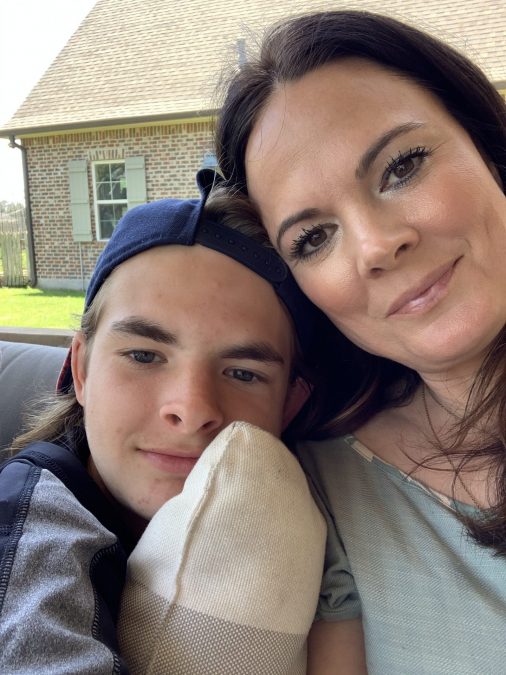 He sat next to me on the couch. Pressing close. Sitting still.

If I’m honest, it had been a while. He sat, and I savored. These moments are passing faster than I care to admit, and when he sat and stayed and leaned in close, my heart swelled. Everyone told me in the early years, “blink and you’ll miss it.” I kept blinking, hoping I could hurry it all along, because it all felt overwhelming.

So here I am, trying to hold close growing boys who have grown taller than me. Trying to capture moments that aren’t just flying. They’re disappearing.

Trying to raise them in a world where people keep saying things like “today’s world is just such a crazy place to raise kids.”

But this is their world. They’re my people.

So he sat close, and I even managed to take a picture to capture the moment. These days are the best days. But what if we called every day a best day? Every day a treasure? Because when they’re gone, they feel like lost treasures that can only be recaptured by remembering.

Seven years ago, I was writing for this same magazine. With the same boy sitting close. I said this all those years ago:

Even as I’m writing this, my seven-year-old has climbed on the couch, asking if he can “hit a letter” while I’m typing. I’ve ignored him twice, yet he’s squeezed closer, changing his question to “Can I type in a letter for you?” I haven’t responded.

He has pushed himself until I can barely move my left arm to type on my laptop because he is pressing so hard against me.

Which is sometimes what it feels like. All these people who call me mom press against me until I can barely move

And then I blinked and seven years passed. And I wish I would have savored more the seven-year-old pressed against me as I typed. Because now he’s 14. He thinks he’s ready for his own adventures. His own life. He’s still ours, but I can feel the restlessness of boy turning to man.

So in the pressing of this life, maybe they’ve reshaped me.

Because when the 14-year-old sat, I didn’t want him to leave. “Just sit and stay a while with me,” I thought.

He did, but it was over sooner than I wished. He went somewhere to do something. Had a plan that didn’t involve me. He’s grown, while I’ve aged. It’s been a reflective year and a half. A world with a pandemic has slowed us down and somehow sped us up all at once. It’s been different and hard and unexpected. And here we are again, with cases rising again even as I type. Mandates being put back in place. It’s tempting to want to rush through it all and hope I can blink and this, too, will be over.

Author Bob Goff says “What we’ve spent our time collecting might not be worth it.”

We recently spent our time collecting quartz pieces at one of those rock mining type places in Arkansas. Spent hours digging through red dirt, squealing over shiny pieces of quartz. Counting the “points” each piece had. Washing them off afterward, telling ourselves how proud we were of our treasures.

Those treasures are in a bag in our garage now. Not even a month later, and they’re forgotten, pushed in a corner, left to sit because where do you put dozens of pieces of quartz?

What am I spending my time collecting? Are my days an endless blur of activity or pressed tight moments on a couch with people I love? Am I collecting accomplishments or gathering close the people who mean the most?

Maybe I’ll take one of those (probably worthless) pieces of quartz out of my bag and display it as a reminder that just because you’re busy collecting things doesn’t mean you’ll value the hours/days/years you’ve spent on what you once thought was so important.

Gather your people. Gather memories. Grow in love. And give grace.