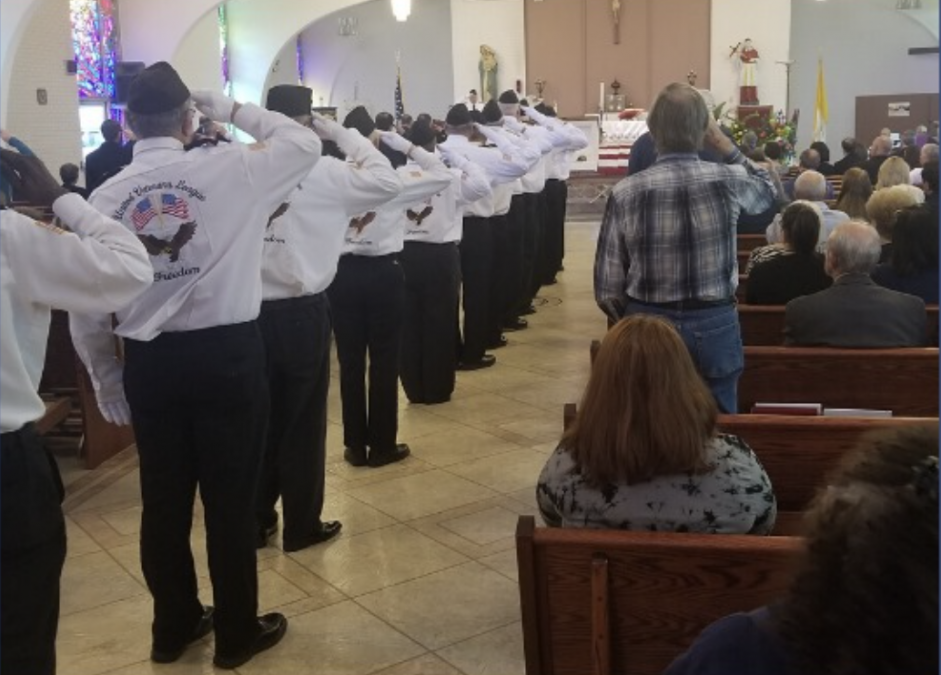 From the harshest jungles to the hottest deserts, American veterans have served their country faithfully with unyielding resolve. There are many ways citizens show their appreciation, such as offering discounts and free meals or just a simple “thank you.” As they should be celebrated in life, they should also be honored in their passing. Knowing this, the United Veterans League was created.

Veterans are suitably sent off to their next life after the League’s members read a prayer, present a flag to the family, engage in a 21-gun salute and perform “Taps,” among other ceremonial duties.

“It’s very, very patriotic for the family,” says Albert Lirette, United Veterans League Commander. “To me, and I can speak for the rest of my guys, it’s very important.”

The organization, which has about 110 members, typically provides around 150 military funerals in a year.

“[The families] love the military funeral; they love what we do,” Albert says. “We do it great. All our guys are well-trained.”

The United Veterans League consists of Army, Air Force, Navy and Coast Guard veterans, hence the name.  “I’m very, very strict on my guys, but they do a great job,” says Albert, a Vietnam war veteran and four-time Purple Heart recipient. “They want to give them their final salute because they are all veterans themselves.”

“For me, it’s almost mandatory that these guys be at these funerals. That’s the way I look at it as a commander,” Albert shares. “I know what I went through. I know what I did because I’m a combat soldier. And that’s the way I’d want it to be. When I pass away, I want the United Veterans League to do mine.”