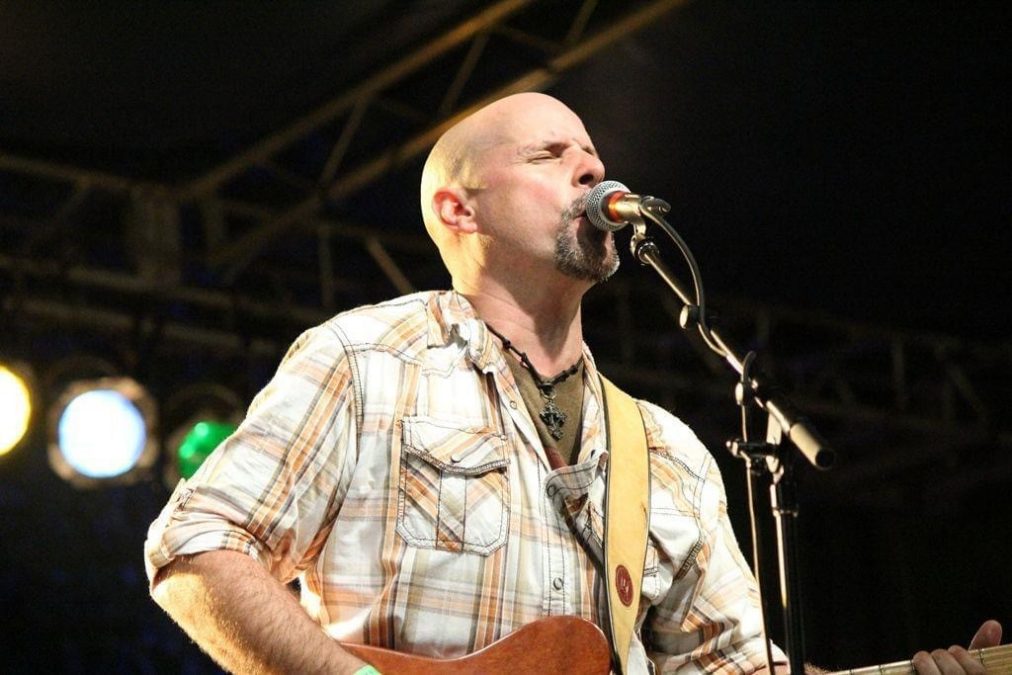 Kyle Domangue’s office is lined with hand-drawn festival posters, CD release plaques, and intricate futuristic architectural designs. In title, he’s Vice President of Architecture at Duplantis Design Group (DDG) in Thibodaux. Look a little deeper, and he’s a creative soul who loves to tell a story and strives to leave a legacy behind through music.

Kyle is a native of Houma who has been playing music since childhood. His mother had guitars in the house while growing up, where he would pick it up, picking around on the neck until it made a melodic sound. Although she tried to teach him music by John Denver, his heart always led him to want to play music such as Led Zeppelin and Boston. He later picked up an electric guitar, and that was the beginning of his musical journey. He has been playing, writing, and recording music since he was 12. He attended Louisiana State University to study architecture and worked in the summers as an airbrush artist at a Christian retreat center, “Noah’s Ark” in Panama City, Florida. While there, they had music ministry at 8 and 10 p.m. on the beach. One day, he was playing the guitar, not thinking anyone was listening, but someone was. They offered the opportunity to play, and it was there he began his transition from a timid college student who had crippling stage fright to the beginning of his acoustic guitar career.

Serving the country is rooted in Kyle’s family; his grandfathers, fathers and uncles all served in military services. Kyle has memorabilia, such as ribbons and hats, from his grandparents and has always been amazed at the dedication the generation had. He went on to serve as an Army Tank Commander in Operation Desert Storm, which helped pay his way through college. After a year away, he returned home to Baton Rouge, where his previous Kmart job was no longer there. While he was at a microbrewery one day, a musician was playing, and it prompted the idea of starting a career playing on stages around LSU. “Next thing you knew,” he said,” I was playing at all of the college bars and paying my way through college. It was a lot of fun.” He moved back home to Bourg with his high school sweetheart, where they married and had their first child. Tragedy hit when, at just 30 years of age, his wife lost her battle to cancer, leaving him and their two-year-old daughter to figure out where life would lead them next.

He then moved to Phoenix, Arizona, where the band “The Preserve” was started in 2007. The group consists of Jaques Billeaud of Phoenix, Arizona, and Chris Fiscus of Tempe, Arizona on Drums. They have released two albums, opened for bands such as The Doobie Brothers and Gin Blossoms, and shared the stage with Pistoleros. Kyle moved back to South Louisiana when the housing values dropped almost overnight, causing economic struggles in the Arizona community. The band tapered off at this point. Besides the two albums, Kyle said they had other unfinished songs. He also joined Voodoo Bayou, which is a local band that plays at festivals and travels, and they still play around the area today. 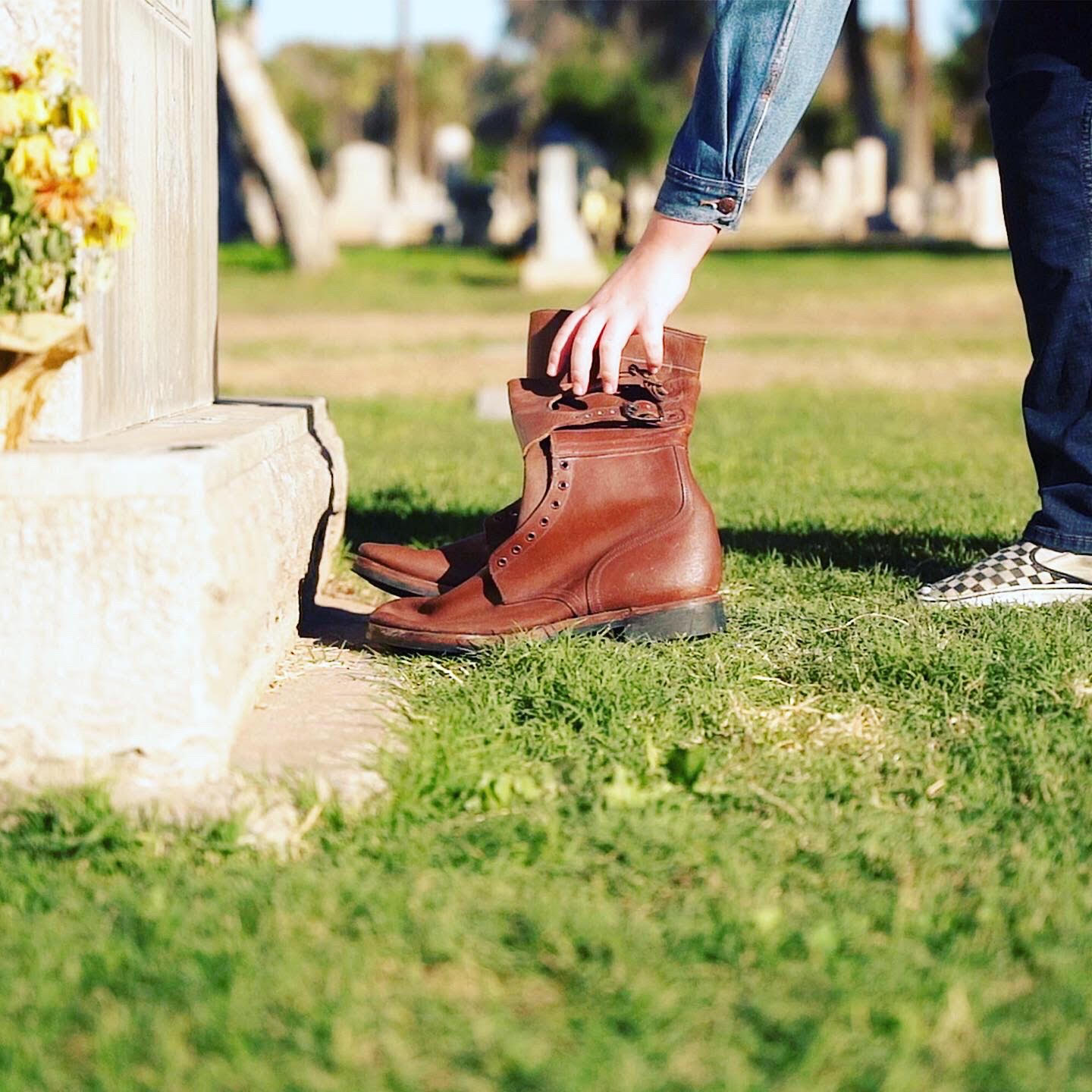 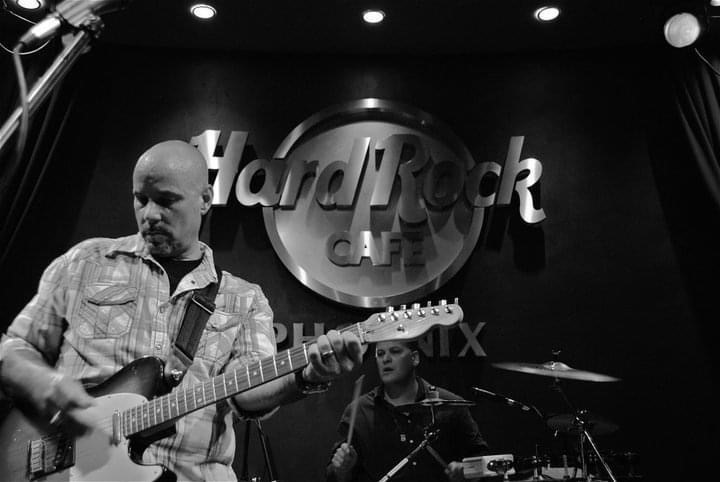 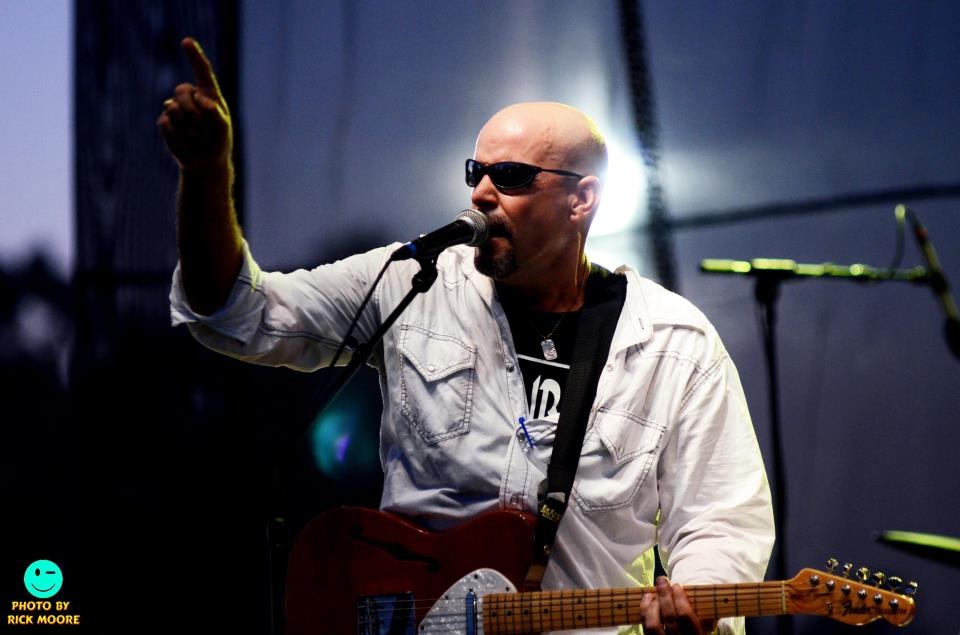 Almost a decade later, during a global pandemic, The Preserve decided they had “Unfinished Business,” which is the title of the band’s newest seven-song album that includes the latest Memorial Day release, “Granddad’s Shoes.” It was Kyle’s love for music and pride in patriotism that led to the fruition of the song. He said the integrity and character that came from the World War II generation always spoke to his heart, and “Granddad’s Shoes” is a story that portrays that very thought. Surprisingly, the song was partially written back in 2007, but it was one of several older songs that brought the guys back together. Despite being quarantined, they managed to come together to bring back some unfinished songs from years ago.

“When you see the remarkable sacrifice from this generation that had to live through the Great Depression and go on to fight the war, the trenches they had to go through, it’s hard to imagine what they had to deal with,” he said while explaining how today’s generation may not truly understand the level of sacrifice the older generation has had to make. The Preserve strives to preserve the legacy to make sure everybody knows and understands as much as possible the kind of commitment that is evident in the song’s video.

The video was directed and produced by Phoenix-based agency Magnetry Inc. The band also worked with videographer JJ Smith, along with producer and engineers Kolby Peoples and Mike Bolenbach, who works with bands such as Alice Cooper in the Phoenix area. The video begins with the band playing in the studio and then transitions to a teenager, who happens to be Fiscus’ son, unboxing World War II memorabilia. It blends scenes of a B-17 bomber at Mesa’s CAF Airbase in Arizona, a pair of actual World War II 1940s combat boots, photos of Fiscus’ father Neal Fiscus, who flew a Mitchell B-25 during the war. The Bible in the video was also Neal Fiscus’s during his time in service. The song honors Neal Fiscus by telling a story of a younger generation remembering the sacrifices made and honors the men and women who fought against oppression, genocide, dictatorship  and terrorism during World War II. Those boots are followed through mud, trenches and a soldier’s journey to create a visual of the hardships the soldiers endured.

“Imagine the feeling of a teen who receives their grandad’s shoes, the old combat boots he walked in for miles during war. Imagine the sadness that swells to pride, remembering all the sacrifices made so many years ago so that we could all be free. That’s the story behind Granddad’s Shoes,” said Kyle.