Where Do the Noses Go? (Part Two) 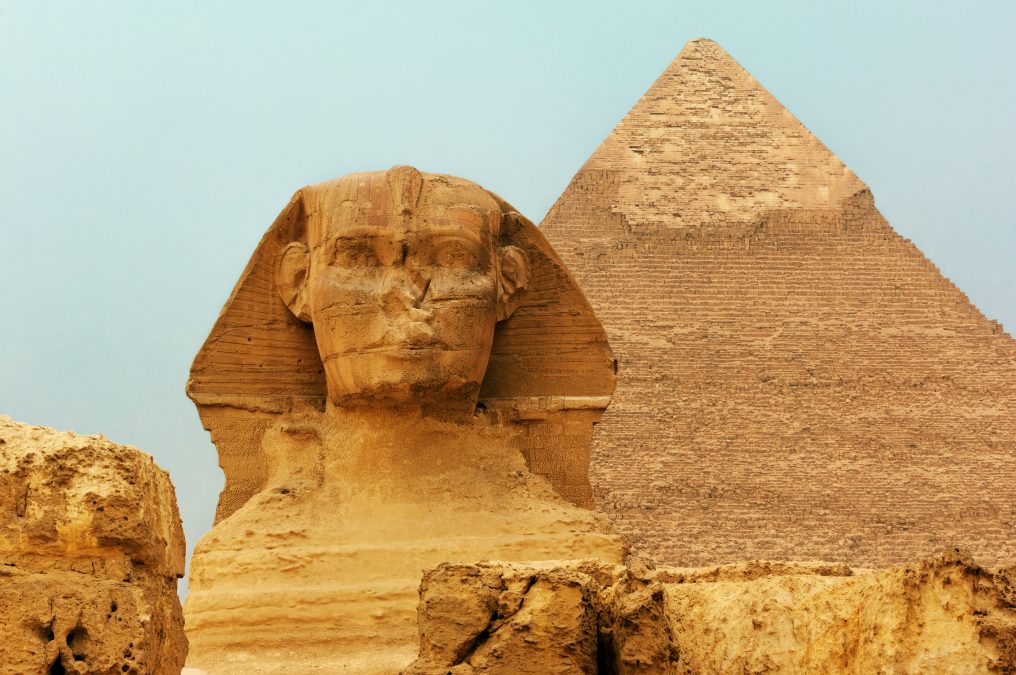 The Sphinx and Pyramids in Egypt

Here in PoV country, we think about lots of special things in July when hurricane season is in swing.  We might be thinking about batteries and flashlights and radios and plywood and canned foods and bottled water and important papers.  One of the things we don’t normally think about is Egypt.  That’s right:  The place where Charlton Heston left Anne Baxter for Yvonne De Carlo before leading the Hebrews out of bondage and parting the Red Sea.  Lest we forget, however, Eqypt is also the place of the pharaohs, the pyramids, and the Sahara Desert.

Meteorologists often speak of the Sahara during hurricane season because in summer huge clouds of dust from that largest desert in the world get blown and swirled across the Atlantic toward the southeastern U.S.  You can actually see Saharan Dust on weather radar or in unusual yellow sunsets or even on your Kleenex.  What’s good for us, however, is that this hot and dry dust is something that cool and wet tropical systems don’t like very much, and so the dust tends to weaken storms and even prevent their formation.

When I think of Egypt during hurricane season, however, I think mostly of something other than desert dust.  I think of the Great Sphinx of Giza—that huge, ancient, limestone monument with the body of a lion with the face of a man–built presumably to protect the pyramids.  Specifically, I think of the face of the Sphinx–with its high cheekbones and wide eyes surrounded by a kingly headdress—but mostly I think of what’s missing from its face.  Why, might you ask, am I thinking about the Sphinx’s missing nose–and why is it missing?

Here on the Gulf Coast in the 21st century, we know a thing or two about erosion.  Fishermen, boaters, and camp- and homeowners who work and live along the coast see it every day.  And so, we may logically assume that the hot, sandy windstorms that frequently blow across the Sahara may have eroded the soft limestone of the Sphinx’s nasal protuberance over the course of 4500 years, and that’s why it’s missing.  But there are other explanations for this historic nosefall.  A common explanation is that cannoneers of Napoleon’s army held target practice across the face of the Sphinx in 1798 in preparation for a nearby battle.  However, drawings from a half-century earlier show that the nose was already missing when Napoleon’s trigger-happy forces arrived.

A more historically grounded explanation dates 400 years before Napoleon.  Ancient documents describe actions of an Islamic cleric whose men drove iron rods into the Sphinx’s face to pry off and then chisel the great nose away.  The cleric saw that the local tribes spent too much time praying to the limestone beast for a good harvest and protection from floods rather than following him.  By removing the nose, the Sphinx could no longer breathe and was thus dead to the locals.  By defacing the image, he drained the image’s strength and overturned local culture.

History is filled with examples of cultural destruction like this.  In the 5th century B.C., Sun Tzu acknowledges the practice in “The Art of War.”  In the 20th century, not only did Nazis seek to eliminate an entire race but they also stole art and cultural artefacts from across conquered Europe.  Watch “The Train” with Burt Lancaster or “The Monuments Men” with George Clooney.  Better yet, and to better understand, just watch evening news and see how modern-day monuments, museums, and most recently a monastery are being destroyed in Ukraine.

Celebrated British novelist and critic George Orwell, who lived through both World Wars and the Spanish Civil War, observed that “the most effective way to destroy people is to deny and obliterate their own understanding of their history.” Though faraway from historical and current cultural attacks, PoV country nonetheless faces a battle.  The opposing force in this battle is insidious and mostly unrecognized as a destroyer of culture.  Just ask the folks of Isle de Jean Charles or any of our coastal villages facing the slow encroachment of saltwater.  Just ask the grassroots curators of the Galliano and Golden Meadow historical centers who lost priceless artefacts when Hurricane Ida tore holes in the roofs protecting their heritage.

So, join me this hurricane season and, among the lots of special things we think about this time of year, think of Egypt.  And, in thinking of Egypt, remember our innate responsibility to protect the Nose–to battle against destruction of the Past, to protect those things here among the bayous that give us a sense of place and identity, that give significance to the little villages where we were born and raised, that give us our own place in the very long story of humanity.  Our ancestors, as well as our children, are depending on us.