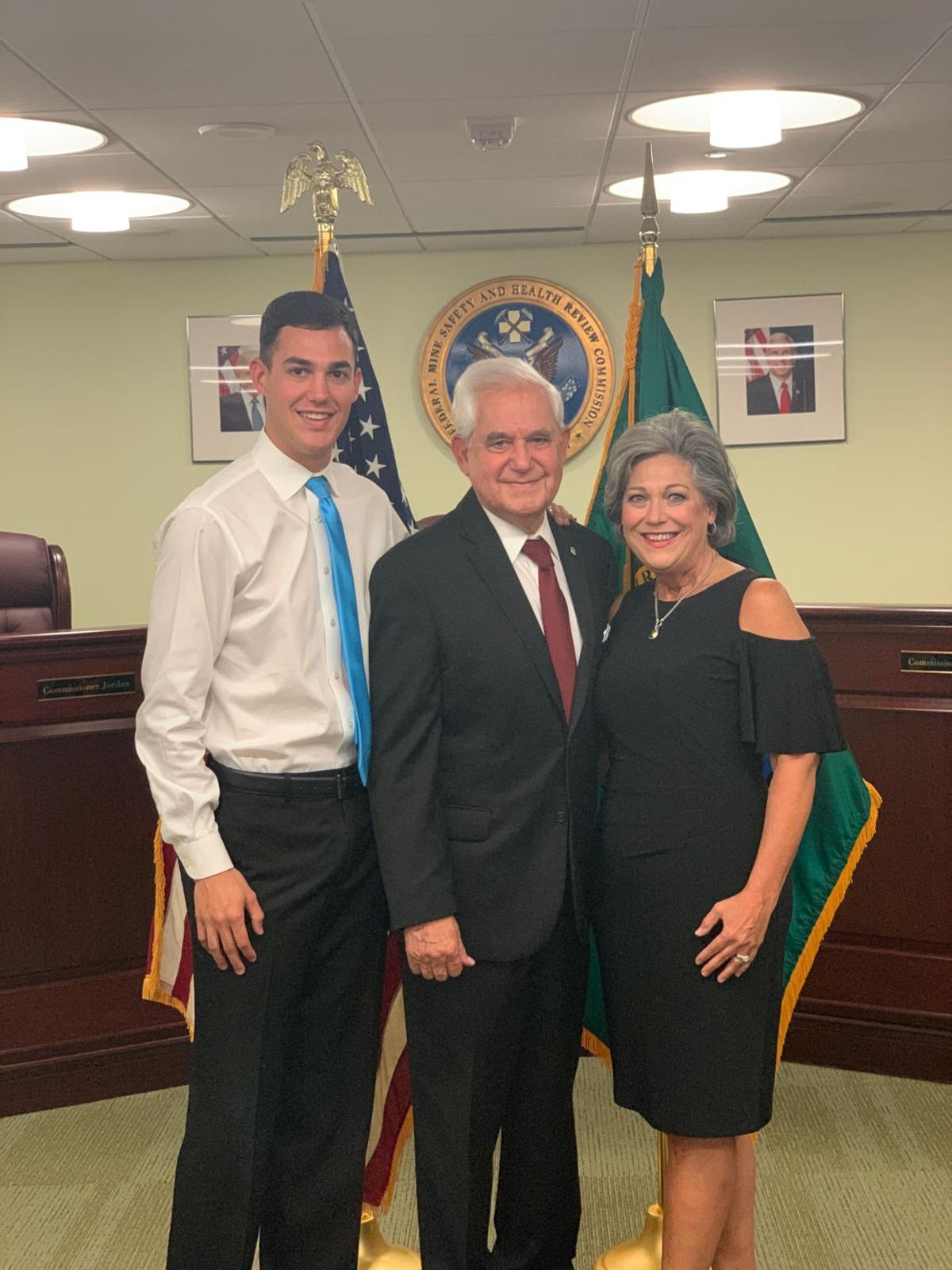 On October 15 in Washington D.C., members of the Federal Mine Safety and Health Review Commission held a ceremony to formally swear in their new Chief Administrative Law Judge (CALJ). This distinguished honor is significant to us in the Bayou Region, as the judge who acquired that position on Pennsylvania Avenue is from our community.

Houma native Judge Glynn F. Voisin has dedicated virtually his entire life to service and justice, all while maintaining his core values and priorities.

“My dad was a World War II veteran, and he and my mother instilled the morals and values that I have. I attribute a lot to them,” Glynn shares. “My priorities in life are my faith, my family, my community, my country and of course, my profession.”

Glynn also inherited his work ethic from his parents. While a full-time student studying pre-law at Nicholls State University, he worked as a full-time school bus driver, full-time dispatcher, clothing salesman and an assistant for a professor. He would dispatch from 11 p.m. until 7 a.m. Then he would start his bus route, which led him to Nicholls to drop off college students. While on campus all day, he would assist his professor during his spare time. Following his day at school, he would drop off his schoolmates back in Houma and complete his Houma bus route. And on Saturdays and during the holidays, he worked as a clothing salesman.

Glynn answered the call to serve his country while at Nicholls, too.

The Vietnam War was going on during that time. Some recruiters visited campus and offered Glynn a deferment in his draft selection if he joined the Marine Corps. After joining, he was sent to Quantico, Va. between his junior and senior years of school for a 12-week platoon leaders class training. After his college graduation, he was commissioned as 2nd Lieutenant in the Marine Corps.

Following his officer training again at Quantico, exercises in the Mediterranean and Caribbean and survival training in the Philippines, Glynn was deployed to Vietnam. There, he served as an intelligence watch officer, watching and tracking enemy movement. “I matured very quickly,” he smiles, recalling his experience overseas.

The young officer was stationed in New Orleans following his three years of active duty with a tour in Vietnam. He then attended Tulane University Law School.  After his graduation from law school in 1977, he traveled to Newport, R.I. to attend Naval Justice School, which subsequently led him to join the Judge Advocate General’s (JAG) Corps. As a JAG officer throughout his time of active duty during Desert Storm, his unit was responsible for arresting and prosecuting deserters. Glynn says they convicted all 29 who were charged. He retired from the Marine Corps Reserve as a Lieutenant Colonel in 1997.

The proven JAG officer’s decorated career is impressive, but perhaps even more noteworthy is his career outside of his military service. He has had an illustrious career in law despite facing adversity.

Glynn was made state judge before he left for Desert Storm after making a name for himself as a Terrebonne Parish assistant district attorney and a Louisiana assistant attorney general. However, after he returned from his service, he learned a new administration had filled his position. Having no income while trying to provide for his family and put his children through school, he worked as a janitor at Vandebilt Catholic High School while negotiating with the state to get his appointment back.  He later got his position back, serving as the Louisiana Workers’ Compensation Judge until 2004.

For his current position in D.C., Glynn is the head of the nationwide Division of Judges and is “solely responsible for the management and general administrative supervision of the CALJ office and the three branch offices to ensure the most expeditious and thorough conduct of proceedings coming before the Division,” reads a statement by the Federal Mine Safety and Health Review Commission.

A Tulane adjunct instructor, mentor to new and experienced judges and lawyers and guest speaker at conferences, Glynn aims to pass along all the knowledge he has acquired over his several decades in law to the younger generation. “I love young minds; I enjoy working with them,” he shares.

When asked to describe his career in law in one word Glynn said, “service.”

Glynn and his wife Paula made sure to instill their values in their children; the most important value being faith – which got them through a tough time when tragedy struck the Voisin family. Their son Nicholas, who was commissioned to the Marine Corps and served in tours in Afghanistan and Iraq, died due to a head-on collision in 2010.

“Faith–we have a deep, deep faith and believe that God is going take care of us. And that’s what we relied upon,” Glynn remembers on what got the family through the tragedy. “And family and friends were very supportive of what was going on during that time.”

Although he is a federal judge, instructor, mentor and public speaker, Glynn makes sure to make enough time to stay true to all his priorities.

“What I learned is that you are always working to strike a balance to dedicate enough time to your family, your job, your community, your country and your profession,” he says. “It’s a delicate balance and I’m always striving to achieve it.”