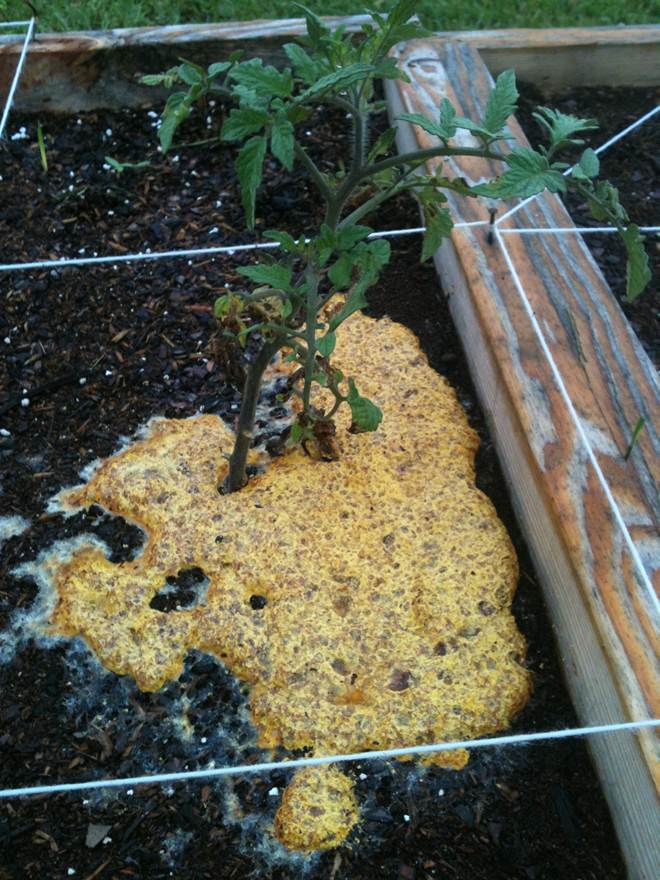 Home gardeners are often distressed by the appearance of slime molds during extended periods of overcast, warm and wet weather, which is common in Louisiana.

LSU AgCenter plant doctor Raj Singh said slime molds appear as crusty or powdery coating on any surface, including wooden planks used for making raised beds, garden mulch, lawns or even the leaves and stems of all different kind of garden plants.

“The encrusted cover is usually a powder buildup that wipes off easily,” he said.

This dusty coating may appear in a range of different colors like ashy-gray, brown, charcoal-gray, dark red, purple or bright yellow. One particular slime mold is named “dog vomit” due to its appearance.

During favorable weather, slime molds may remain in a garden or turf for few days to more than a week. 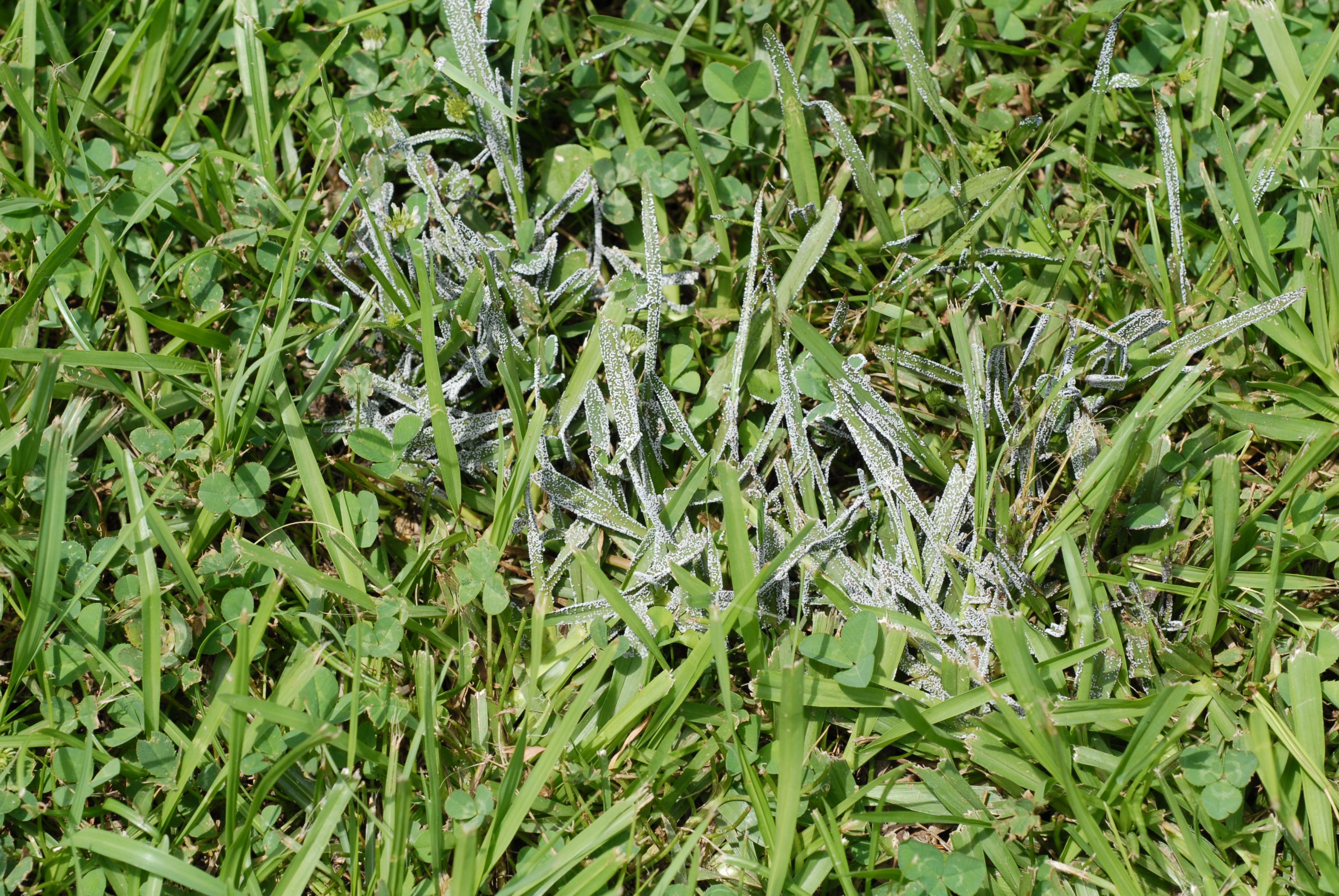 Slime mold growing on the leaf blades of turfgrass.

“Slime molds are non-parasitic organisms that are classified as myxomycetes, a group of free-living amoeboid protists,” Singh said. “Slime molds feed primarily on bacteria and other microorganisms.”

The slime mold life-cycle is a bit complicated and has two different stages, consisting of an amoeboflagellate stage and a plasmodium stage.

“After feeding on soil microbes, fungi and organic matter, the cells during the amoeboflagellate stage grow and multiply to form a plasmodium stage with a greasy, viscous slimy appearance,” he said.

The greasy-looking slimy plasmodium may take on one of many colors or remain clear.

It creeps upward on grass leaves, low-growing plant materials and ground covers to support itself up off the ground for better spore dispersal. 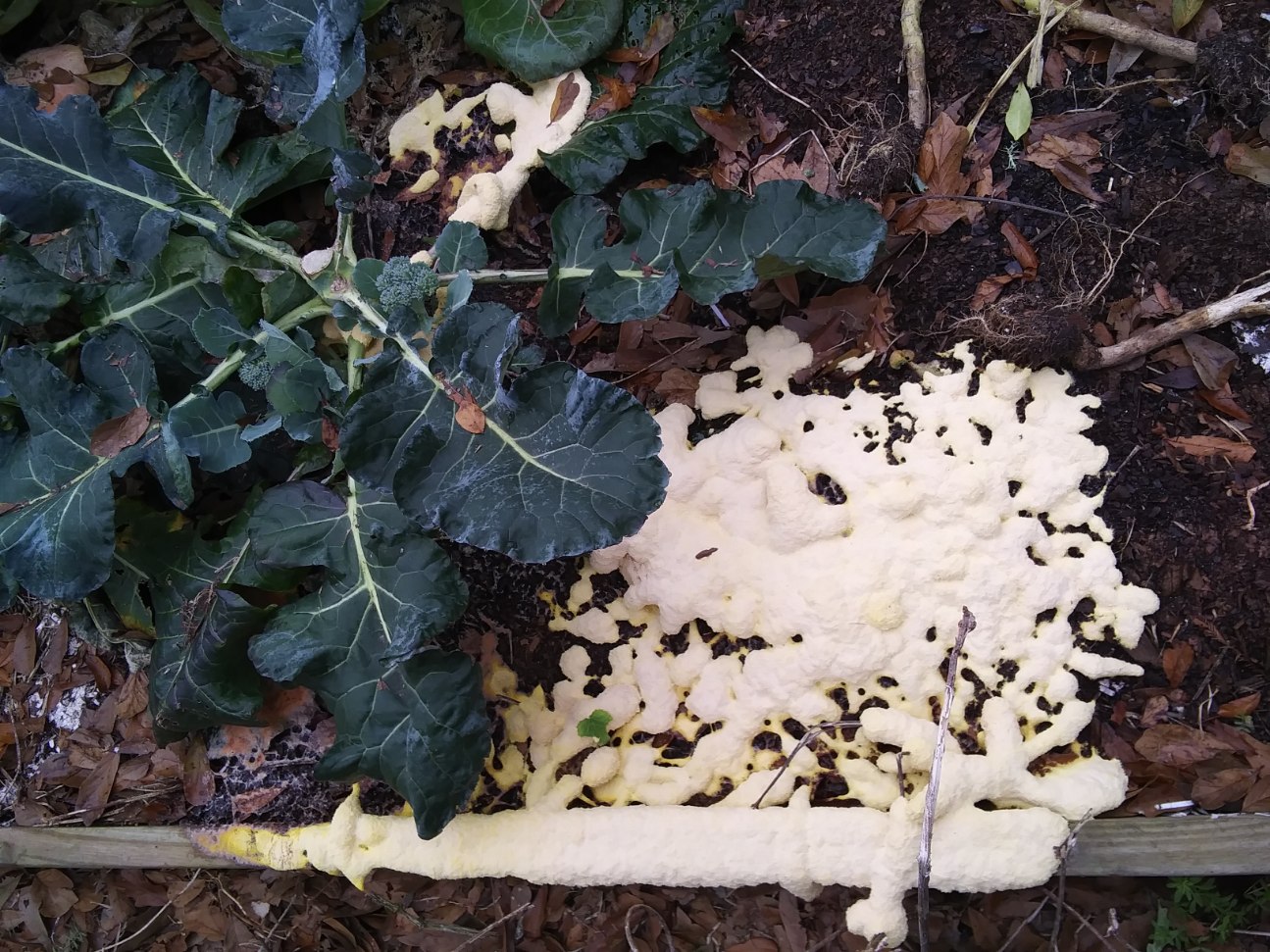 Slime mold growing on the surface of wet mulch.

“The plasmodium further bunches up and develops into a fruiting or sporangium stage,” Singh said. “This stage is the most visible and commonly noticed in gardens and lawns.”

In this elevated stage, the mature spores are released for dispersal by wind, rain or other vectors.

As weather dries, the sporangia dry to a crusty or dusty crud. Slime molds tend to reappear in the same general areas when conditions become favorable again, he said.

Slime molds are harmless to plants and turfgrass and do not cause any diseases on them. However, if the plant tissue is heavily covered with slime mold for more than a week or so, it can shade out the plant tissue.

The plant tissue may turn yellow and become susceptible to secondary disease infection.

Controlling slime molds is often not needed. They start disappearing with the onset of dry weather. Slime molds can be hosed or brushed off the plant tissue, but avoid hosing or brushing off during wet weather, he said.

“Gardeners who desire to physically hand remove the slime molds must wear disposable gloves, as spores may cause irritation to sensitive skins,” Singh said.

If chemical control is desired, individuals should contact their local AgCenter agent to find a product that can be used to manage slime molds.

For information on slime molds, email Singh at rsingh@agcenter.lsu.edu. 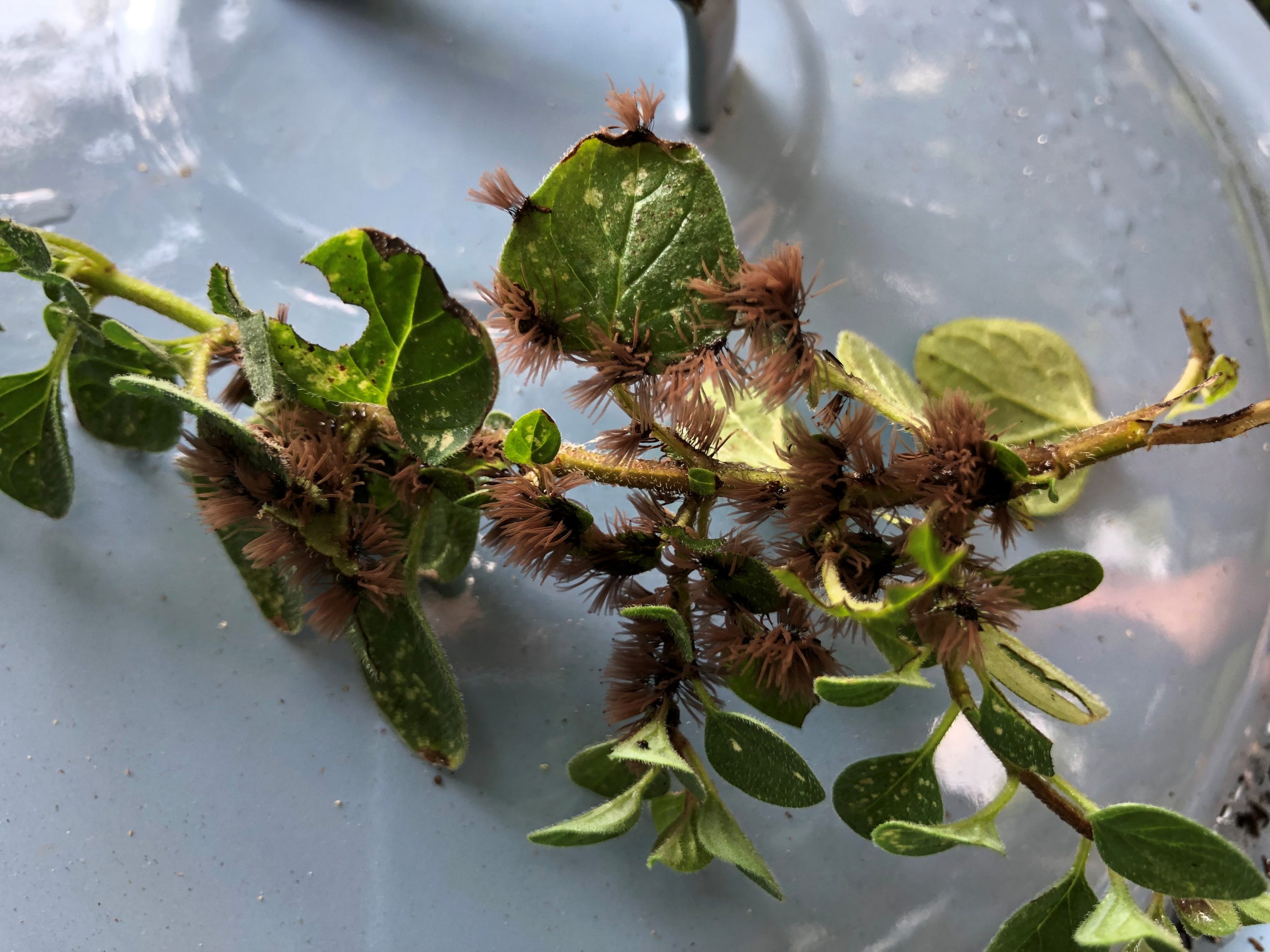