Take 5 with The Ivory Sons 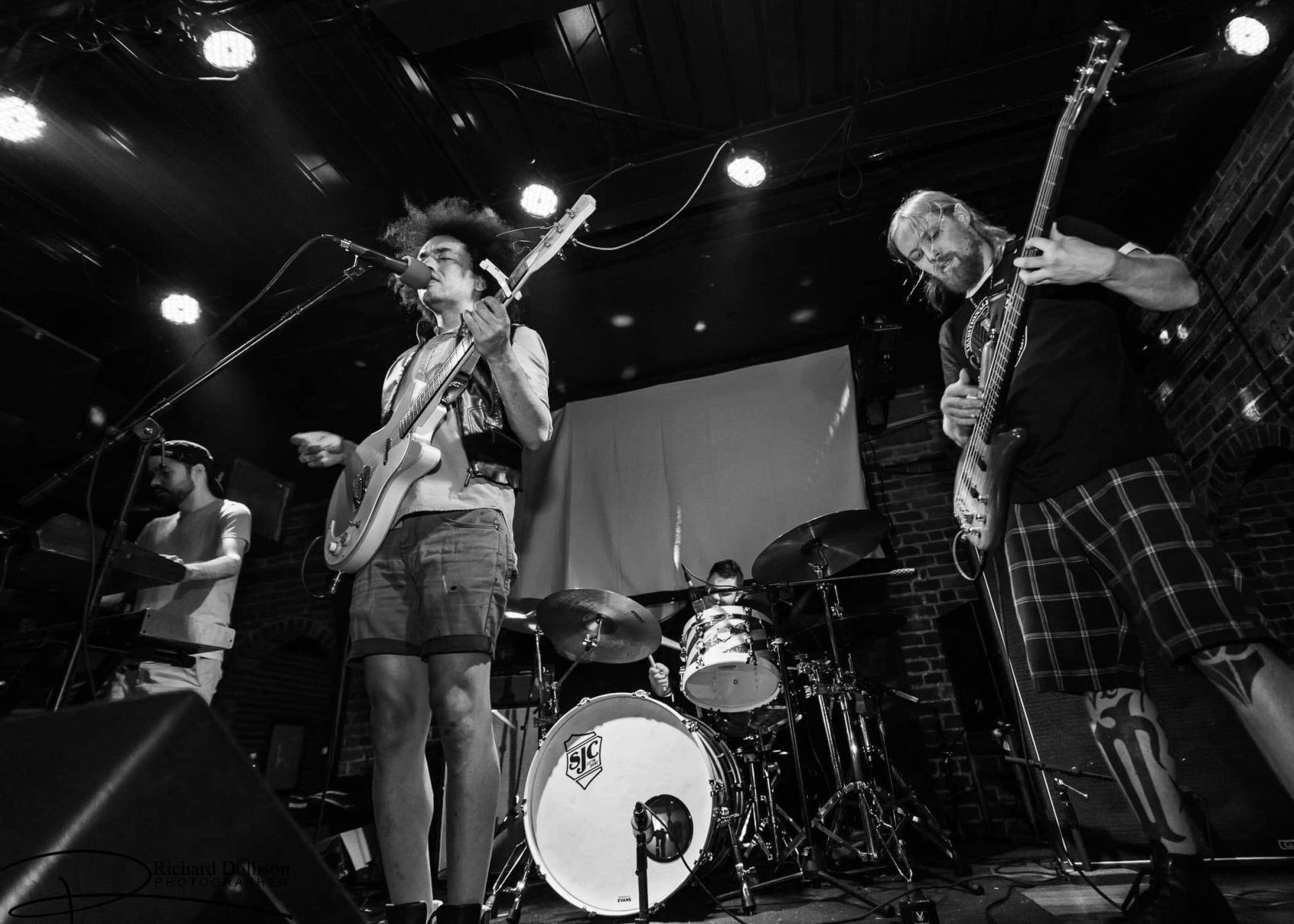 The band members of The Ivory Sons all originally hail from different cities, but the four-member group came together through their mutual love of music eight years ago and never looked back. During this run, the band that consists of Baton Rouge native Cody Peltier (vocals, guitar), Junction City, KS native Scott Breidenstein (keys), Thibodaux native Robert Moon (bass) and San Antonio native Dustin Eagan (drums) has made the music scene in the Bayou Region their home—doing many shows at local venues as well as gaining large favor from the youth in the community. The Times got in touch with Dustin, fresh off the band’s recent show at the Cubed Luminous Festival in Pensacola. Here’s what he shared with us:

How was your recent show at the Cubed Luminous Festival in Florida? How did y’all get that opportunity?

“We had a great time in Florida. The production and staff were super accommodating. Unfortunately, halfway through it began to rain so we had to cut a song. But the rain didn’t last and we pushed through.”

“We actually got invited by Aaron Finlay, a member of Precubed. We just played with them in Mobile a few weeks ago, and he needed another band to play Cubed Luminous. I guess he liked our style.”

Tell me about the band’s history.

“We wrote and recorded a six-song EP called SYNESTHESIA. After that, we began working on a larger project that includes smaller musical releases over time, paired with anime-influenced concept art made by Cody. Around the same time, we also changed our name to The Ivory Sons. We have been performing all over the south for the last eight years, especially New Orleans, Baton Rouge and Houma. We’ve also played out of state in Alabama, Florida and Georgia, and we intend to go further.”

“We like to say we are a progressive rock outfit pulling influences from punk, electronic, funk, soul, math and experimental rock.”

What project or single that you released are you most proud of?

““Temple For Us” from start to finish has been an extremely rewarding experience. We really took our time writing that tune and put a lot of effort into developing the style that comes through in the recording and live performance. Cody also created all of the artwork for the release, which really put everything over the top for us. We usually get a good reaction after we play “Temple For Us”.”

What do you want people to take away from your music?

“We would like our listeners to take away the feelings evoked from the energy that our music depicts. We simply wish to enrich the mind, body and soul with our rhythms and melodies.”

Bonus Question: What is your most elaborate “when I make it” dream?

“To be able to own the Chester’s Hot Fries Company and have our own cows, so we can have that fresh milk. All this would be on an island that we own and play music ‘till we die.”

The gifted artists are currently working on finishing their highly-anticipated album “Crystal Companions Vol. 2” as well as preparing for their upcoming show at the Intracoastal Club in Houma on November 21. To follow The Ivory Sons, like their Facebook page (TheIvorySonsband). Their music can be listened to and purchased at theivorysons.bandcamp.com. •