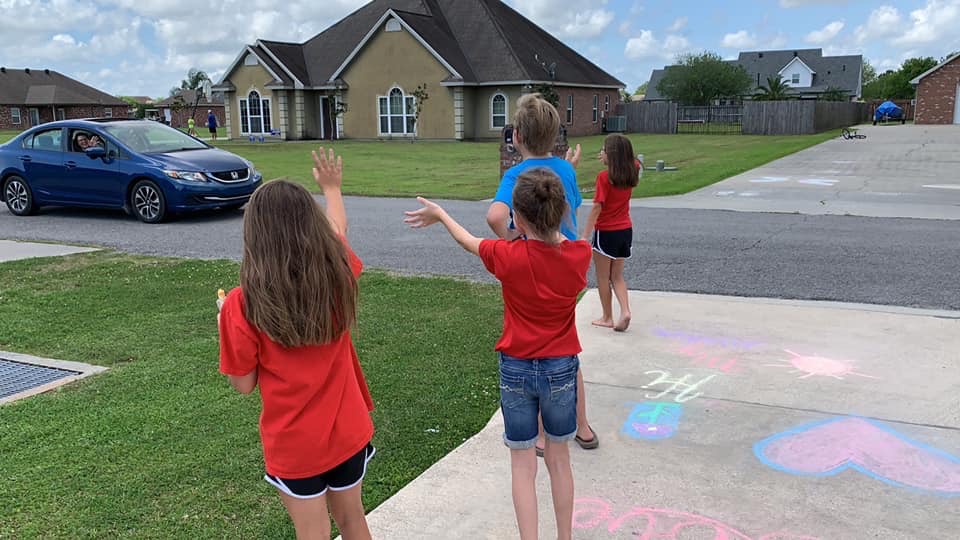 It’s only been a week since Louisiana K-12 public schools have been closed due to the COVID-19 outbreak. But it’s already been a challenging time for our area’s parents, teachers and especially — students.

Perhaps one of the things children need now more than ever during this confusing time in their lives is familiarity. One local school staff decided to bring just that through a unique way.

Roughly 20 Bourg Elementary School teachers decided to parade through their community today to show their students some familiar faces, let them know they were thinking of them and put some smiles on their faces.

“As a community, we wanted to bring a little joy in this confusing and different time,” said Ashley Wood, Bourg Elementary teacher who organized the event.

Wood said it was easy to put together because she knew the people she worked with would want to do it. “I have an awesome work life,” she continued. “The people I work with made it possible more than anything.”

The caravan of teachers consisted of 15 vehicles — some decorated with signs. Teachers stayed inside their cars during the parade as they smiled and waved to socially distance themselves. The parade took the same route the Bourg Volunteer Fire Department takes to transport Santa Claus, who makes a special appearance to the Bourg community during the holidays. Residents got to enjoy the special event from the comfort of their own yards and driveways.

It had a great turnout, Wood said, and some children even made signs for the occasion. “The kids loved it,” she said. “The community supports our school in anything we do. The little town of Bourg is so awesome.”

Parents were appreciative of the effort the educators made.

“I thought it was a great idea,” said Katie Portier, whose 6-year-old son Ezra attends Bourg Elementary. “Our kids are missing their normalcy and their teachers…So I just thought it was really kind of them to come through the neighborhoods and just wave and show them that they care.”

Ezra said he was excited because he saw some teachers he knew.

It was special for not only her son but also each individual kid, Portier added, as the teachers gave out personal shoutouts as they rode by.

Wood said some elderly residents in the neighborhood stepped outside to thank them, which she described as “heartwarming in itself.”

“From us at Bourg Elementary, we appreciate everything the community and parents do,” Wood added. “We miss the kids so much, and we are going to try to communicate as much as we can. We love them and can’t wait to see them again.”

Check out a gallery of today’s festivities below: 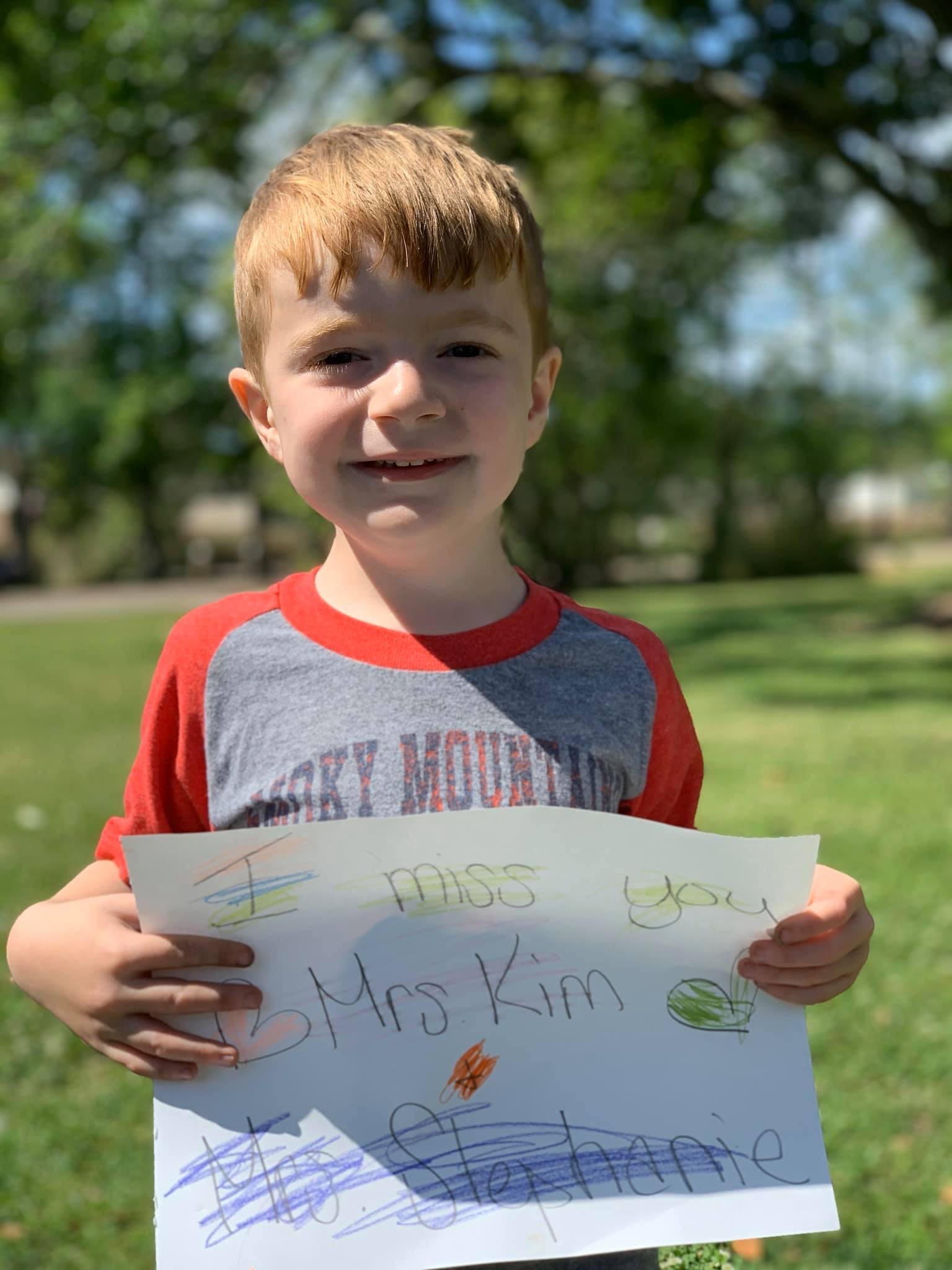 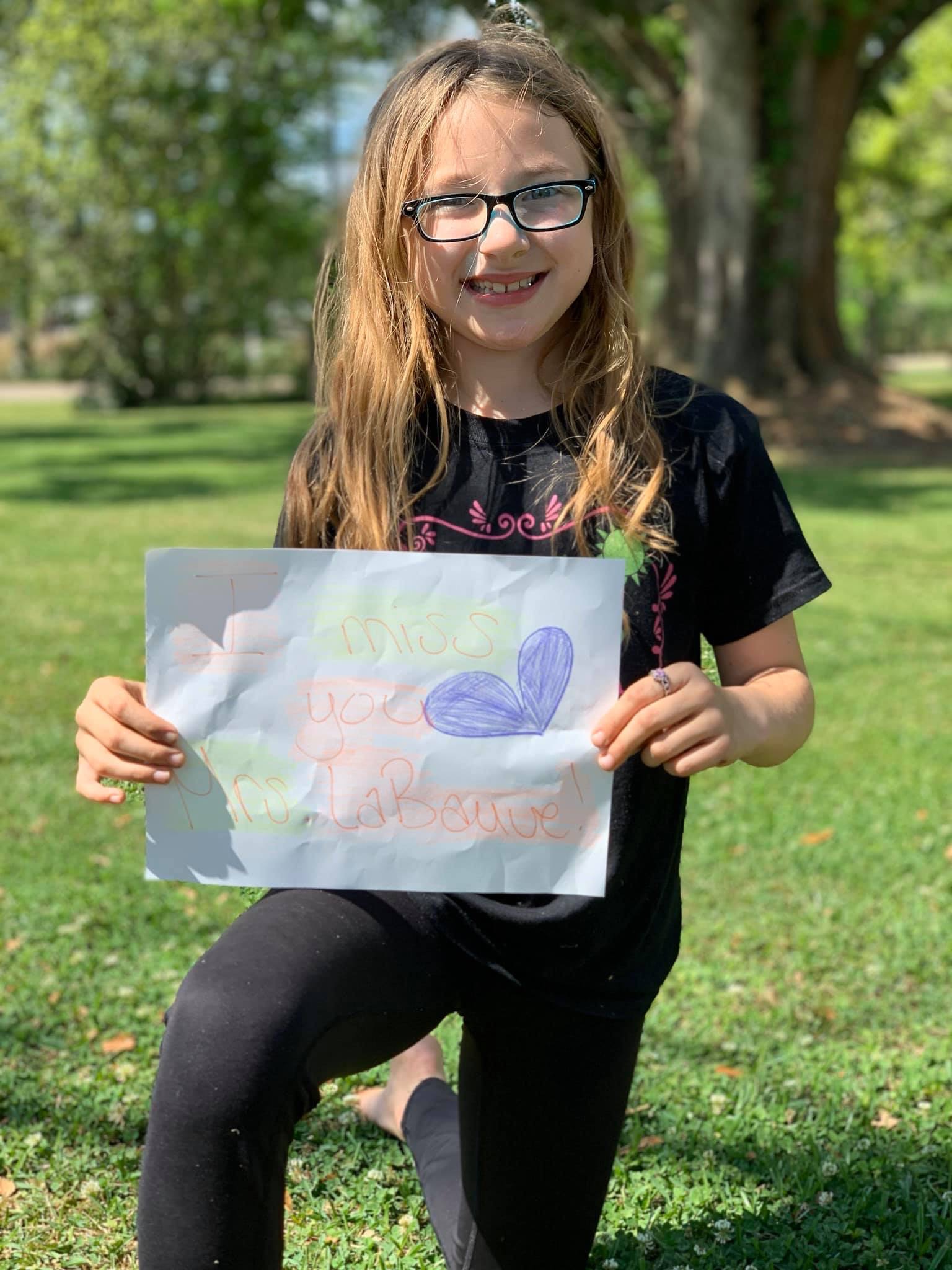 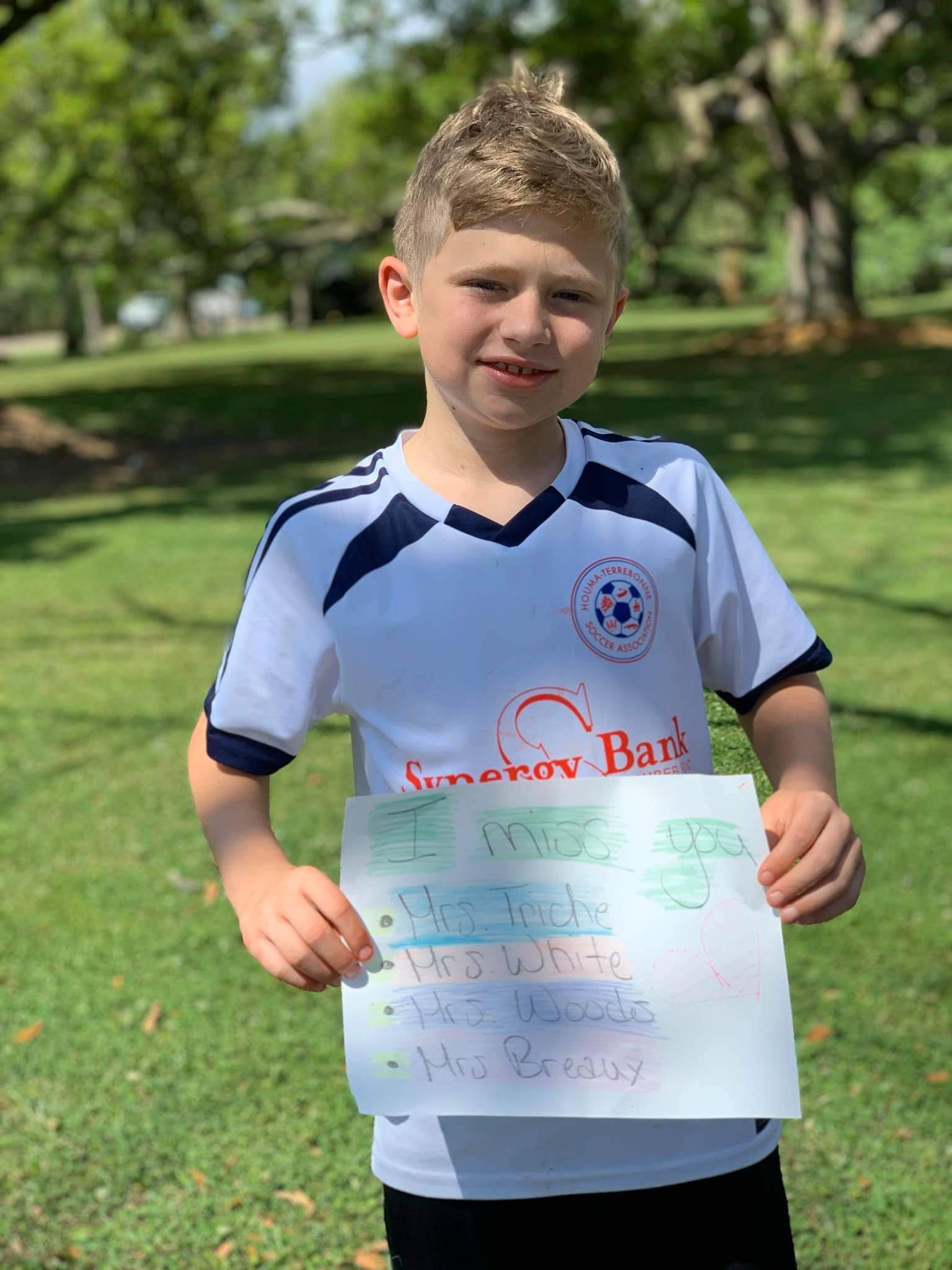 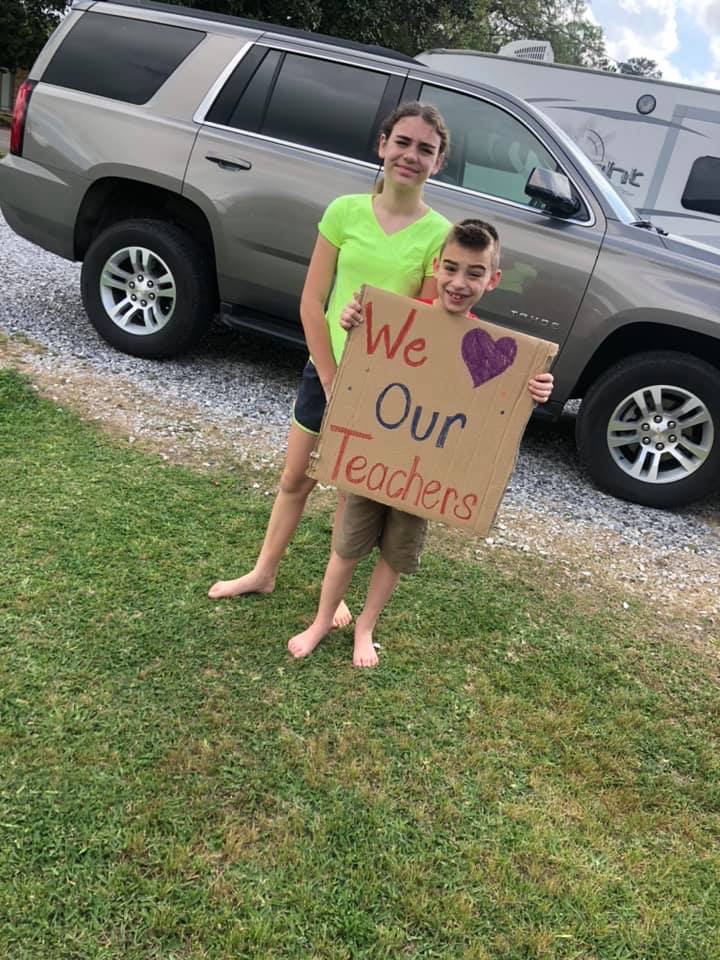 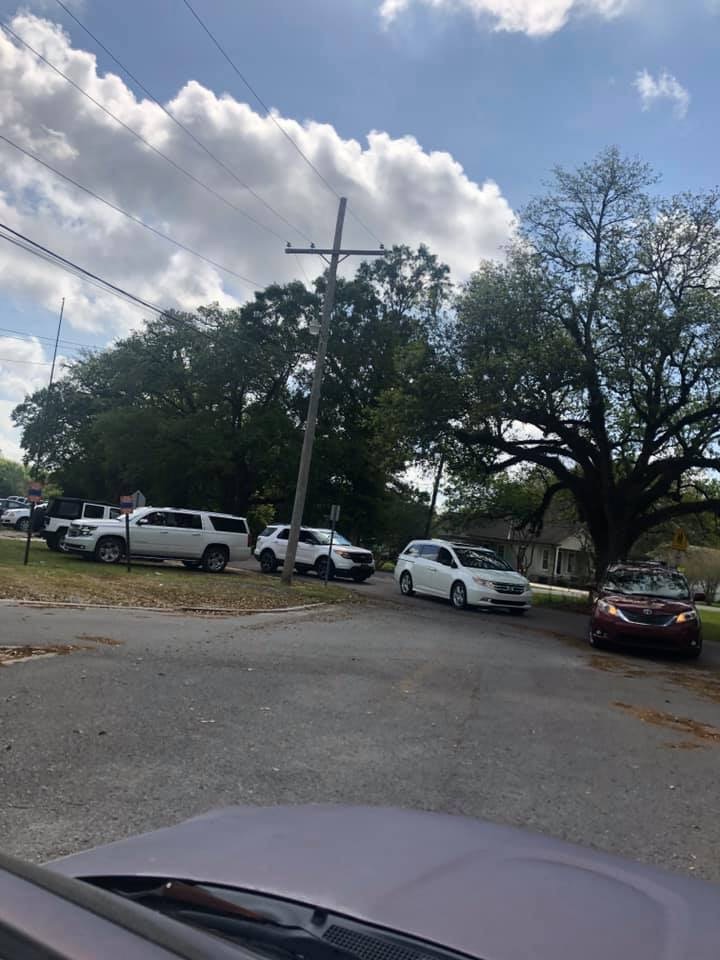 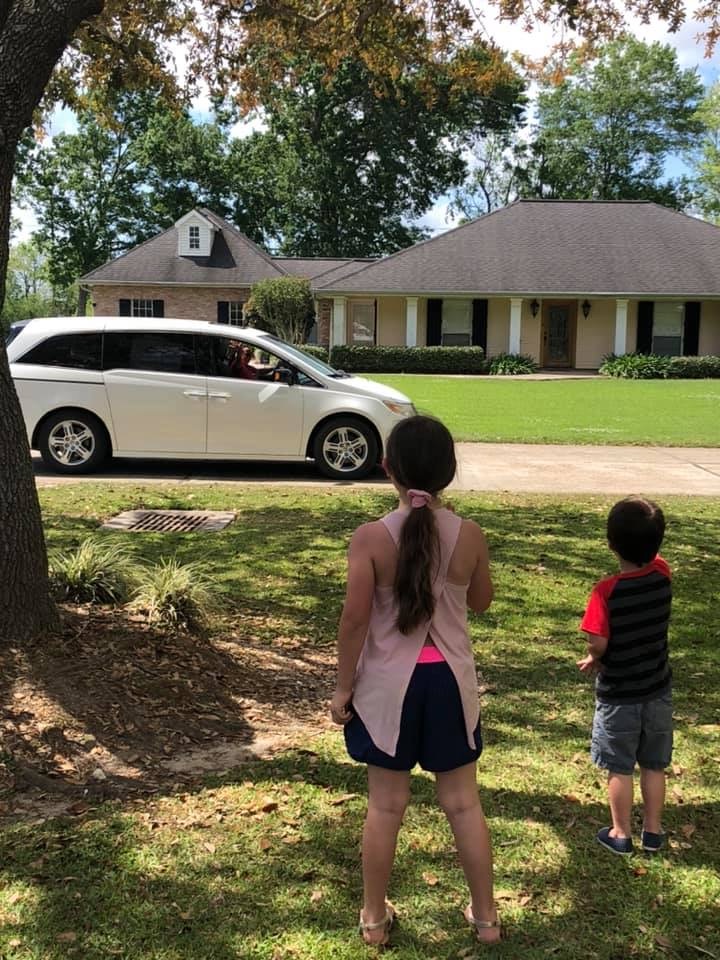 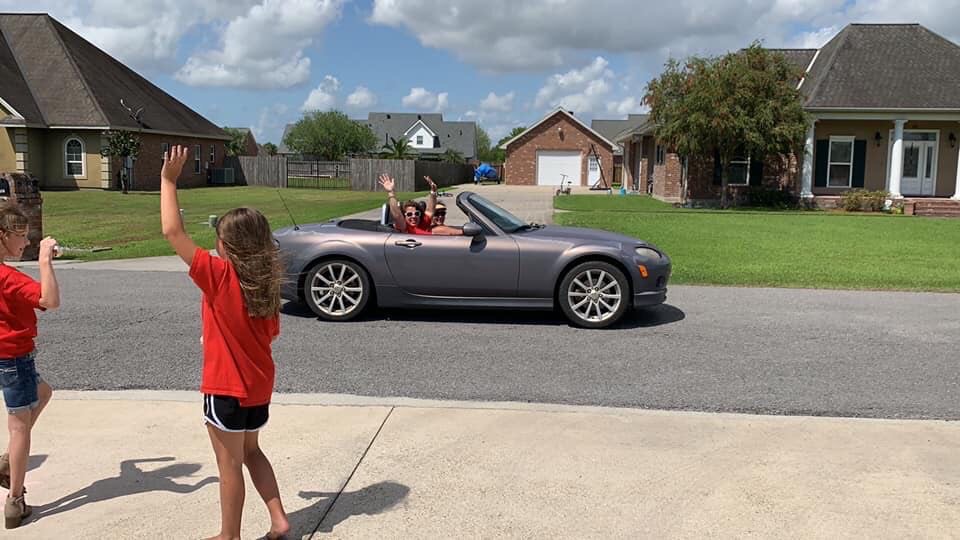 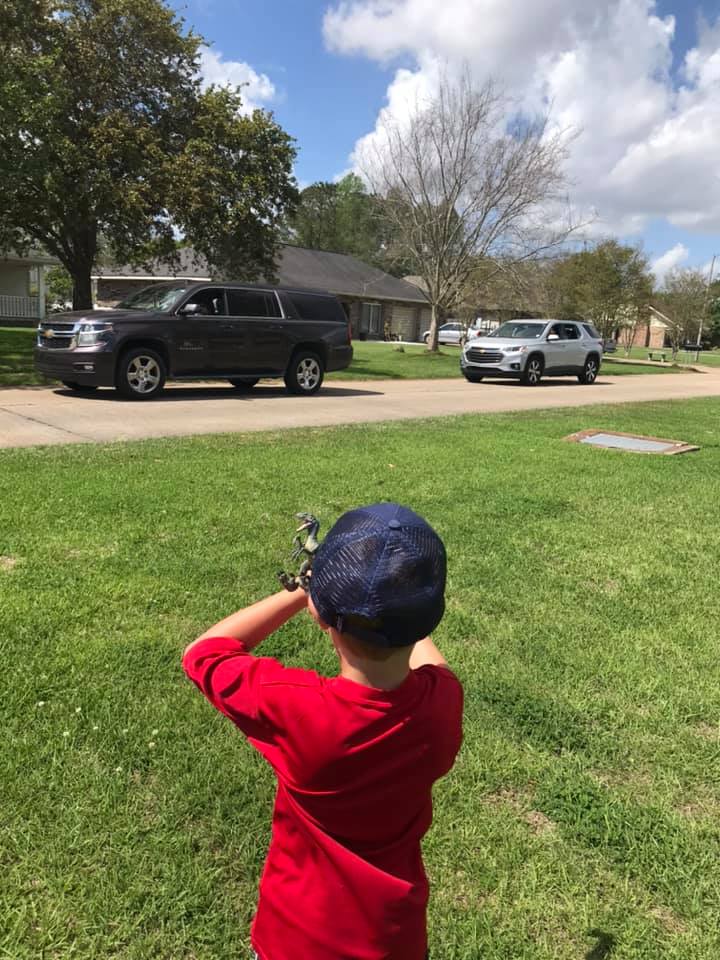