Where to Eat Fit at the Superdome 2022 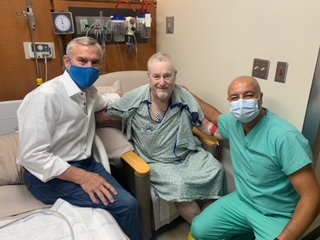 A 70-year-old man is recovering safely at Ochsner Medical Center—New Orleans following a dramatic resuscitation by an Ochsner Health cardiologist that friends and family describe as “divine intervention.”

Joseph Gormley, a California resident, had no plans for an extended stay in the Crescent City when he landed in the Louis Armstrong New Orleans International Airport on Aug. 9. He had a busy week ahead: after meeting his best friend in New Orleans, Leonard Alsfeld, the two planned to fly together to Rhode Island to attend their 50th high school reunion.

Those plans came to an abrupt halt when Gormley had a major heart attack and began coding near the airport’s baggage claim area. He collapsed into the arms of Alsfeld when a man nearby rushed into action — Selim Krim, MD, a transplant cardiologist with the John Ochsner Heart and Vascular Institute. Dr. Krim had just arrived at baggage claim himself, after he and his family got off a flight that had been delayed by several hours.

Dr. Krim and other Good Samaritans rushed into action. With the help of two women on the scene CPR was immediately started, and 1 shock was delivered by Dr. Krim using an automated external defibrillator (AED) positioned nearby. Those efforts revived Gormley, and he was kept stable and conscious until paramedics arrived. The Kenner Police Department escorted the ambulance carrying Gormley to Ochsner Medical Center — Kenner, where he received emergency care.

“I was talking to my friend, and I felt a shadow coming over my eyes, and then I started blacking out,” Gormley recalled. “My friend and some other fellow held me to break the fall. When I was on the ground it just happened that a doctor who is a cardiologist was standing right by…it was truly divine intervention, the way it happened.”

“Dr. Krim happened to be standing nearby, waiting for his bags,” Alsfeld added. “His immediate response to Joe when his life was in balance – it was a miracle. The prompt response from the doctor on the scene and the two other women who were there changed his life forever – they extended his time on this earth to enjoy his family and all this world has to offer.”

Gormley and his local traveling companion had the recent opportunity to thank Dr. Krim in person. Alsfeld brought the cardiologist wine, cookies, and flowers to share with the doctor’s wife and children, who had been in the airport and witnessed the rescue.

Dr. Krim said he was grateful to be in the right place at the right time but had another important message to convey – the importance of well-placed AED machines in public areas.

“No matter who is responding, it is so critical for witnesses of cardiac arrests to call 911, provide immediate CPR and ask for an AED – which fortunately was available in the airport,” Dr. Krim said. “That machine was truly key to Mr. Gormley surviving this event.”

Gormley shared that his future was looking bright. Following recovery and rehabilitation at Ochsner, he is looking forward to his 55th high school reunion. In the meantime, he was making plans to visit family, take up bicycle riding and schedule future trips to New Orleans to visit with his friend Leonard Alsfeld.

“Hopefully next time Mr. Gormley comes back to New Orleans, it will be under different circumstances!” Dr. Krim added. 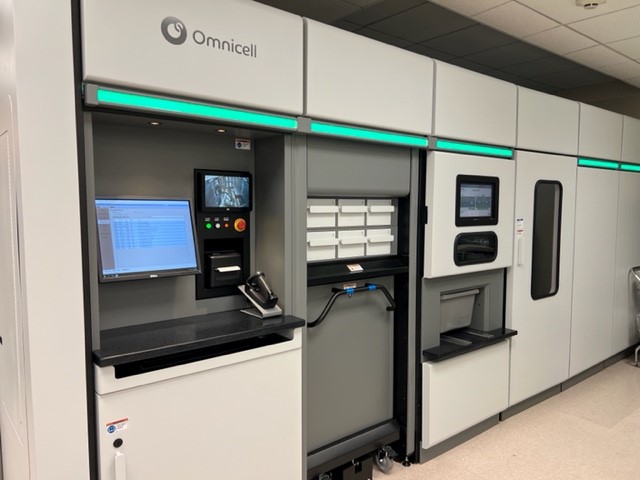