What you May Not Know About Termite Swarming Season 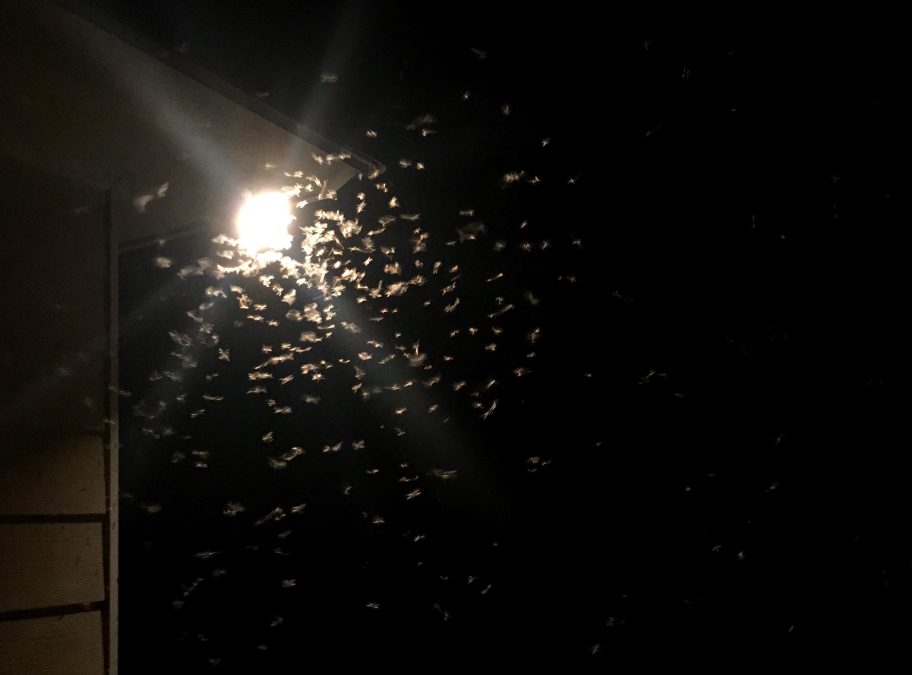 Swarming termites attracted to a flood light. They will be swarming through June. There can be thousands around one light. Photo by Qian “Karen” Sun/LSU AgCenter

It’s that time of year again as we notice swarms of termites around our homes and around streetlights.

According to LSUAg entomologist Karen Sun, Formosan subterranean termites swarm and spread their colonies through June. The swarm season can begin as early as April and lasts through June with a peak in early to mid-May.

Sun said the termites are an invasive species and the most destructive structural pest in Louisiana. The termites nest underground and tunnel in the soil to search for cellulose-containing materials as food sources which include dead or alive trees, structural lumbers, cardboard and paper. “The Formosan subterranean termites pose a greater threat than the native species because they form larger colonies, are more aggressive and build above-ground carton nests,” Sun said.

According to the LSUAg article, the swarms are short-lived and consist of winged adults that fly out of nests to find mates and sites for new colonies. After a short flight, the adults drop their wings. A pair, consisting of a female and a male, search for suitable nesting sites with moisture and food. After mating and producing offspring that evolve into workers, the parents become the queen and king. However, Sun said the warmers die if they can’t find the right environment to dig and build nests, which is mostly the case.

The species were introduced to the U.S. during WWII from East Asia, according to LSUAg. In Louisiana, they were first reported in port cities of Lake Charles and New Orleans. Since then, they have now spread to 42 of the 64 parishes.

LSUAg suggests a couple of things residents can do to lower the chances of the swarms becoming a problem for homes. “If you’re seeing swarmers, that doesn’t necessarily mean that you have termites in your home, but it does mean they are in your neighborhood,” Sun said. “In order to keep them away from your home, you need to get rid of any water sources such as leaky pipes and also remove food sources such as mulch contacting the foundation.” They also suggest turning off outside lights and dimming inside lights to help during the swarming season as they are attracted to lights. Also, they suggest the following:

— Turn off outdoor lights at night in May and June to avoid attracting swarmers.

— Remove all wood, cardboard, and other cellulose-containing materials from around or under your home.

— Keep mulch 8 to 12 inches from the foundation or perimeter of your home.

— Fix dripping outdoor faucets and repair leaks in the roof or pipes.

— Slope the landscape so water will drain away from the house.

— Use only licensed and certified pest management professionals for termite treatments.

They also said specimen collections can be taken so they can be identified by a pest control service or an entomologist. Specimens can be submitted to the LSU AgCenter Department of Entomology or and LSU AgCenter parish office. You can contact Sun at qsun@agcenter.lsu.edu. 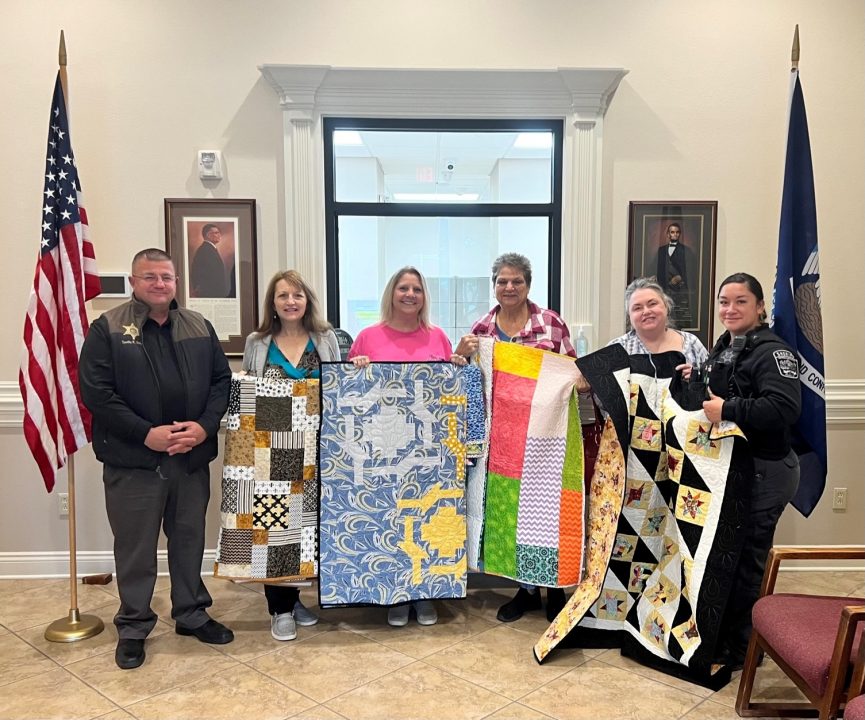