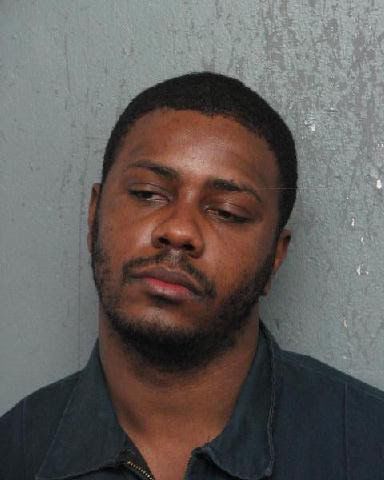 A habitual offender accused of shooting of three people in a Bayou Blue trailer last week, killing one of them, has a criminal history that includes crimes of violence stretching back 13 years.

But Rhubin Scott Jr. has only done two years of prison time – for a drug offense filed a decade ago – and is in the eyes of some Terrebonne Parish officials a prime example of how domestic violence perpetrators evade punishment because their victims do not cooperate with police or prosecutors, and how that allows their crimes to escalate over time, eventually leading to tragic events like the Bayou Blue case.

David Trahan Jr., an H.L. Bourgeois High student who harbored hopes of becoming a pastor, was killed by a single gunshot wound to the chest Oct. 25 after an unwelcome Scott barged into his mother’s home on Capri Court, allegedly angered because he was spurned by Trahan’s sister.

The sister, Joei Vendetto, was wounded by gunfire as was their mother, Kimberly Bonvillain. Airlifted to University Hospital in New Orleans after being whisked from the scene by Acadian Ambulance, Vendetto and Bonvillain are both expected to recover.

But authorities are distressed that such a tragic toll was necessary for Scott to face charges they are confident will stick, eliminating future threats to others. They also say there are many more offenders like Scott who continually walk through the criminal justice system’s revolving door because victims won’t assist when the time comes to build a solid case against their tormentors.

“This guy was nothing but a predator on society,” said Sheriff Jerry Larpenter, who maintains the fact pattern is not unique. “We see the same ones in and out for years. It’s been a problem and will continue to be a problem. An individual is living with someone and stuck in a situation where she can’t get out, or get someone to take care of the kids, or has a man paying the rent, or she is threatened, it all plays a part in these women’s minds. We see that all day long. We put them in jail and in 50 percent of cases the victim wants to drop the charges. The victim is victimized so bad she can’t see through the trees that the forest is there, and someone who should do ten years does only two or three.”

District Attorney Joe Waitz Jr., whose prosecutors were forced to plea-bargain with Scott the last time he appeared in court for a felony, is hoping the Bayou Blue case will resonate with other victims.

“We would like for victims of domestic situations to understand the magnitude, how deadly things can turn and how important it is to cooperate with law enforcement,” Waitz said. “Unless they help law enforcement make these people accountable, they will never stop the pattern. The events will continue to worsen and they will turn deadly, which is what has happened here.”

Detectives are still conducting interviews and examining evidence in connection with the Bayou Blue case. They have little doubt that David Trahan was attempting to protect his mother and sister when he was killed, and that his sister, Joei, was the intended victim.

Joei is a former bartender who now works at the Plantation Inn on Tunnel Boulevard as a server, described by customers there as friendly, accommodating and cheerful. Relatives said they are not aware of specifics concerning her relationship with Rhubin Scott. But they know that trouble started after she attempted to end it.

“We were all in the dark. But we learned that for the last two or three weeks it was nothing but hell for Joei,” said her father, Joe Vendetto of Houma, who has spoken with her and only recently learned some of the details. “He had let the air out of her tires, keyed her car, he was harassing her, he had beaten her.”

On Oct. 25, according to information given to detectives, Scott showed up at the Plantation Inn, wishing to speak with Joei. After being rebuffed he drove around the parking lot. The incident – like others involving Joei and Scott – was not reported to police when they occurred. Joe Vendetto said she had considered getting a restraining order against Scott, but had not yet done so.

After leaving the Plantation Inn, Vendetto said, Scott went to the home of Dillon Trahan, another of Joei’s brothers, but was told that she was not there. Scott is then believed to have gone to the trailer on Capri Court, where Joei was in the living room with her mother, Kimberly. He entered the residence, according to police reports, and shortly after that, bullets flew.

Ironically, the trailer had only recently been the scene of another violent incident, though it did not involve Scott. Kimberly Bonvillain’s husband, David Trahan Sr., was booked into the Terrebonne Parish jail Sept. 9 on battery charges, according to police records, for attempted to strangle her. The younger Trahan was said by friends to have been present when that occurred. Charges against the elder Trahan are still pending, and he recently sought a bond reduction to allow attendance at his son’s funeral, which has not yet been scheduled.

A manhunt for Scott, who was named as the shooter, began almost immediately after the arrival of deputies, who searched nearby highways for a gray and black pickup with a “Disabled Veteran” tag he was reported to have driven. Scott was located the next day at the home of a relative on West Main Street in Gray, and surrendered without incident. He now languishes in the Terrebonne Parish jail, with his bond set at $2 million.

The bonds imposed on Scott were considerably less when he was jailed on charges in 2003, which included simple battery in Terrebonne Parish, and theft, resisting an officer and several traffic violations in 2004, in Lafayette. Later that year Scott was charged with aggravated battery with a dangerous weapon in Lafayette, and simple battery. Arrests in 2005 included marijuana distribution, a separate case involving 2nd degree battery causing serious bodily injury, also in Lafayette. The following year resulted in a Terrebonne Parish drug charge, which resulted in a three-year term of probation. and in May of 2006 there was a brief stint of jail for violation of a protective order.

On June 29, 2006, police and court records show, Scott’s probation was revoked, and he began doing time in the state prison system, for the first time. After time in the Terrebonne Parish jail he was shipped to the Caldwell Correctional Center, Oct. 25, 2006, remaining there until Feb. 2007. From there he went to the West Carroll Detention Center, according to Louisiana DOC records, and then to the Madison Correctional Center. He bounced around between correctional centers as a state inmate until Oct. 23, 2008, when he was released and placed under the supervision of the Louisiana Department of Probation and Parole.

According to police records, Scott went to live in Texas, where he resided with a woman. There were alleged incidents of domestic violence, according to a statement the woman later made to Louisiana authorities, but she had not sought police assistance for those.

Scott does not appear on the radar for any major offenses until April 2, 2013, after he and the woman had moved back to Terrebonne Parish.

At about 2:16 p.m., according to a report filed by Deputy Keith Bergeron of the Terrebonne Parish Sheriff’s Office, who responded to the parking lot of a restaurant under construction on Martin Luther King Boulevard. A contractor working on the restaurant said he saw a blue sedan pull into the parking lot, driven by a woman, followed by a Nissan Pathfinder driven by a man, later identified as Scott, at a high rate of speed.

“The driver (of the sedan) stepped out of the vehicle,” the report continues. “(Mehling) stated he observed the Pathfinder to back up and then sped towards the vehicle, causing the drier to jump into the vehicle to avoid being struck … The Pathfinder struck the open driver’s side door, bending it towards the hood.”

Some of the construction workers chased Scott, the report says, and apprehended him behind the Maison de Ville Nursing Home.

Detectives and uniformed deputies swarmed the lot, taking statements and checking on injury potential. The woman gave a statement to deputies and Scott – being held by the workers – was taken into custody. He complained of injuries due to the crash and deputies took him to Leonard J. Chabert Medical Center.

On the way there, Det. Terry Daigle took a recorded statement from Scott, according to the report, which says “Rhubin did state that he was trying to kill (the woman.)”

The trouble had started, according to information in the report, when a photo of Scott and another woman appeared on Facebook. An argument ensued, and the woman told him to leave. Scott did not accept the breakup.

He was booked on those charges at the Terrebonne Parish jail, but the charges did not stick.

“The complainant did not wish to cooperate,” Maj. Malcolm Wolfe of the Sheriff’s Office said last week.

Although the woman is named in the complaint, The Times has chosen not to identify her in this story, per her request.

Trouble resumed within a month between Scott and the woman, according to additional police reports.

A car belonging to the ex-girlfriend’s mother was shot at, allegedly by Scott, on April 28, 2014. Additionally, the woman’s home was fired on in May. The woman’s mother refused to press charges despite the damage to her car.

The report of shots fired at the house, in Central Houma, resulted in a search for Scott, according to reports by Houma Police Officer Kevin Tritt that are part of the case history.

When the shots were fired, everyone there hit the floor, according to statements taken by officers, who found shells embedded in the porch area. The girlfriend’s car also had been shot at, and police officers noted in the report that there was a hole in the quarter panel.

Police searching for Scott found a bag with his identification and some personal items in a nearby house, along with what was described in the report as an AK-47 style rifle.

Scott was jailed, charged with possession of a firearm by a convicted felon, aggravated criminal damage to property, illegal use of a firearm and resisting arrest.

But there were problems with the case.

The victims refused to cooperate, prosecutors said, meaning that key linking of certain evidence to Scott could not be easily accomplished. A protective order was issued, barring Scott from contacting those victims. But that was the extent of their involvement at that point with the justice system. An additional warrant was prepared and granted charging Scott with criminal trespassing.

WEAK CASE AND A PLEA BARGAIN

Scott’s cases were assigned to State District Judge George Larke. Prosecutors, District Attorney Joe Waitz Jr. said in an interview last week, had some evidence but not enough to stand up to the scrutiny of a trial. Scott pleaded guilty to criminal damage to property and domestic abuse, in return for a two-year period of state probation, according to court records and interviews with prosecutors and court personnel.

On that same day, he was booked for having an open container in a vehicle, excess noise coming from its stereo, and having no headlights, according to court records. But the traffic-related violations were not enough for probation to be violated.

Scott walked out of the Terrebonne Parish jail on Sept. 10, 2015 and did not return there until his arrest on the murder and attempted murder charges last week.

Sheriff Larpenter lamented the loss of life in the Bayou Blue case, but reiterated that without victim cooperation, an already overburdened justice system is further hobbled. 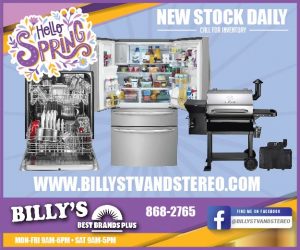