5 in custody were planning additional crimes

First Amendment to the Constitution of the United States 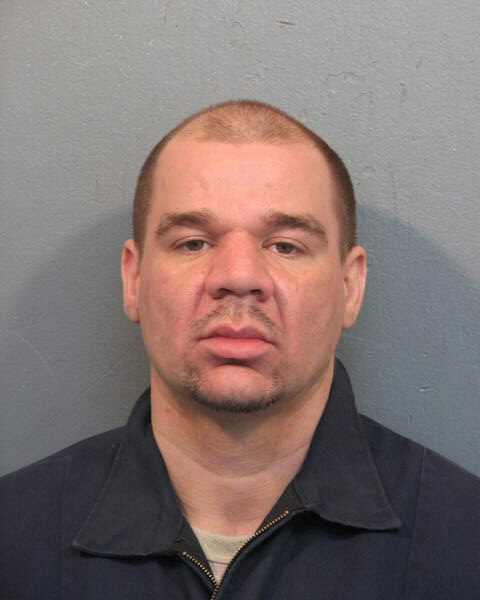 A high-speed car chase that ended with a wanted man disappearing into swampy woods near Dulac has spurred an extensive search by Terrebonne Parish deputies, along with renewed questions concerning his alleged role in a brutal Lafayette murder that occurred three years ago.

Elwood Billiot, 33, is wanted in connection with a June home invasion incident. He is also wanted for a failure to appear on a fourth charge of domestic violence. The recent pursuit has also resulted in a pending flight charge as well as criminal damage to property.

But there is another troubling aspect of Billiot’s criminal history, which is his arrest in 2012 for the murder of Sidney Touchet, a 73-year-old notary and Navy veteran who spent a lifetime helping to rehabilitate felony offenders.

A Lafayette grand jury declined to indict Billiot, who was facing a first-degree murder charge. But prosecutors and police have told members of the victim’s family that they still see Billiot as a person of interest in connection with that crime, and note the grand jury outcome does not preclude further action against him, if they are able to develop evidence.

But even though Billiot is not being re-sought for the murder at this point, Terrebonne Parish Sheriff Jerry Larpenter said he should still be considered a risk while at large, based on his overall history and the gravity of the local charges he does face.

“I would consider him armed and dangerous,” Larpenter said. “If he is a suspect in a homicide and there they didn’t have enough evidence for the grand jury, it doesn’t mean that he didn’t do it. It doesn’t mean he did do it. Just the aggravated burglary is a dangerous felony and he could get 25 to 30 years for that.”

The hunt for Billiot began after a deputy on road patrol noticed him driving a car on Grand Caillou Road Tuesday afternoon. Knowing there was an active warrant for Billiot, the deputy attempted to pull the car over. Billiot led him – and other deputies who joined – on a chase that at one point reached 100 mph. Billiot bailed out of the car leaving a female companion and her child in it; he ran into a wooded, swampy area.

“We looked as hard as we could but our dogs couldn’t track him,” Larpenter said. “A Coast Guard helicopter assisted but we couldn’t find him. I was born and raised around swamps and I guarantee if I wanted to hide in those swamps, you couldn’t find me.”

The family of the murder victim in the Lafayette case has recently renewed their plea to authorities for an aggressive investigation, and they are hoping that anyone Billiot – or anyone else involved – may have been confided to will come forward.

“He was always the prime suspect, and the detective who now has the case told us he is still a suspect,” said Ron Robicheaux, who is married to one of Touchet’s nieces.

His bound body was found inside his burning home, and a Lafayette police spokesman, Cpl. Paul Mouton, said it appeared that Touchet died prior to the house erupting into flame.

Terrebonne authorities are well aware of Billiot’s background, and of his connection to the Touchet case.

The victim’s Mustang automobile was located in Terrebonne Parish days after the murder and authorities confirmed that Billiot had driven it. Items in the car believed to have belonged to Touchet – details of which were not made public – were viewed as evidence supporting the murder charge.

Already wanted in Terrebonne for a domestic violence charge and other crimes, Billiot was handed over to Lafayette and held in lieu of a $5 million bond, remaining jailed until his release.

“We do not know if our uncle knew him,” a Touchet family member said of Billiot. She, like some other family members, asked not to be identified by name because of concerns that their safety could be jeopardized. “He had (Touchet’s) vehicle and his belongings and he had to see him that same day. Do I think he did it? I can’t say that he did. Do I think he had something to do with it? He could have just been an associate. I pray to God that he or whoever did this has opened up to somebody and confessed.”

The home invasion, according to Det. Capt. Dawn Crouch of the TPSO, involves an allegation that Billiot broke into the home of an ex-girlfriend with whom he fathered a child. Only the woman’s current boyfriend was home, and he was allegedly assaulted by Billiot, who left with items that belonged to the child.

Billiot’s family members and known associates have already been interviewed by Terrebonne investigators, and say they don’t know his whereabouts.

But anyone who might be helping him hide out, Larpenter warned, will face severe consequences.

“They would be charged, they will be charged, with aiding and abetting,” the sheriff said. “Everybody in the family knows we are looking for him, and it’s only a matter of time before we find him. He will turn up.”